Deprecated: Function get_magic_quotes_gpc() is deprecated in /home/customer/www/nicholasgault.com/public_html/wp-includes/load.php on line 651

From Palestina (Huila) to Pasto via Mocoa, Nariño in Colombia (scroll to end of the post for route map). This section involved: 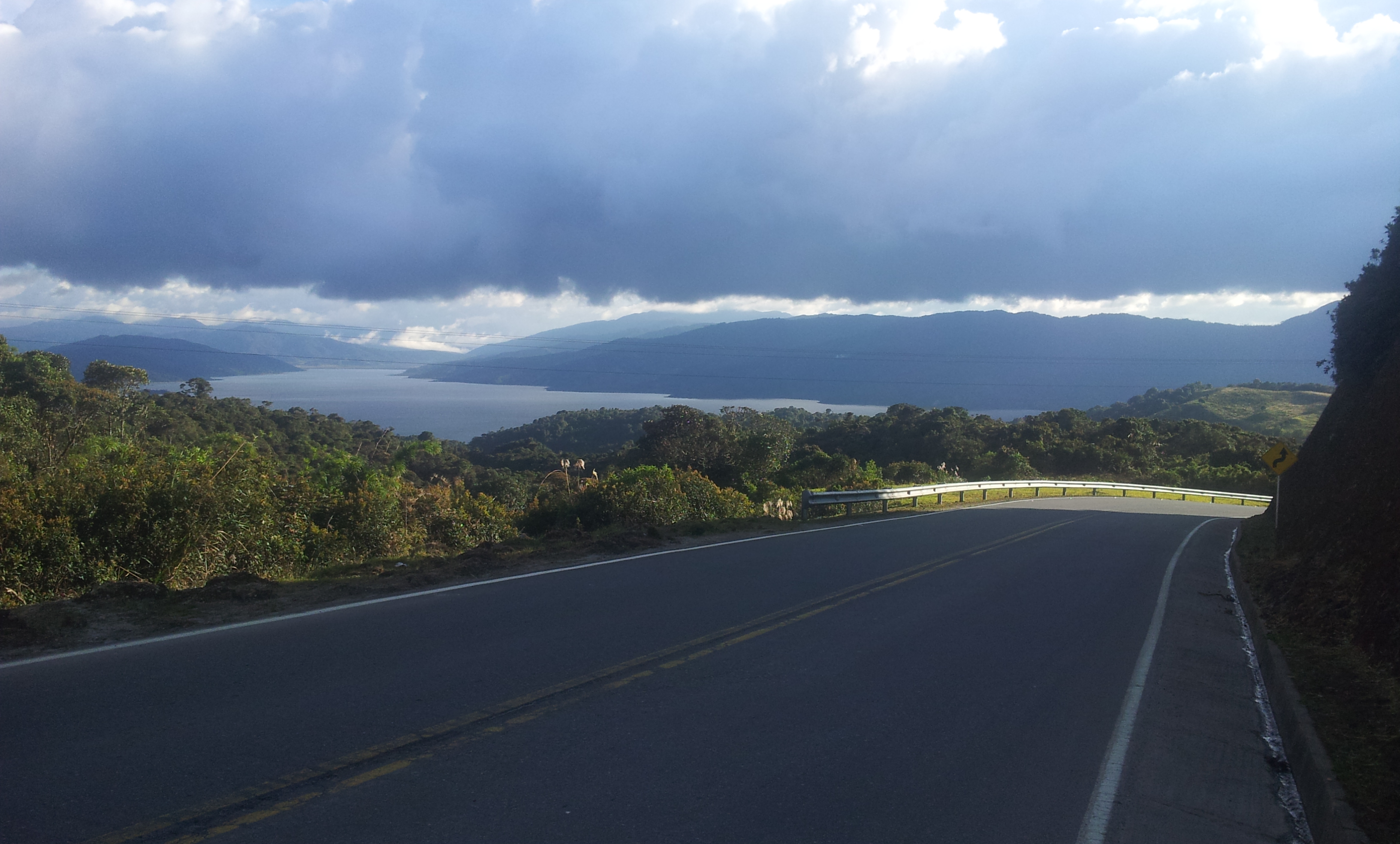 More on the beautiful Laguna de la Cocha: I emphasise that this is a natural lake that is protected because there seem to be a lot of man-made hydroelectric lakes in Colombia, which is a shame since it causes both extensive damage to the environment and to the many people who lose their homes.  A lot of these dams are allegedly owned by Spanish companies which somehow makes it worse (shafting Latin America twice, I think heard muttered a couple of times).  I was told that Colombia receives very little of the profit (less than 20%).  The Department of Huila seemed like a particular target for these dams with the inhabitants receiving very little additional benefit from the destruction caused to their homes and they are the ones most affected.  Further threats of future constructions and flooding of valleys weigh heavily on the minds of locals.  The beautiful farm (featured in the video) called El Encanto that I stayed at in Palestina (Huila) was one of the places under threat.

Obviously I’m regurgitating what I have been told passing through the country and it represents only one side of the story.  However, these are the people directly impacted and their opinion should have more weight.  There must be another way, Colombia and please look after your most valuable asset.  At least, for now, they have it right with Laguna de La Cocha, even though there are plenty of businesses who would have it otherwise.

Other thoughts on the route from Mocoa to Pasto: 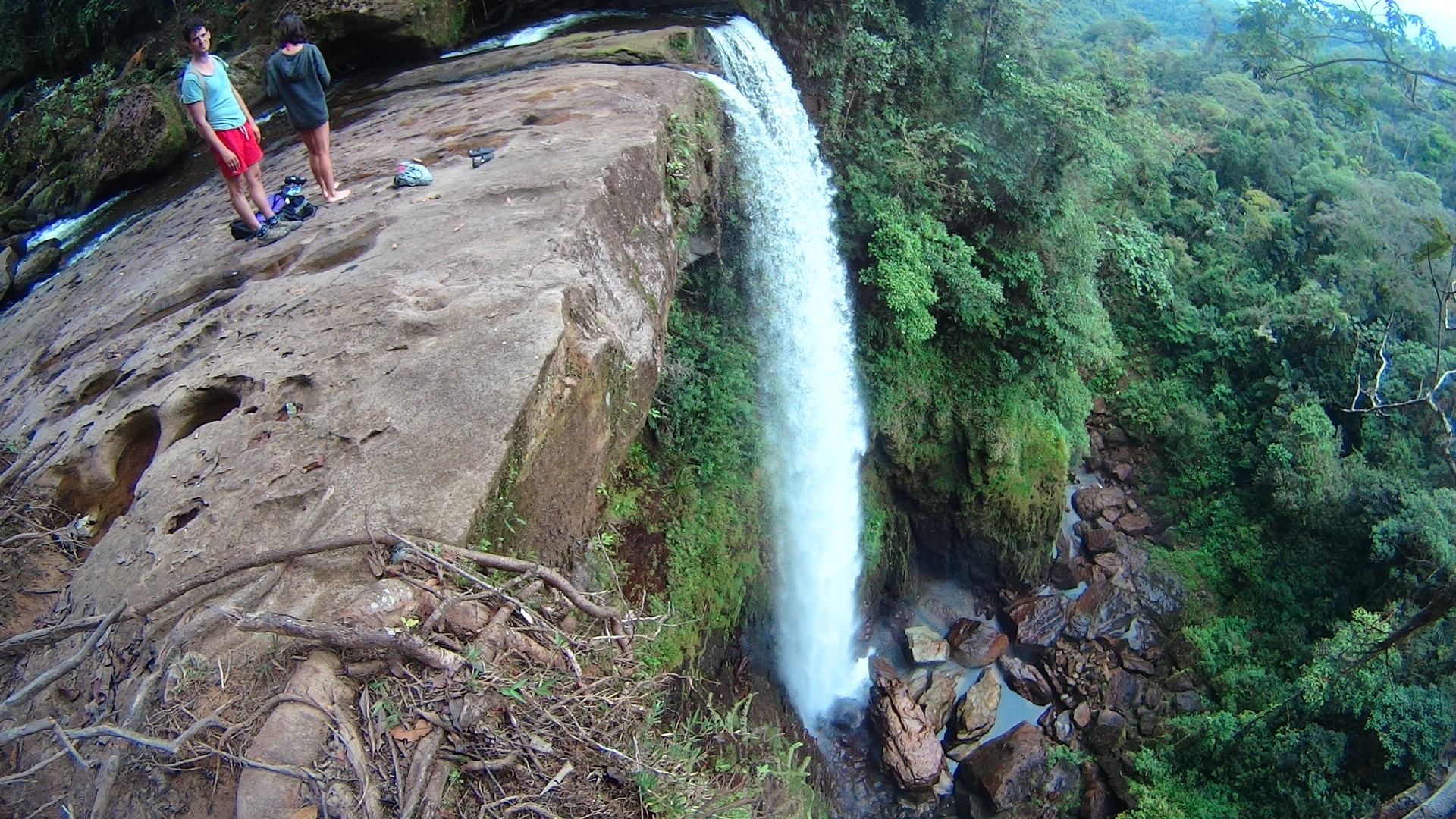 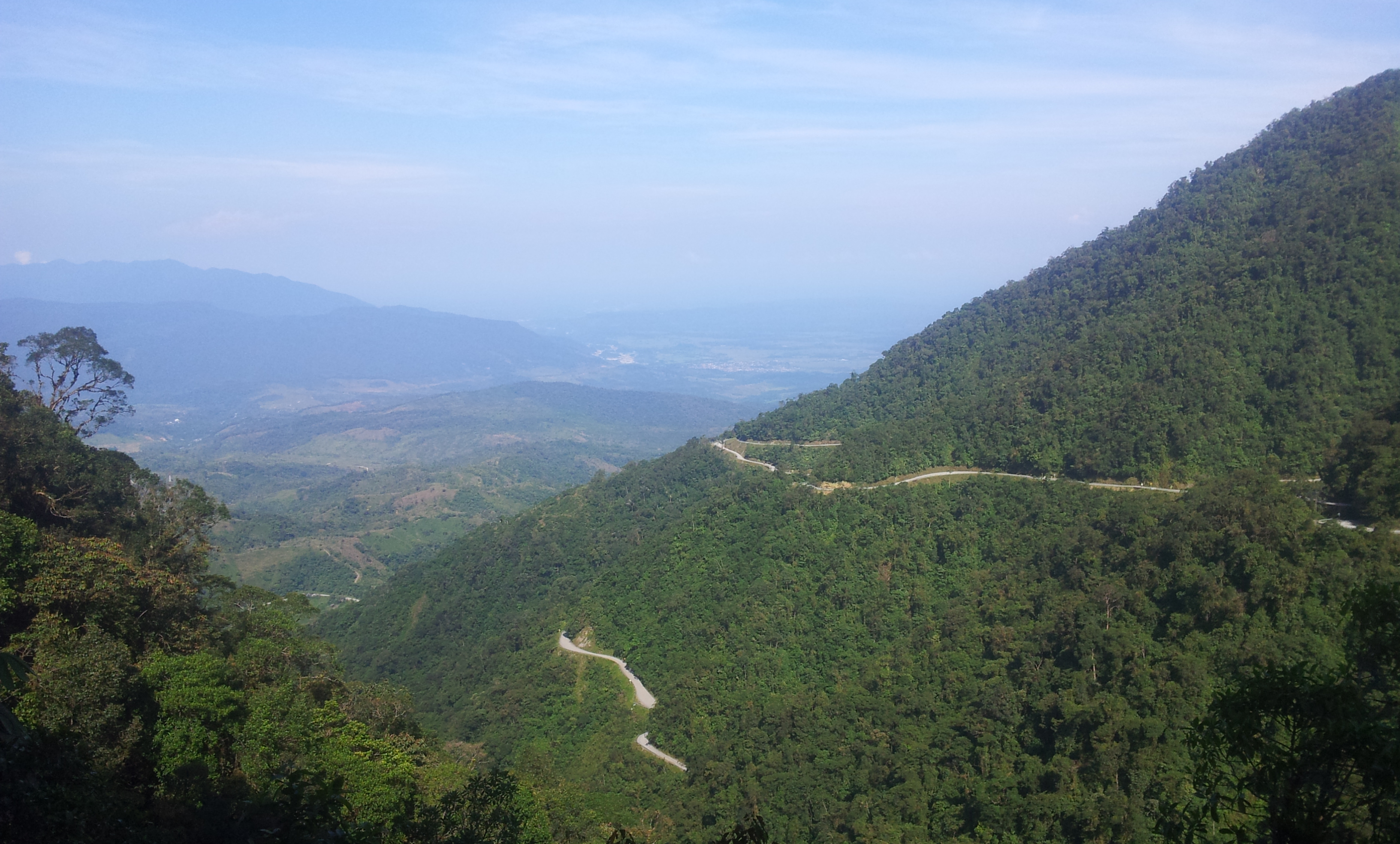 The first climb – out of Mocoa 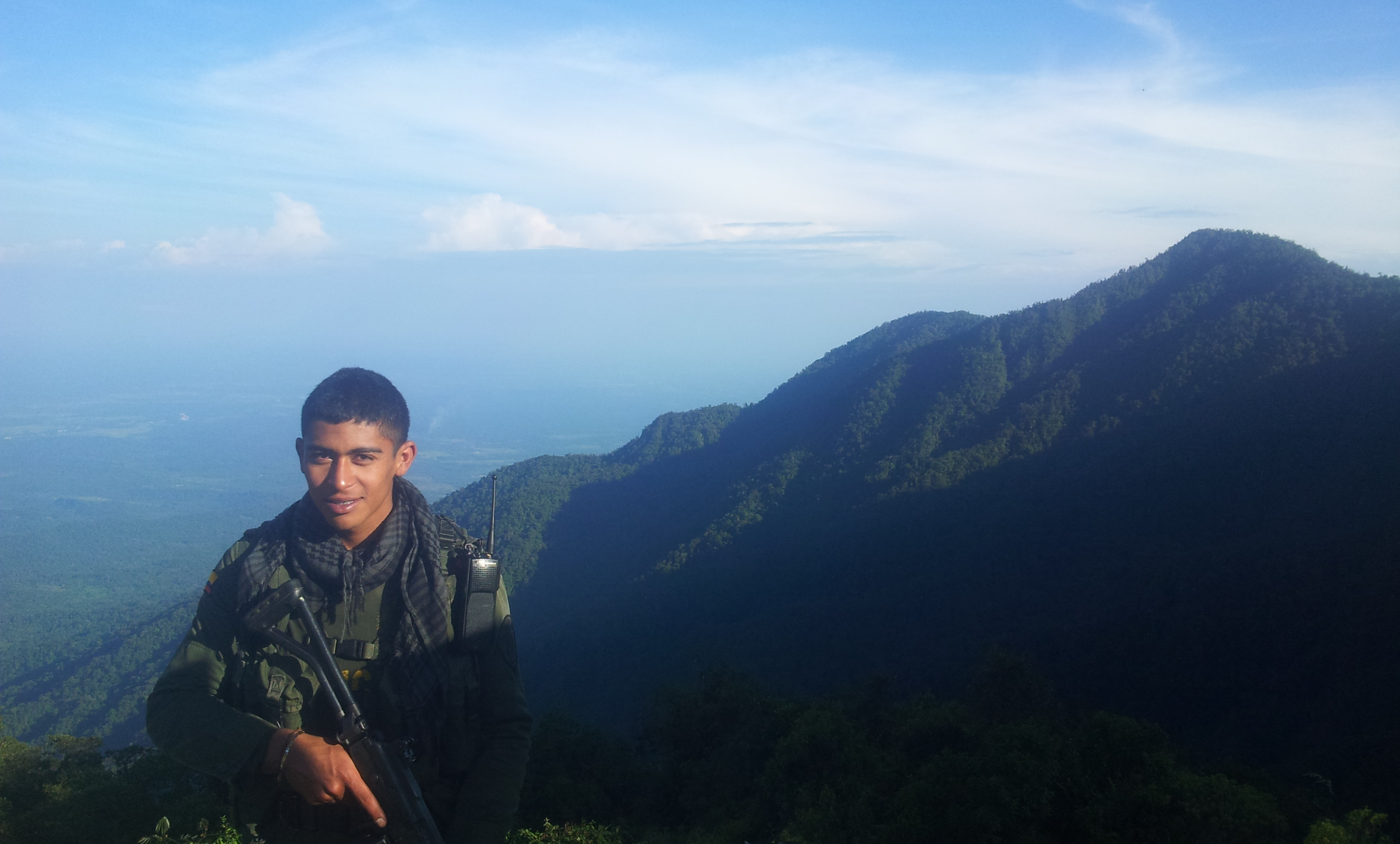 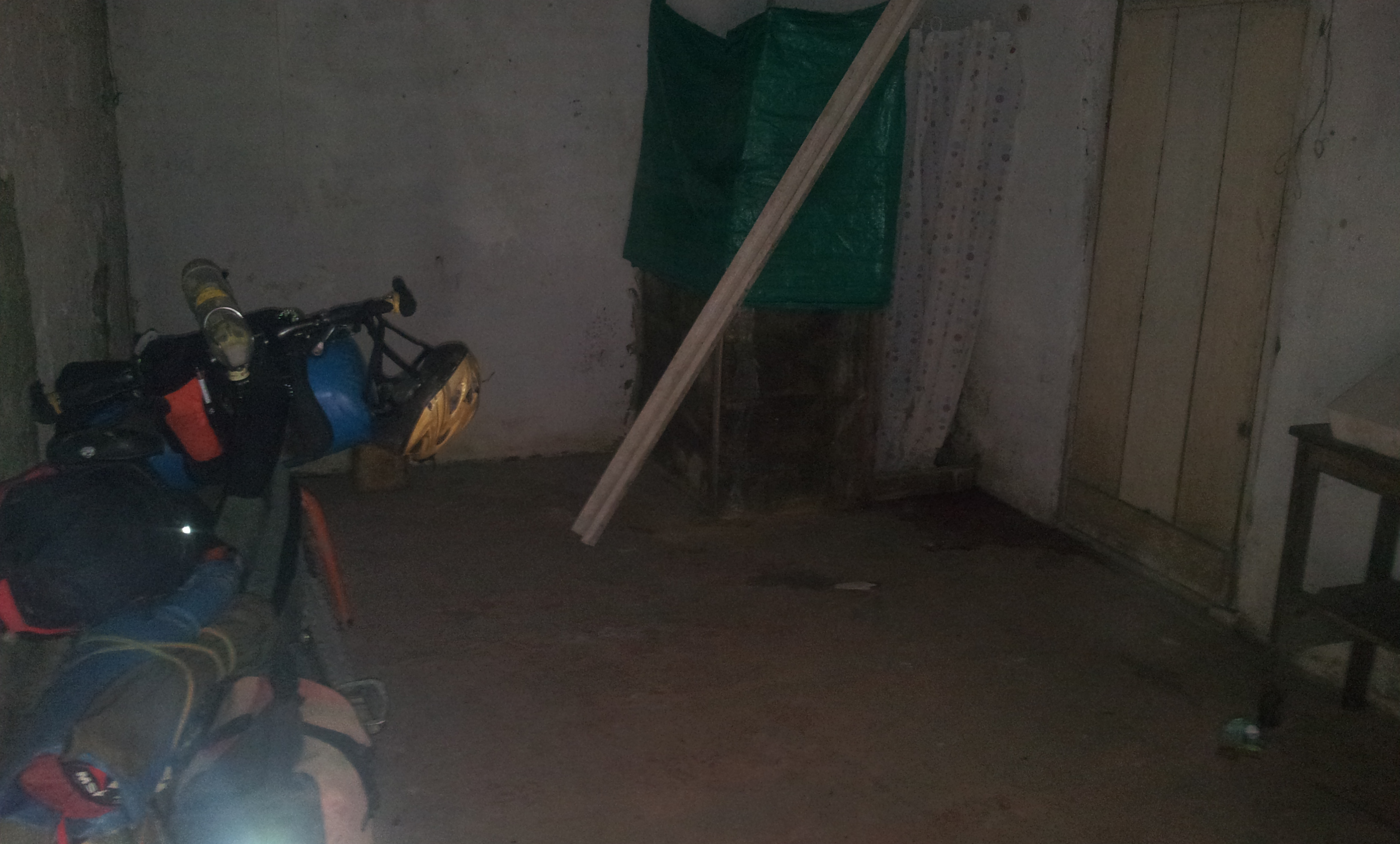 Not the nicest smelling room for sleeping in, the shower had clearly been used as a toilet.  The shelter was appreciated though… 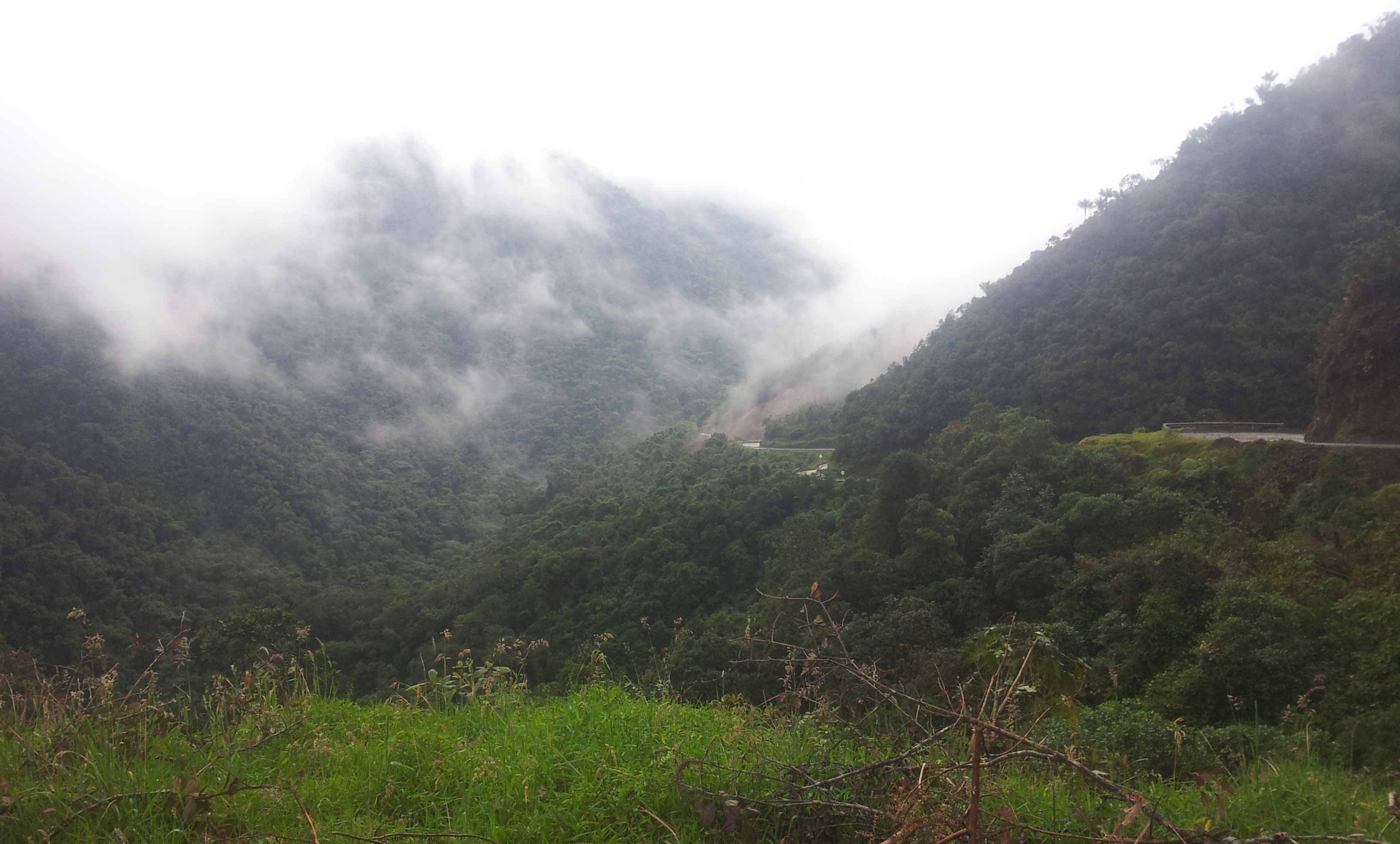 Up and over.  Descending down the other side of the first pass of four. 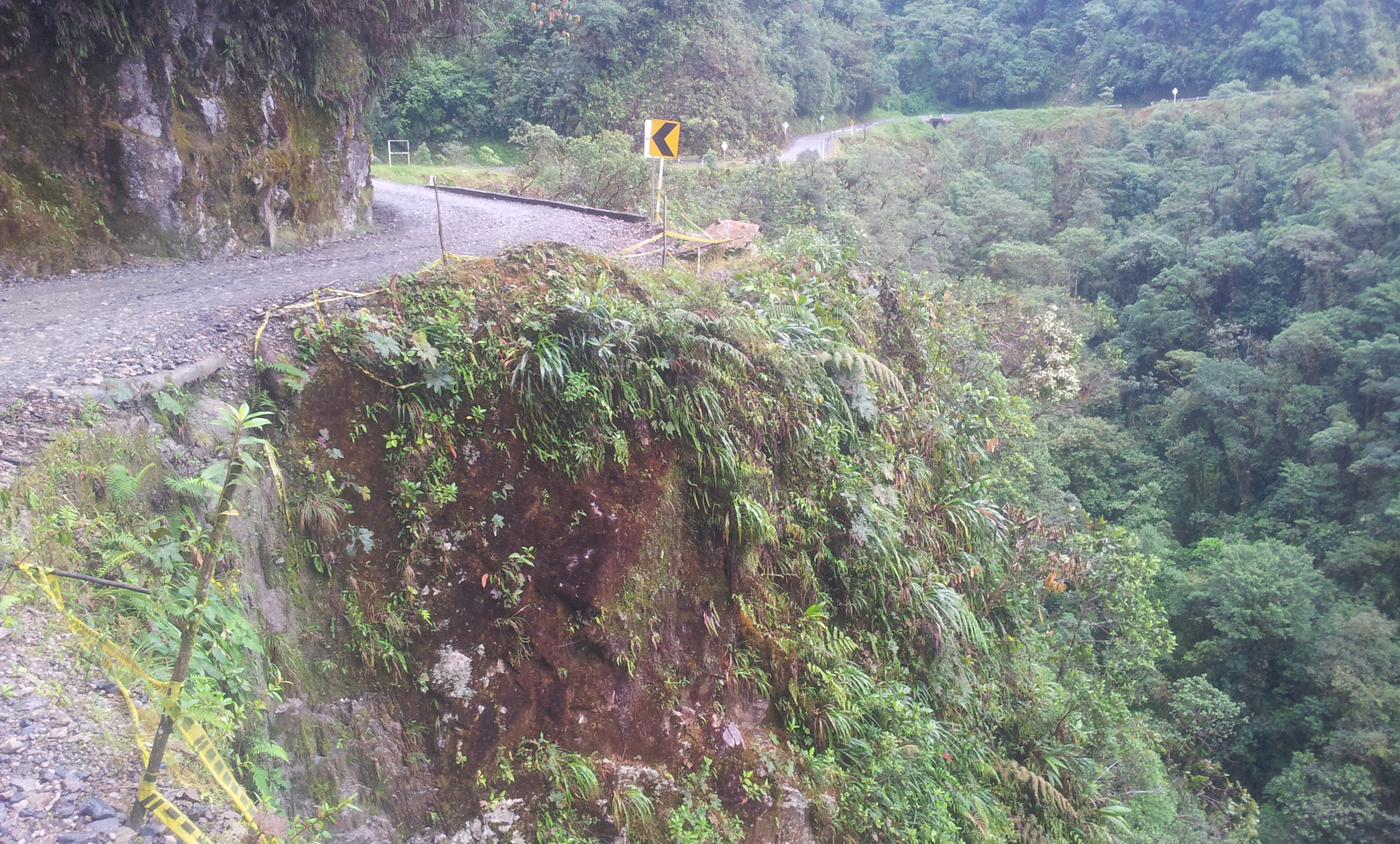 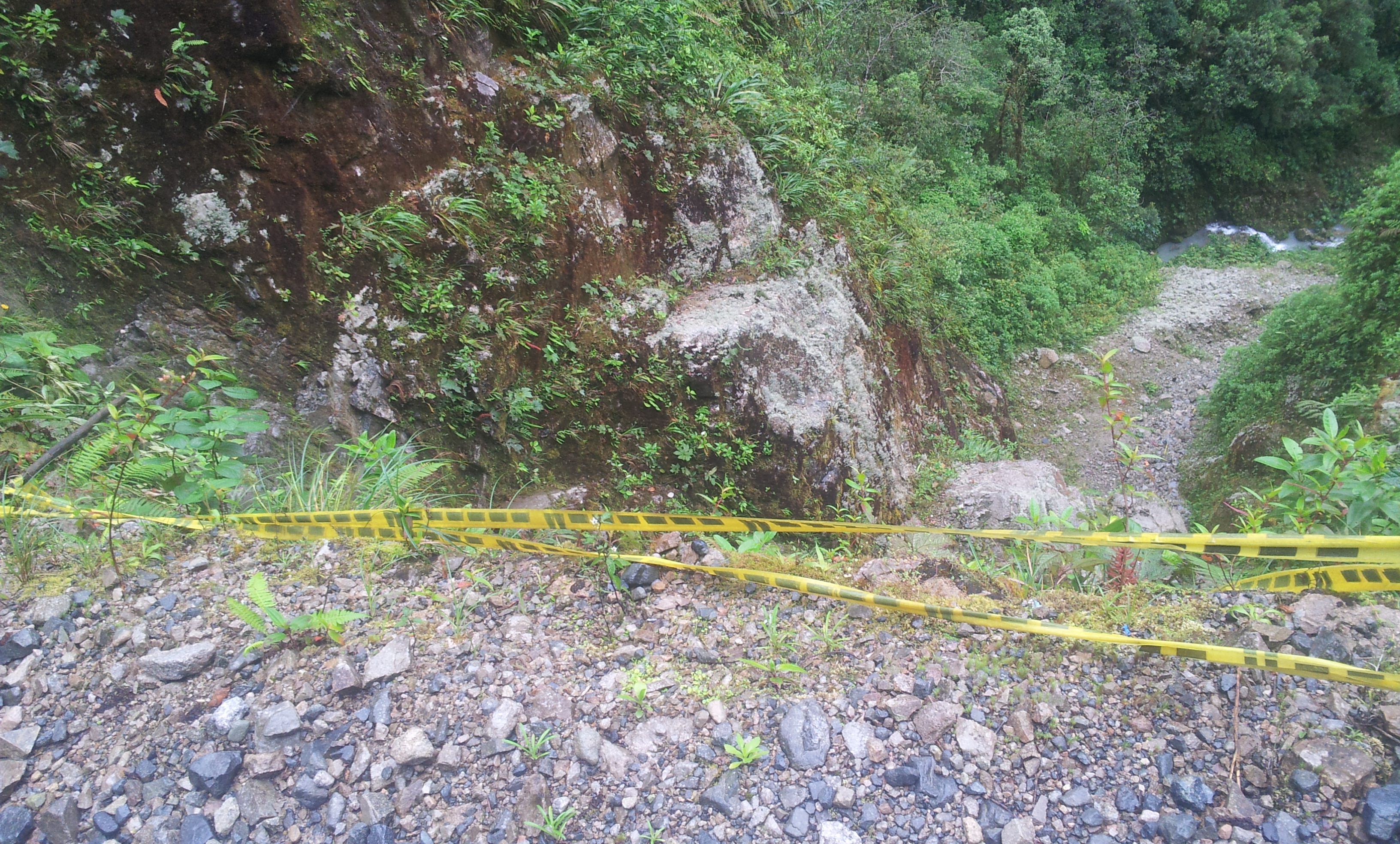 On these narrow roads, and with drop-offs like these, a bicycle is the preferred mode of transport. 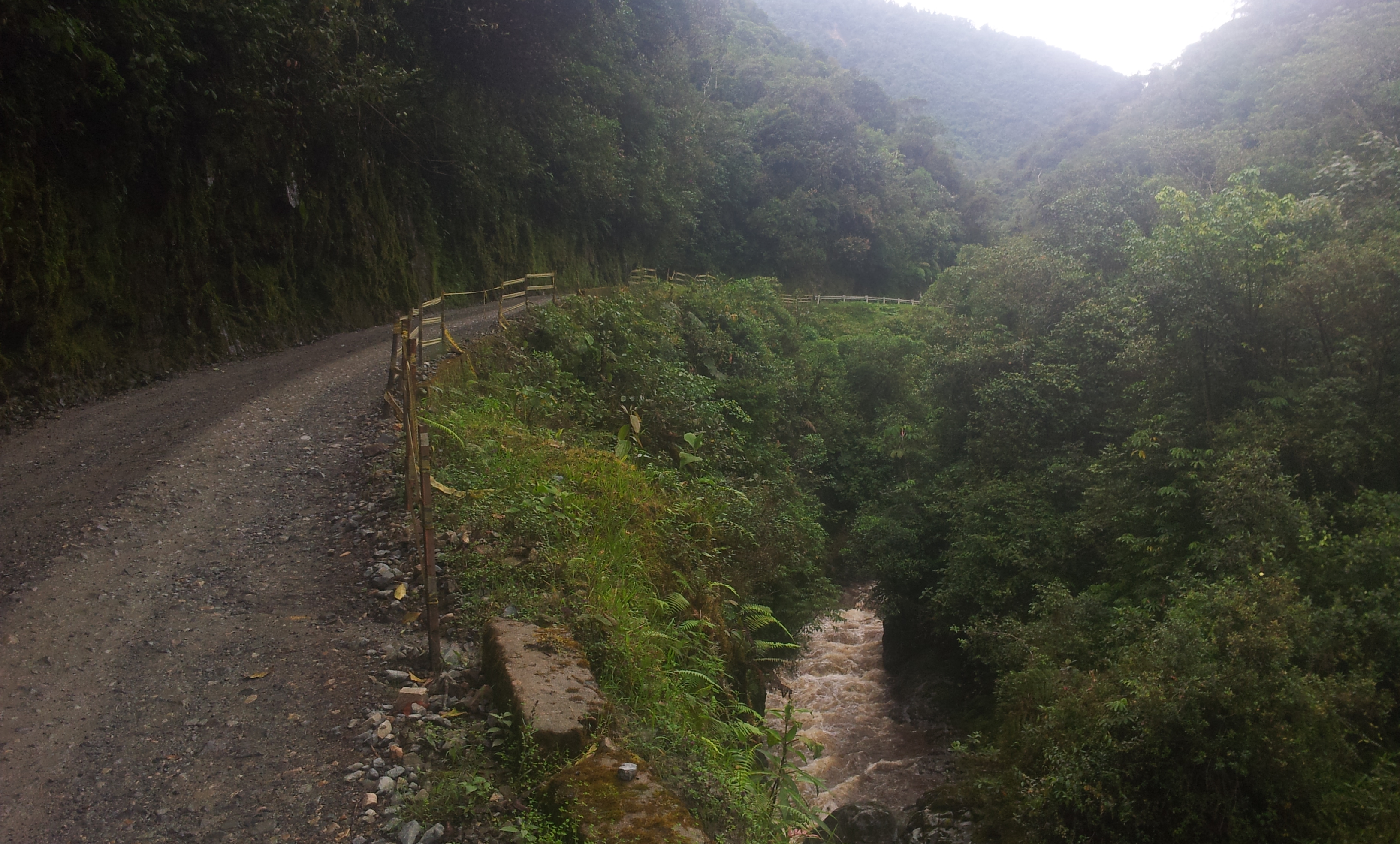 In the trough between the first and second passes ready to start climbing again.

Looking back towards towards the third pass I’d just crossed. Laguna de la Cocha coming into view on the far right. 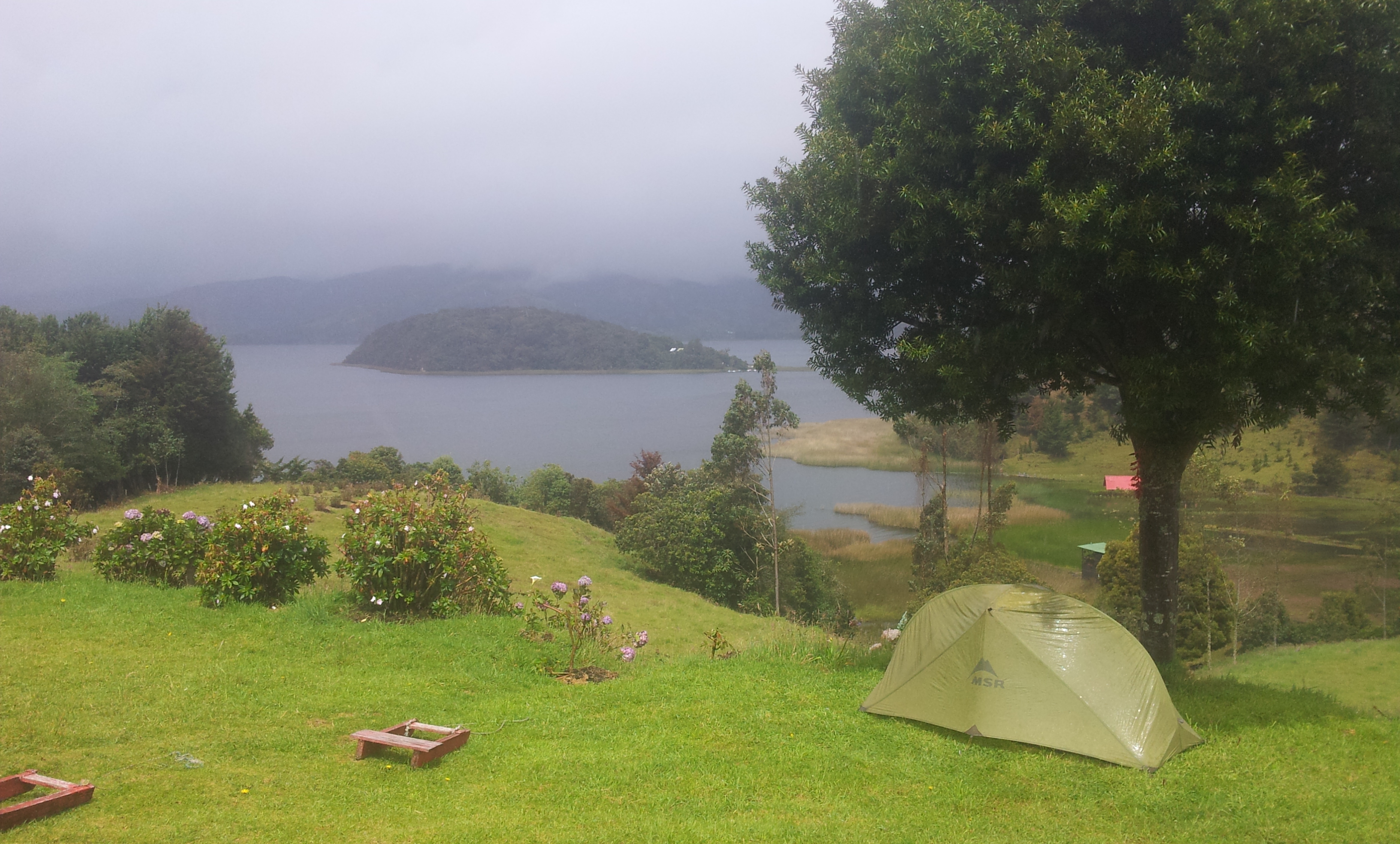 Free camping although it would possibly be impolite to not purchase a couple of their tasty meals (which are understandably on the more expensive side due to the location but if you’re saving on accommodation, it works out ok).  Trucha (trout) is particularly popular in these parts; farmed in the lake. Owned by a very welcoming mother and son. 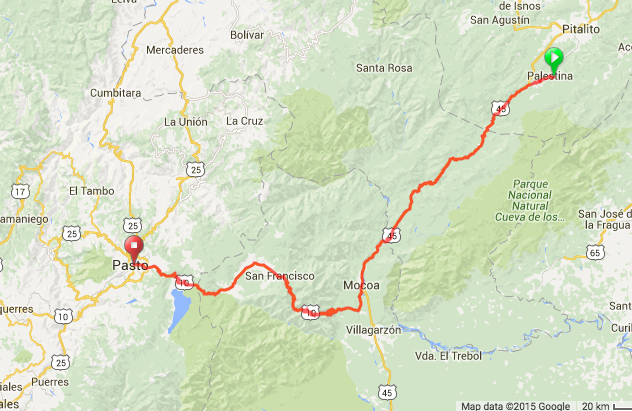 Click for the GPX file to take you to ridewithgps.com


Deprecated: Function get_magic_quotes_gpc() is deprecated in /home/customer/www/nicholasgault.com/public_html/wp-includes/formatting.php on line 4358