As I left Puntarenas and I headed left up the unpleasant Panamerican Highway, I chuckled that I was heading back towards Nicaragua where I’d come from. Would I ever manage to leave Costa Rica? I’d already clocked up 3 months and I hadn’t even traveled a third of this small yet beautiful country.
[If you’re looking for an off road challenging route through Costa Rica, you could also consider Ruta de los Conquistadores; more details here] 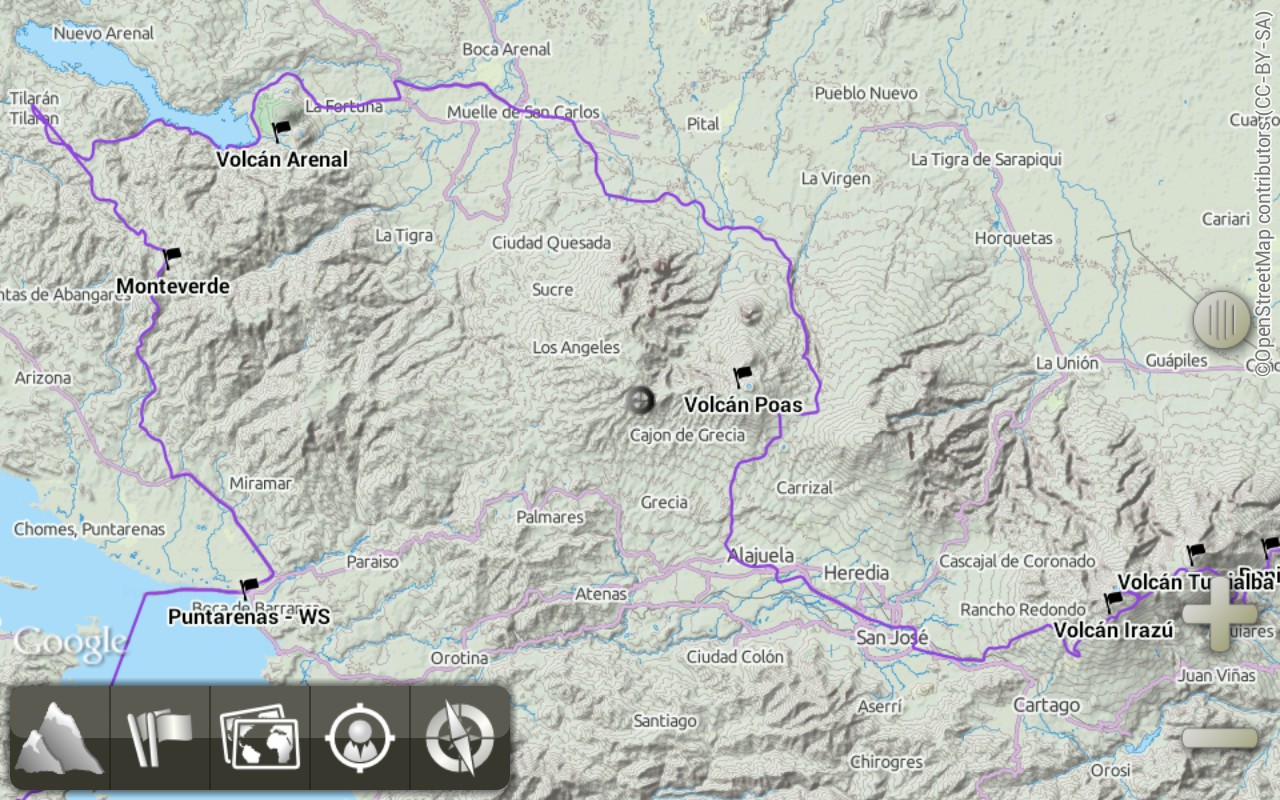 The traffic was grim; huge trailers and long streams of traffic passed me at high speed. It was a relief to finally get off the highway and head up the quiet road up to Monteverde… 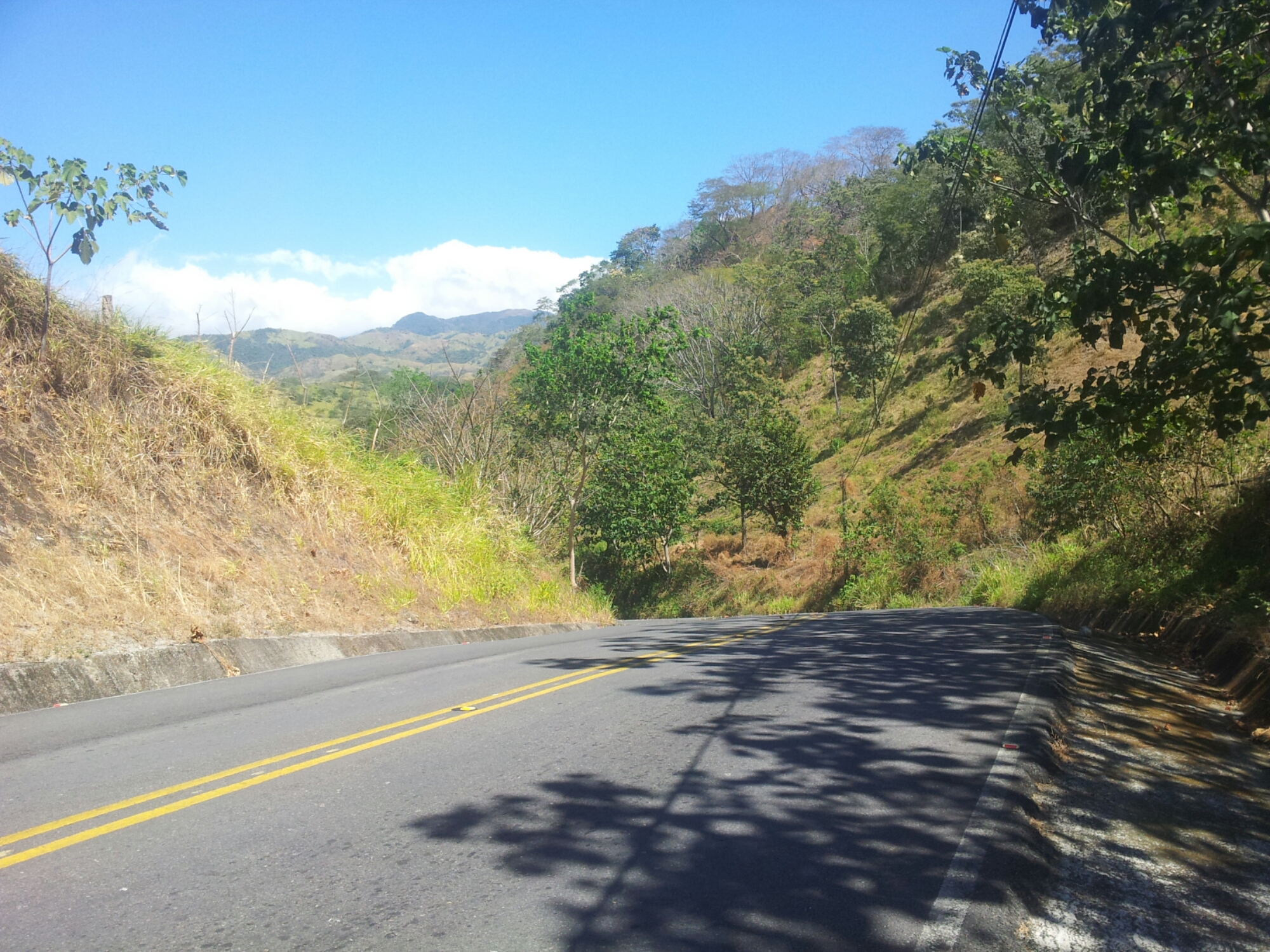 The road started off with some steep ups and downs 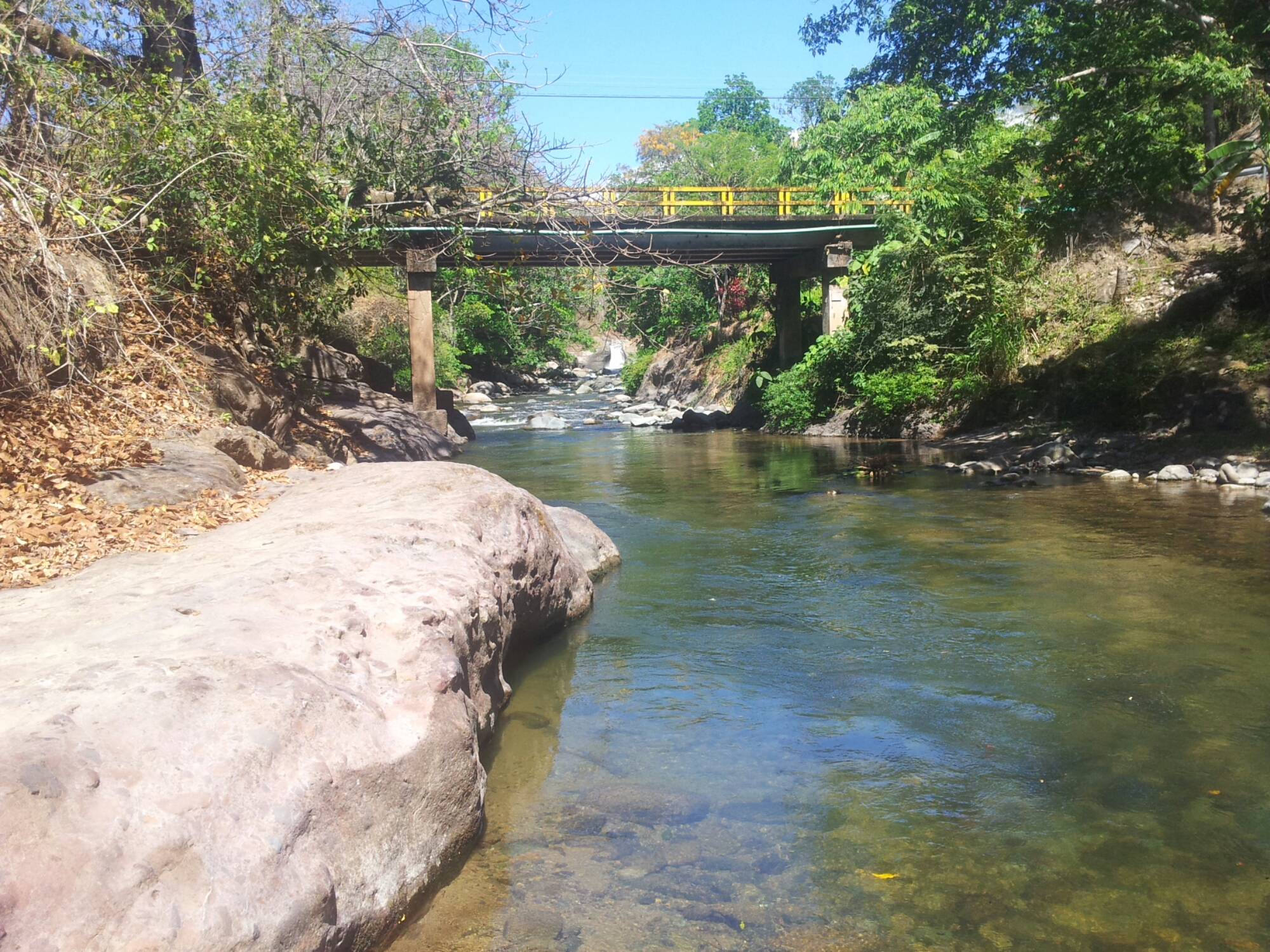 Sweating immensely, I took a dip in this river 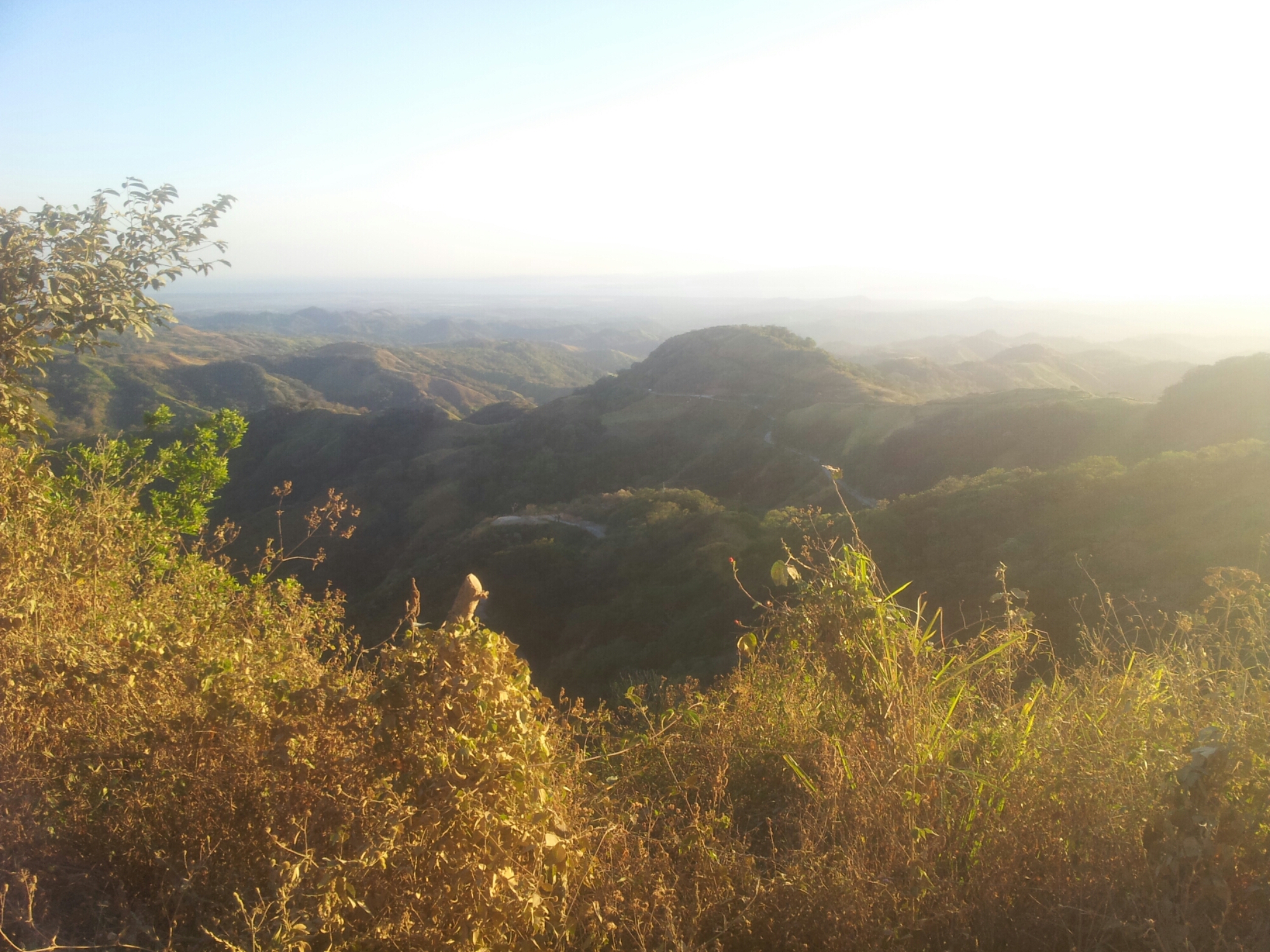 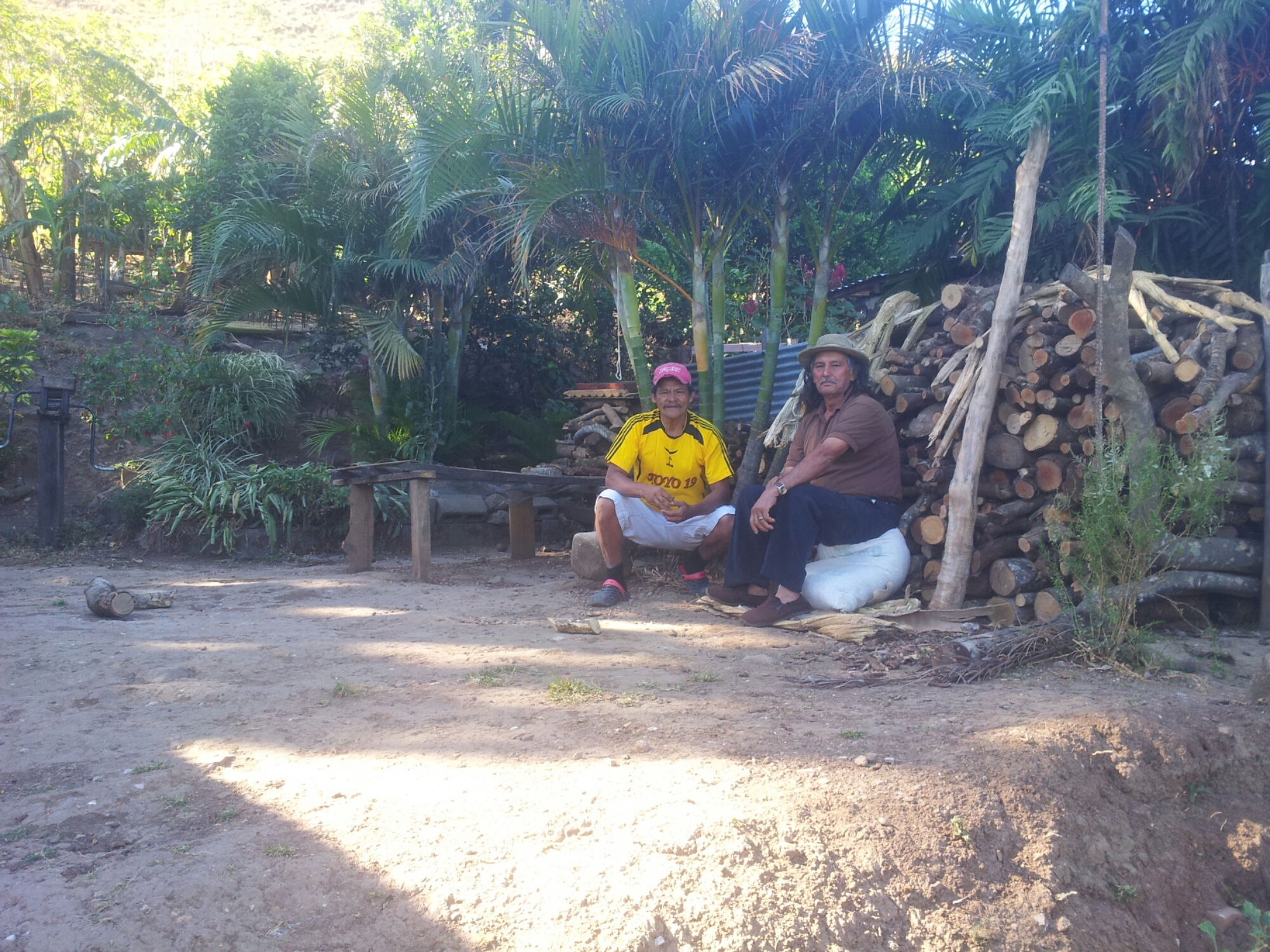 Realising I wouldn't make it to Monteverde before dark, some kind Ticos gave me a place to put my head down

After a few eggs for breakfast I continued on through Monteverde. Everything there cost something, including all the natural attractions. No thanks, I've seen a lot of incredible geography for free. I mean, does the money really go into preserving the wilderness or lining someone's pockets? 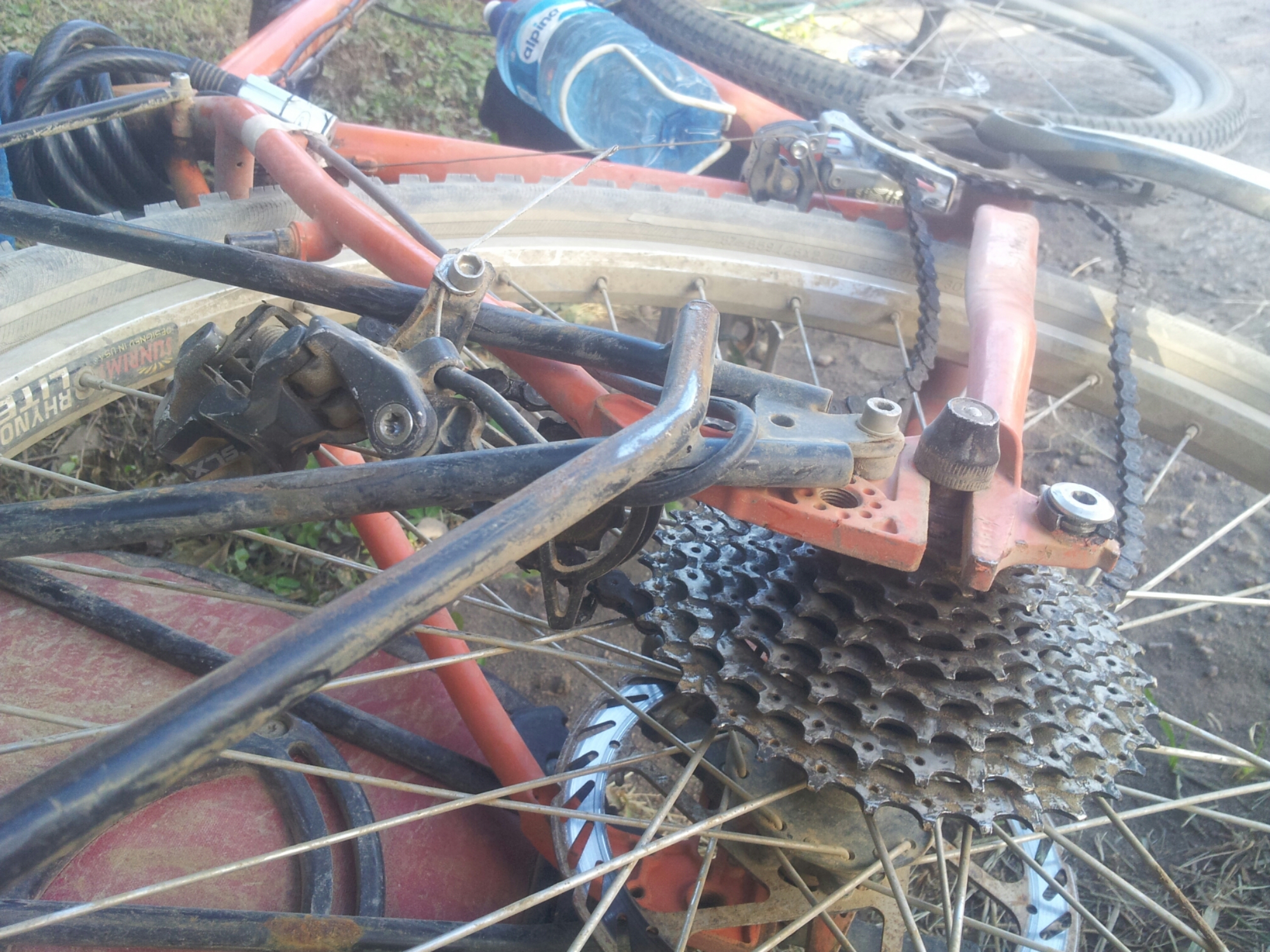 The derailleur had been jumped forward under high tension a fair bit in recent memory and had bent sideways the day before. Bending it back must have weakened it. I believe this was originally due to an old mechanical failure that happened in Alaska at the start of my trip. Pretty happy to have got another 17000km out of it.

I attempted to fix it and use just single speed but then the chain jumped onto a large ring. After this, the chain wouldn’t turn and I couldn’t get the thing off since it was under so much tension. Since my bike was impossible to cycle I caught a ride to Tilaran and stayed there the night after fixing my bike. 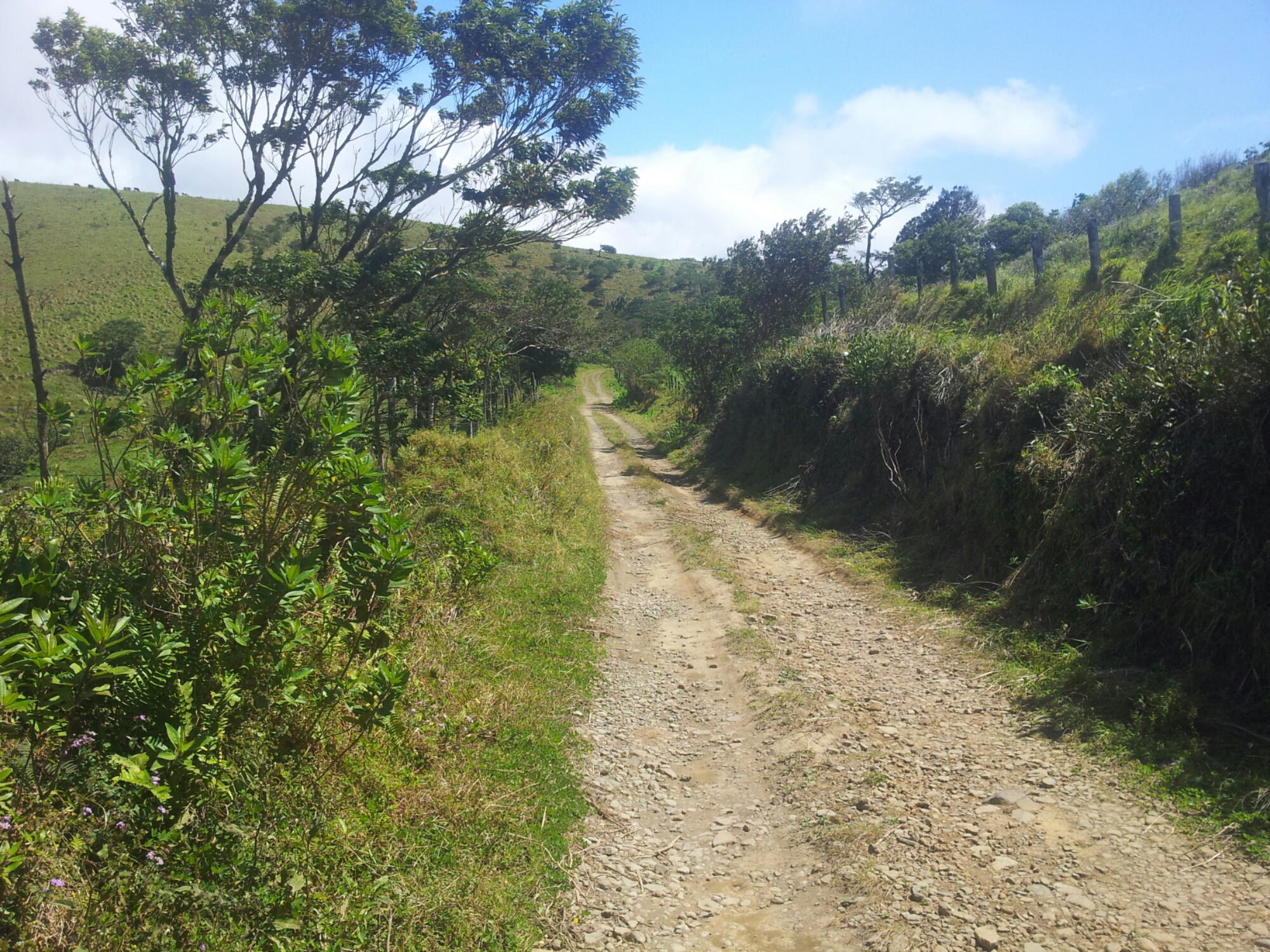 The next day I cycled the 20 or km back up the hill to where the derailleur snapped finding some pleasant country riding... 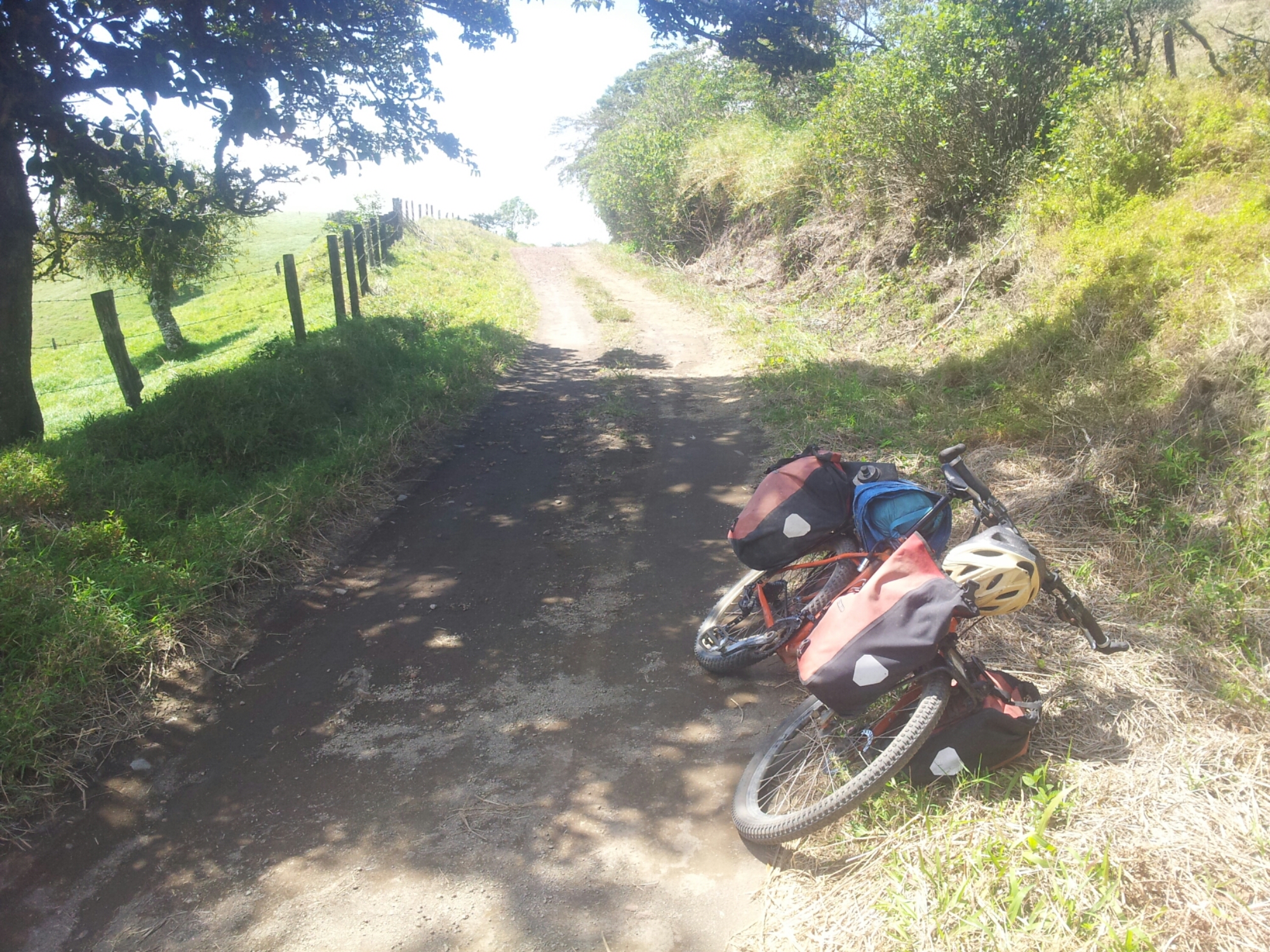 ...that reminded me of the South Downs in England 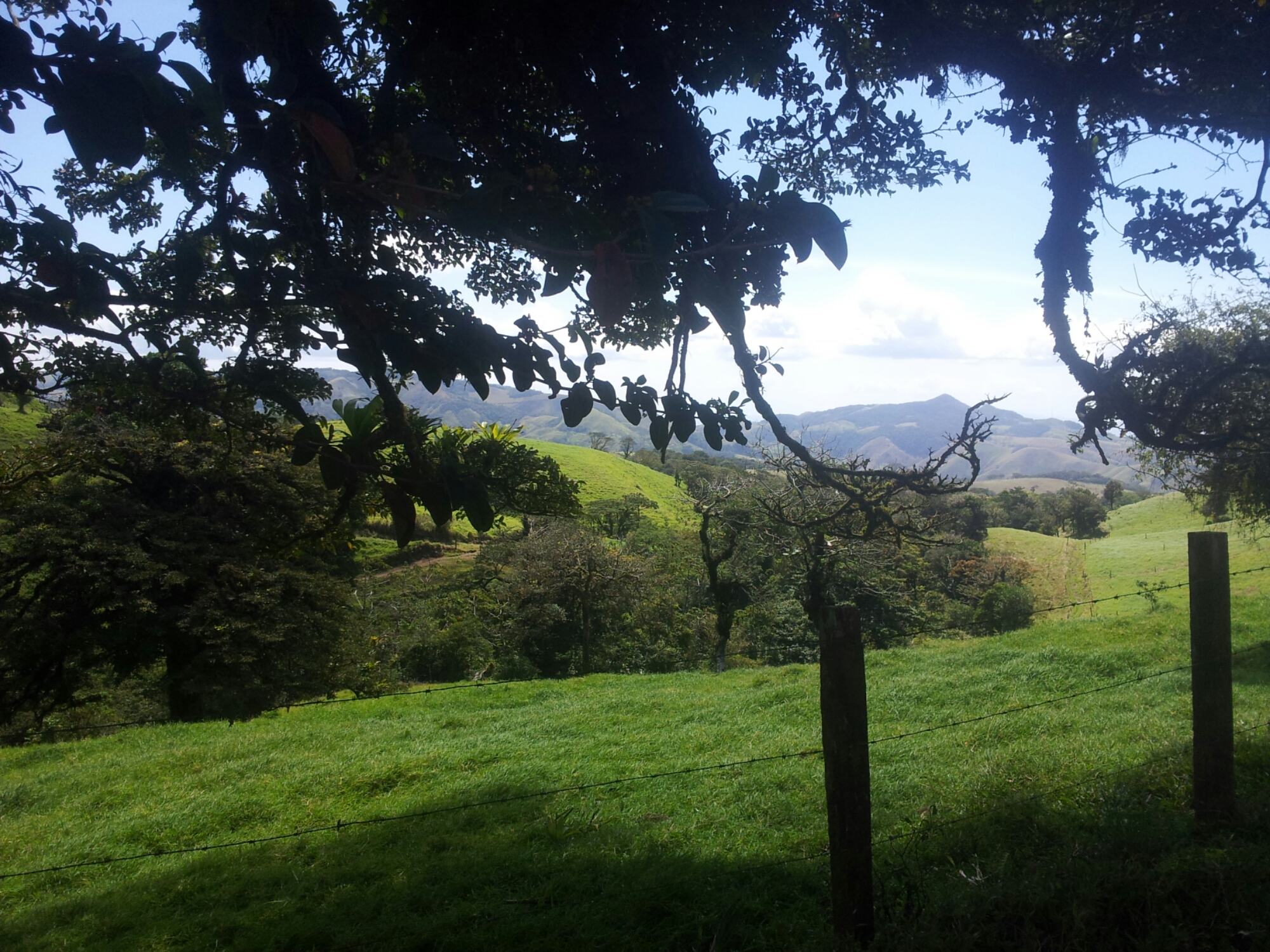 Only much much hotter

Sweating my way back up the hill, I passed the turn off to Rio Chiquito that was on my planned route. I wanted to return to the exact same spot where I’d had the mechanical failure the day before, turn the handle bars around and head straight back down the hill and take the route Rio Chiquito as planned. I contemplated what was making me return to the exact same spot only to then cycle back down it. There were endless days /months of cycling ahead of me. No-one was watching and if they were, they certainly wouldn’t care. The reason was integrity. I’d made a promise to myself to cycle every kilometre where it was practical and not totally unsafe. I’d had to take the bus once in the US and even though the bus route was lengthening my journey and heading in the wrong direction it was slightly disappointing. However, I did it for safety reasons and so I was at peace with the decision. I could see no good reason to skip these few kilometres so I continued on up in order to head back down. Sticking to your principles may seem absurd at times but it is important in order to remain strong. 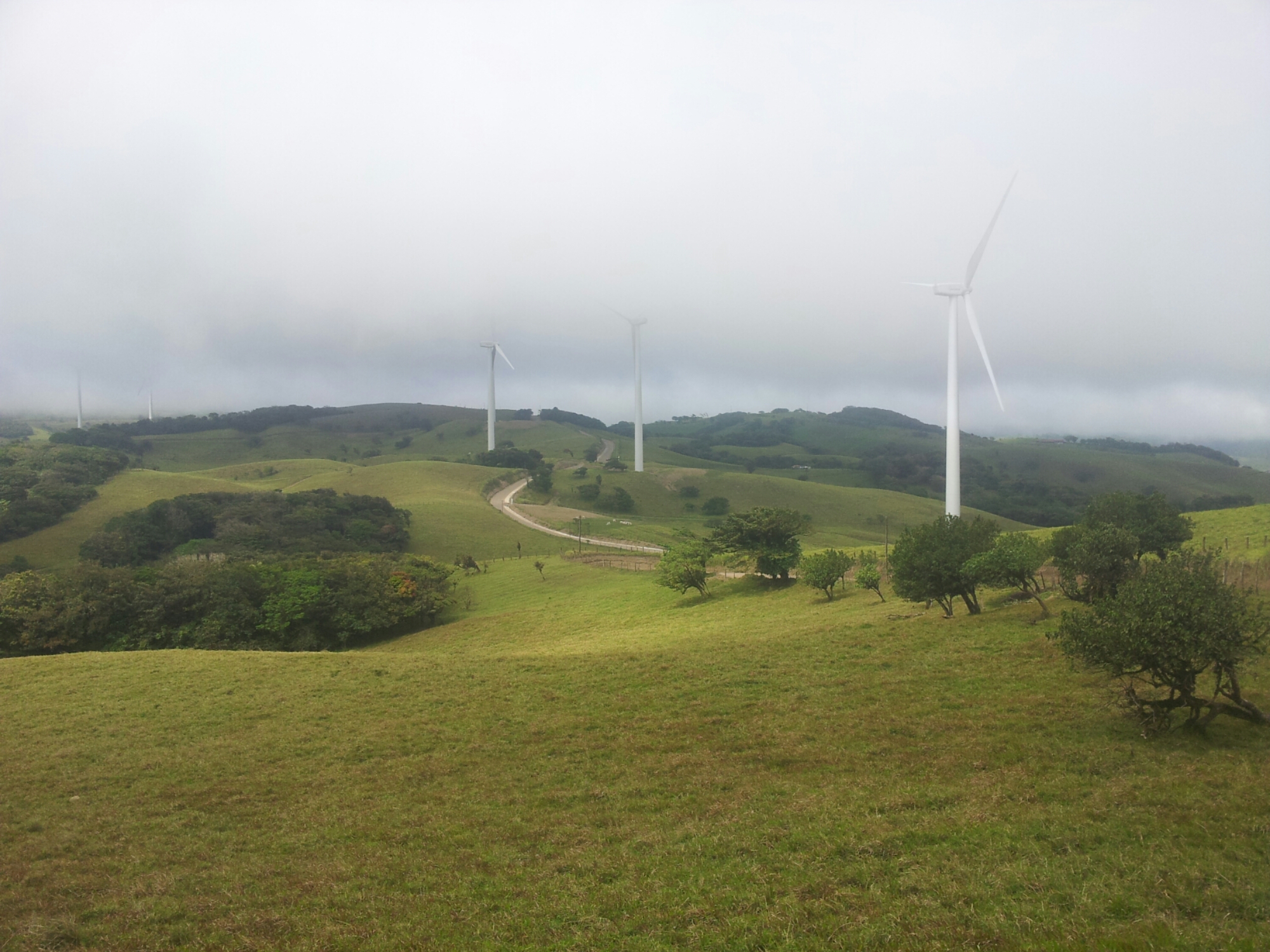 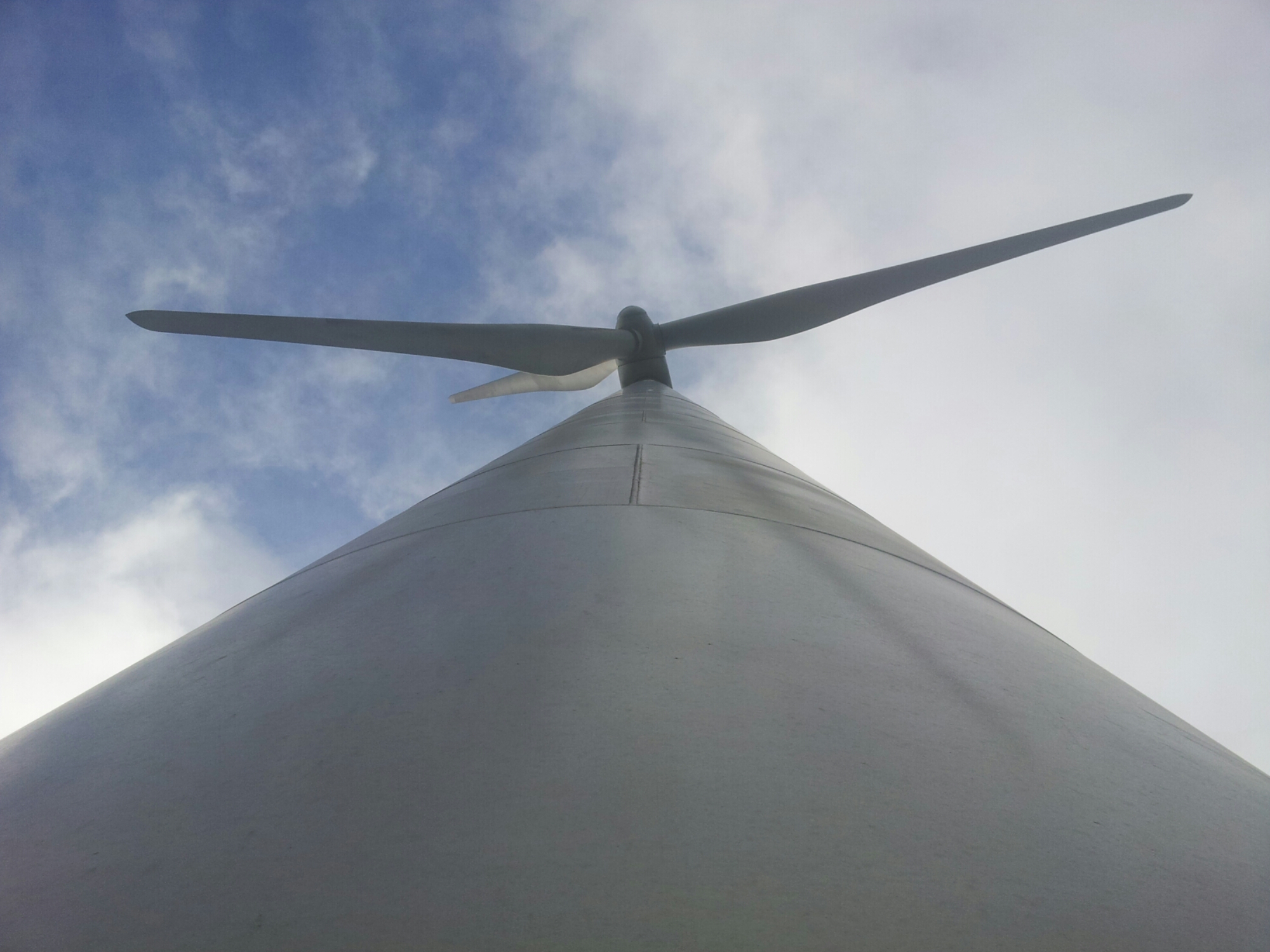 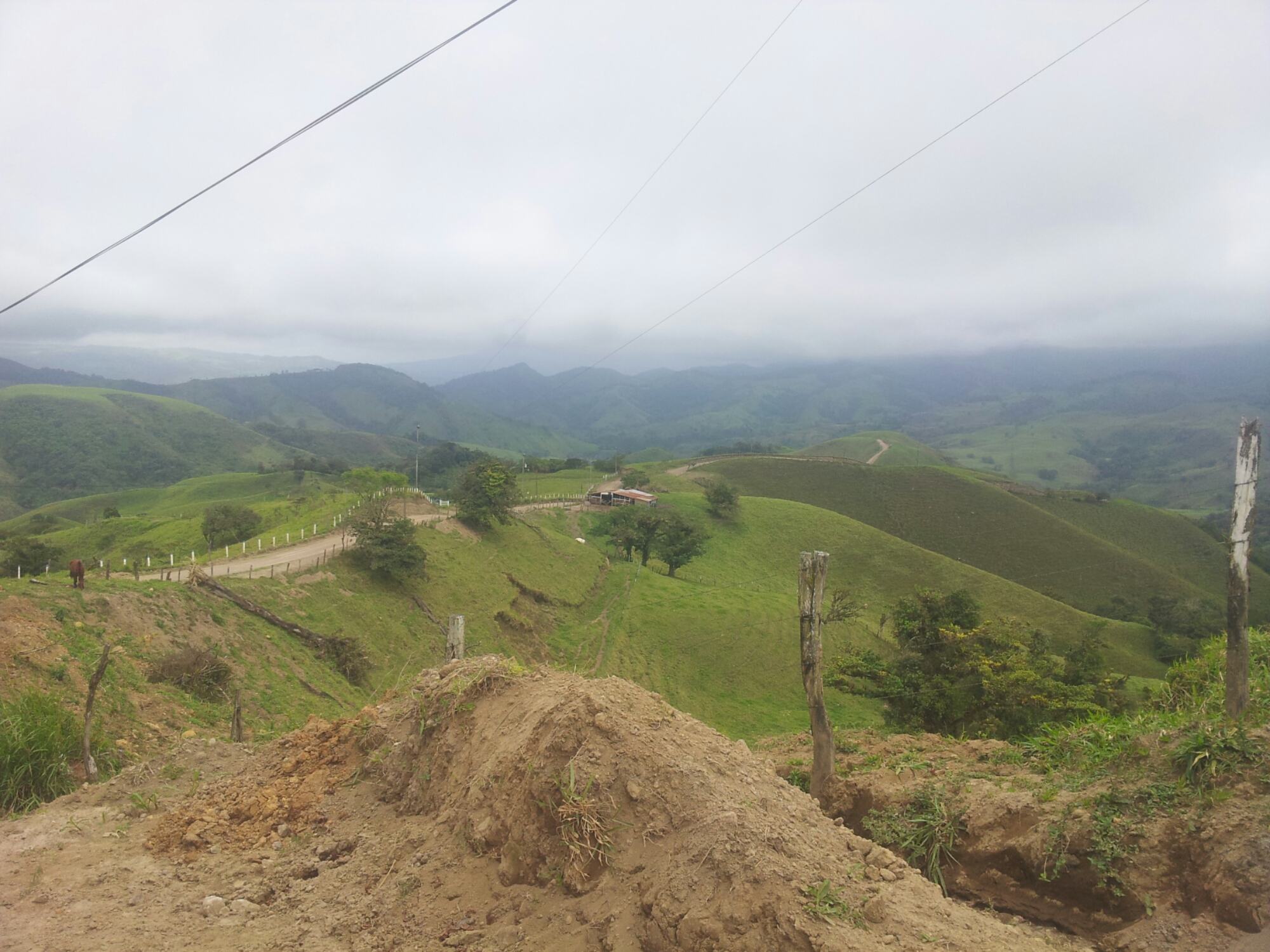 Normally there's an epic view of Volcán Arenal overlooking an enormous lake here. I started smacking my lips at the impending downhill... 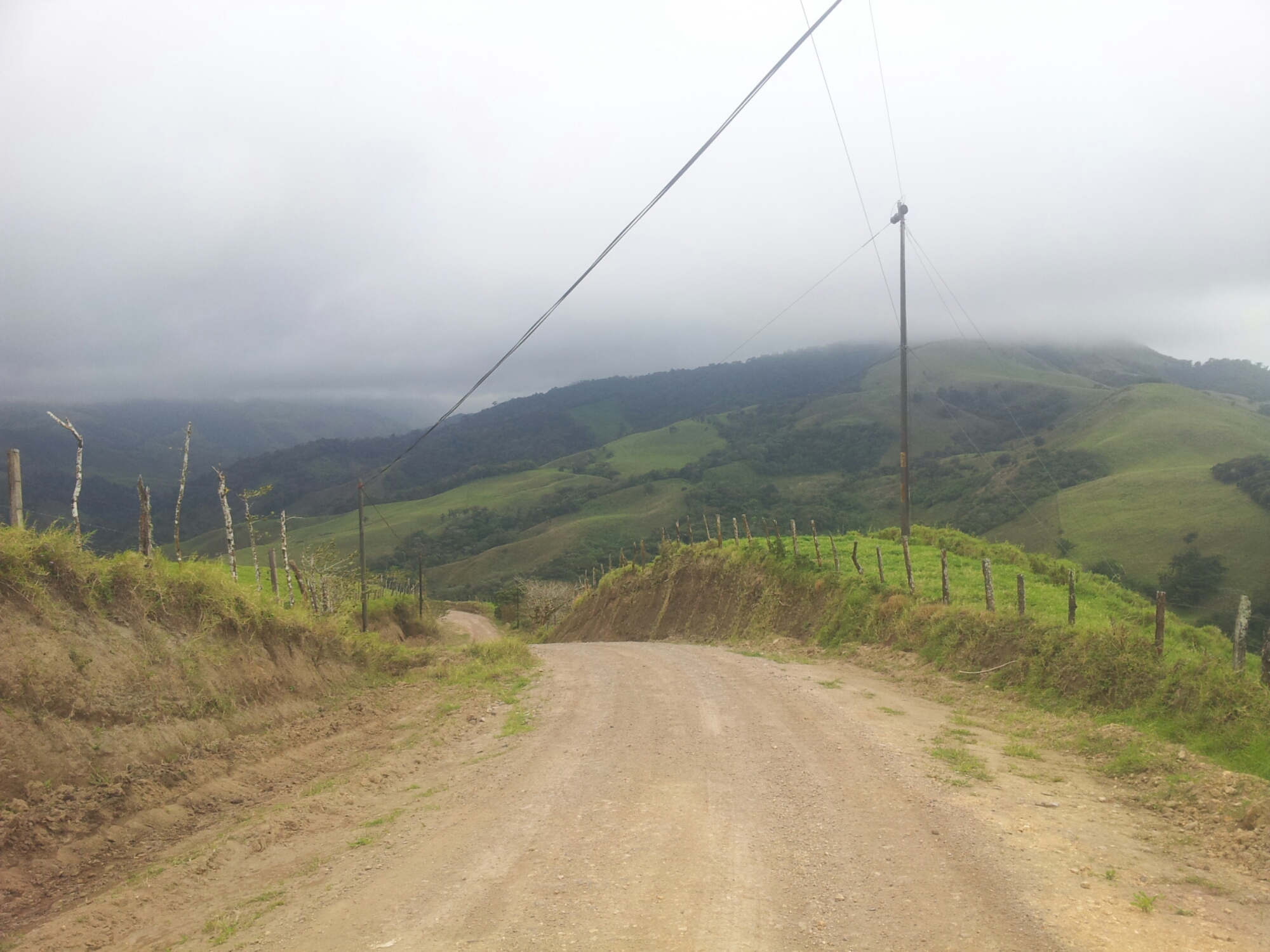 ...it was fun but so unbelievably steep in places I had to keep the brakes on. Going up it would be an immense challenge. 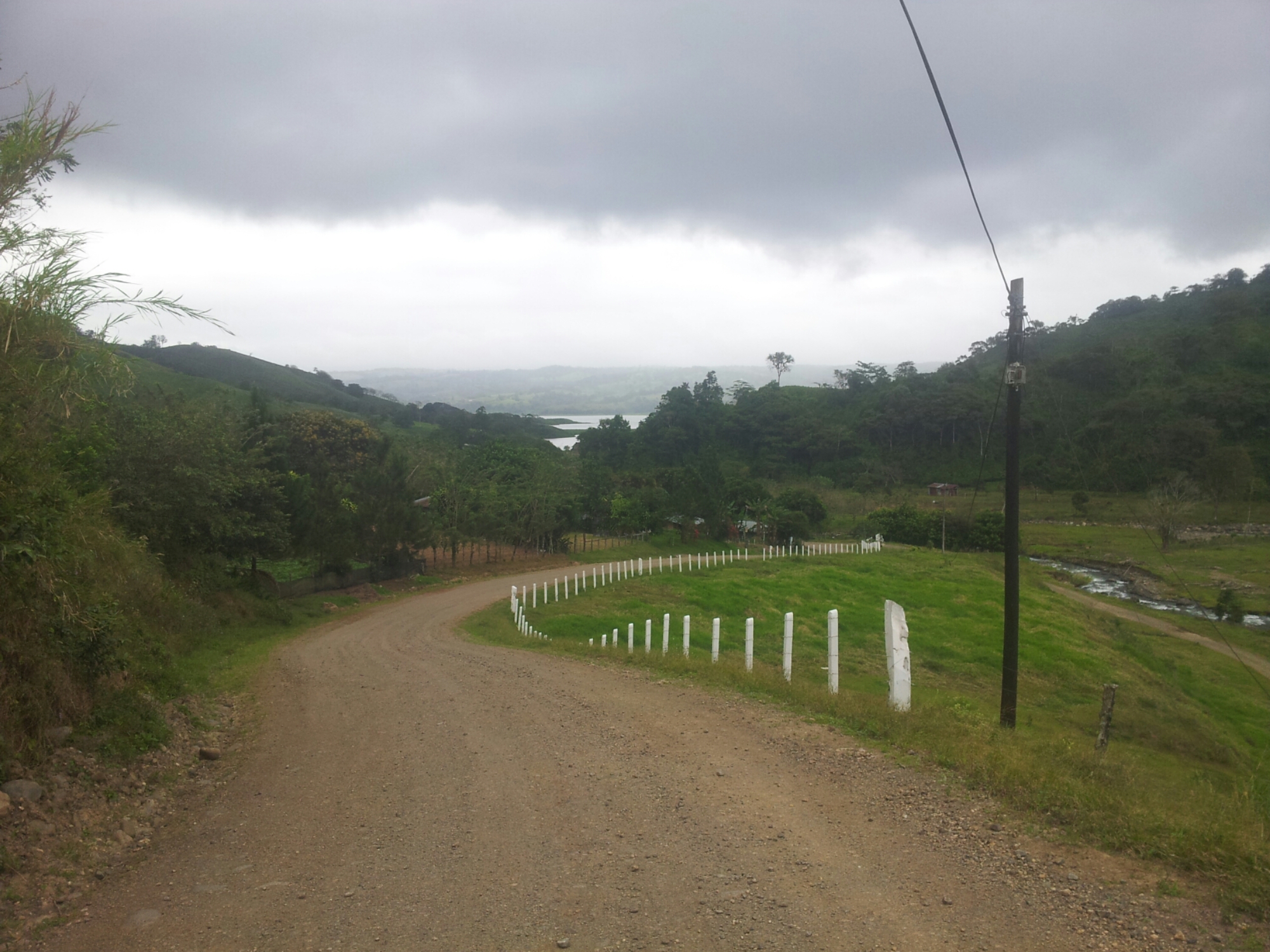 Arriving in Lago Arenal, on the south (quiet) side near Rio Chiquito where I headed anti-clockwise towards Volcán Arenal 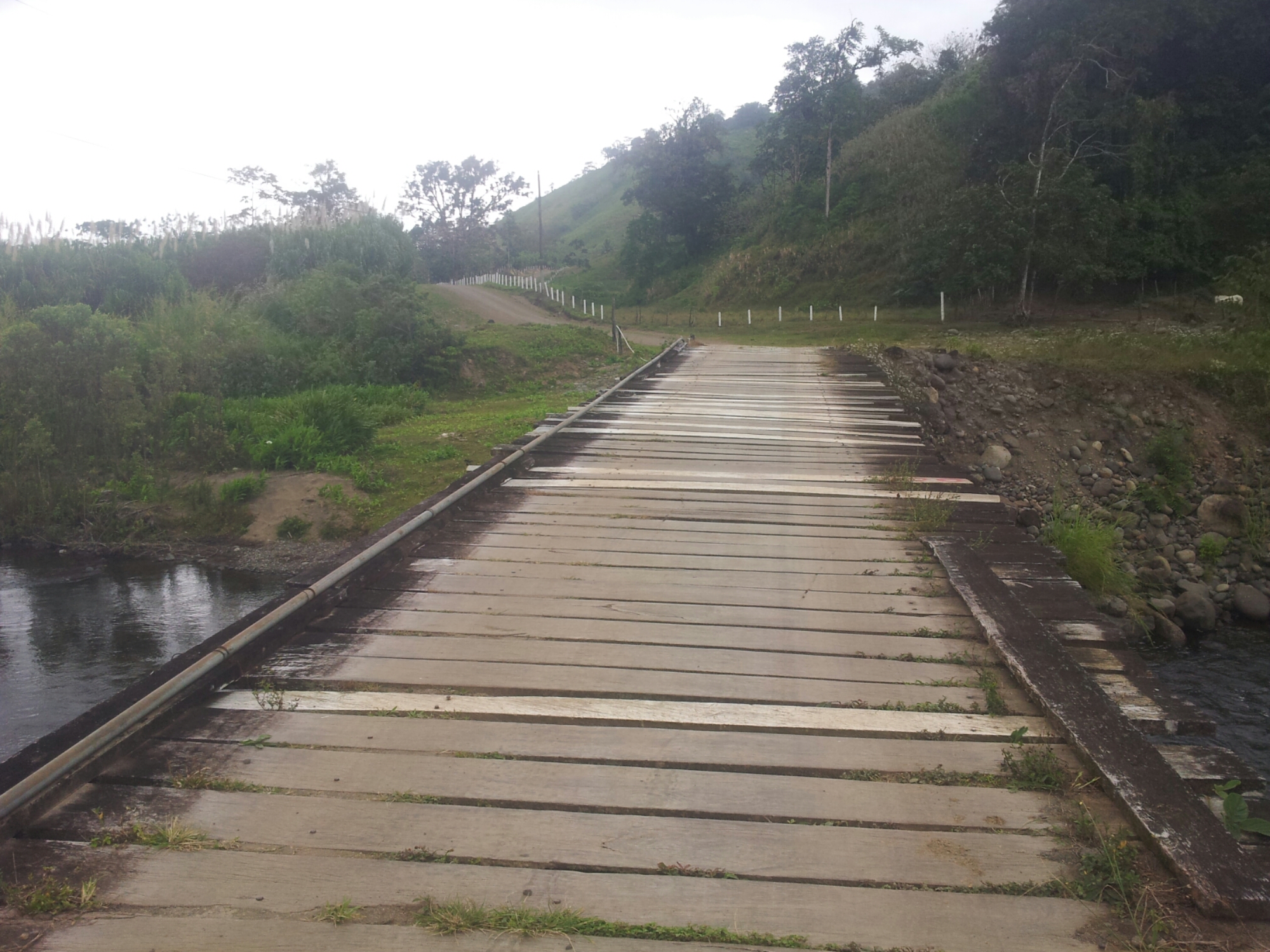 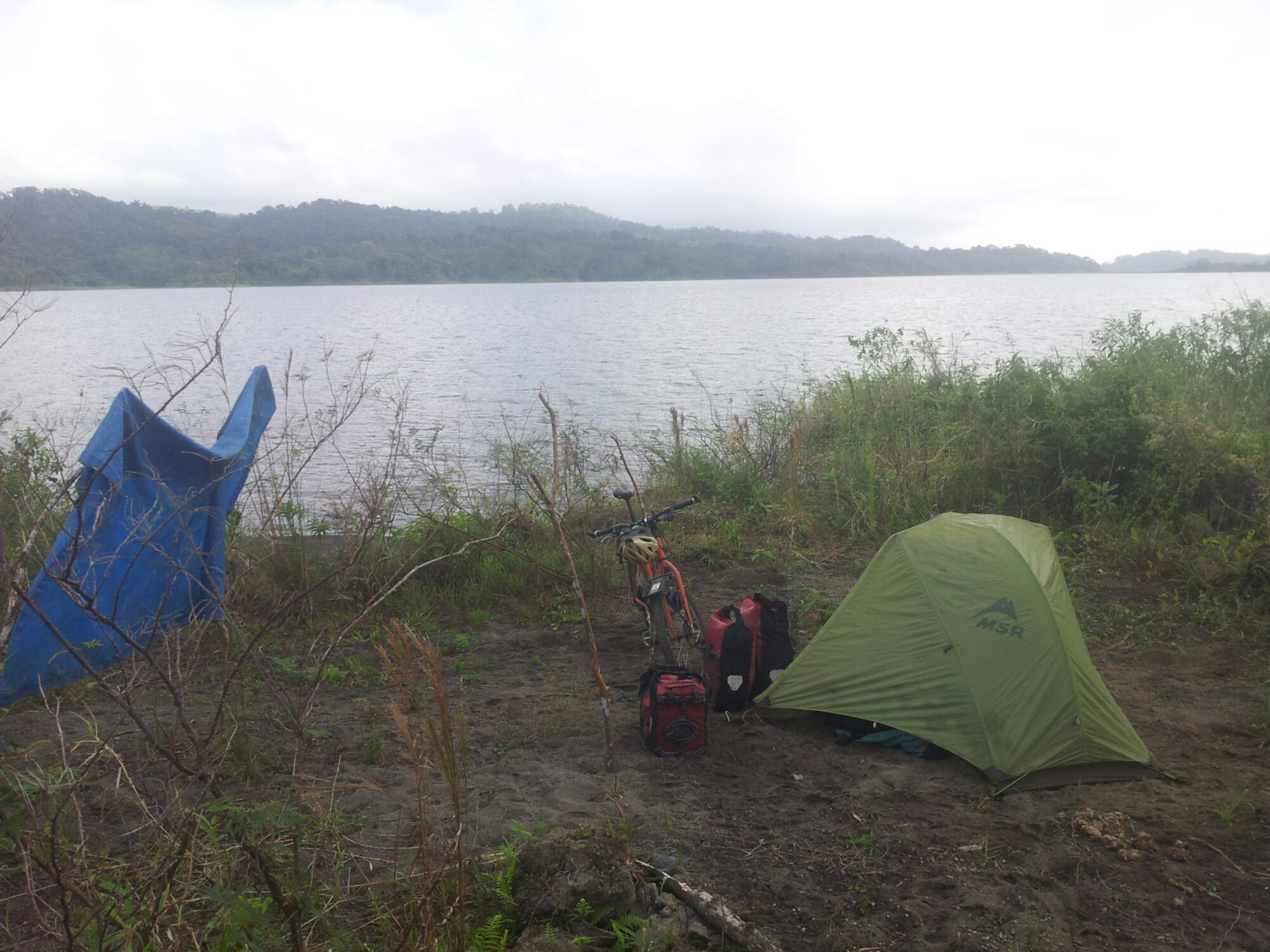 Reasonably easy to find a campspot on the lake... 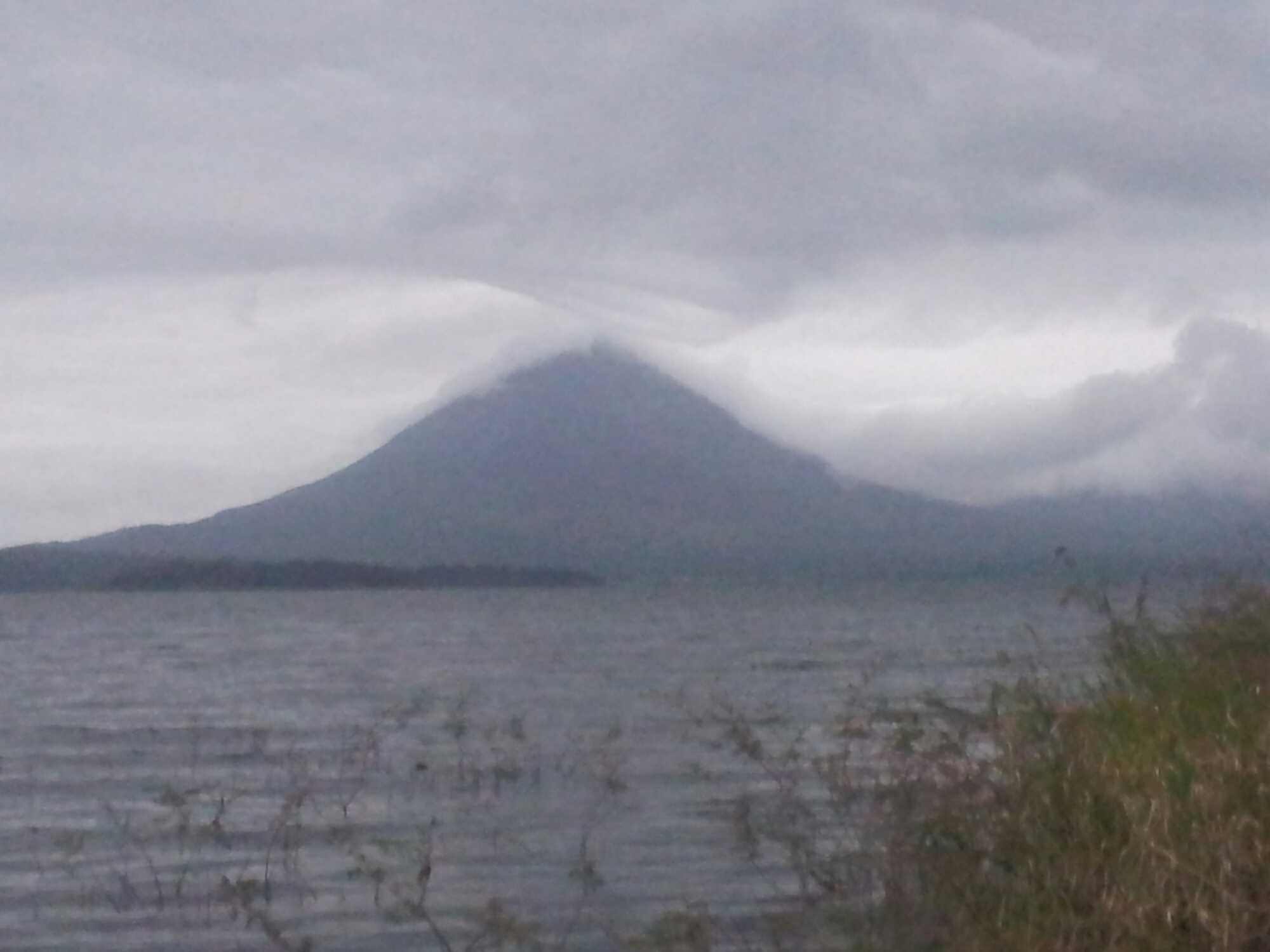 ...with simply awesome views of the volcano. 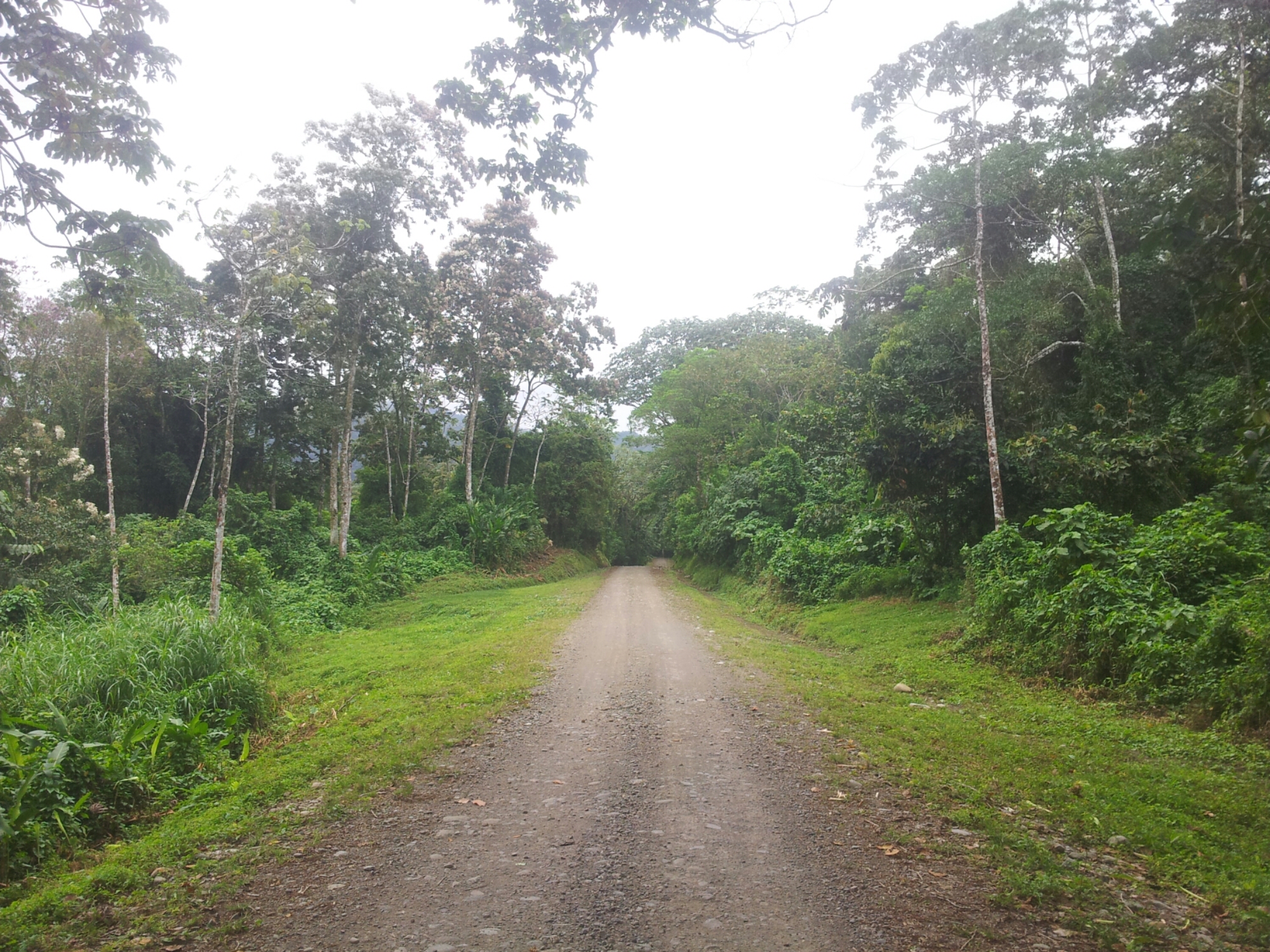 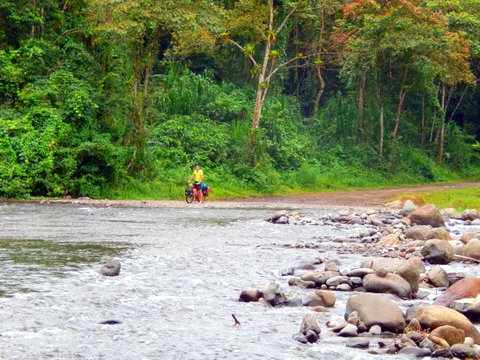 This large river acts as a natural barrier keeping traffic to virtually zero on this side of the lake. 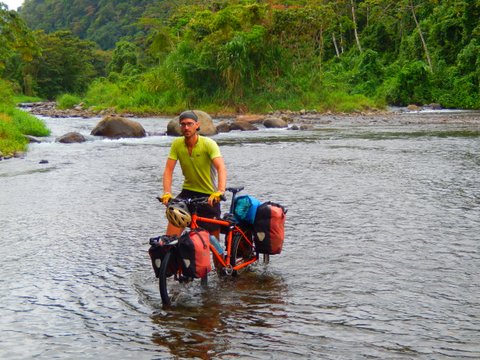 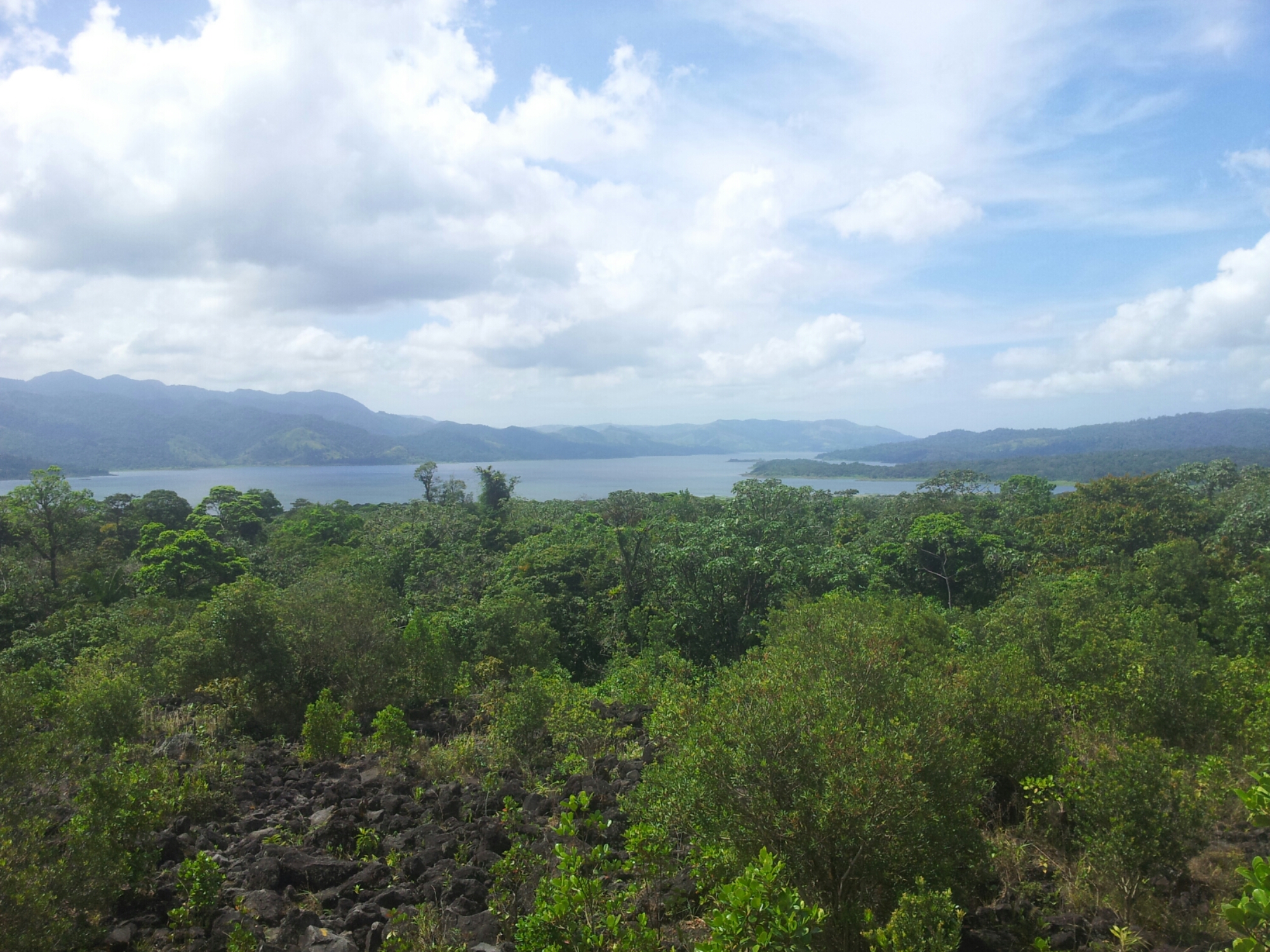 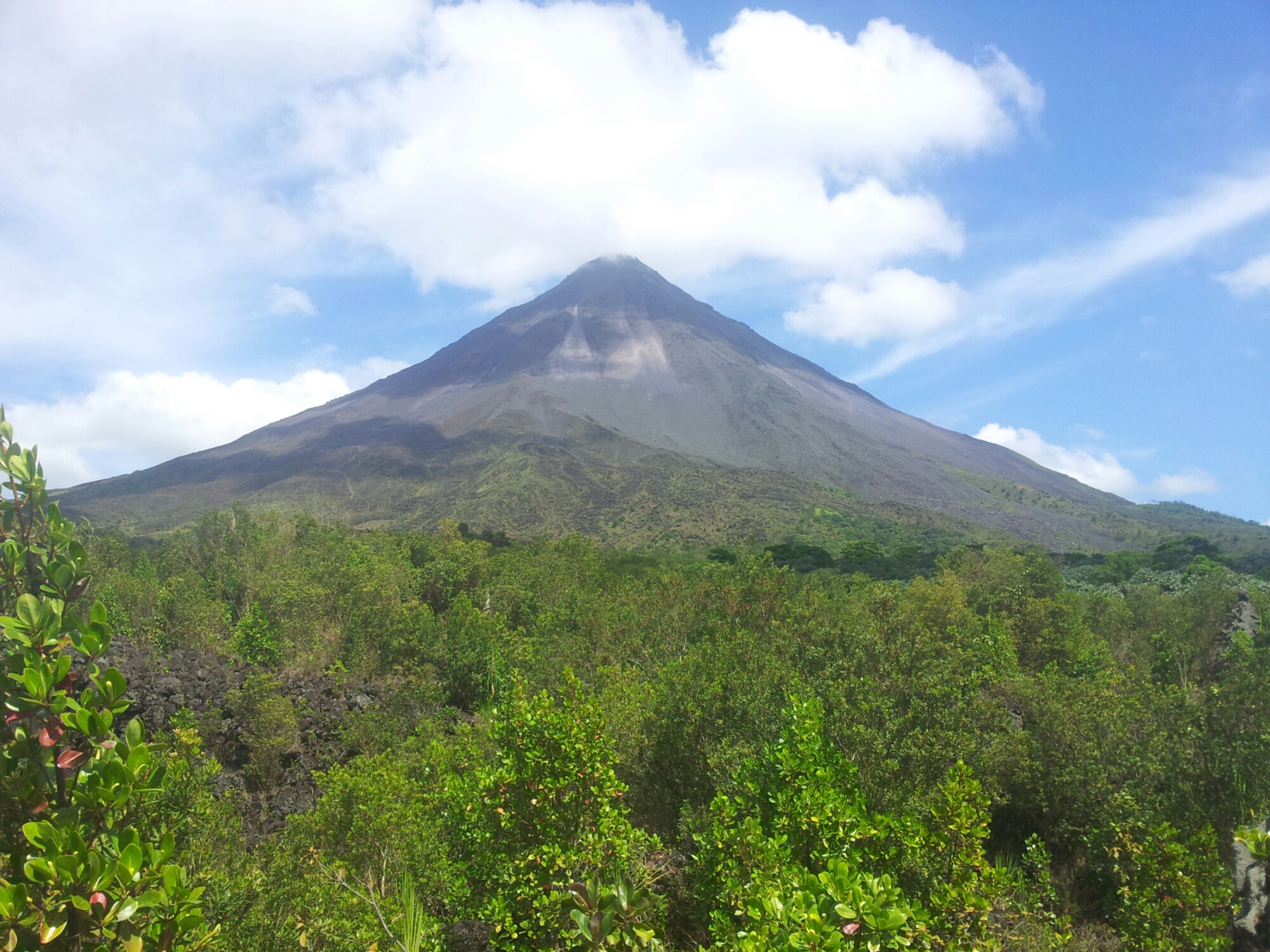 Unfortunately it's prohibited to climb due to activity, I was tempted but resisted. 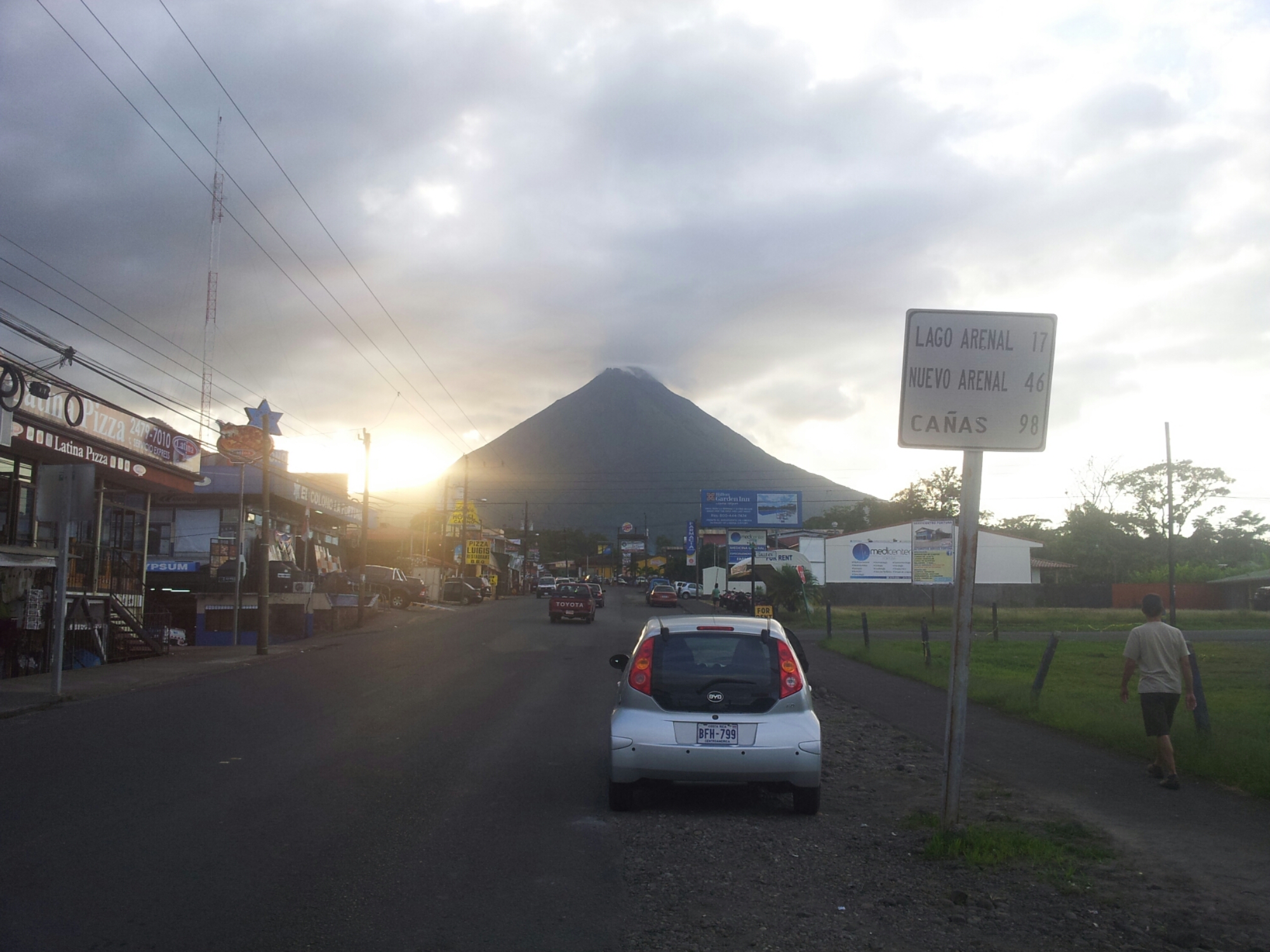 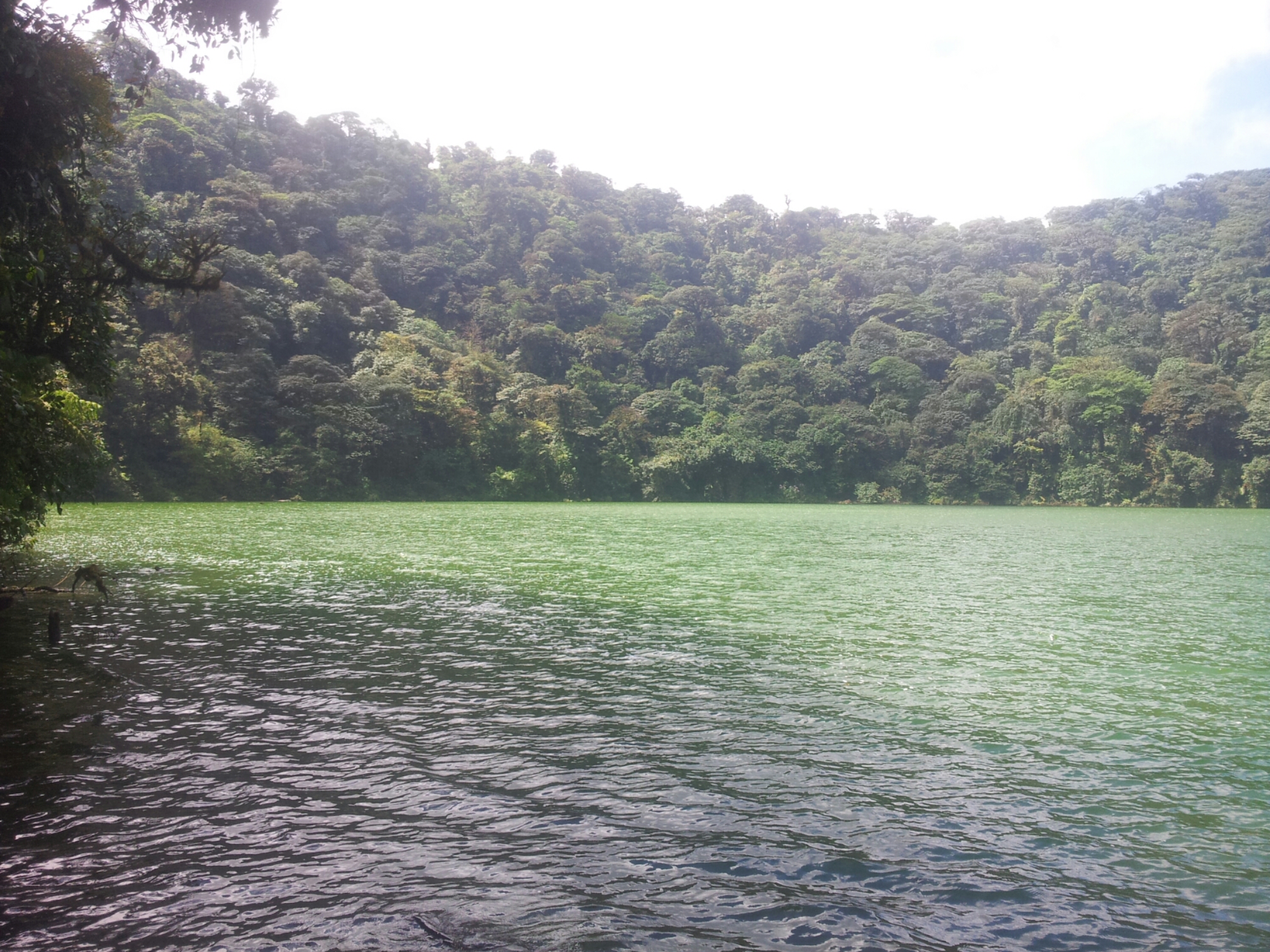 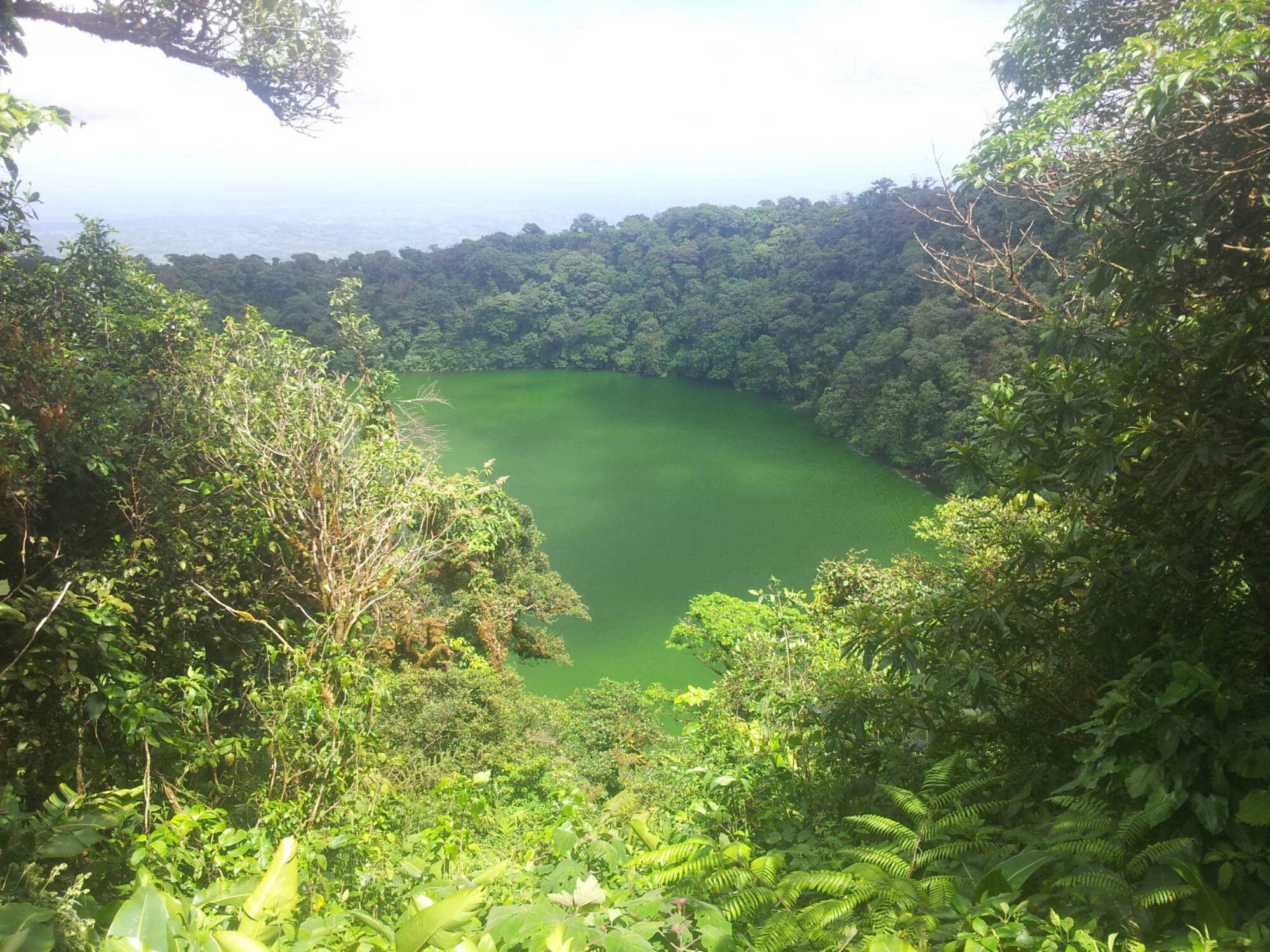 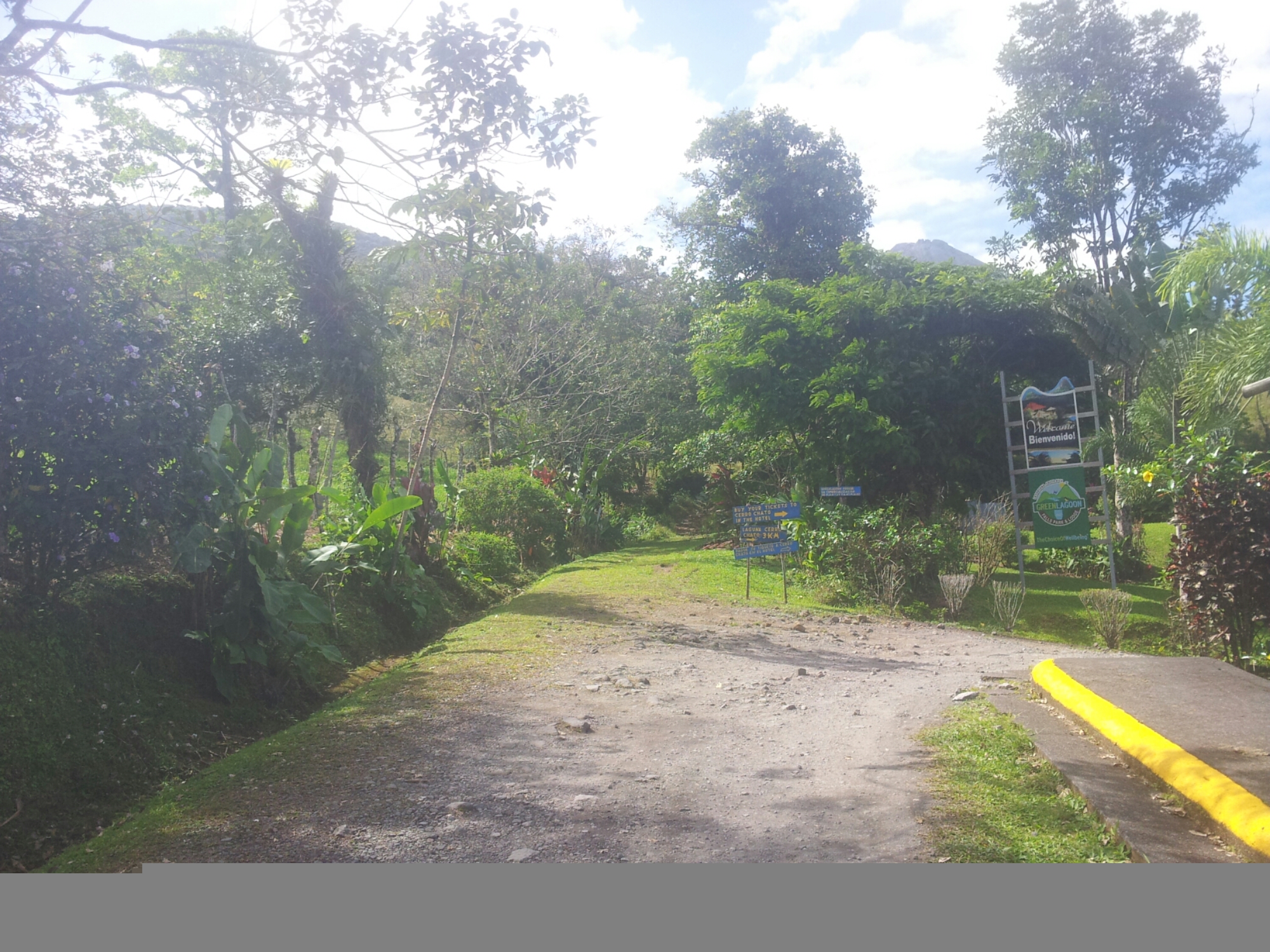 It wouldn't be hard to not pay the tedious $10 to see this lake. You would go straight on here following the path instead of turning right like the sign says. I'm not saying you should, I'm just saying it wouldn't be hard. 🙂

2 thoughts on “Zig Zagging across Costa Rica – Pacific to Atlantic”