After a few pleasant excursions in Boquete it was time to head to Panama City. I took a side route via Sona which a good alternate to the Panamerican Highway for a short stretch; I cycled it with an awesome couple Janet and Brian for a day or so. I could barely keep up with them on their tandem bicycle. Then a side trip by bus to Santa Catalina slipping in a bit of surfing and tried to avoid the main highway as much as possible. The alternate route options were hard to come by and the last few hundred kilometres I found myself being funneled into the main arterial road to Panama City on the Panamerican Highway; plenty of large trucks thundering by in the blistering sun. All the way I was preoccupied with how I’d arrive to Colombia. Getting there by land is not a straightforward option and I had decided that I would paddle there along the North Caribbean coast (see this post). I had lots of work to do, this would prove to be a difficult and complicated project. More about my trip from Boquete to Panama City (west side of Panama to the middle of Panama): 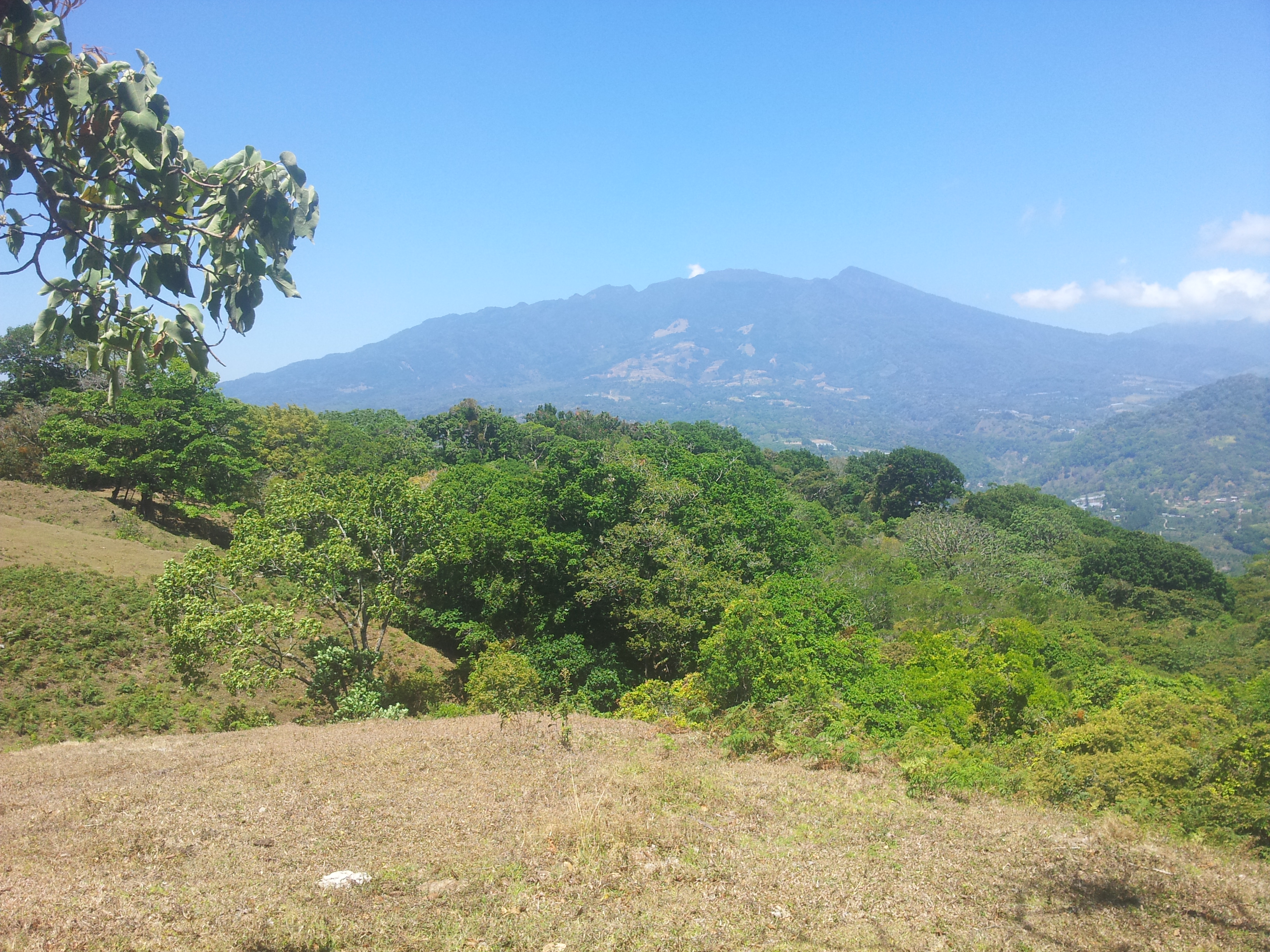 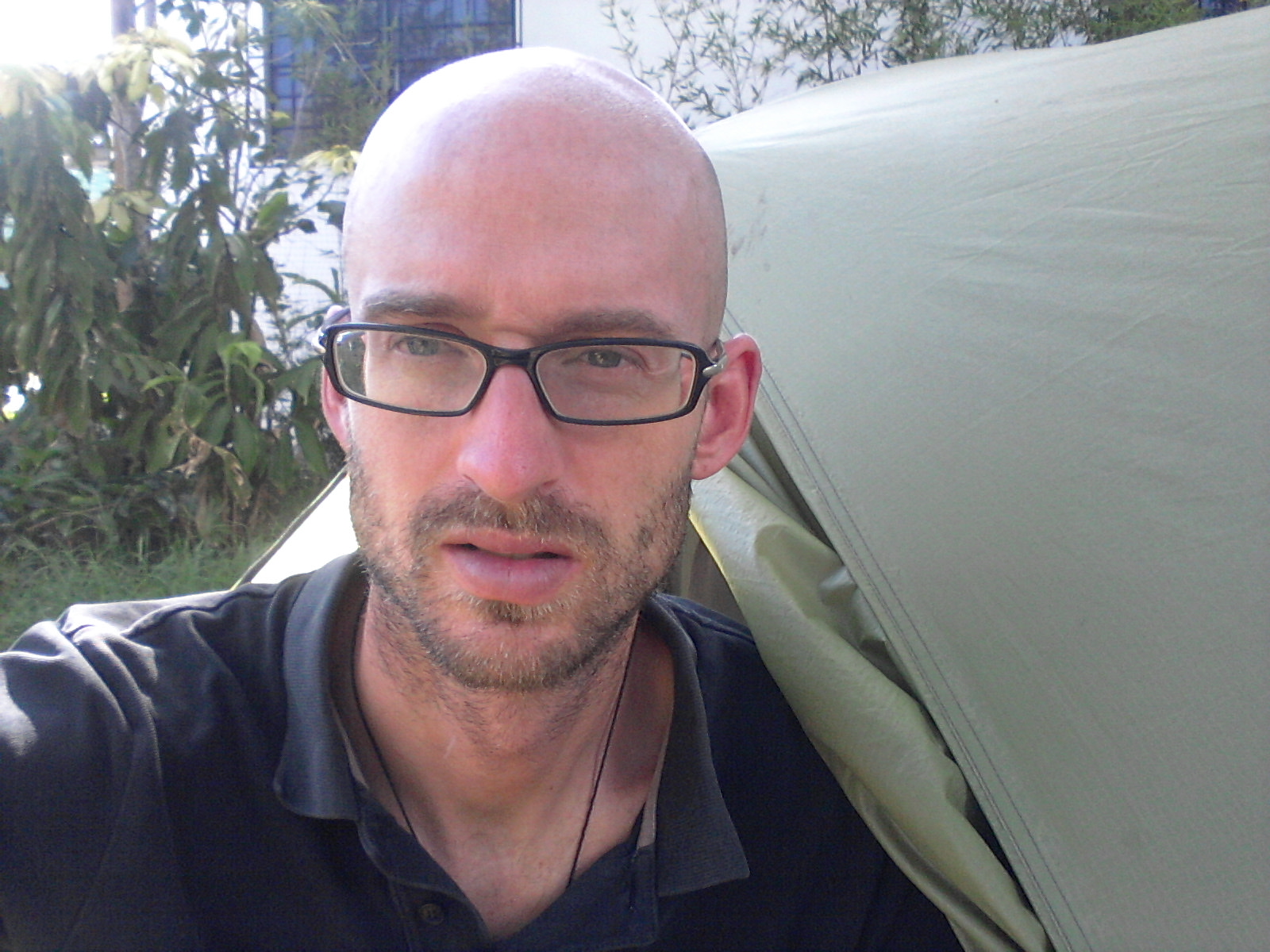 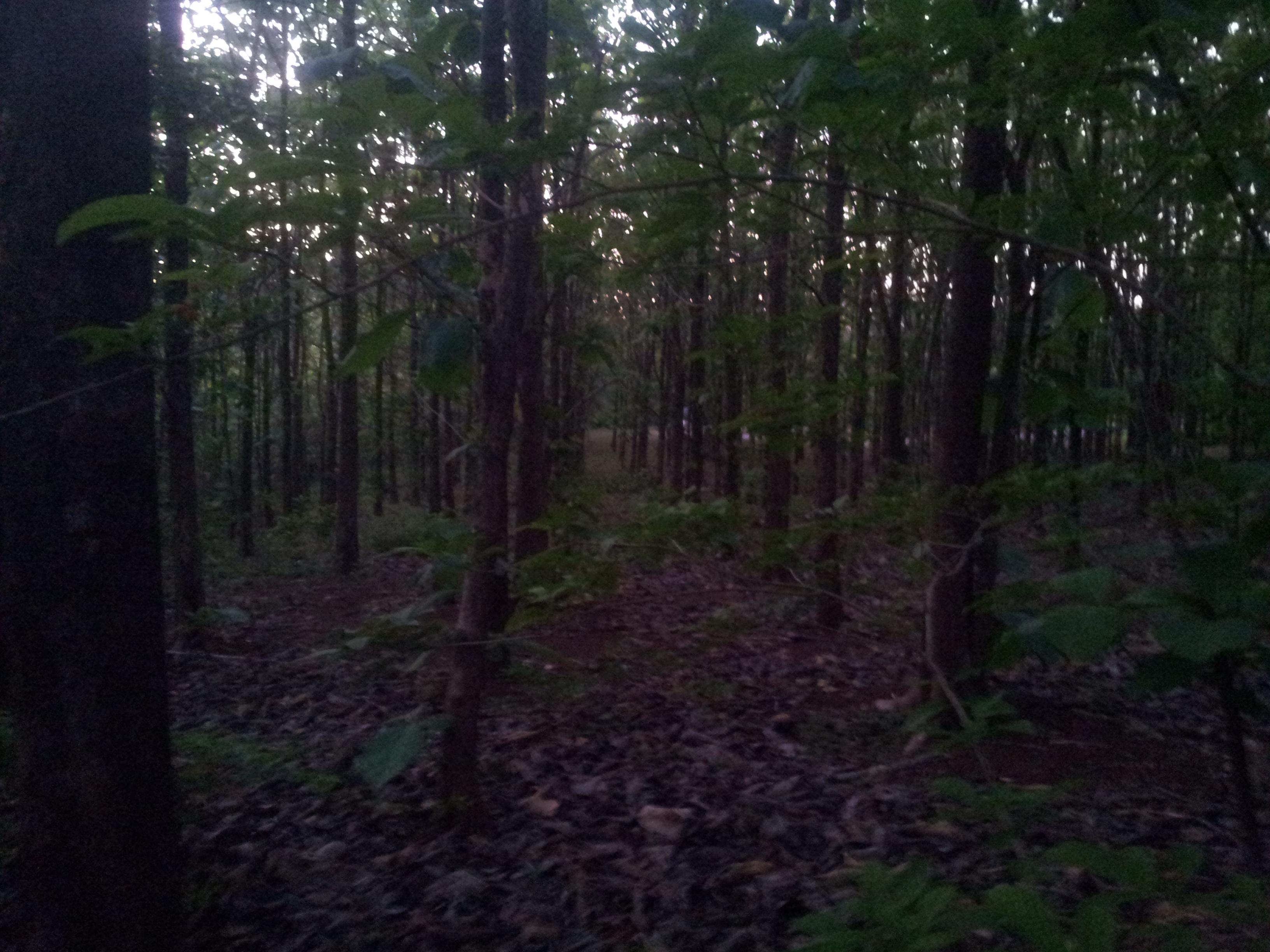 Wild camping here by Gualaca. The dry leaves meant I heard every single thing that moved. Not always an advantage when camping alone in an area close to where you're told people like to rob you. The night involved a herd of cows trundling past and mooing VERY loudly; some kind of panther animal running around near my tent and a guy heading down the path with a night flashlight at 3am. There was nothing there and no reason for that person to be there except to be looking for me (as far as I knew). 30 metres off the track I lay there motionless hoping he wouldn't see me; he didn't. 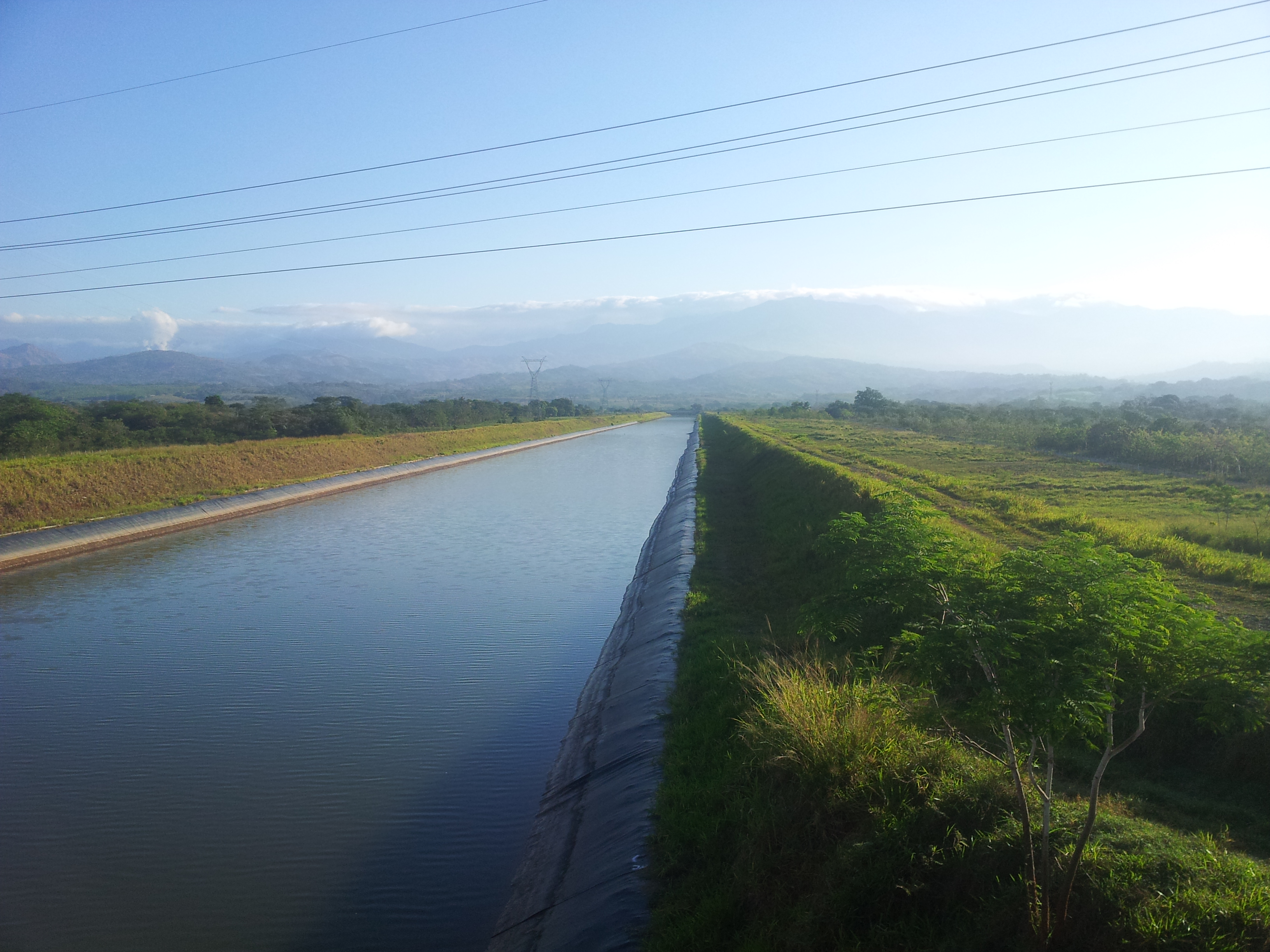 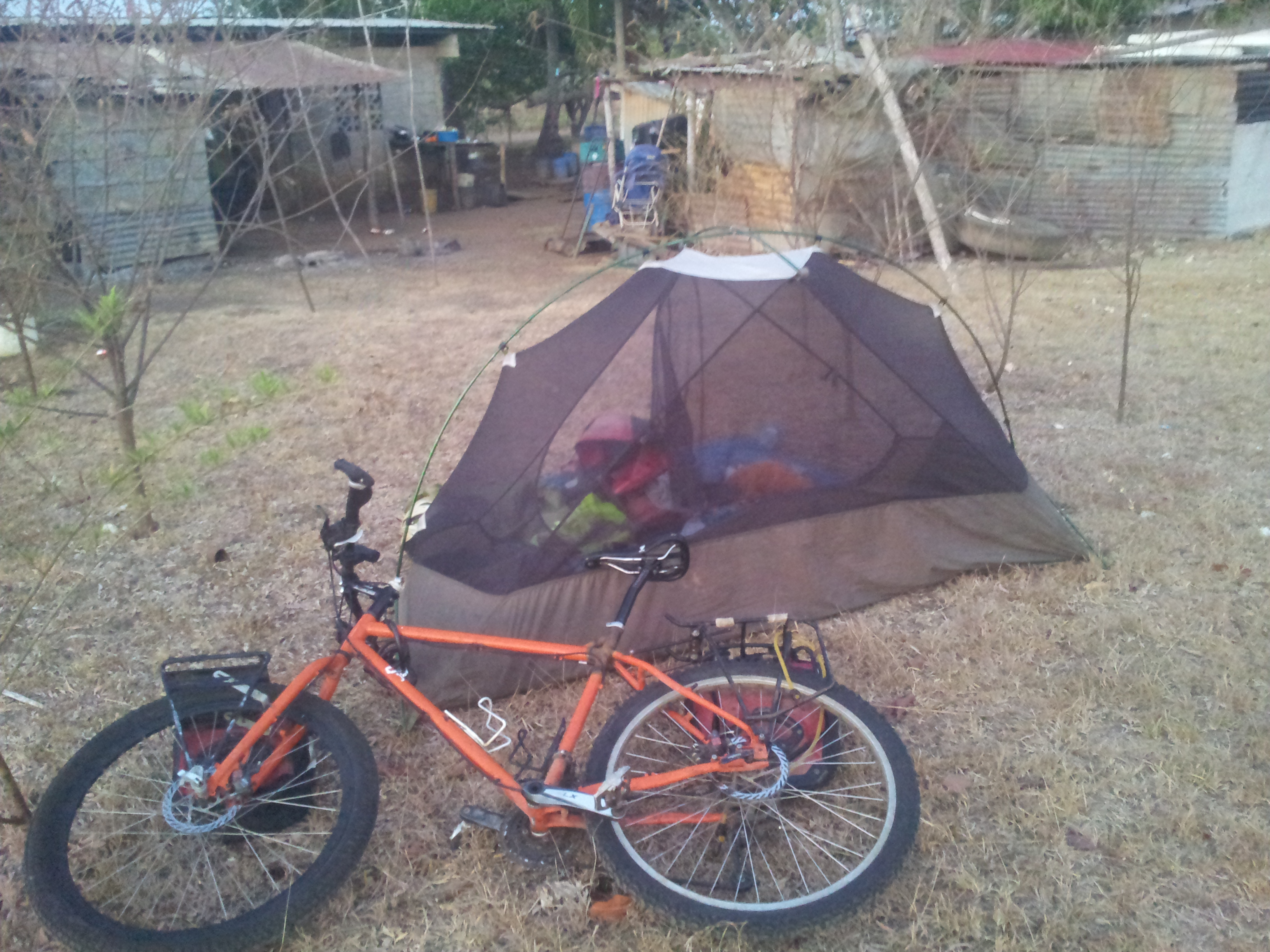 Getting late on the highway I pulled over by a few shacks. Chatting to the locals they let me camp in the garden. I was a source of great amusement as they sat round staring at me putting my tent up and cooking. It's totally fair enough that they do this, after all my behaviour could be viewed as a bit odd. However, it's so damn testing at times when you're tired, hungry and dehydrated. I slipped back on the highway early the next morning. 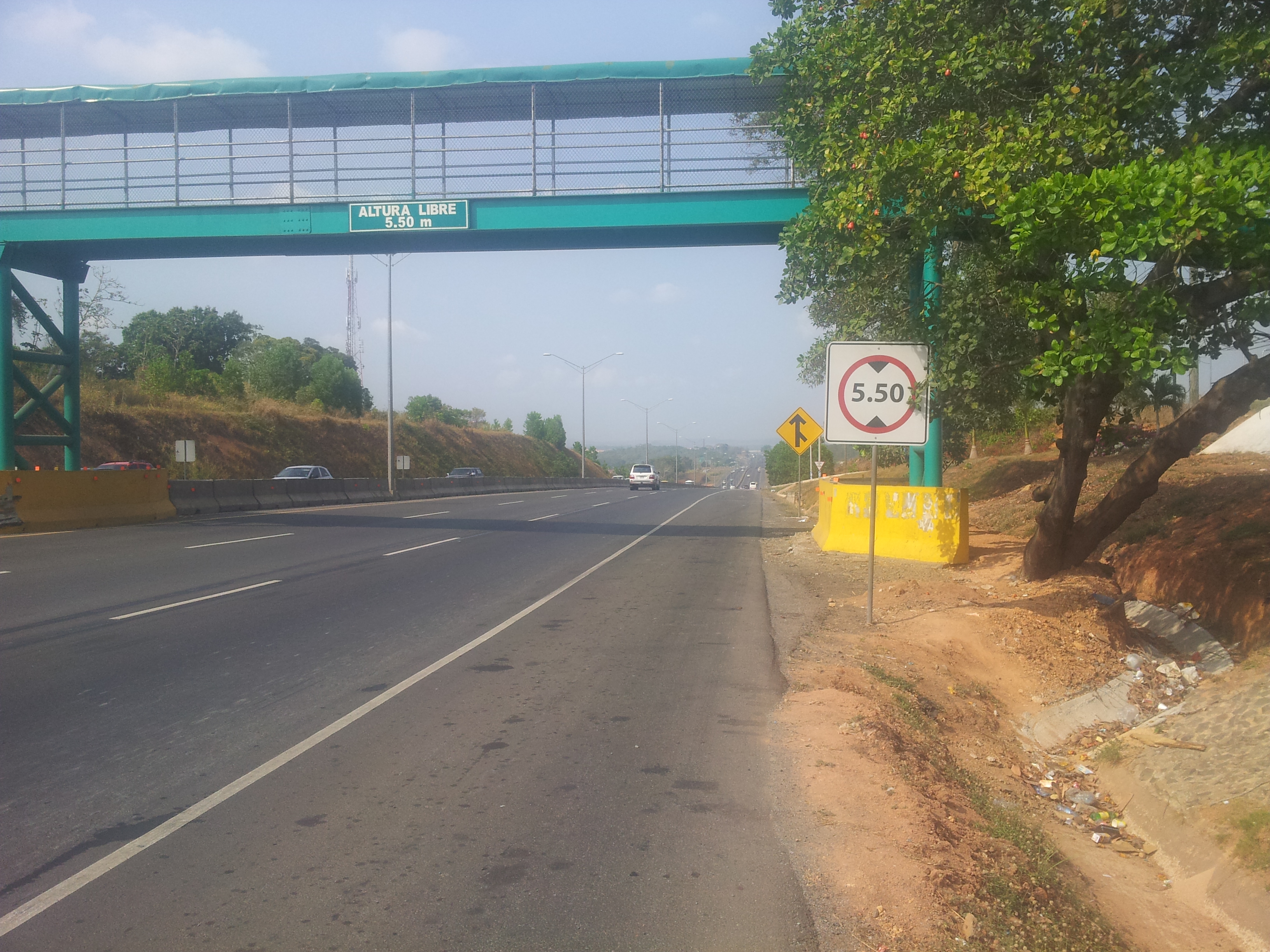 Lots of the highway was like this. At least it had a shoulder. 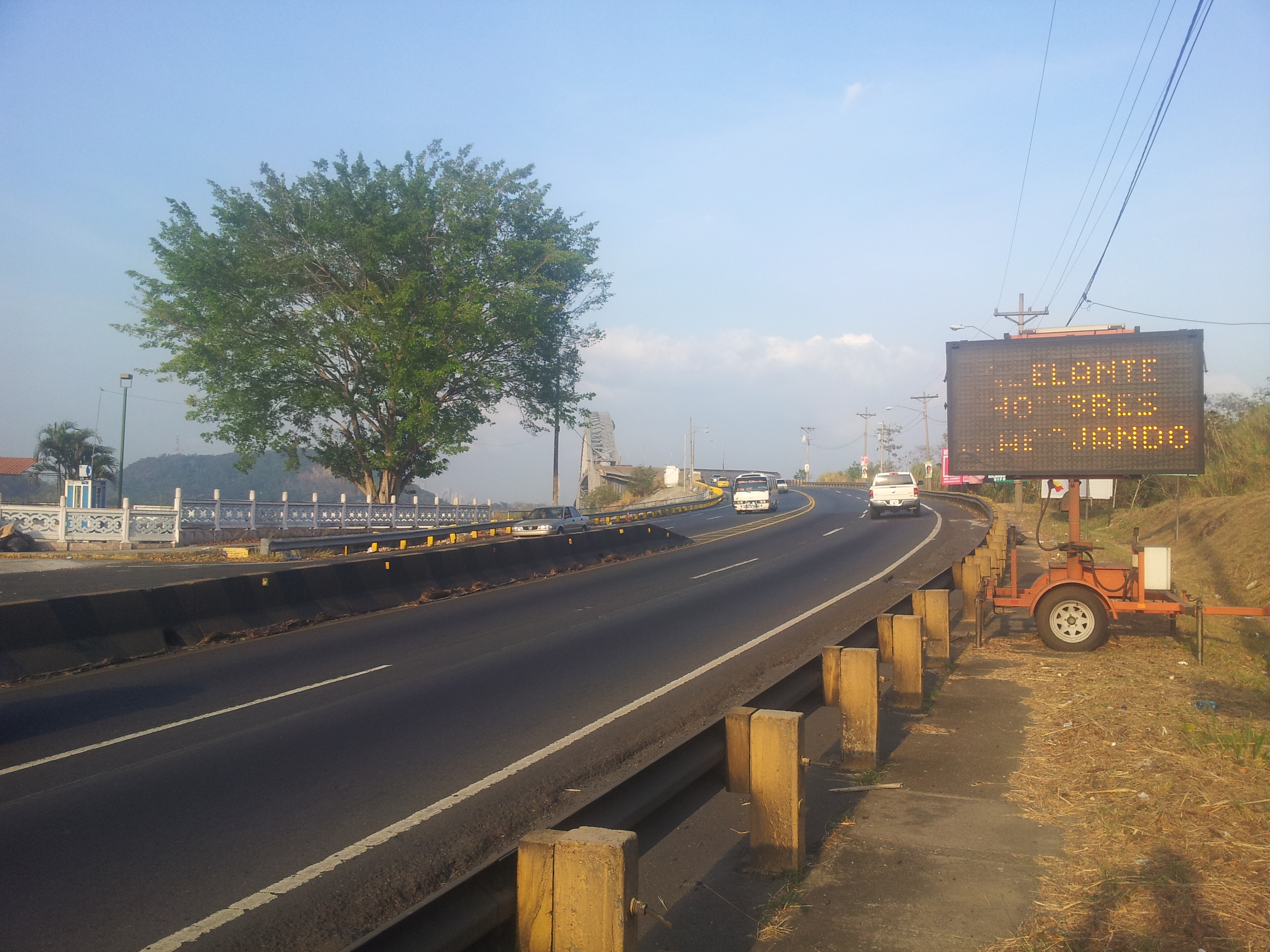 The approach to the Bridge of Americas where I awkwardly fell from my bike at low speed (my bike was caught on the barrier; fortunately I wasn't on the road). It jangled my nerves a bit for the surprisingly unpleasant bridge crossing. 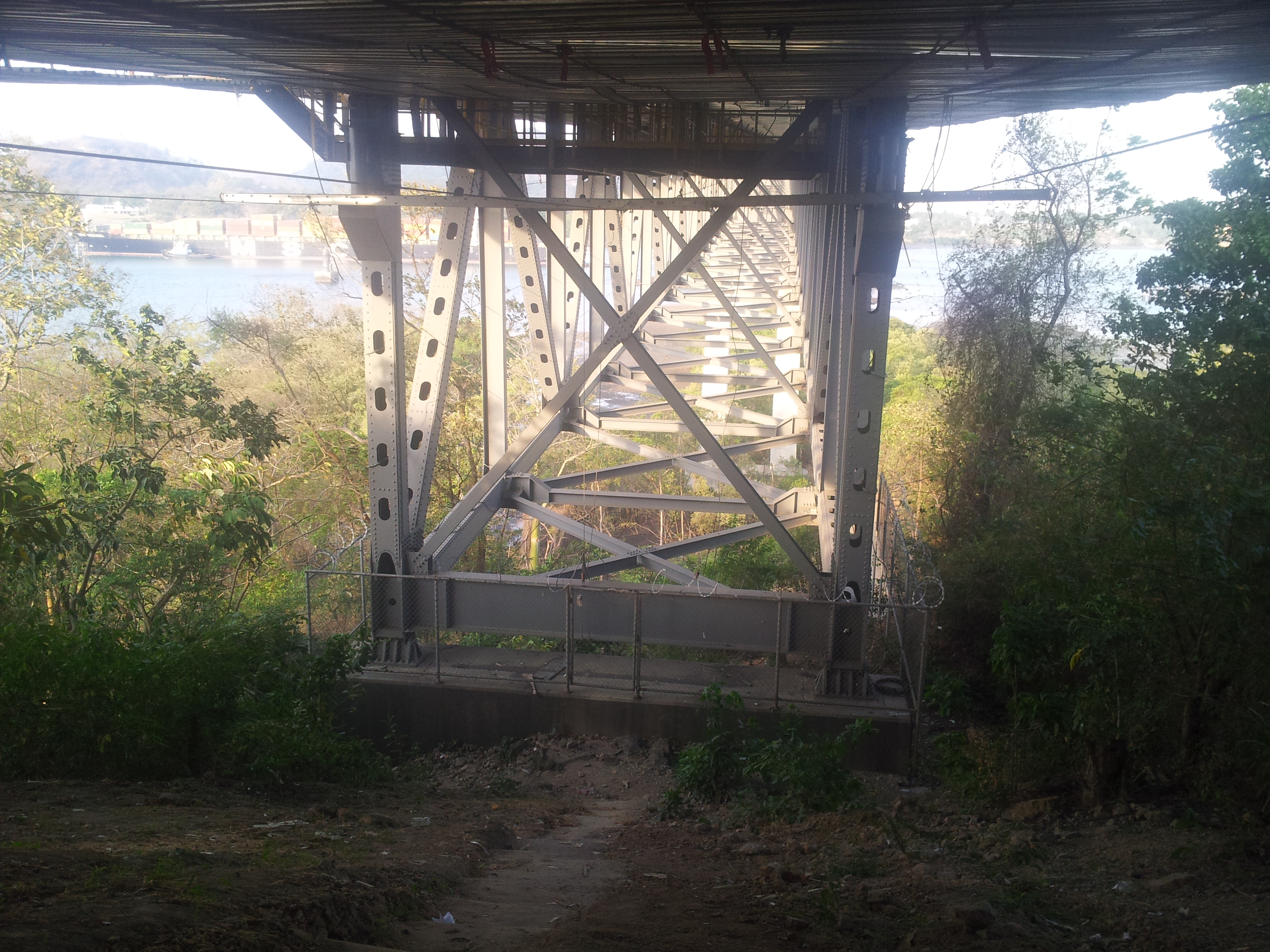 Thanks to Janet and Brian I knew I could cross under the bridge rather than risk running across the road with my heavy beast which would have involved hauling it awkwardly over a barrier. I wanted to cross since there is only pavement on one side; I thought the pavement would be a better bet than sharing the road with rush hour traffic (the hill up the bridge would have been slow). With hindsight I think I was wrong. 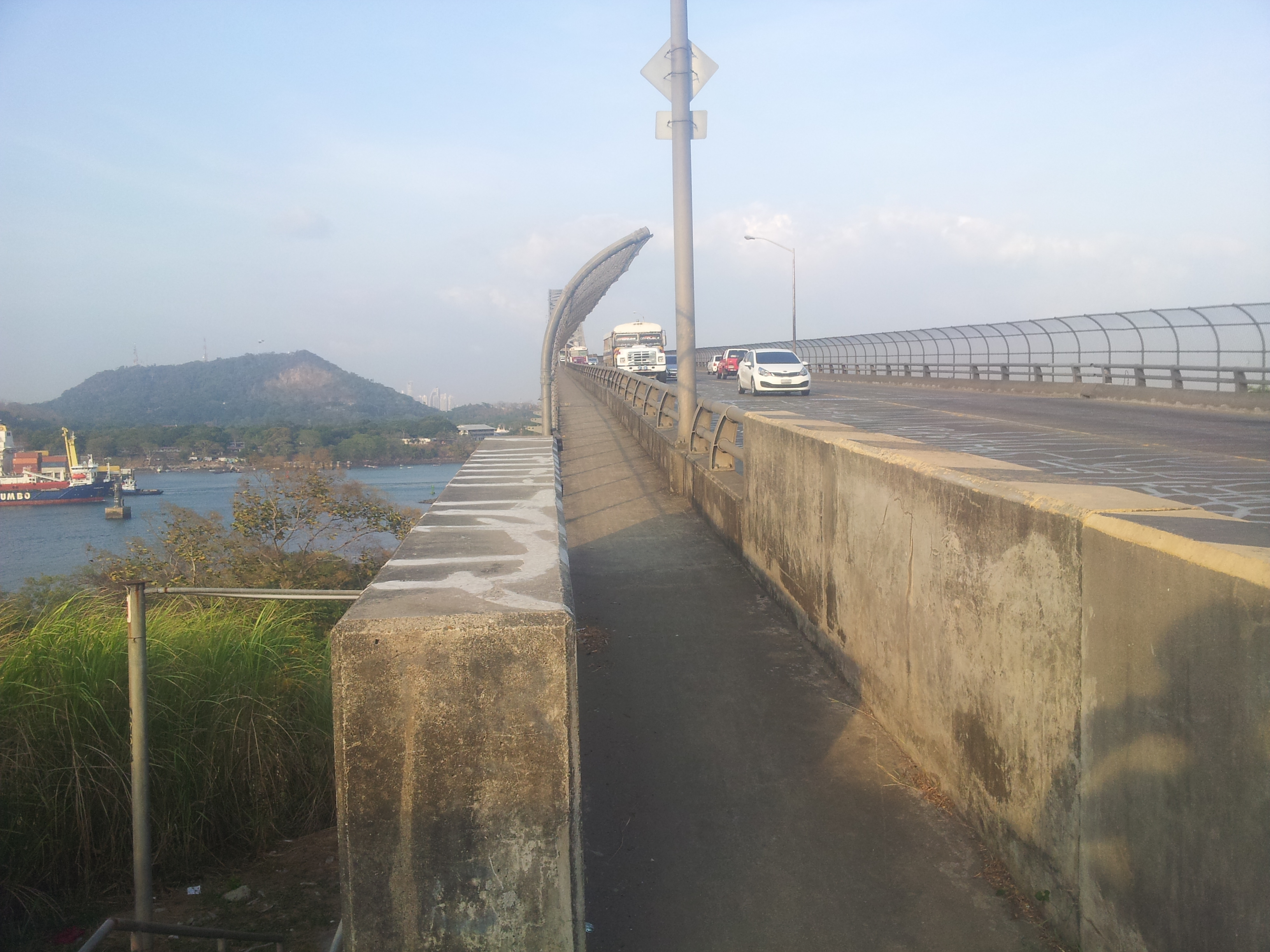 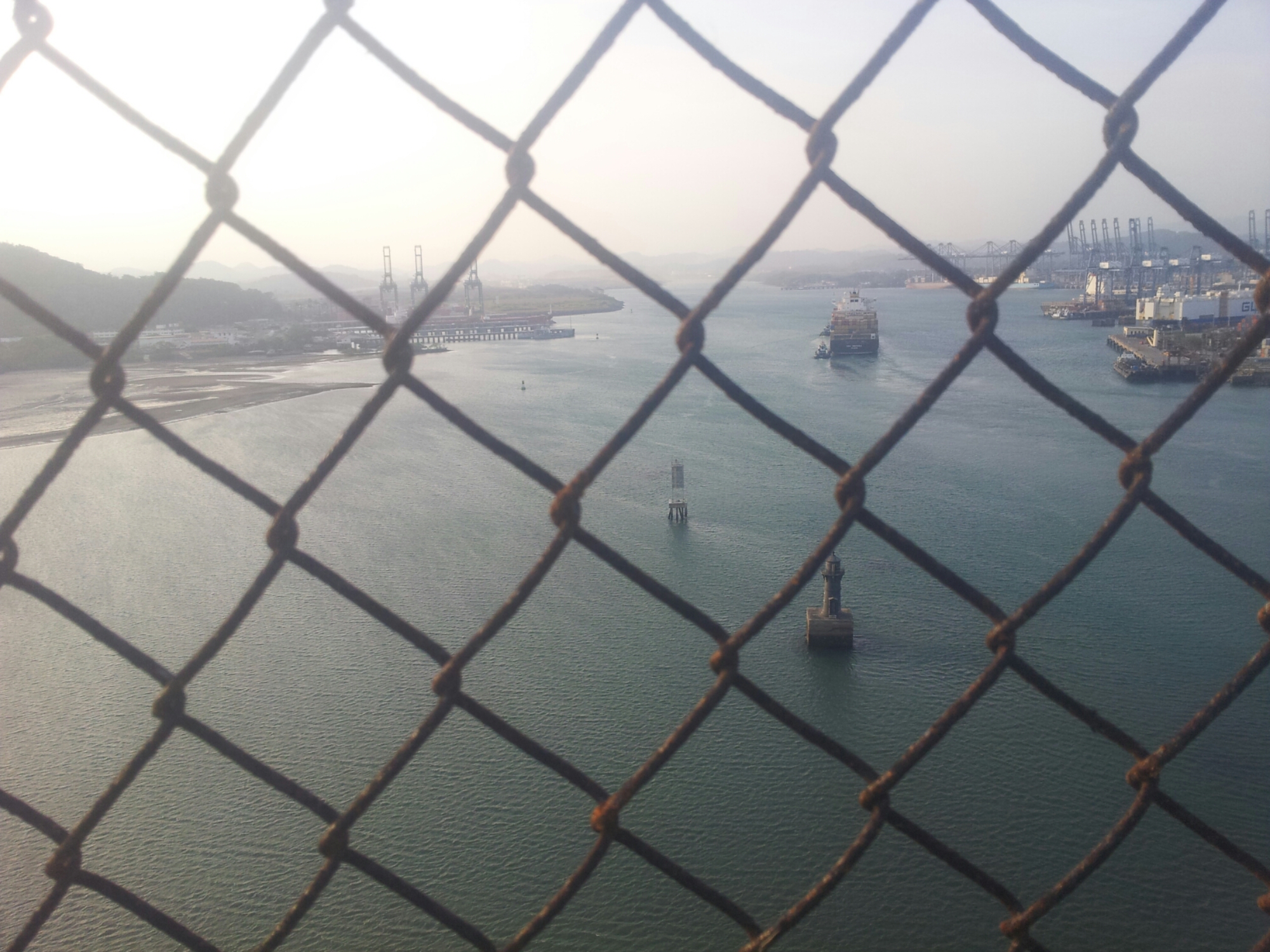 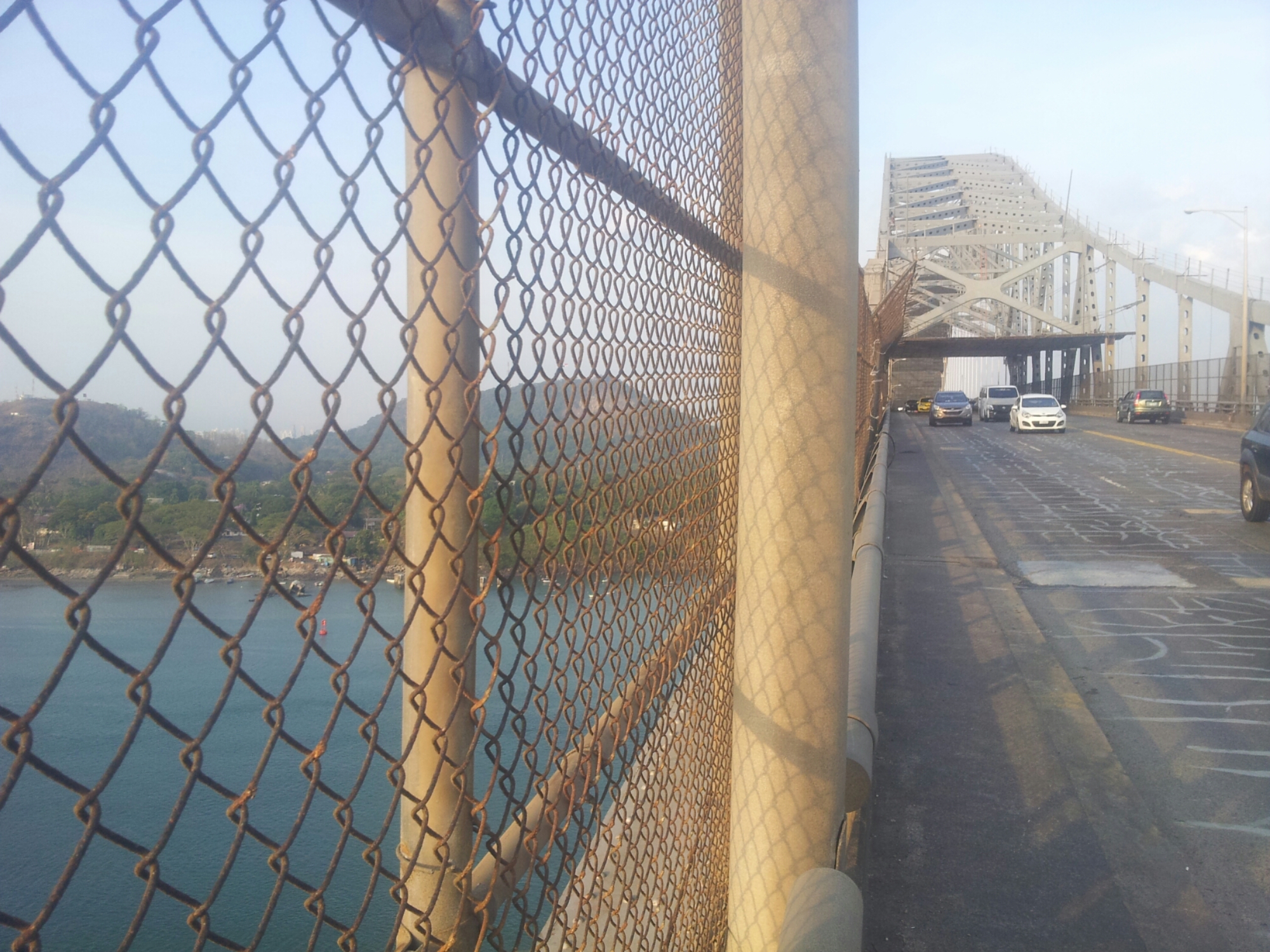 My loaded bike was buffeted about by the high winds on the bridge. With the narrow pavement and fast oncoming rush hour traffic, this bridge was somewhat scary to cross, and not in a good way. 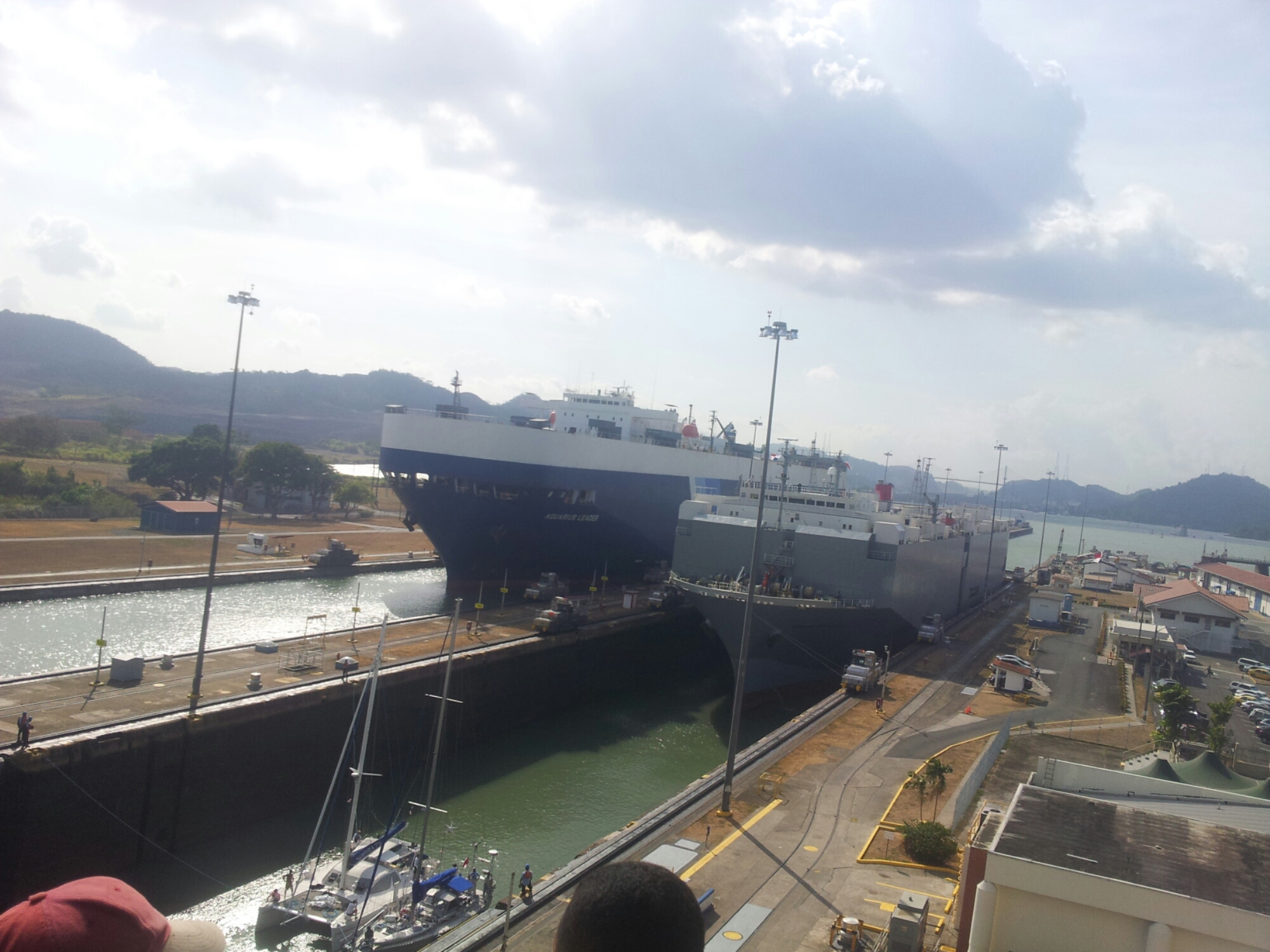 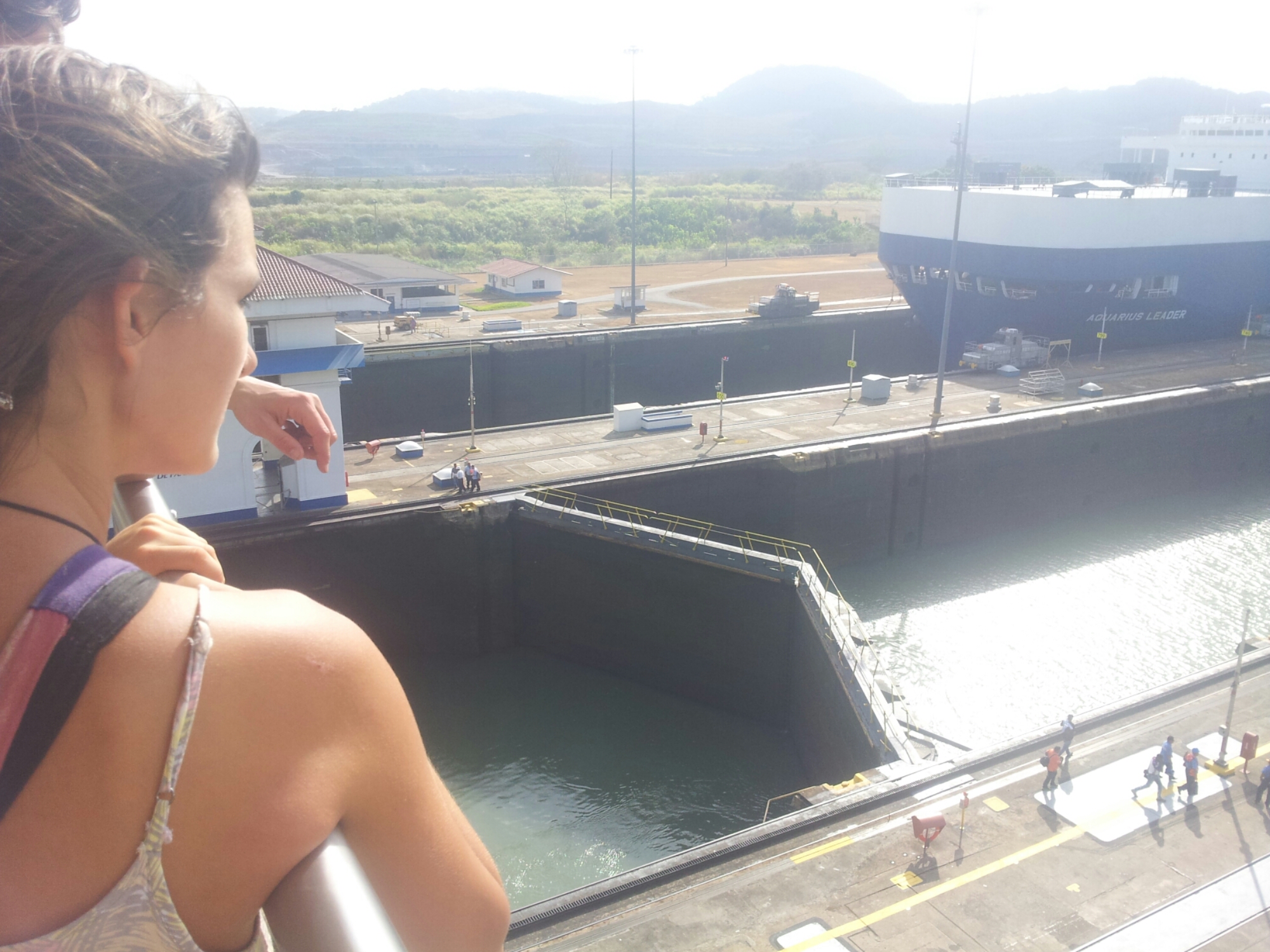 Obligatory visit to the Miraflores Lochs on the Panama Canal 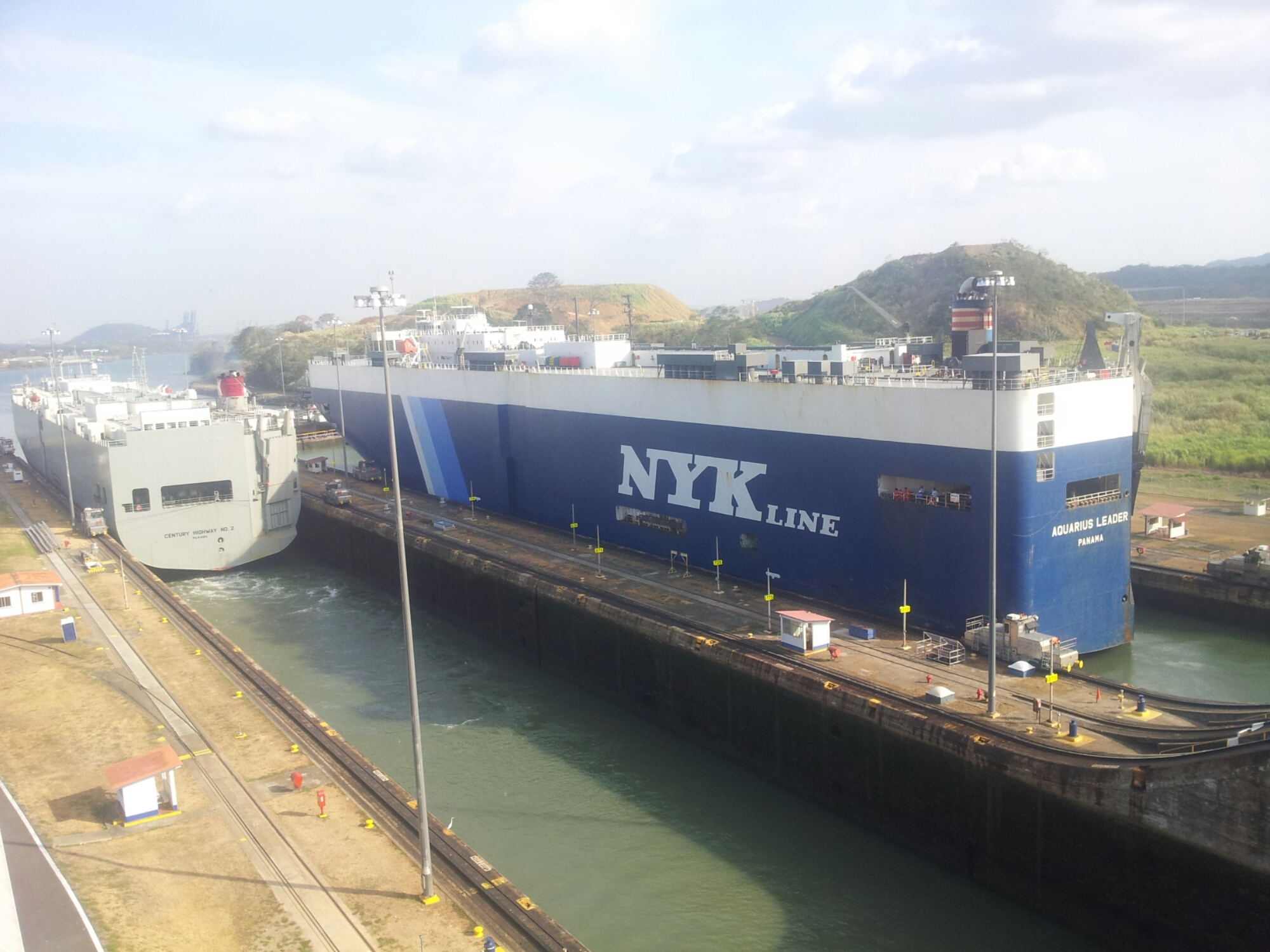 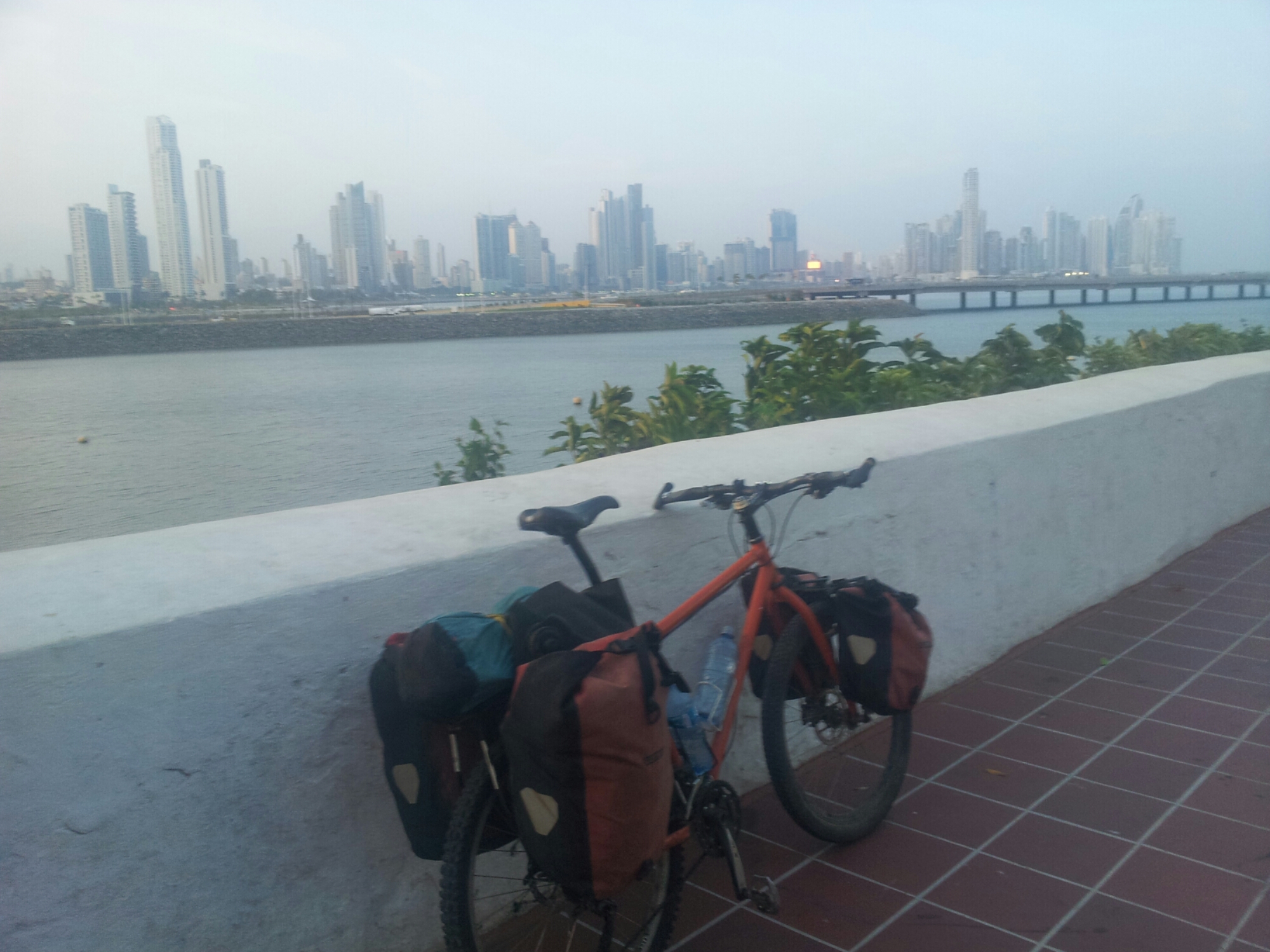 Right, how I get to South America?

My trip to Colombia can be found here:Preparing to paddle to Colombia