This is a question that commonly gets asked when I recount my bear attack story on the Dalton (original posting detailing bear attack). Still camping wild I’ve found myself contemplating this question wondering what I could have done differently to have avoided the situation altogether.  Although it’s hard to say for sure I’ve come up with a few possibilities, perhaps it’s a combination all these factors.

1. They say to cook 100 yards from your camp. Although I cooked probably half a mile away, I cooked at the bottom of a hill and camped halfway up.  Having to climb a steep hill with a loaded bike in my exhausted state, I was probably going no faster than walking speed.  Rather disturbingly, I suspect the bear may have followed me.

2. There were some road works a few miles down and I was told that some of the workers were camped nearby. They had had trouble with a black bear getting into their garbage and coming into their tents; someone had tried to shoot it but missed. Had they reported it? No. Almost certainly the same bear. Highly likely it had successfully retrieved food from a tent before; hence it had probably developed an association of food with tents and assumed there to be food in my tent (there wasn’t).

3. This bear was fearless so it was unlikely to be wild; normally they’ll run away at the first sign of aggression. Not so with this bear, it took very strong pepper spray to scare it off. A sign that it was habituated with humans supporting point number 2 above; these bears often prove to be the most troublesome. Once they’ve received a food reward they’ll keep coming back and become very difficult to deter. This is what parks like Denali try to avoid as much as possible.

4. It paid no interest to the actual food on my bike which was 30 metres away in sealed pannier bags. They have an exceptional sense of smell so it seems strange that it didn’t manage to locate it.  So it’s possible that it may have been a predatory bear; it had gone straight for the hood of my sleeping bag where my head would have been. It’s fearless behaviour is in-line with predatory behaviour so it is a possibility although I don’t know enough to confirm.

In conclusion, I believe that poor food management at the road workers campsite was the most significant cause of this attack. It’s possible they’d even fed the bear, the worst possible thing people can do but this is speculation. In order to cook my dinner before camping I pulled off the main route down a side road. I initially had thought this side road to be a good place to cook however I heard shouting and screaming a few hundred metres away. Thinking this to just be crazy people camping in the wilderness I moved back down the main highway a few hundred metres to cook. In hindsight this may have been where the road workers were camped. And the shouting? A black bear invading their camp? Probably the same one. 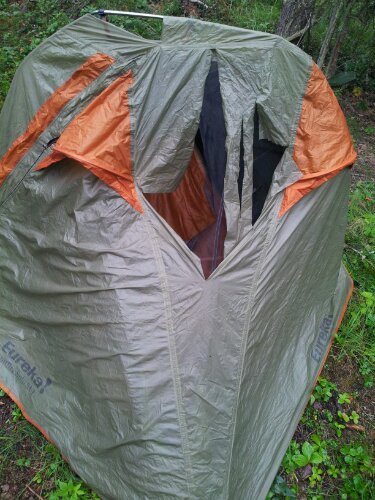 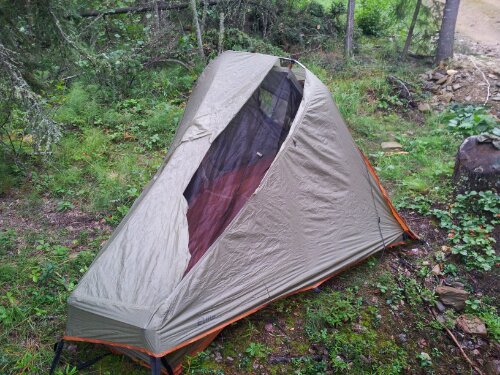 Put up in Tyler’s garden a few days later, those holes shouldn’t be in the fly sheet! It erected remarkably well considering it was totally flattened in the bush. 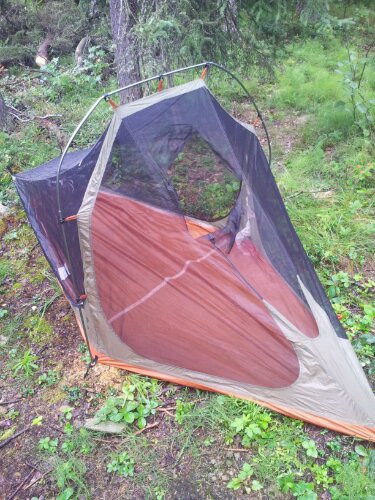 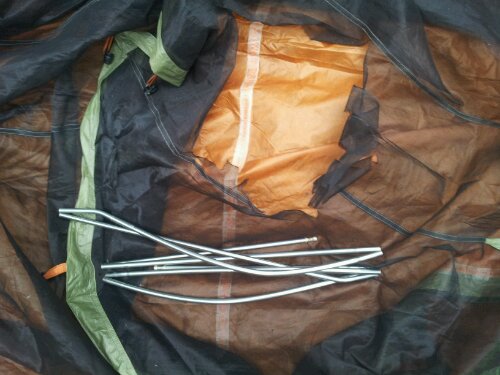 Mangled poles and hole in the mosquito net. 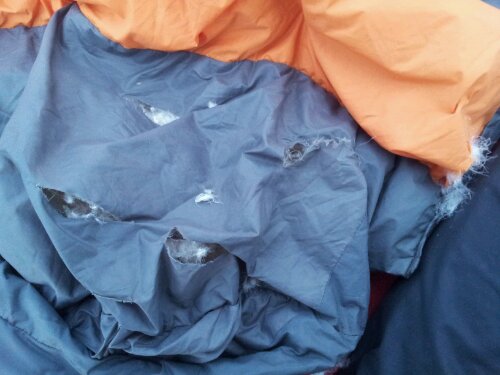 Slashed hood of my sleeping bag

2 thoughts on “Why did the bear rip up my tent?”