“Even in March, people were arriving from Ushuaia telling us how we’re ‘gonna die down there’. But it turns out it’s all hype. It was colder in Bariloche than it was in Ushuaia! It’ll be fine. I mean, really, I’m not sure what the big deal is.”   The words of travellers in Villa Cerro Castillo. A few days later we were camping in -11C and 3 foot of snow.

I had agreed with them. Up until Puerto Tranquilo I’d been wondering if there was such a thing as a Patagonian winter. OK yes it was raining a lot and yes there was some snow. And these can admittedly pose some uncomfortable hardships but it was nothing new. Then in Puerto Tranquilo the weather turned a little more serious and we awoke to a whole new set of logistical challenges… 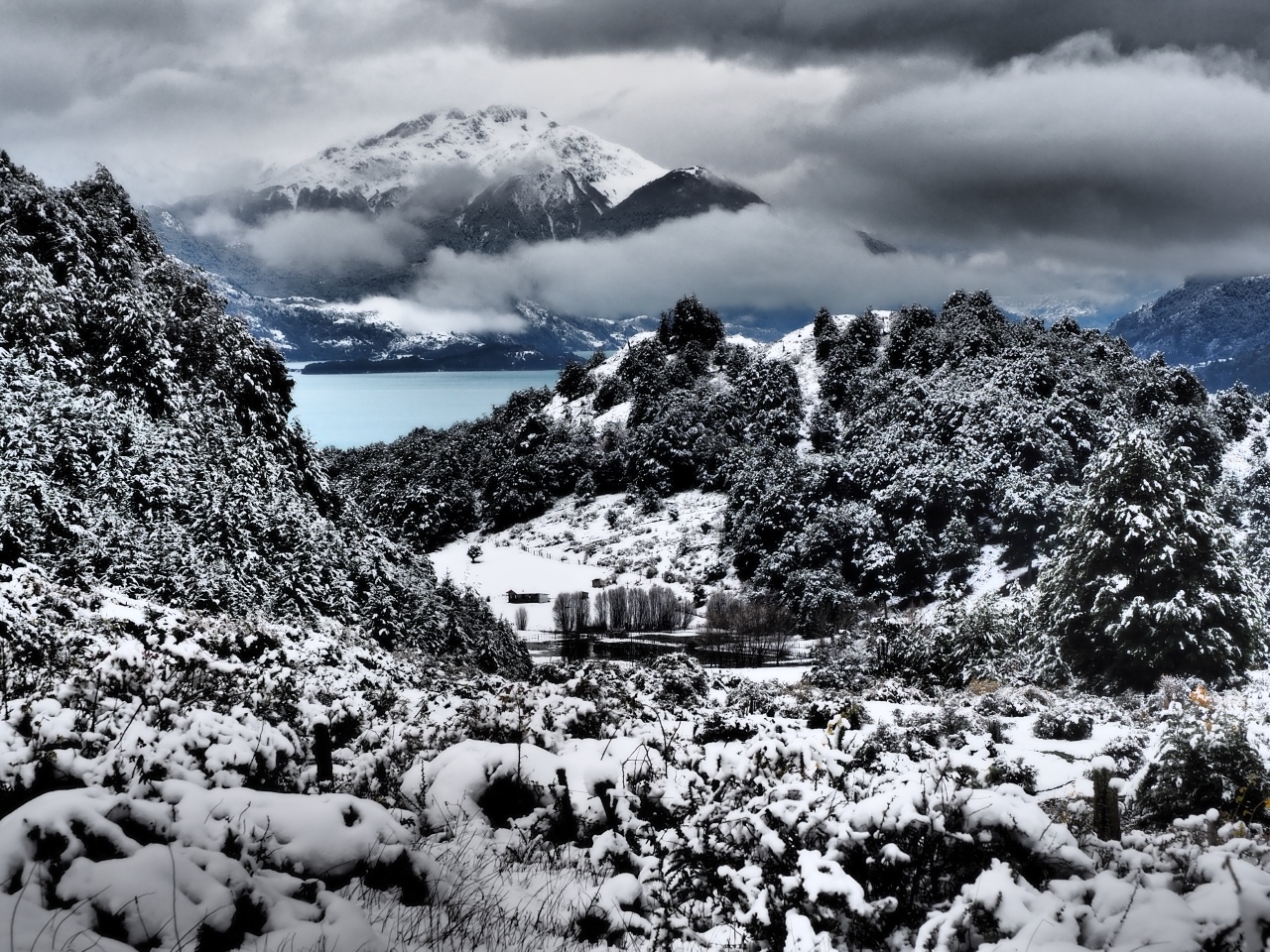 “The road’s closed!” shouts a truck driver as we sweat our way up the hill out of Puerto Rio Tranquilo frantically stripping off layers. 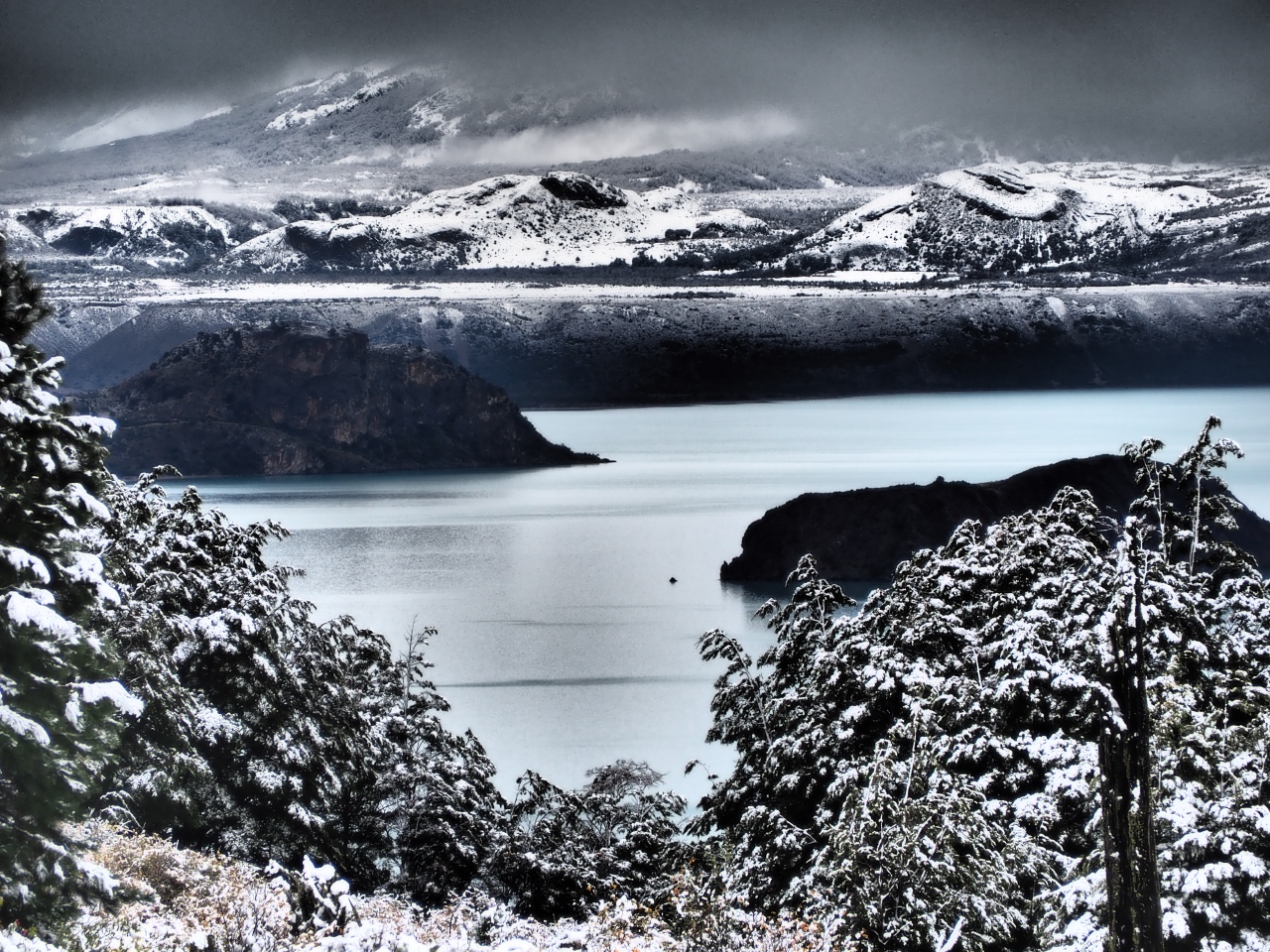 Of course we ignore the warning and continue along the second largest lake in South America. 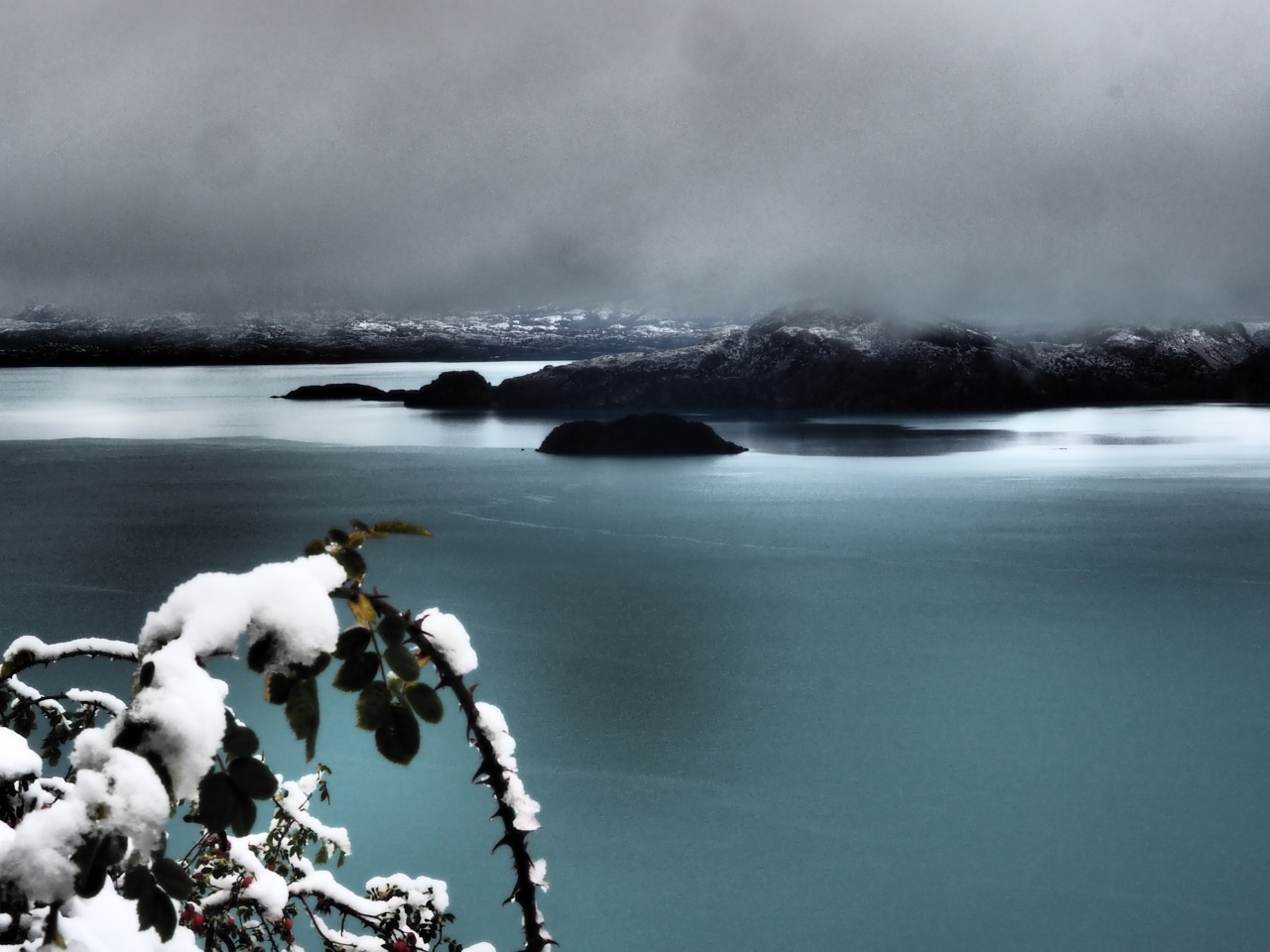 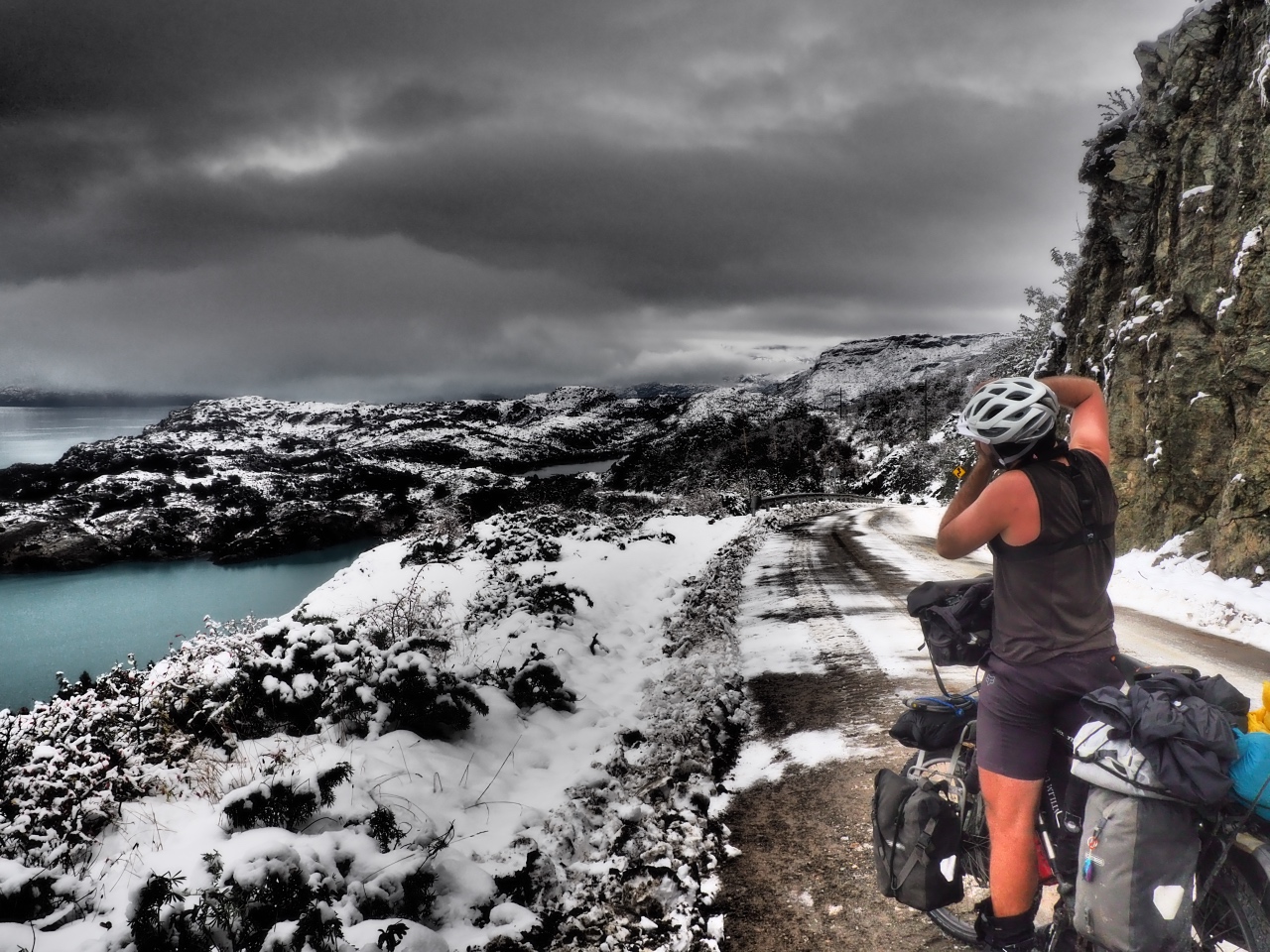 Gurkan takes a fall on the icy road but continues unperturbed in his shorts and t-shirt. It’s -2C. Shortly after, we pass people digging out a truck that’s slid off the side of the road. Fortunately not the cliff side.

I elect to wear my warmest gloves; a 5000 peso secondhand pair picked up in Pucon. I realise their inadequacy almost immediately when my fingers start stinging on a tiny descent. I question if I have prepared enough; if my kit is inadequate here what the hell is it going to be like a month deeper into Winter and a thousand kilometres closer to the South Pole? Since supply options after Coyhaique are fairly limited I start working through some homemade options to protect my hands from the biting wind. These eventually morph into 2 litre plastic bottle ‘pogies’ in Cochrane (next post) and become an indispensable feature of my kit. 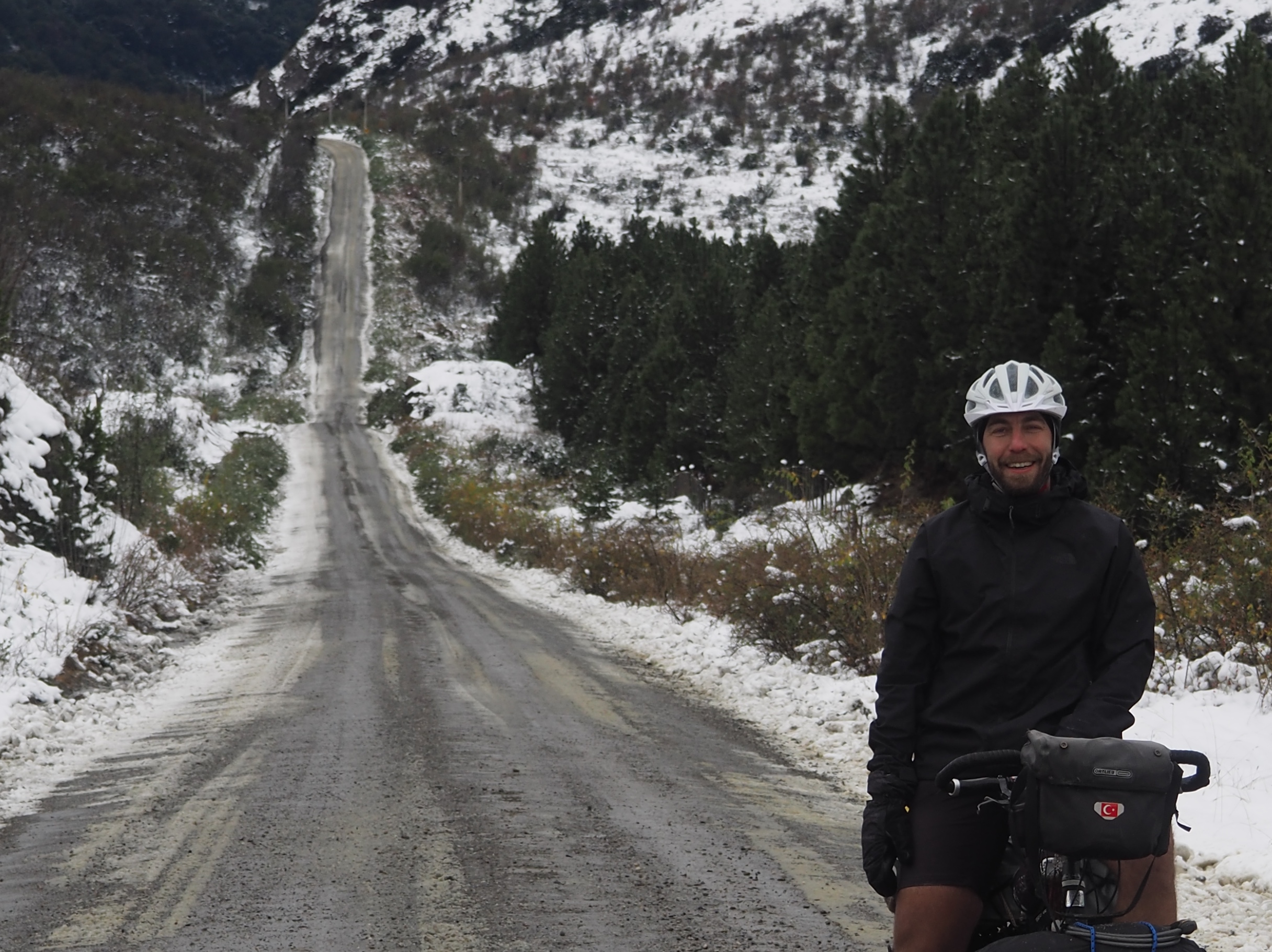 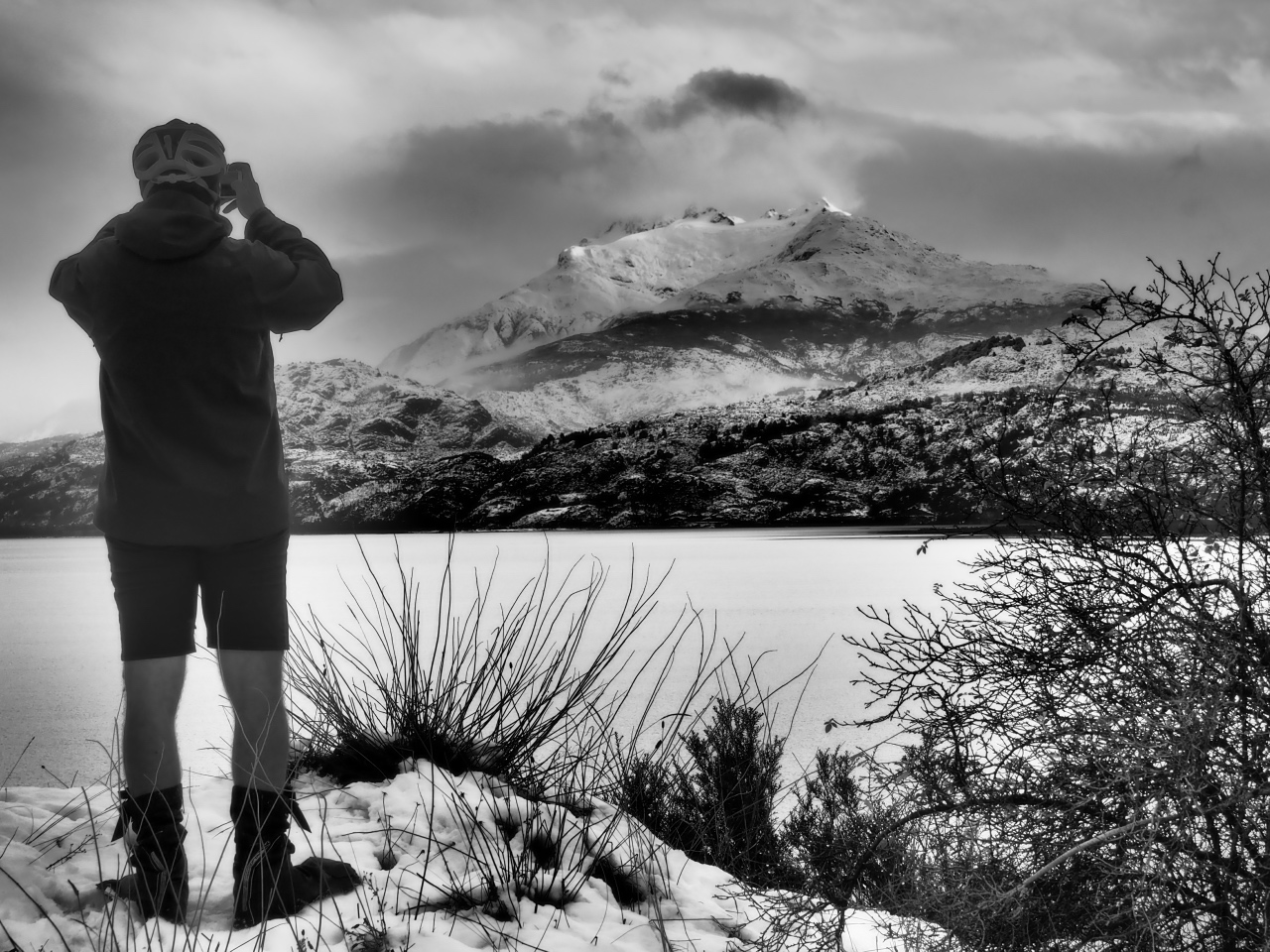 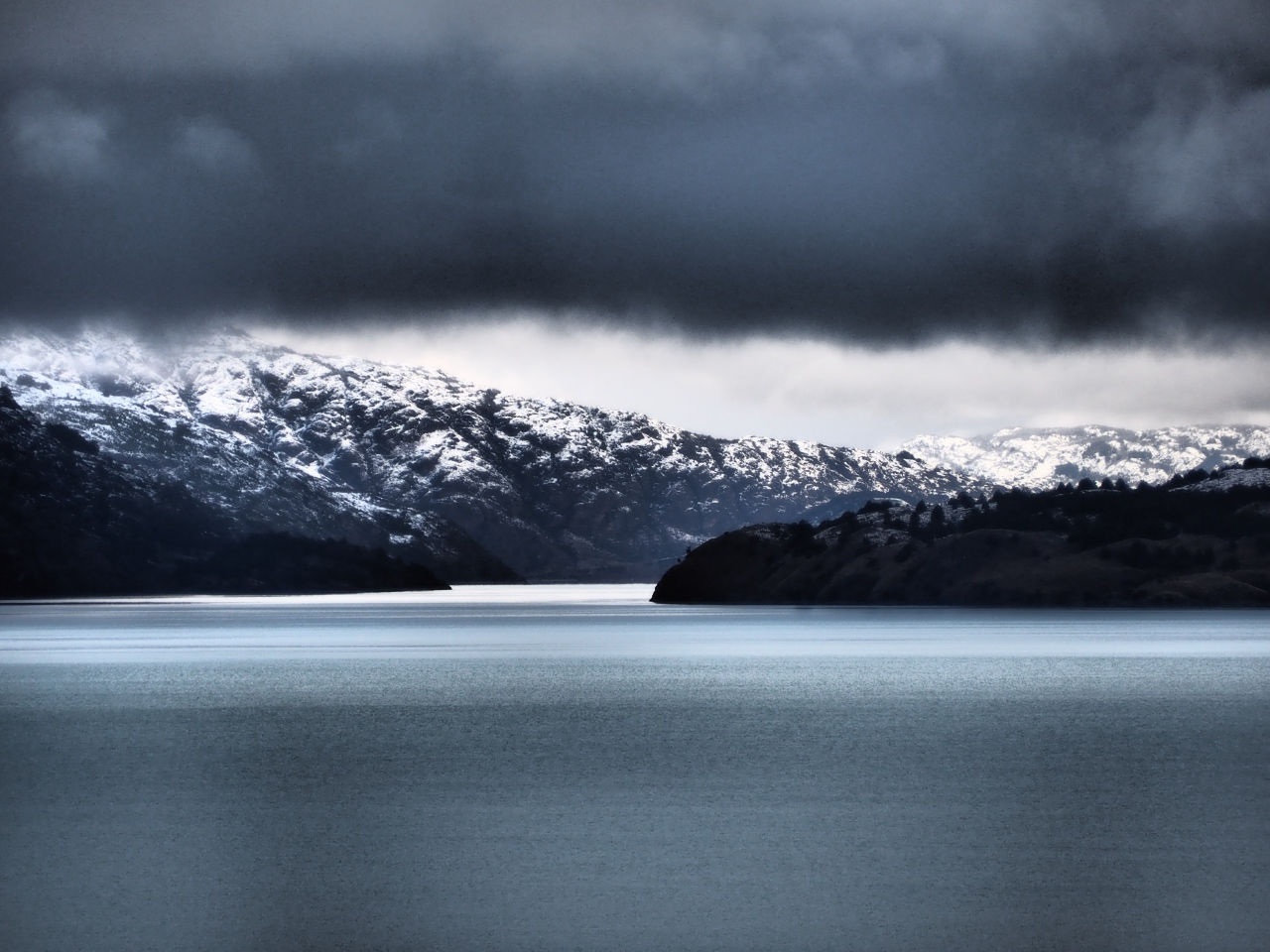 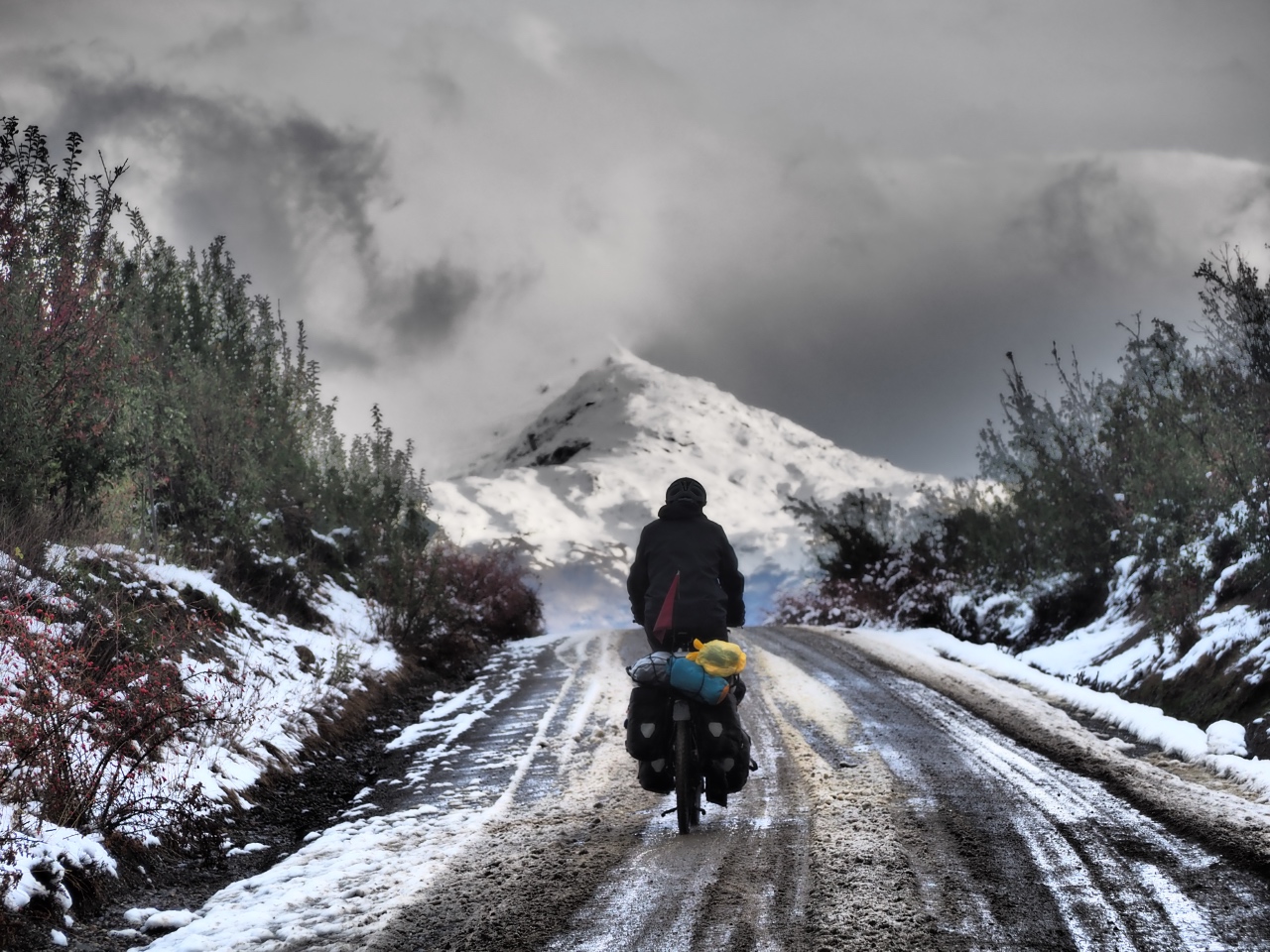 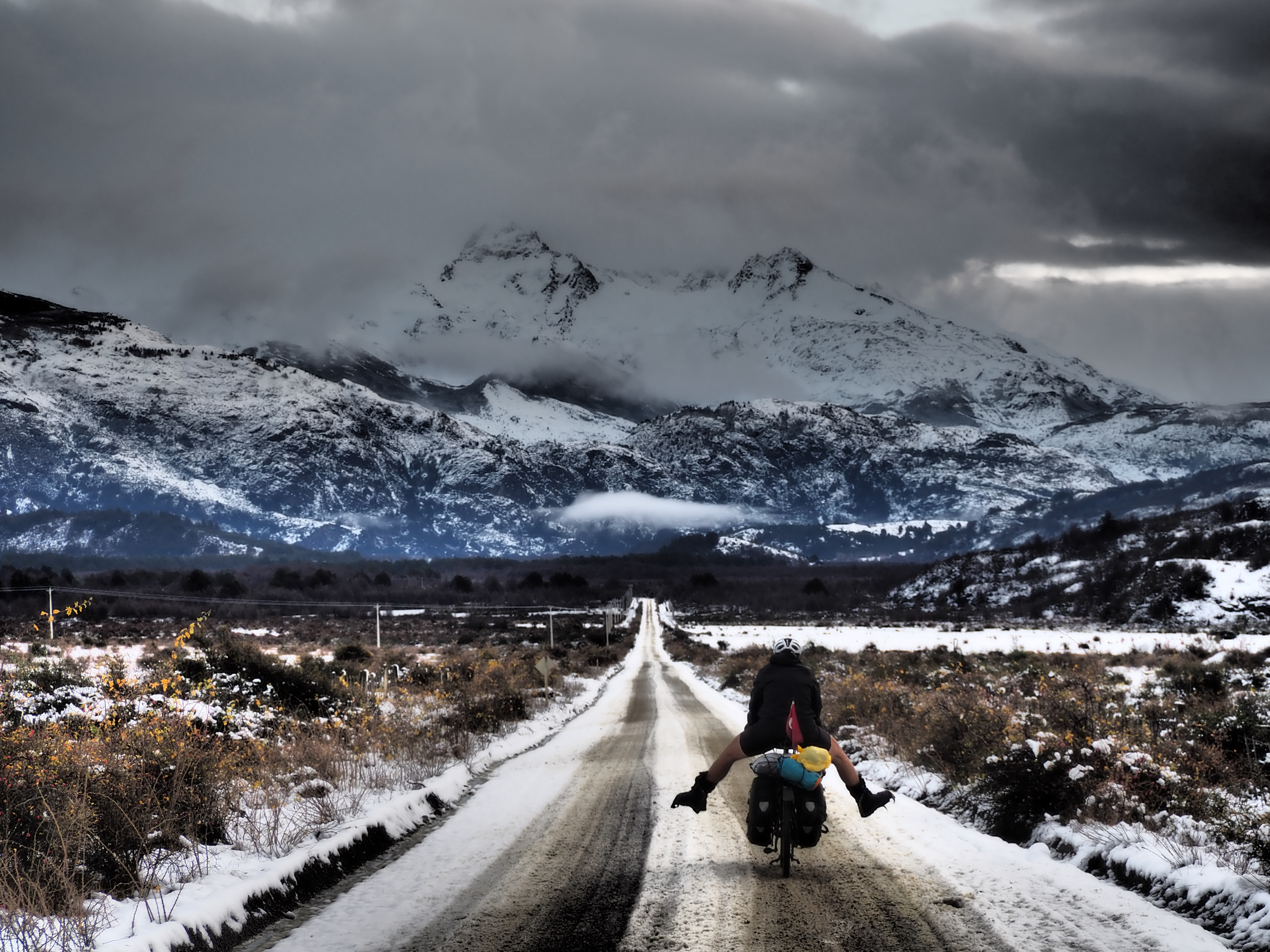 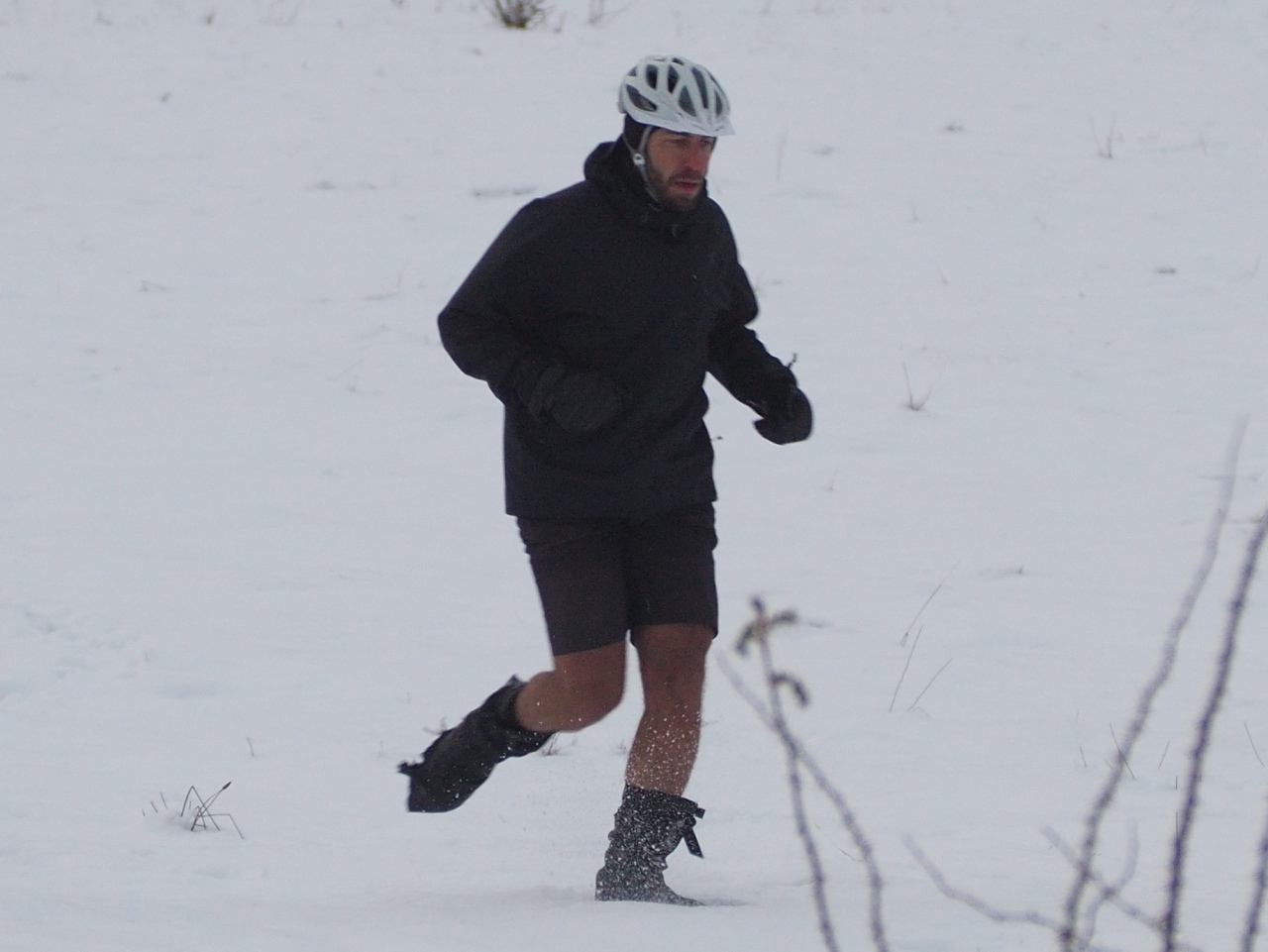 In the diminishing light, Gurkan runs back across the field having checked the ‘camp-ability’ status of a distant barn. 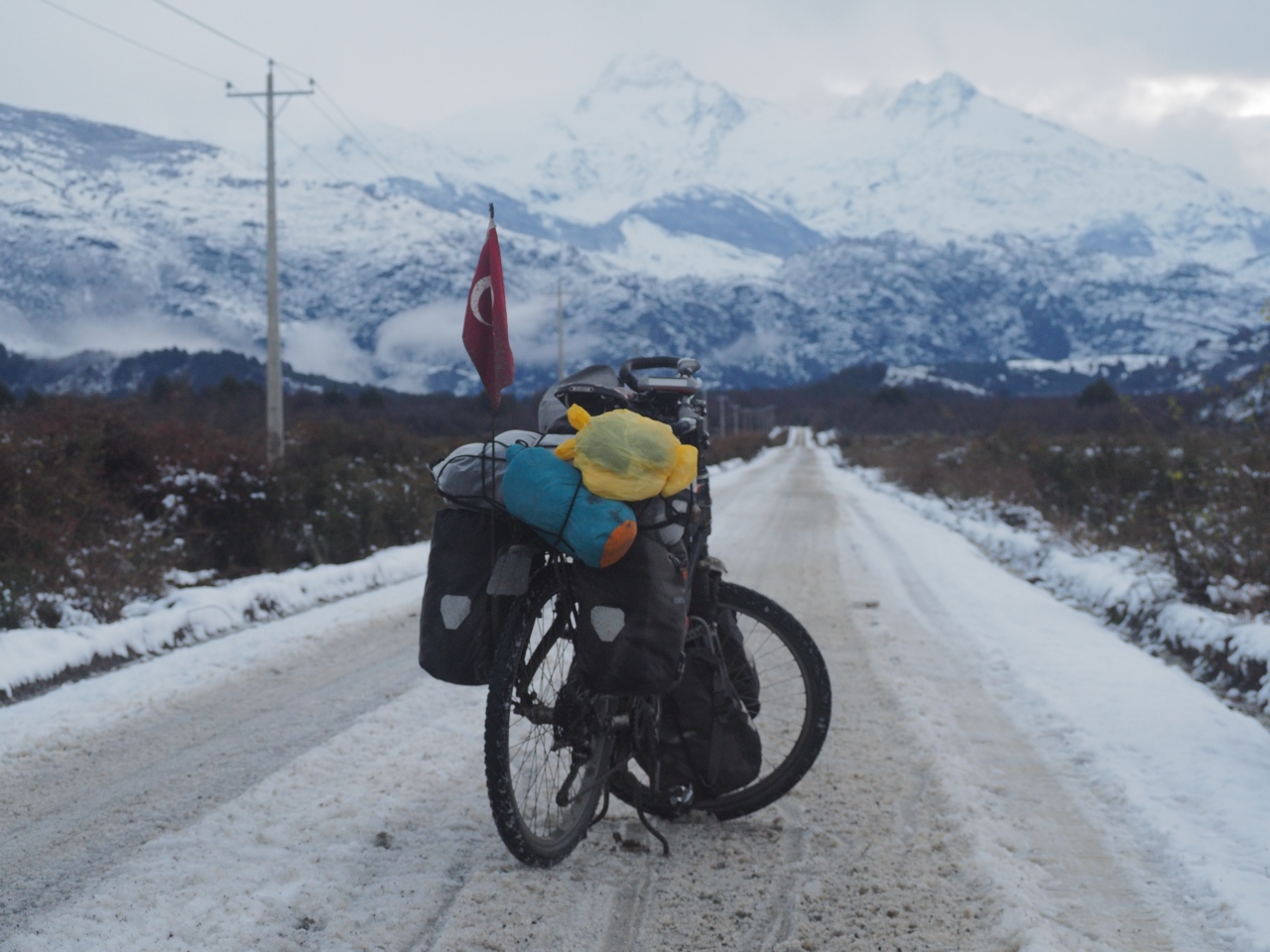 Leaving his Turkish flagged bicycle in the middle of the road. 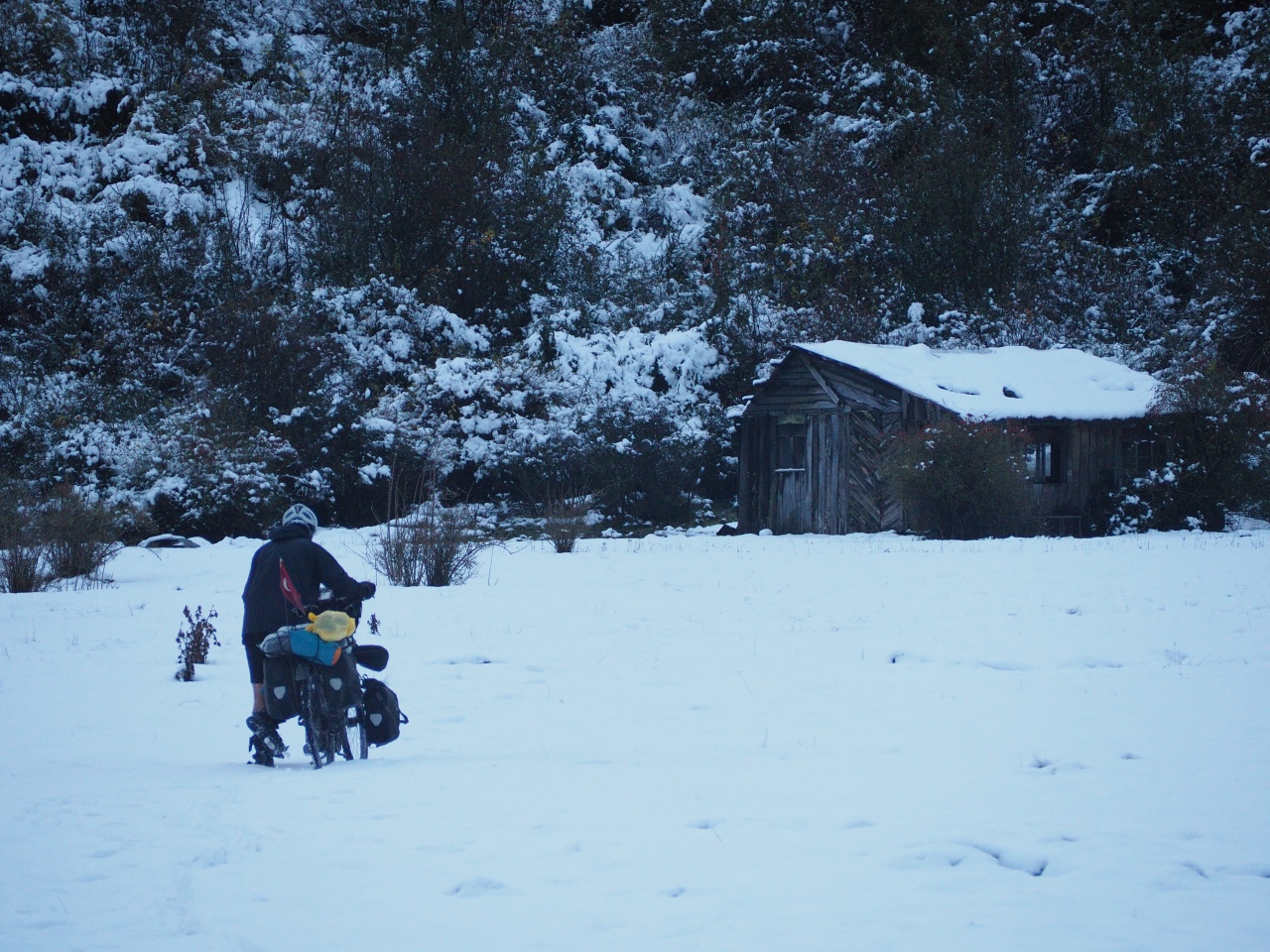 It’s a disgusting mess inside the barn. We choose to camp next to it. 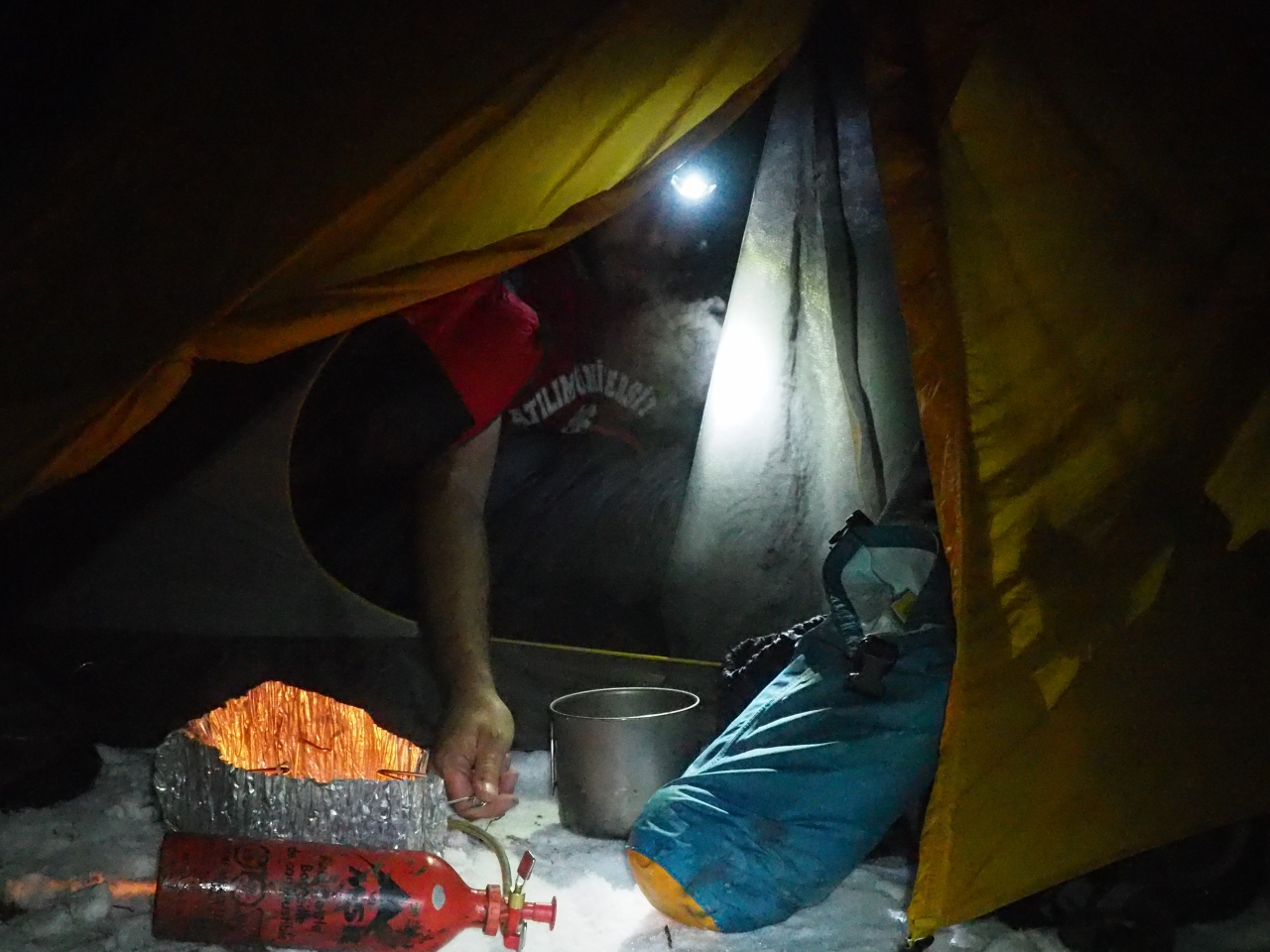 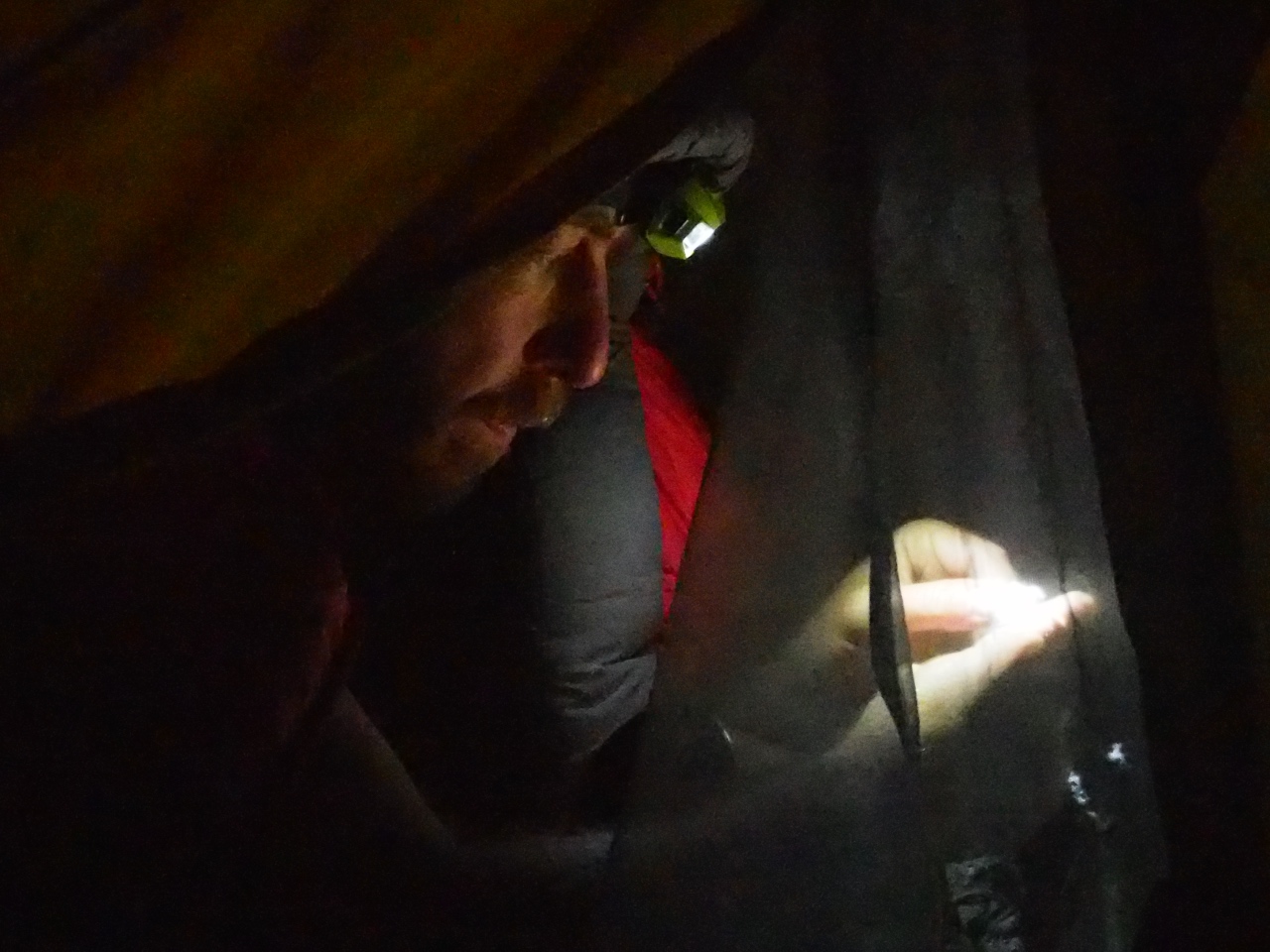 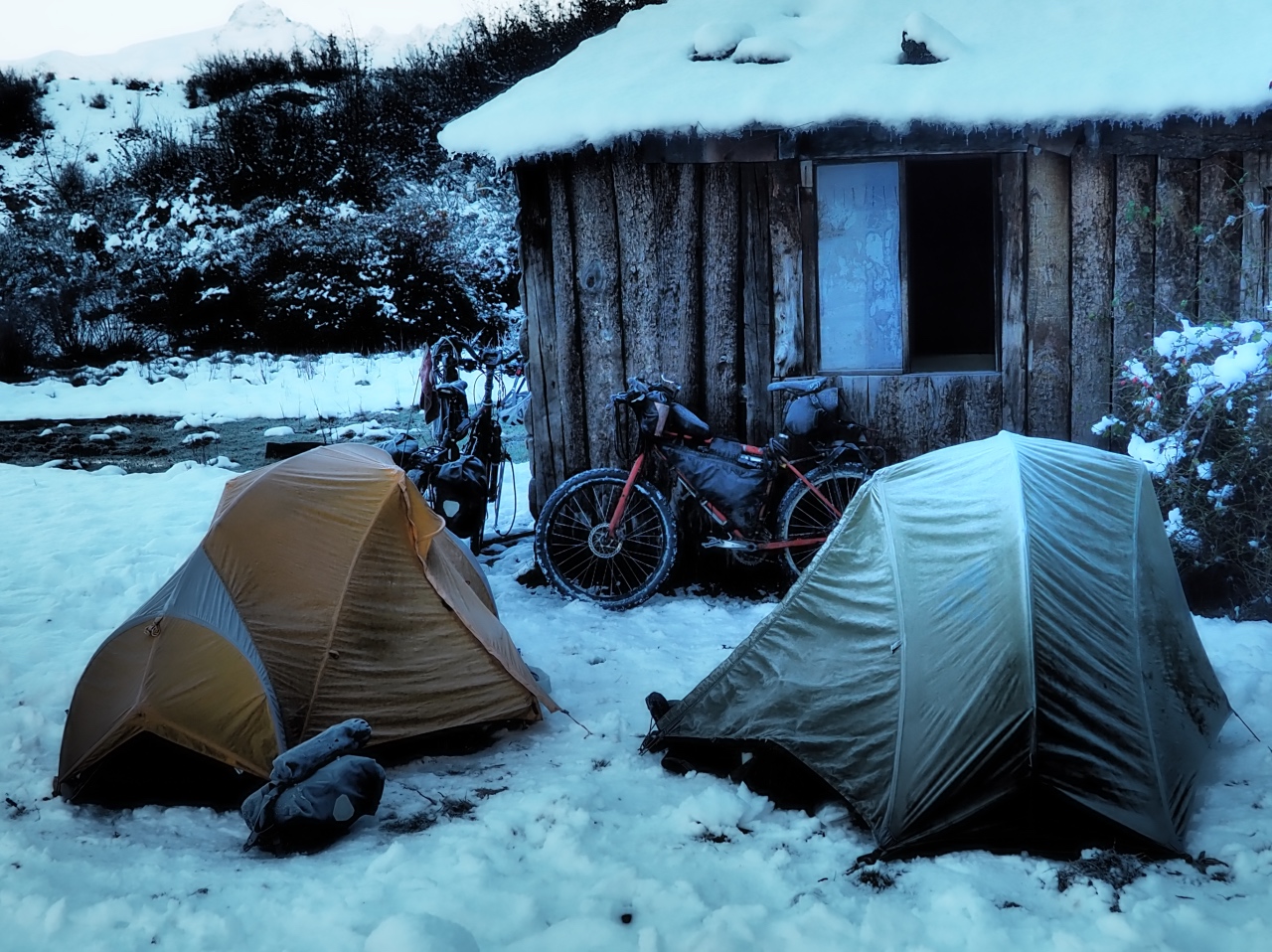 The morning after a windless -7C night. 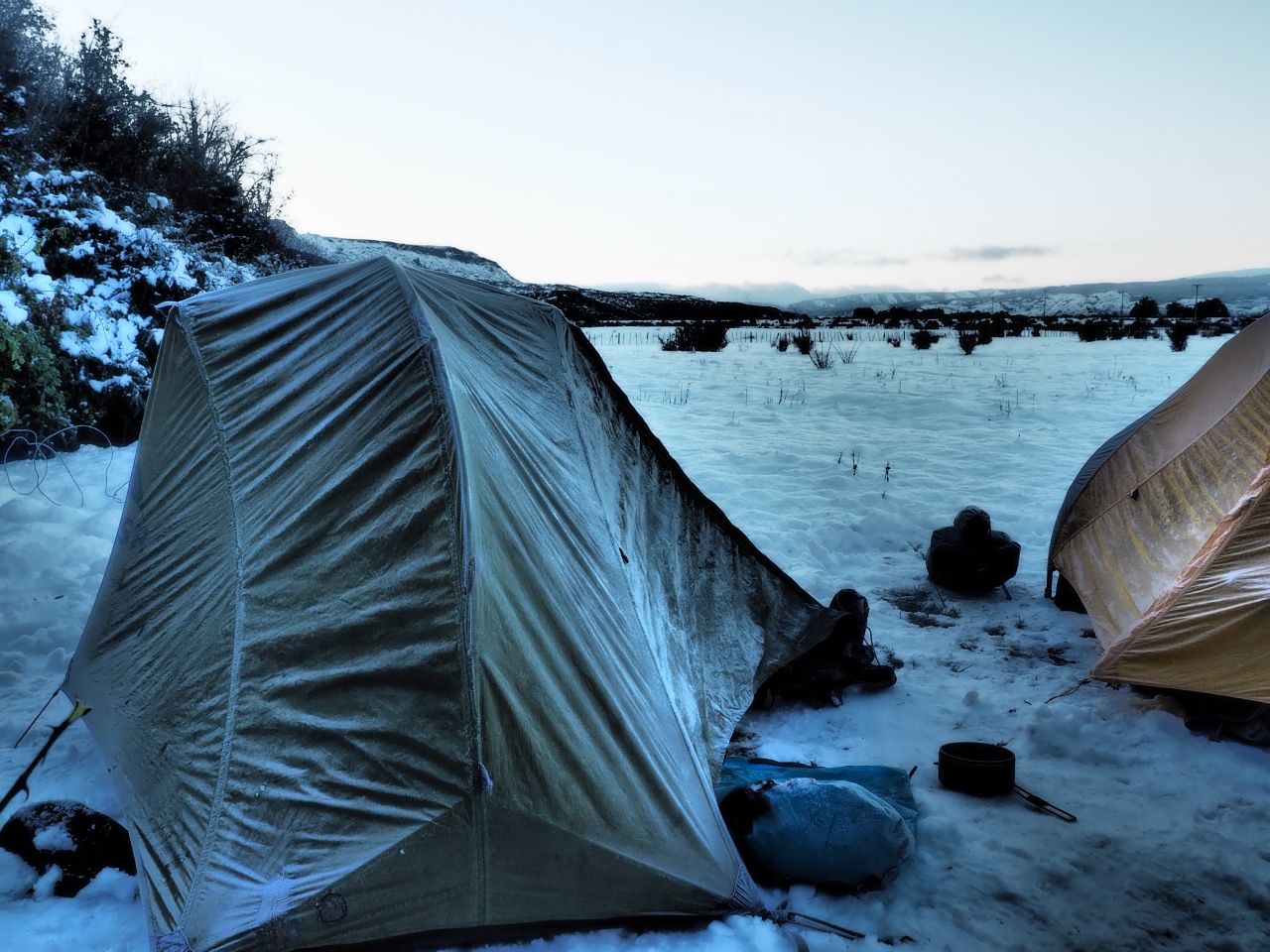 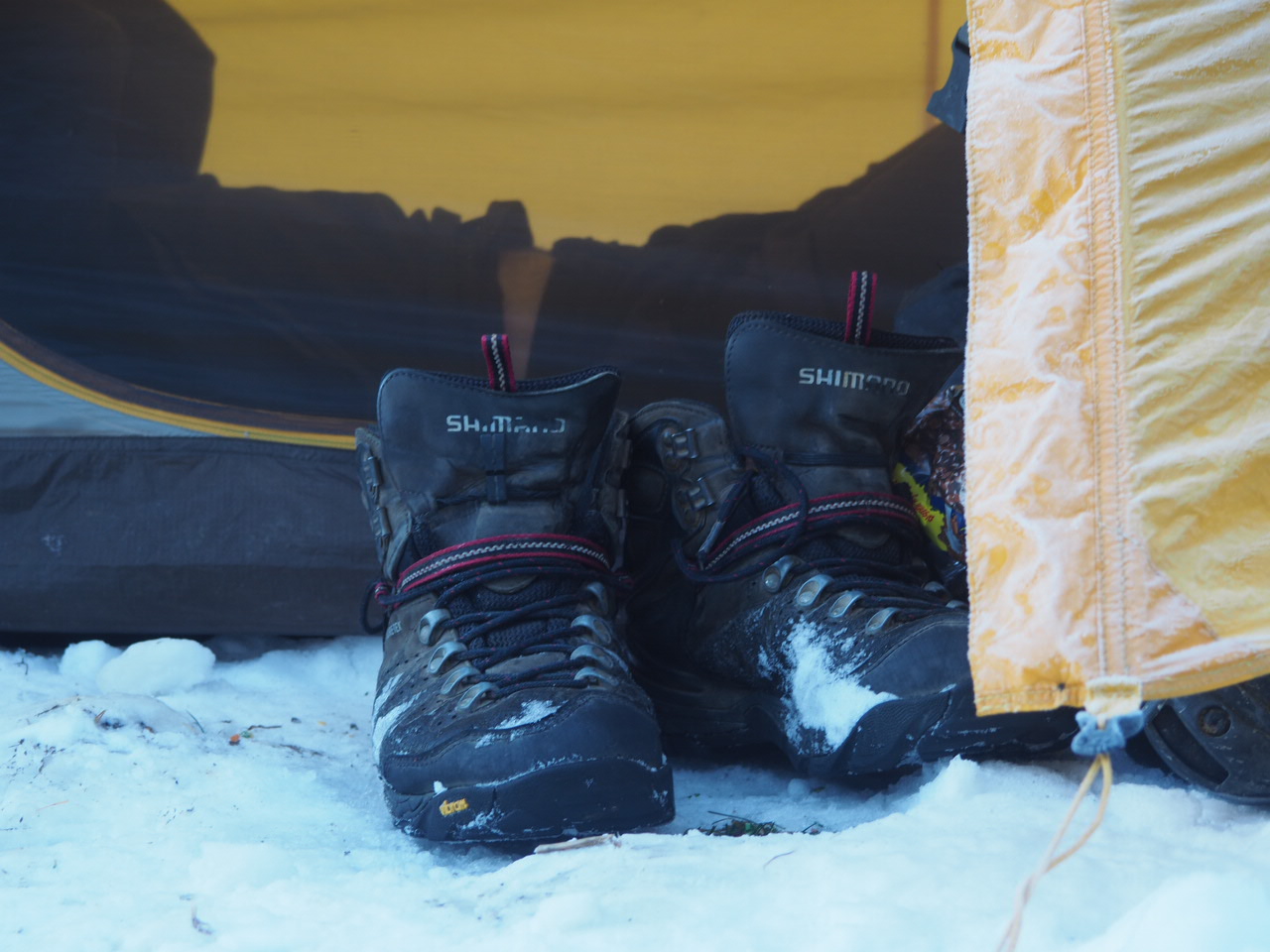 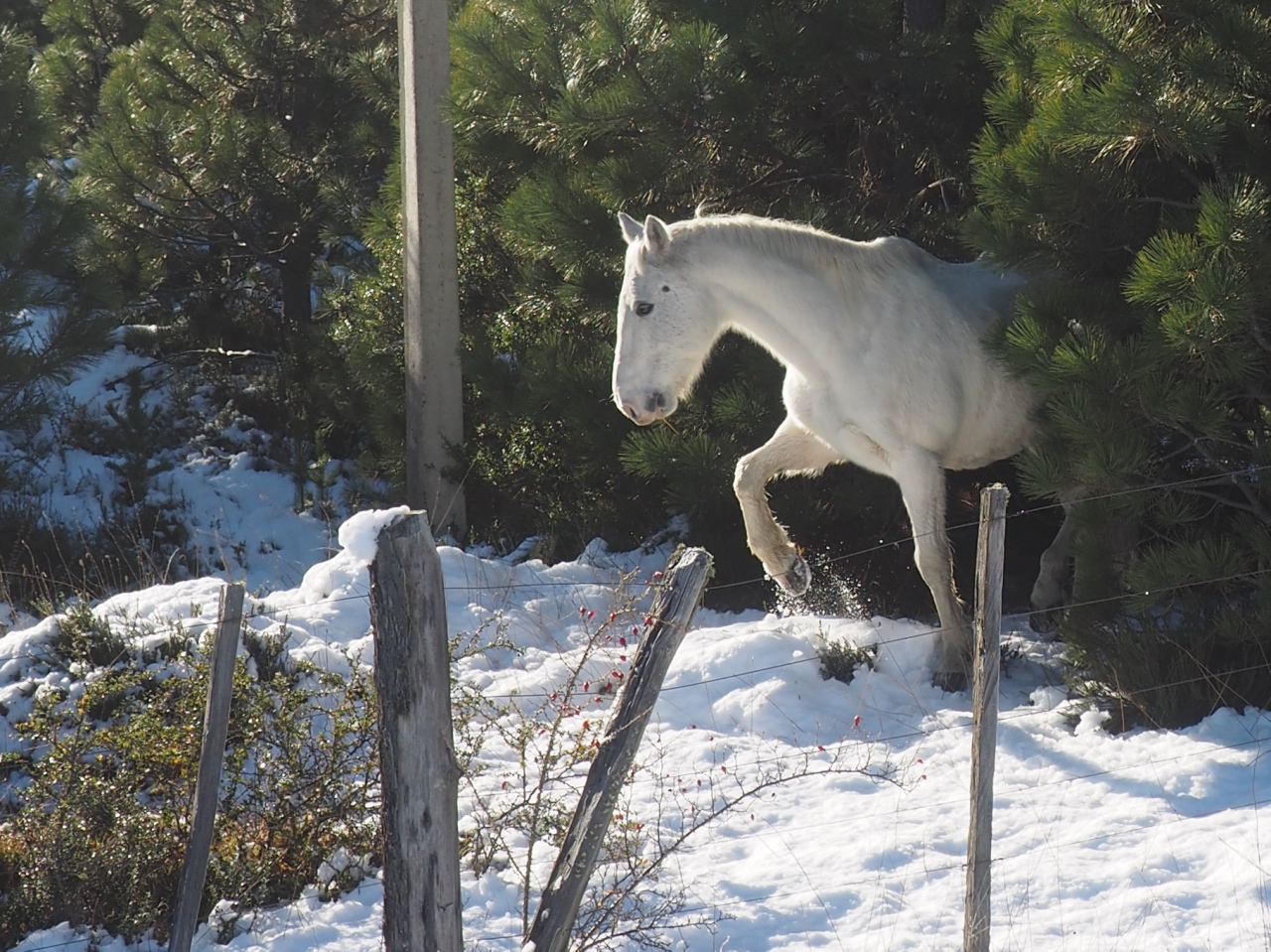 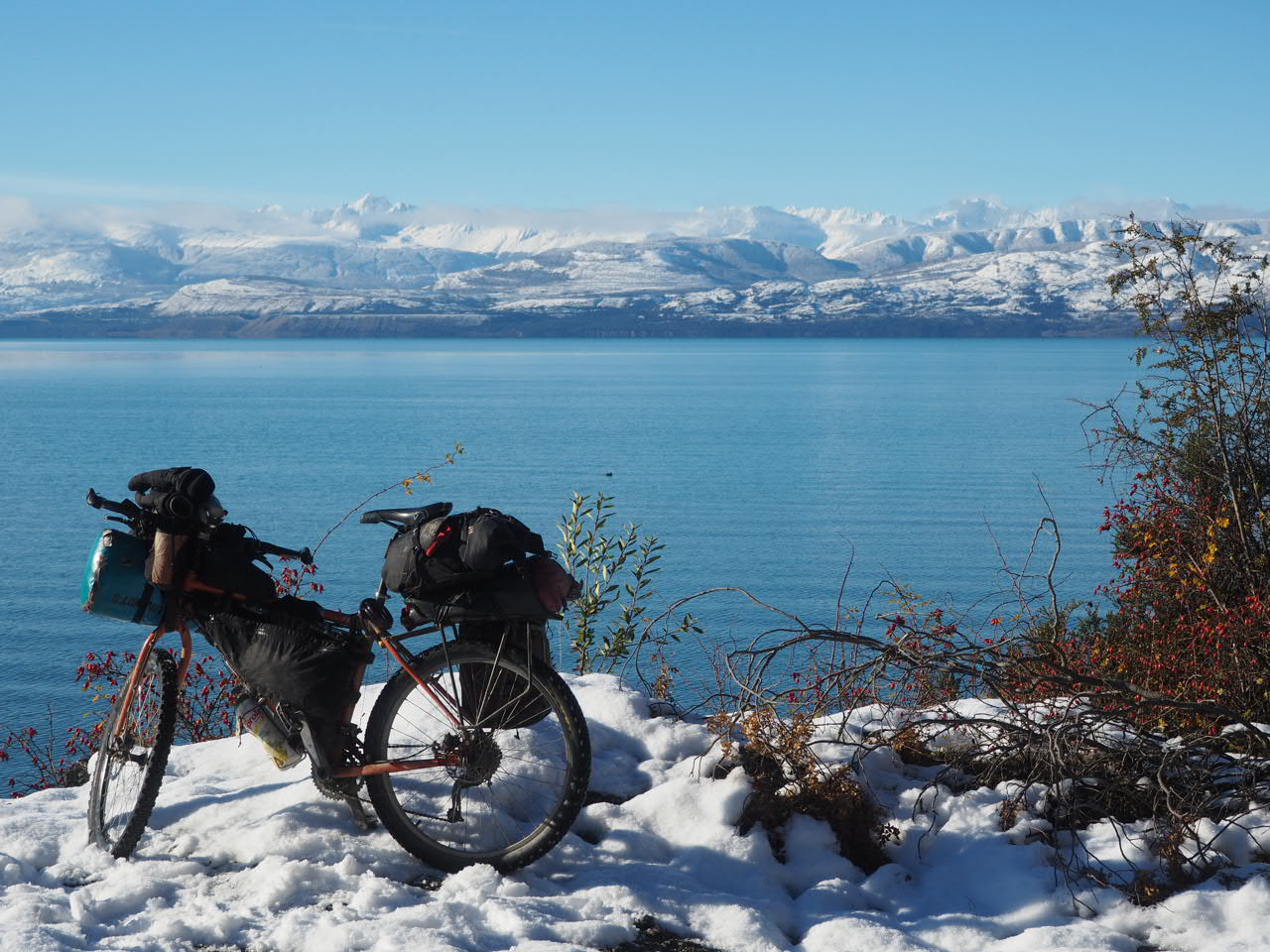 Frozen parts: We make the rookie mistake of not covering the (now) frozen chainset and cables from night exposure. Half an hour is lost to a ‘morning sun defrosting session’ as it peaks above the mountain tops. There’s an almost imperceptible temperature change but exposure to the direct sunlight is enough and we are on our way. 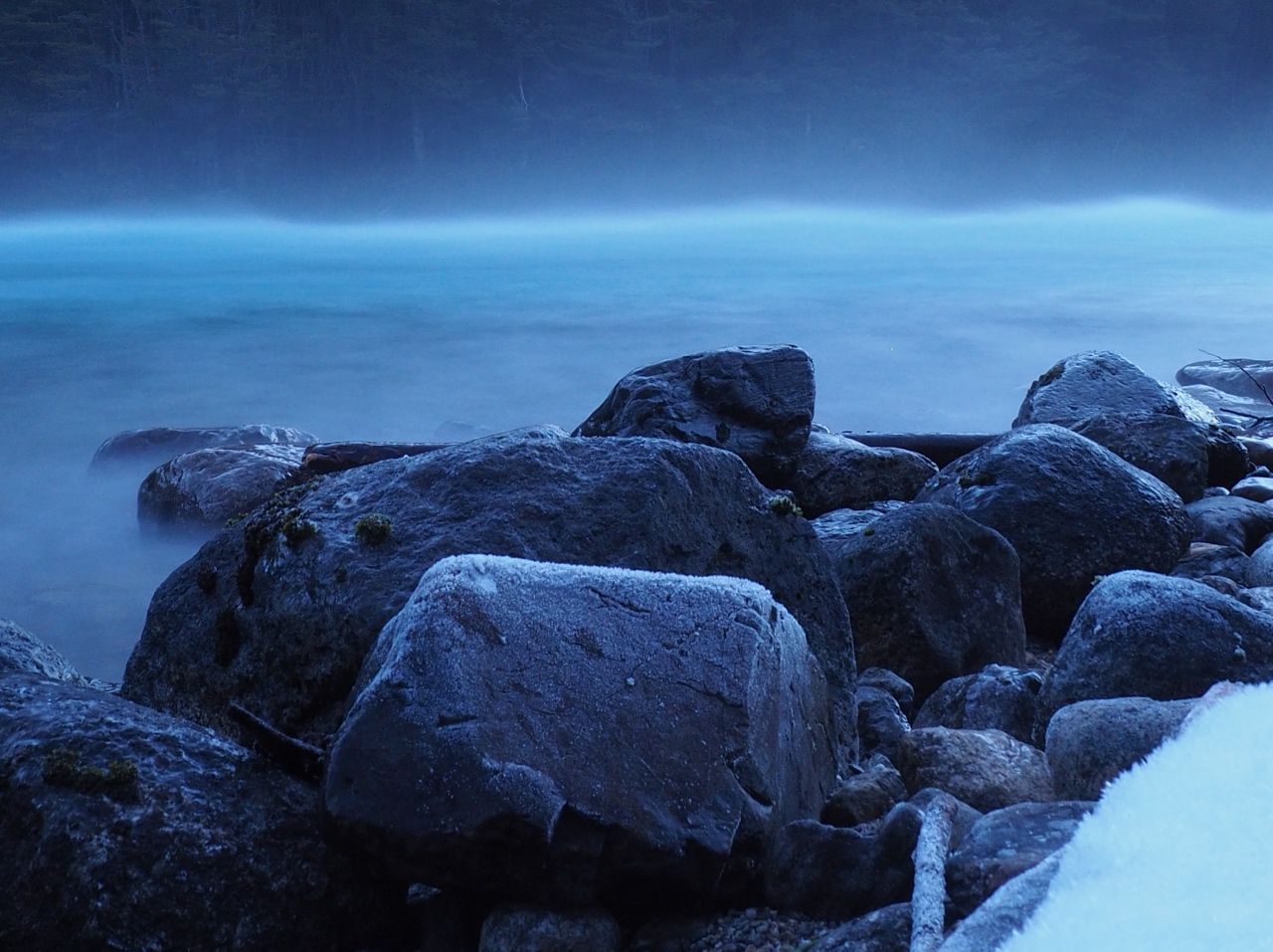 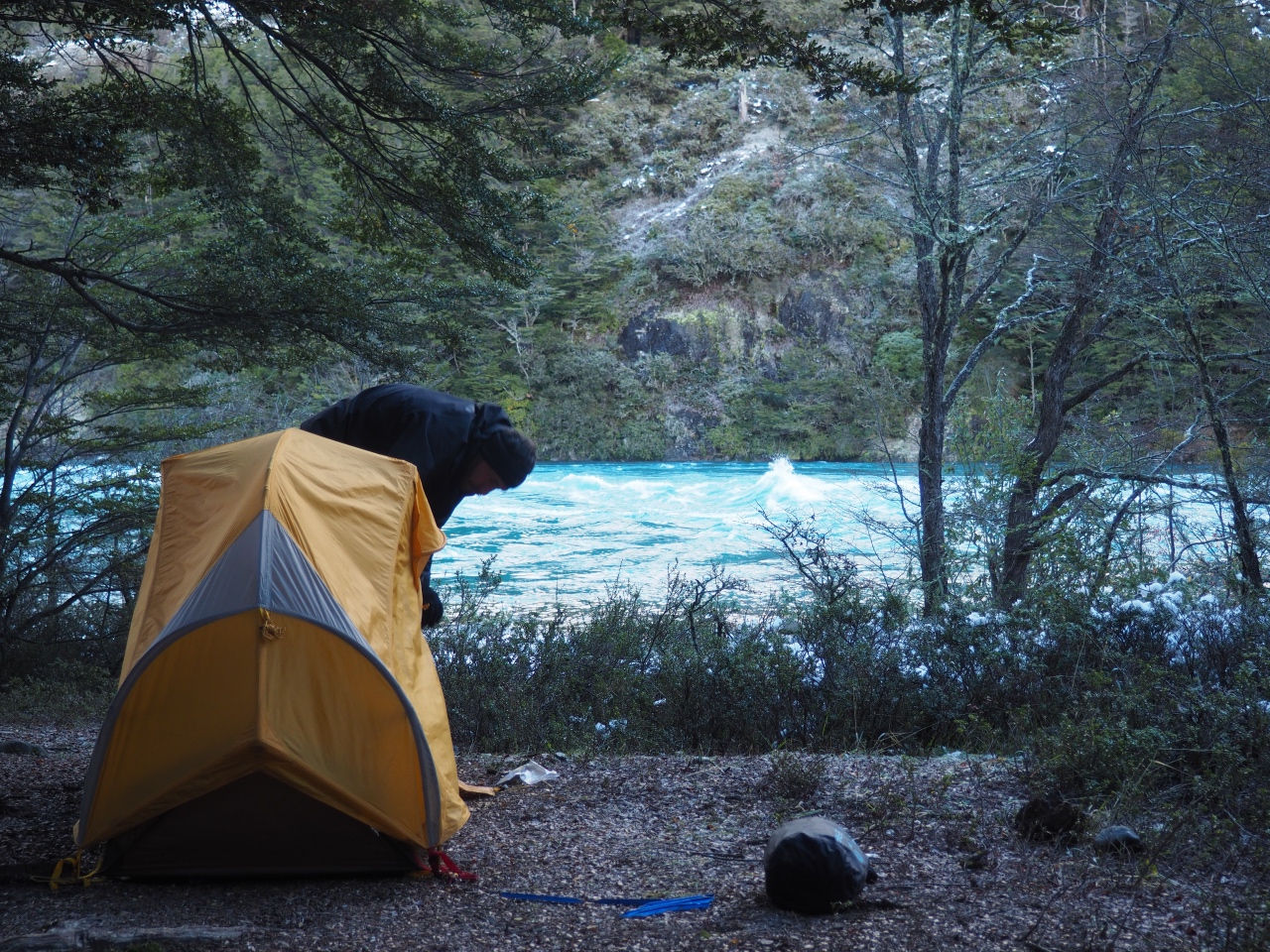 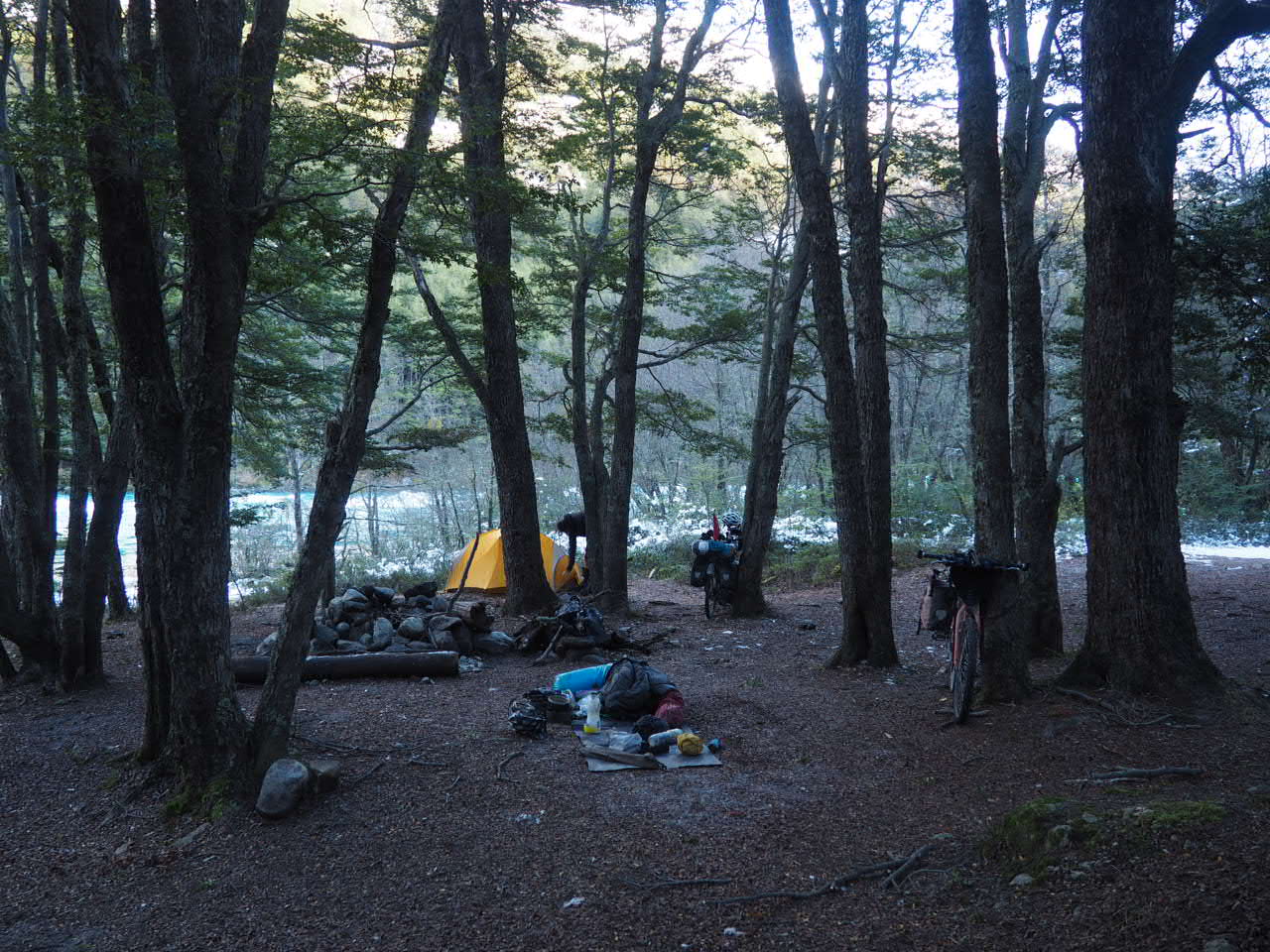 We find this gem of a camp spot near Puerto Bertrand on Rio Baker using the increasingly frequented iOverlander app.  The trees protect us somewhat from the exposure. 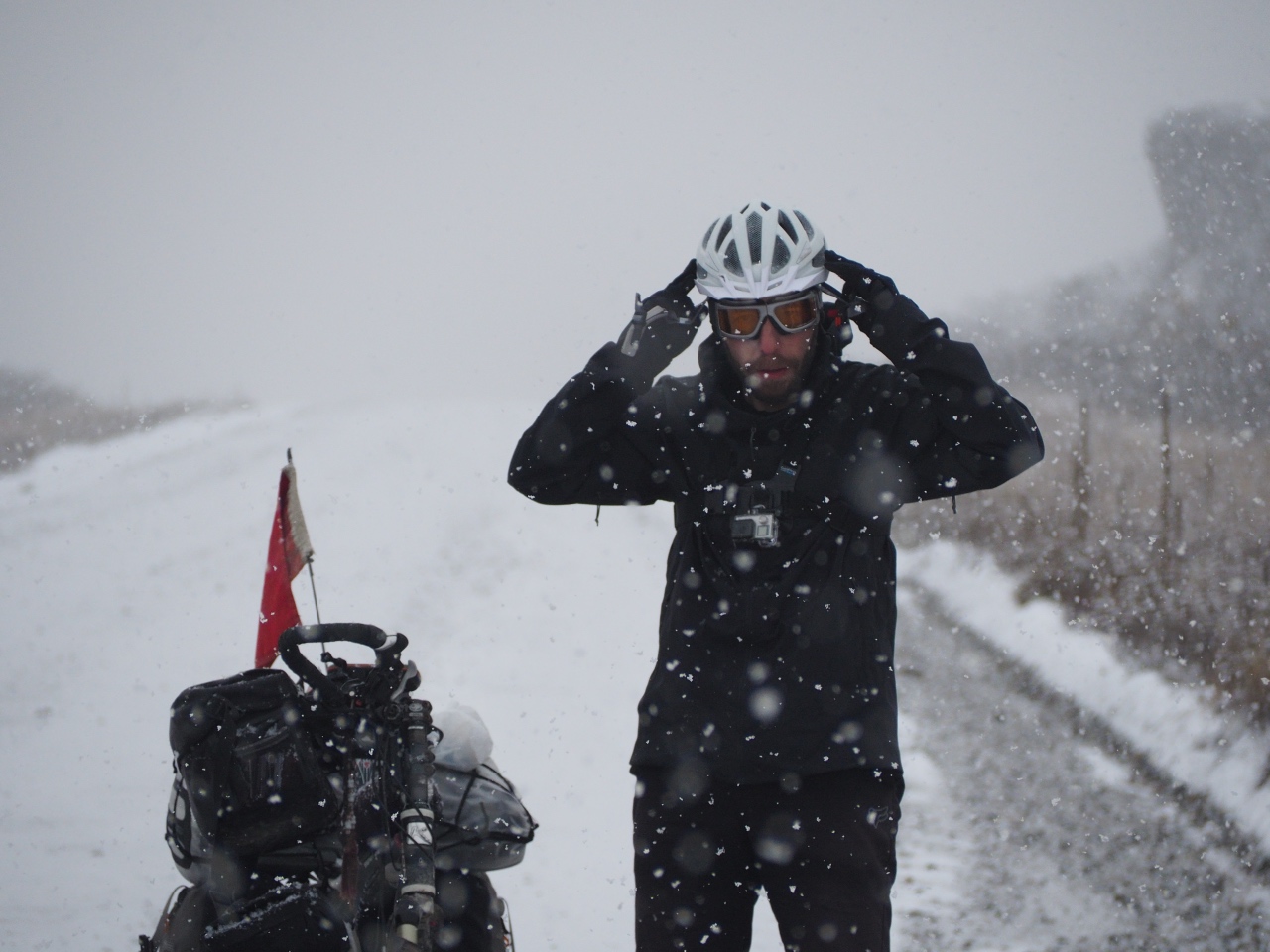 Time for the skiing goggles 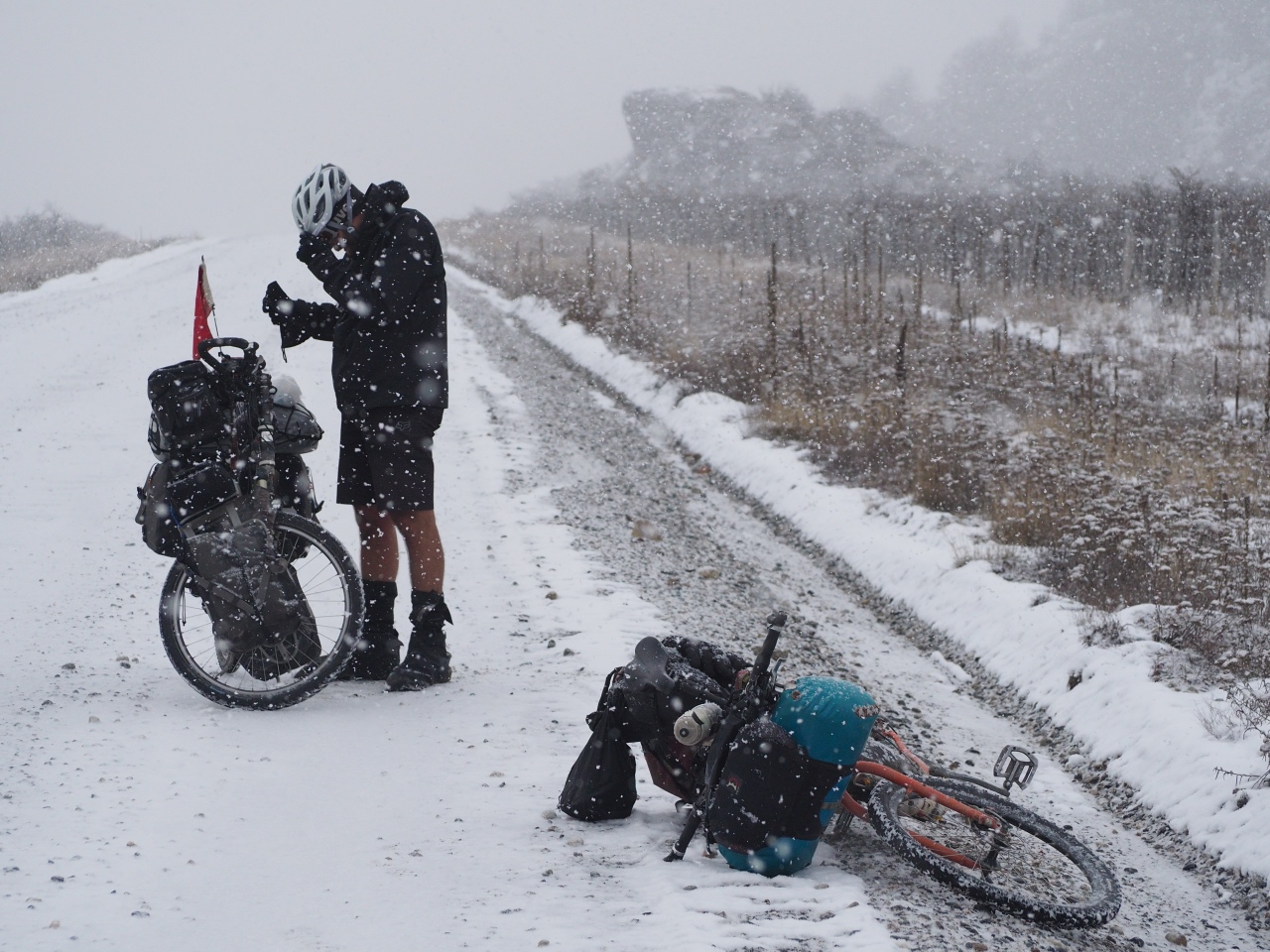 But stick with the shorts. No need to change those (apparently). 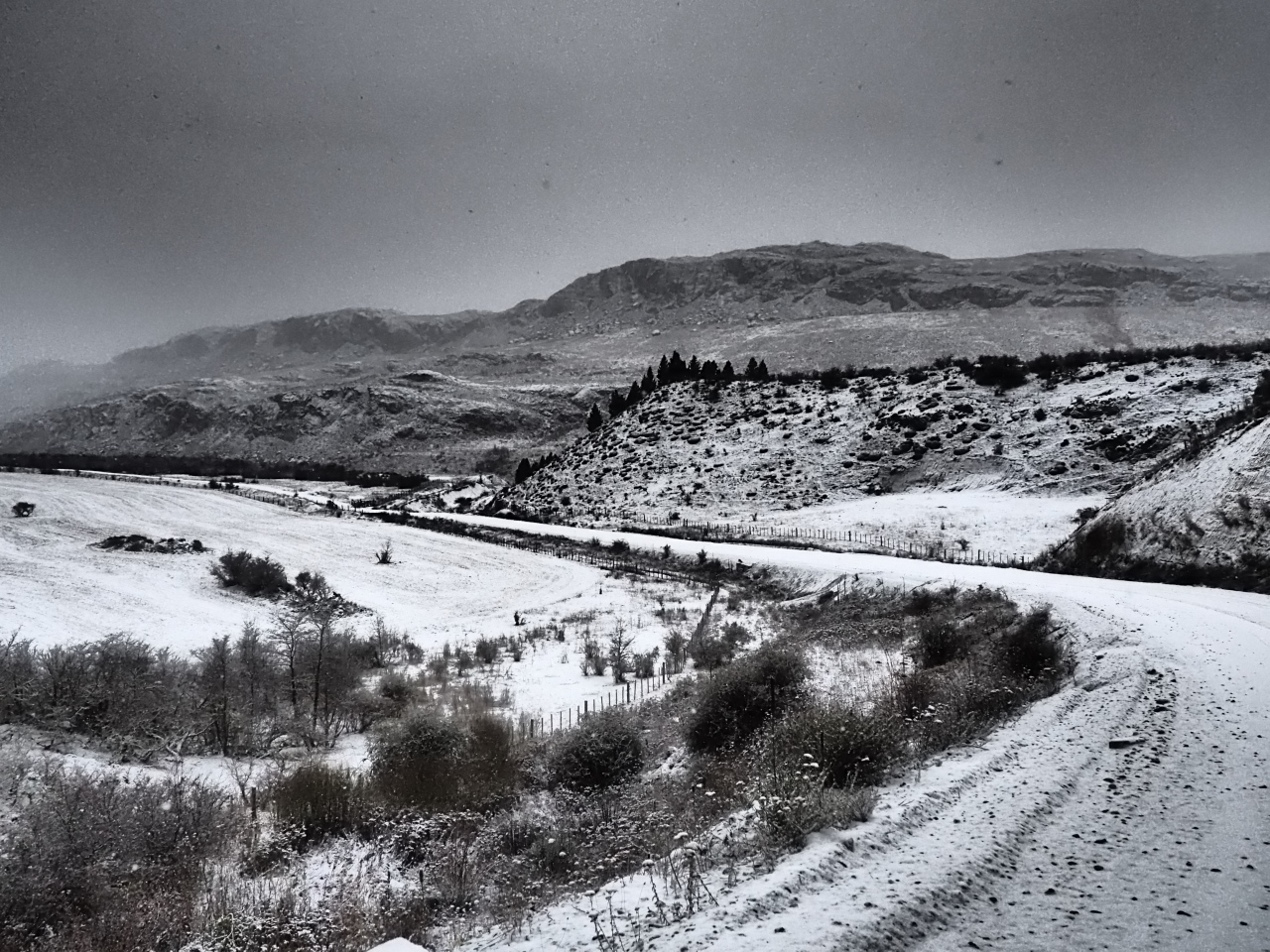 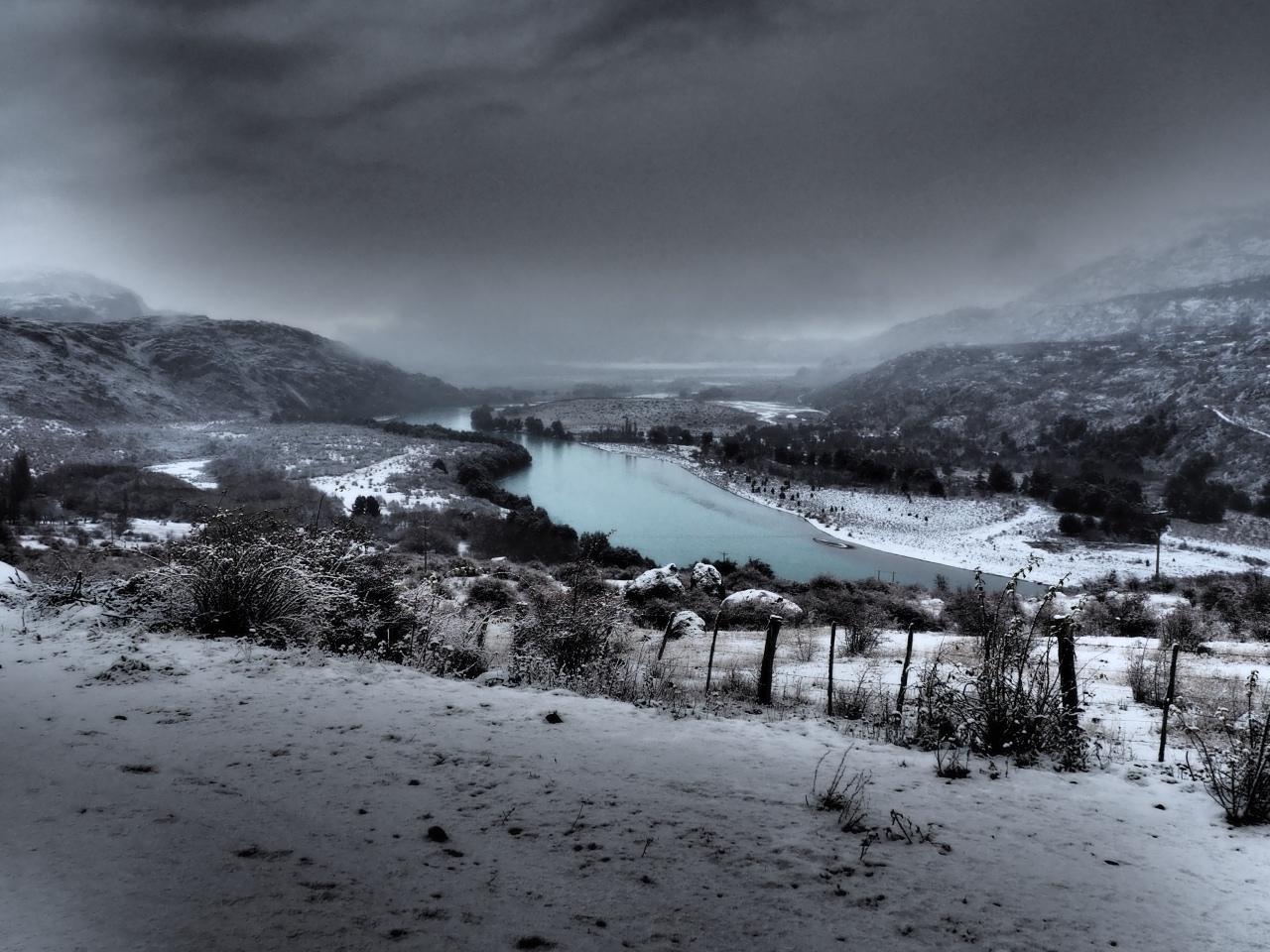 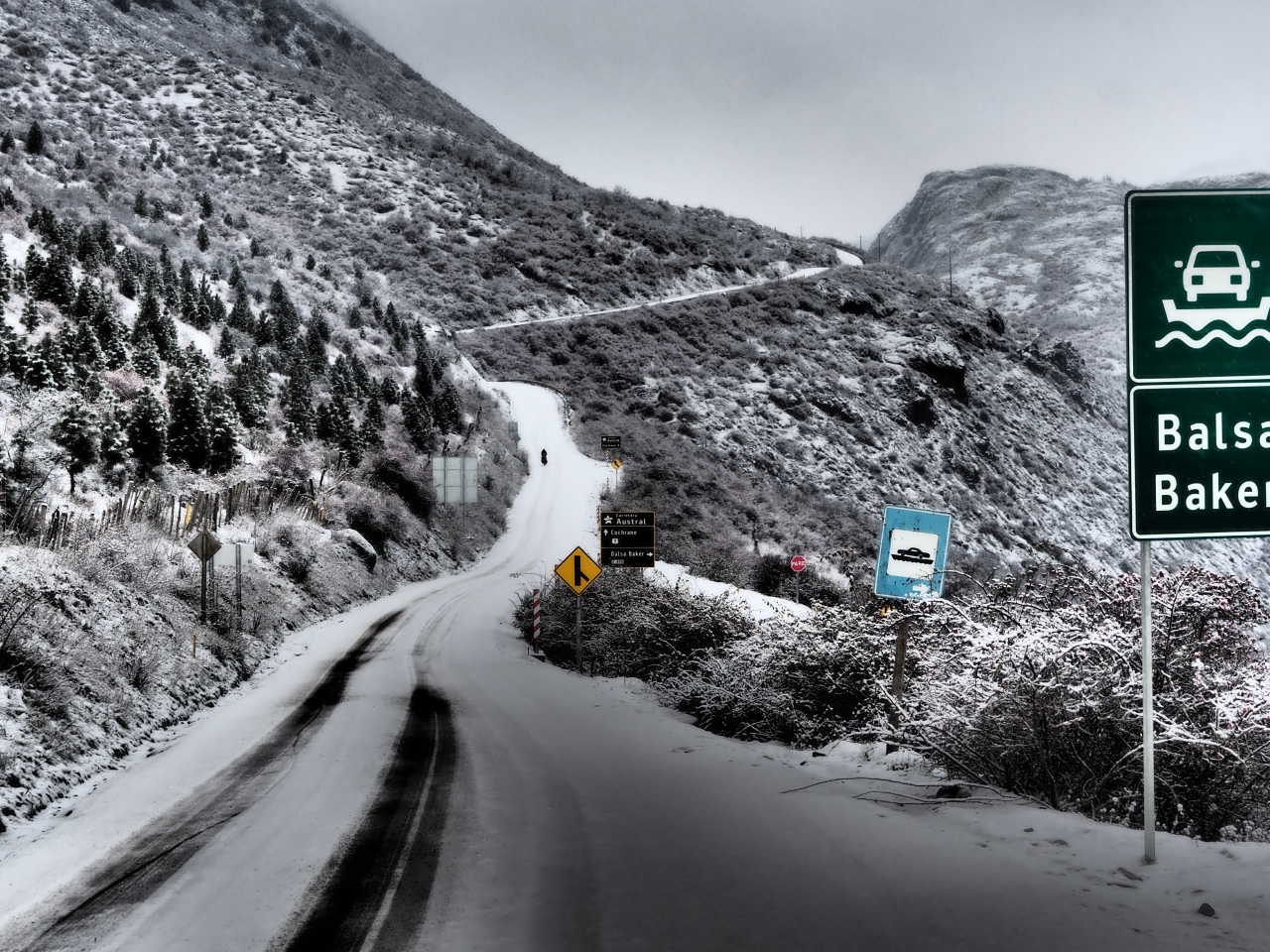 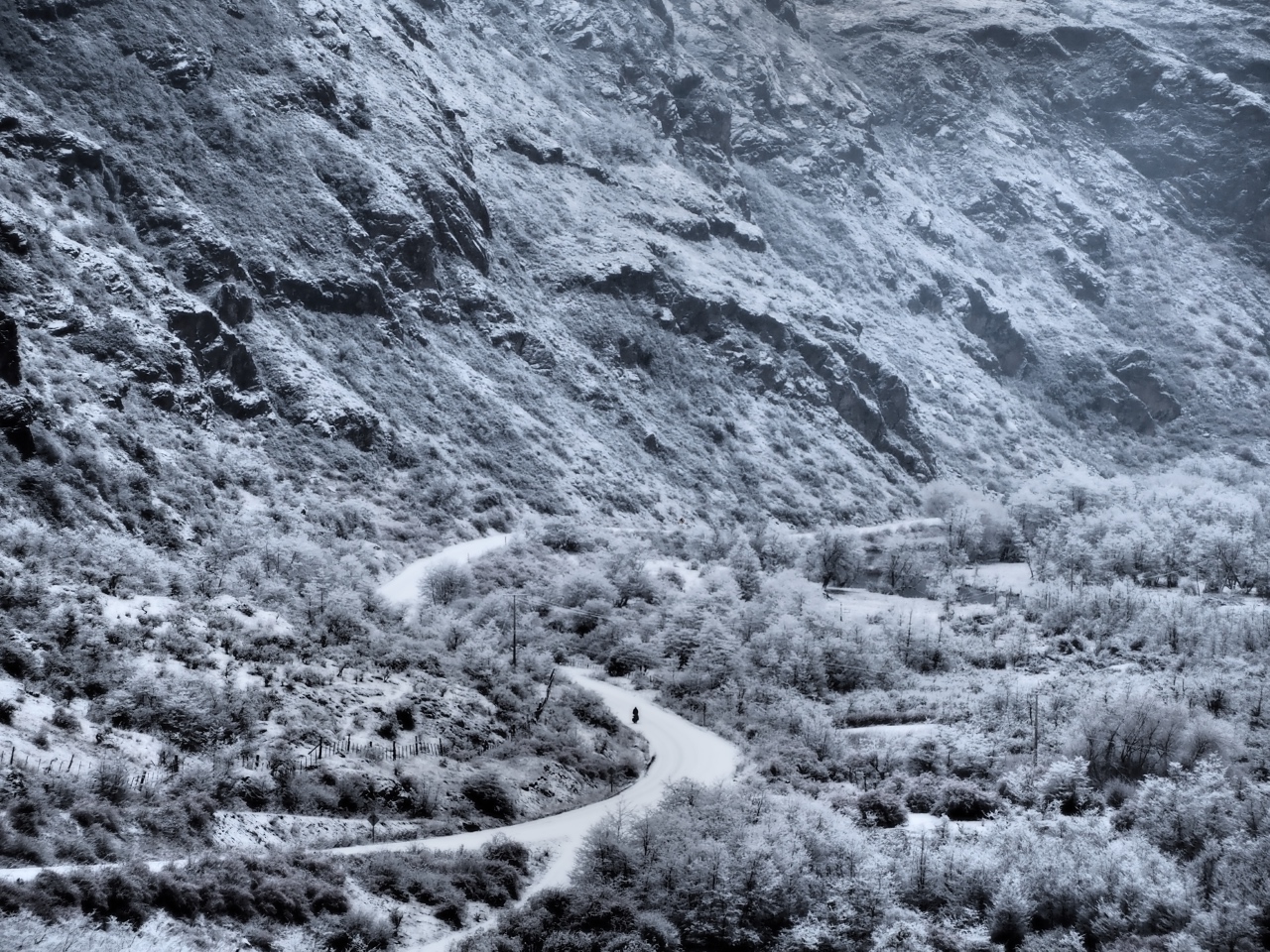 Patches of ice, hidden by snow, make for some challenging riding and a drastic reduction in speed (to accommodate for unknown location of said patches). I opt to walk my bike for small stretches after sliding out uncontrollably and running (literally – on my feet) into a ditch. 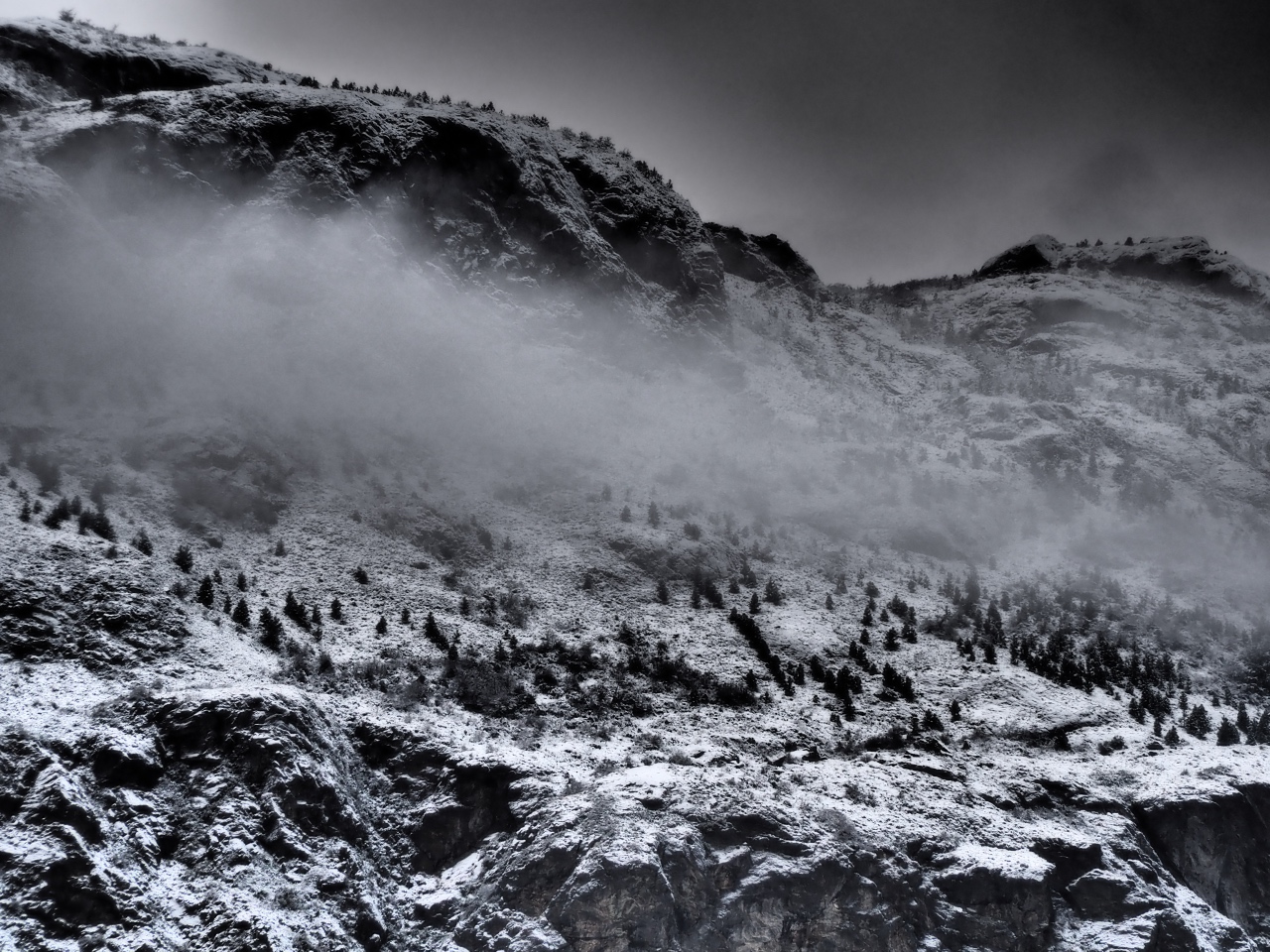 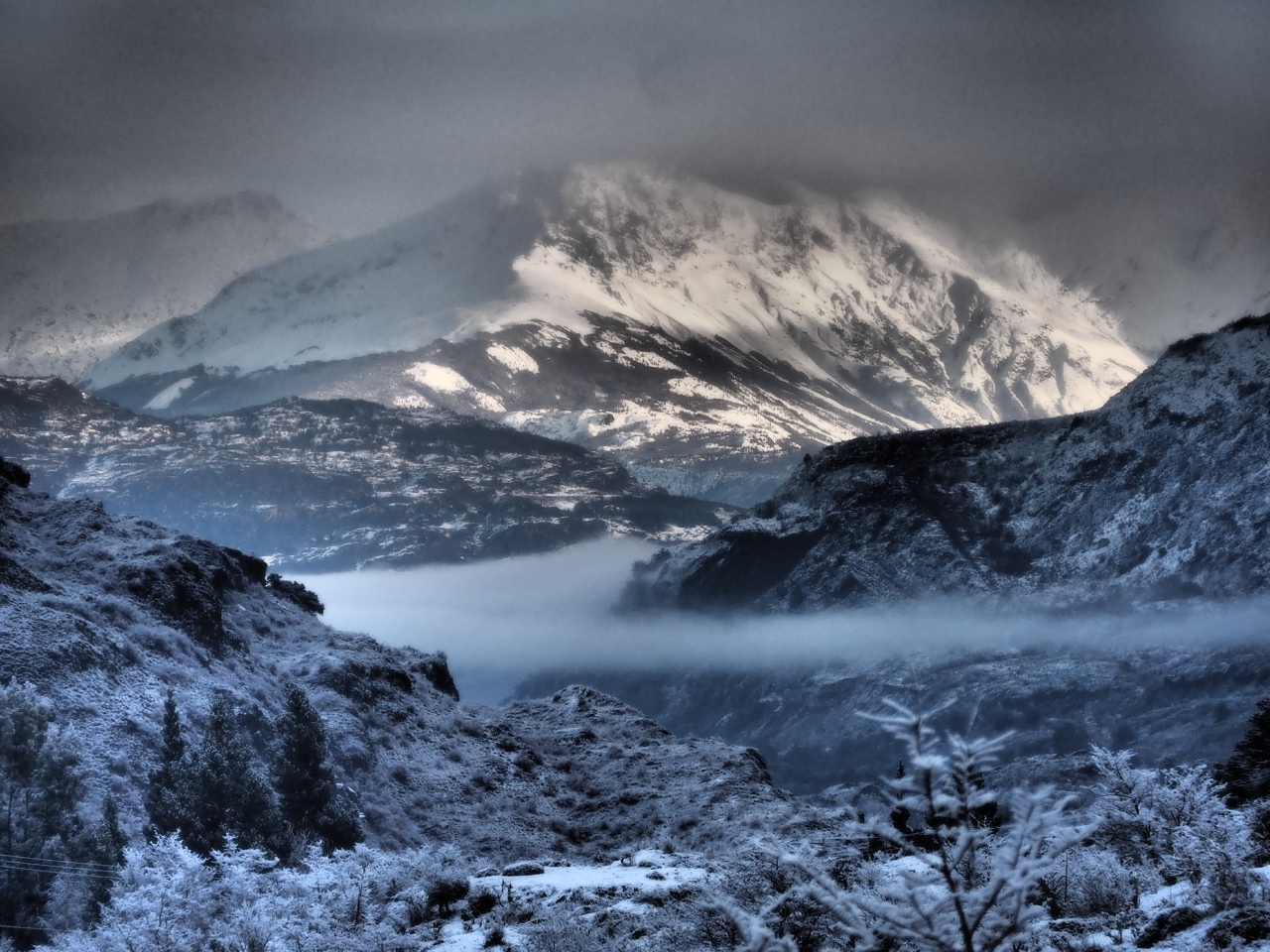 Finally we slide into Cochrane looking forward to a night indoors which we spend in the 8000 peso Hospedaje Ana Luz before later switching to La Sureña across the road.

Some recommended Waypoints on the Carretera Austral (from Futaleufú to Villa O’Higgins).