I’m now back in Fairbanks after my 10 day / 500 mile cycling expedition from the most northern tip in Alaska.  I’ll be posting a second report with details of the “tent mauling” incident after this one (this was kindly executed by a black bear at around midnight near milepost 22 of the Dalton; mildly inconvenient to say the least as it left me without shelter & sleep for the last couple of days!).  I’ll hopefully be posting it once I get an outtake of the interview I had here on the local radio KSUA 91.5FM.

In summary, this first stage of the trip has been incredible and lived up to every expectation.  Phenomenal scenery and sensations of remoteness combined with numerous challenges; it was a gruelling but enlightening 10 days.  Arriving back in Fairbanks has been immensely rewarding  and I’ve been getting some good rest in before the next adventure in Denali National Park (as you may know, the highest peak in North America). The first few days were relatively easy but as the days moved on it seemed to get progressively harder and more challenging as I became fatigued.  Here are some of the highlights:

– According to my odometer, there was a total elevation gain of well over double the height of Everest; something I hadn’t quite appreciated beforehand. Hill after hill after hill, some 8 miles long with several hundred metres change altitude. Steep ascents followed by steep descents on loose gravel / pot-holes;  fairly treacherous on a loaded touring bike. There must have been a series of about 20 on the second half from coldfoot onwards…just relentless… sometimes achieving a mind bogglingly slow 2.5 mph. Day in day out this can start to wear you down physically and mentally. 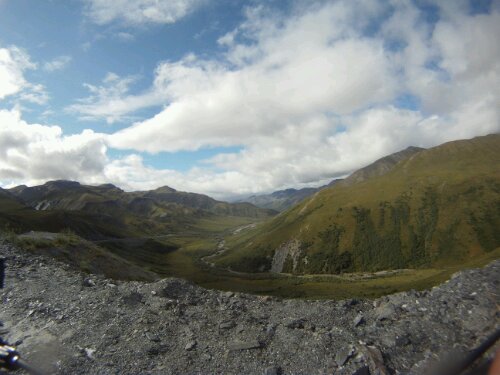 – Mosquito torture like you wouldn’t believe; the worst place on earth for this? 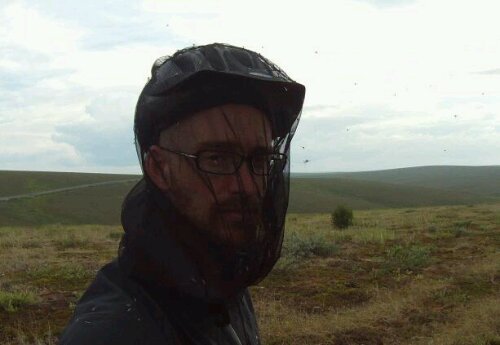 – Major mechanical bike failure (rear derailleur / gear shifter bent to an inoperable angle requiring some very ad hoc repair work). I had to sit down on the side of the gravel road and start reading the manual. Unfortunately it happened at 10 pm after a long day’s cycle.  Once I had managed a very amateur-ish fix, I had to continue cycling for 5 miles; no sleep until 4 am that evening. Although I did see this impressive sunset: 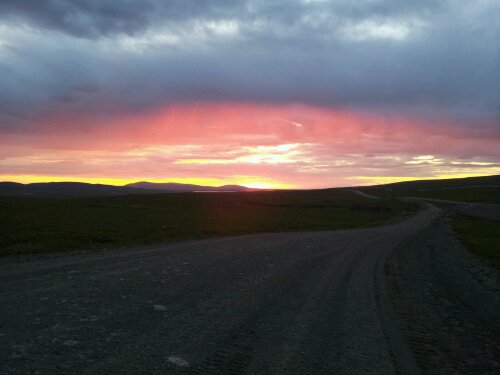 – A huge variation in road surface: from reasonable road surfaces to pebble-sized loose gravel (unbearably slow) to a wet clay like surface that inconveniently tripled the size of my already large tyres. 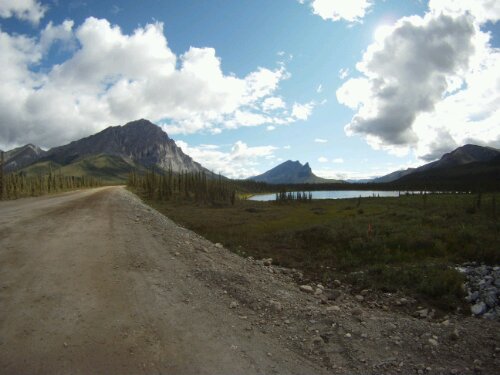 – Massive deficit of calorie intake; burning so much energy each day makes it hard to keep up with the required food intake.  Fairly shocked looking in the mirror on my return!

– Hauling far too much kit; not helpful for those hills! 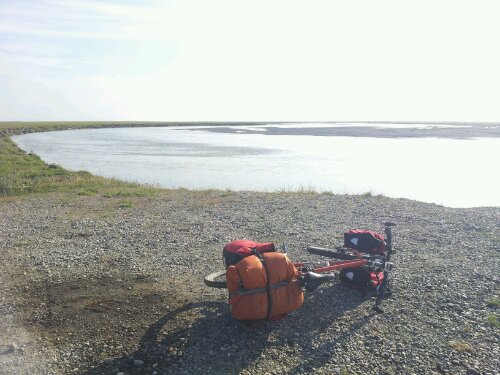 – A fearless black bear deciding to completely mangle my tent whilst I was 20 metres away at 12.30a.m. leaving me with no shelter for the final evening (more later in future post). Thankfully I found shelter on the final night at this cabin (kindly lent to me by Trading Post, a quaint  general store at around milepost 55 on the Elliott highway; right near the end of the trip. I recommend stopping by if you’re ever in the area, a very friendly bunch) 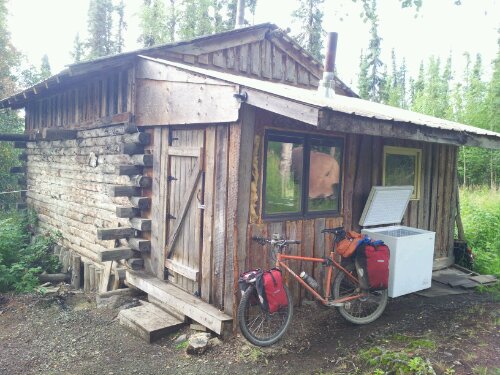 – Long periods of solitude – cycling into brutal headwinds. Although the scenery and beauty more than made up for it. 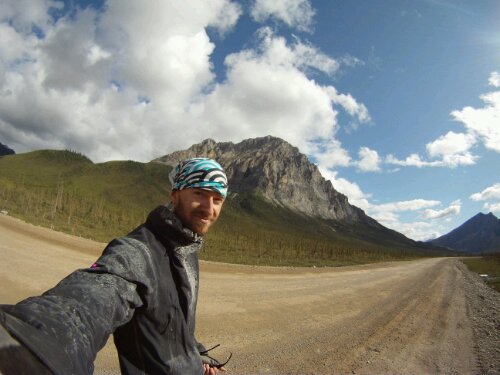 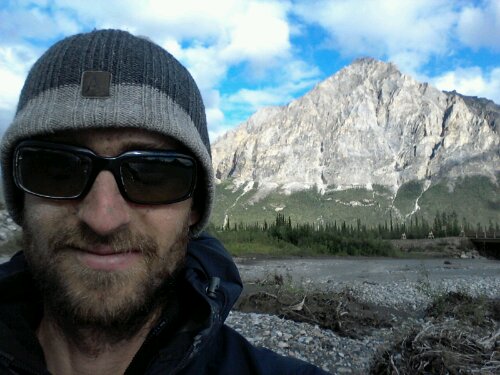 The experience was magnificent; I wouldn’t have changed a thing… 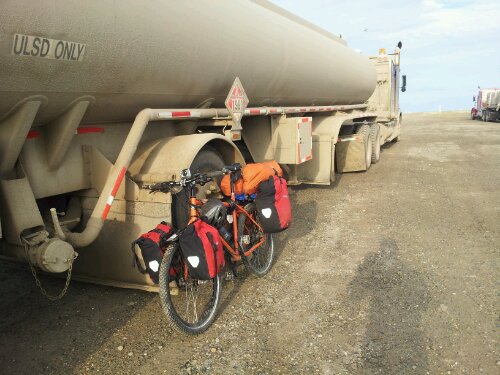 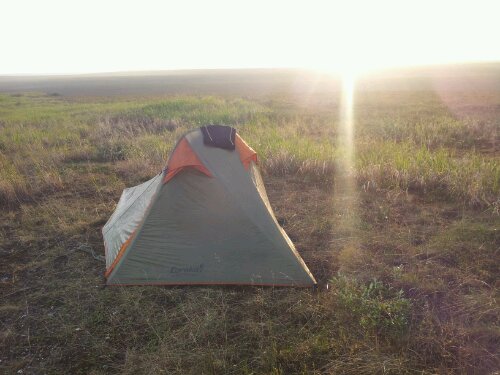 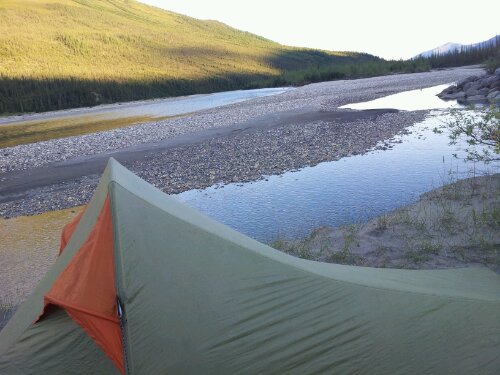 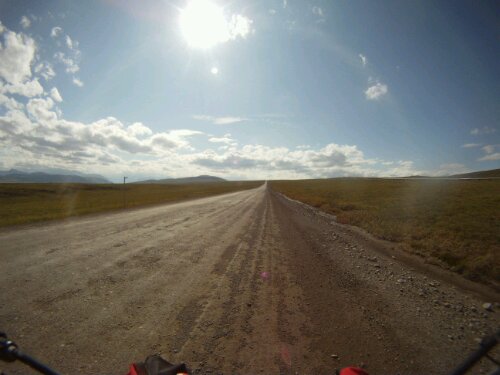 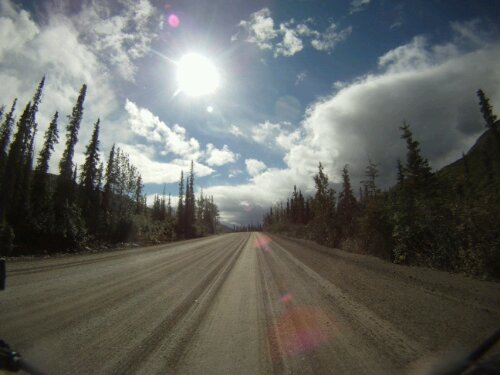 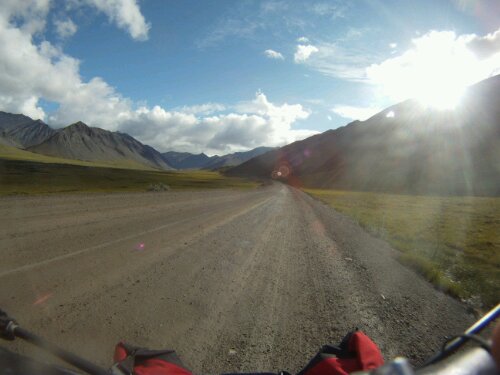 Some unedited footage from the Dalton Highway taken from my go pro (you’ll get the idea after a few seconds):

20 thoughts on “Bears, bike failure & tears above the Arctic Circle”