Mate, malavares, fiambre, ice cream, high quality beef, Malvinas, Maradona are all mainstream Argentinian experiences but one thing stands out above the rest for me:

Of all the Latin American countries I’ve visited (there are a lot of them), Argentina can safely claim the nocturnal noise and sleep deprivation award by a considerable margin. No matter what day of the week it is, a night in bed before 1 a.m. is almost unheard of and the sounds of acoustic guitars can often be heard well after the sun has surfaced the horizon. Even though they must be utterly exhausted (how can you not be at 6 in the morning) they receive so much pleasure from human company they are unable to head to bed until they are so tired they can barely see. But what fantastic company they are, not since Colombia have I felt almost overwhelmed by such kind hearted and welcoming folk.

Even with the clock ticking furiously towards Patagonian winter and time in ever decreasingly short supply, the bonds I had created in Cafayate proved difficult to break. And so, not for the first time in my trip, I found myself uncontrollably heading in the wrong direction to the tourist towns of the Salta and Jujuy provinces. Very popular holiday destinations for Argentinians from various parts of the country (mostly Buenos Aires it seems). The lure of the Sirens of Argentina proved too much to resist. 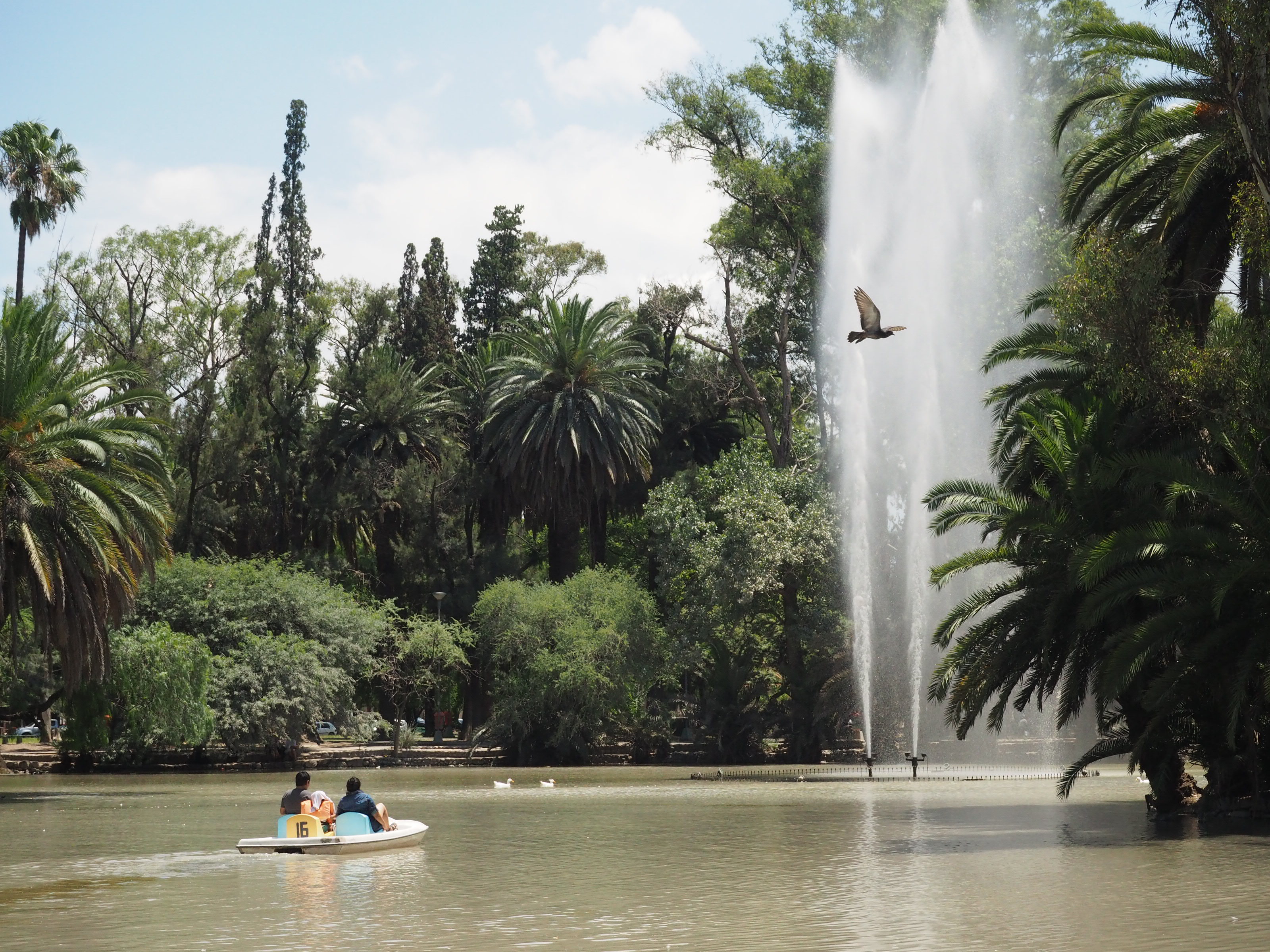 Not bad for a city. On arrival in the capital of the Salta province I am welcomed by some wildlife one block from the terminal 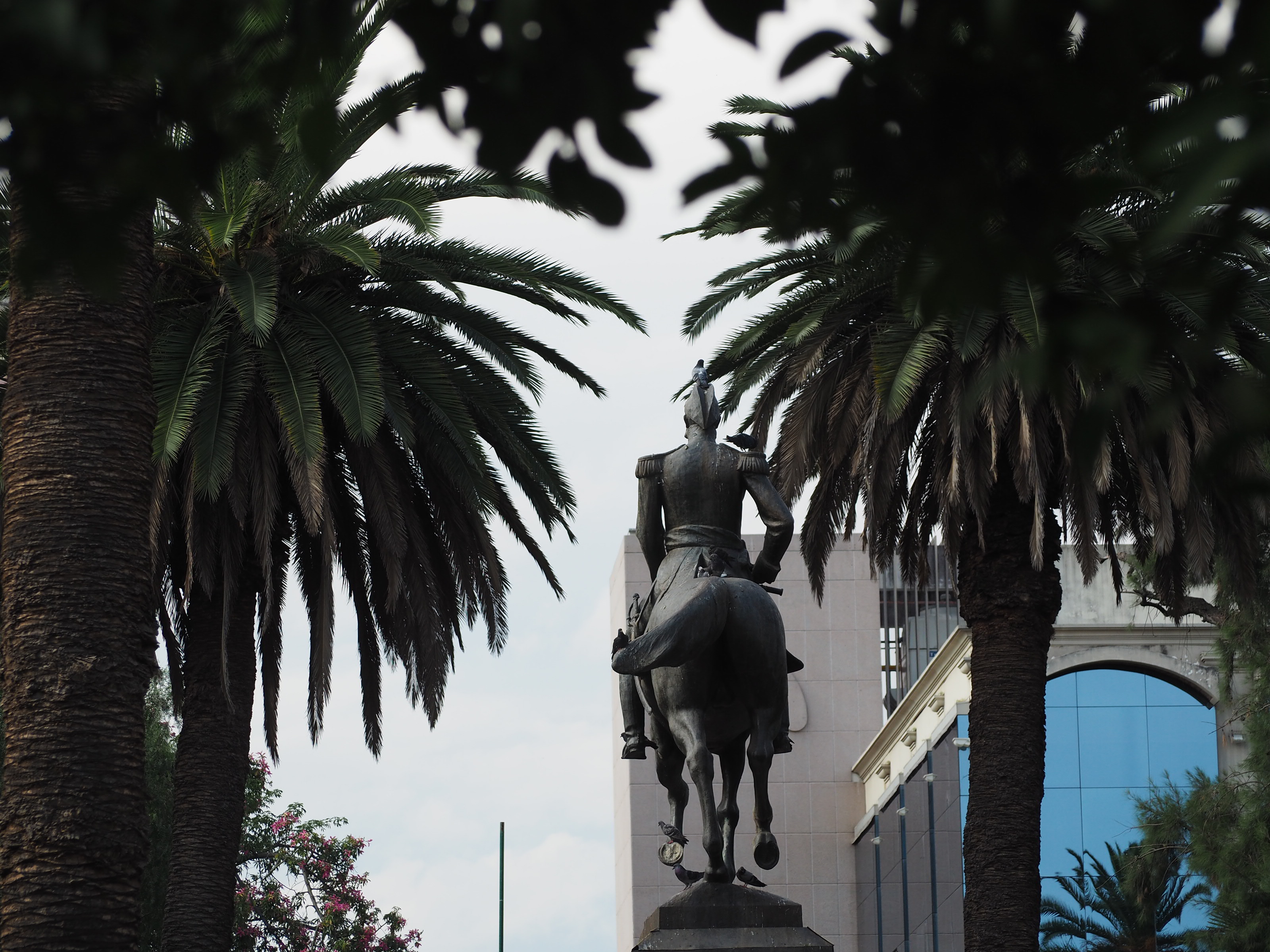 The plaza is littered with various statues 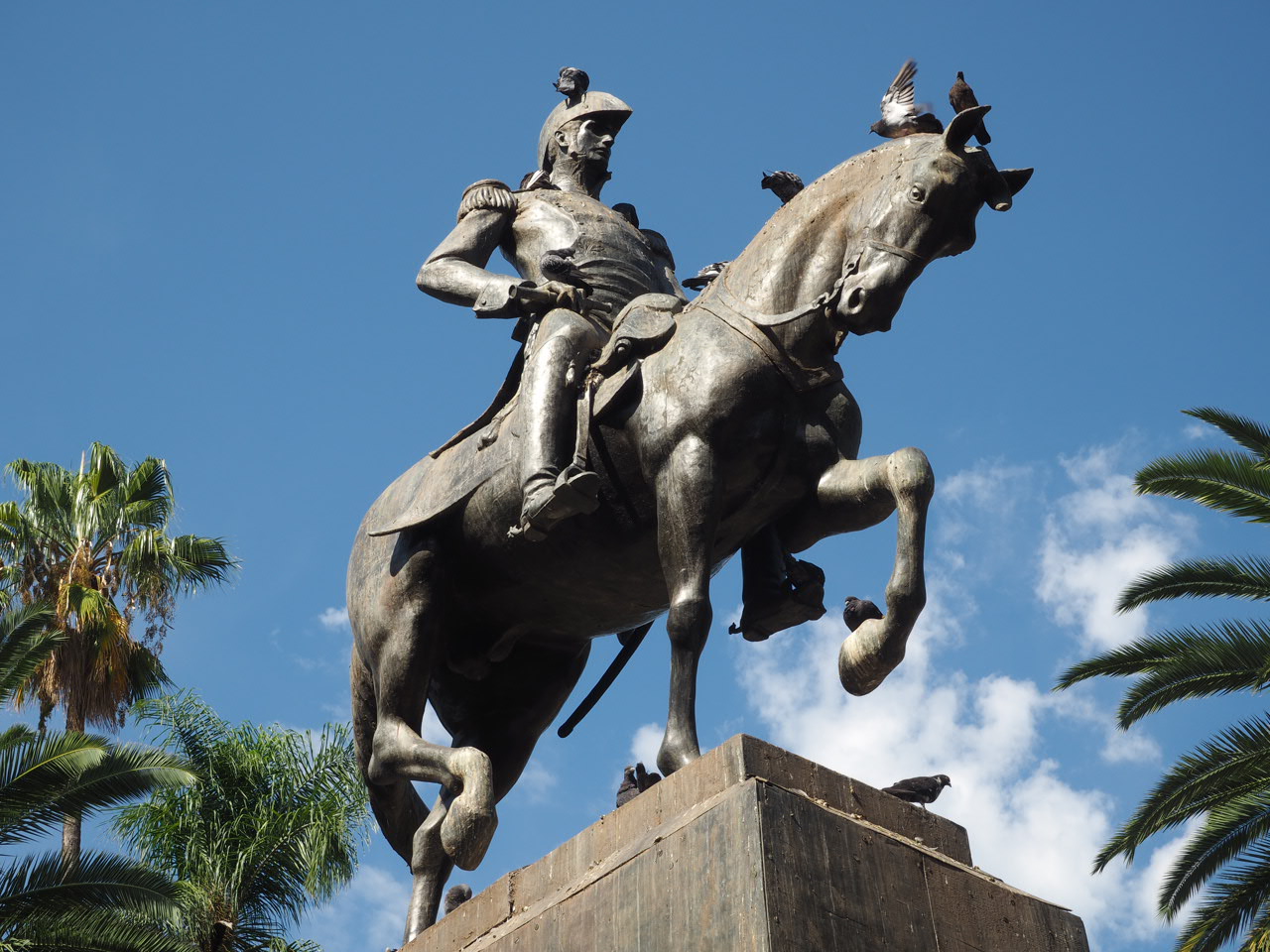 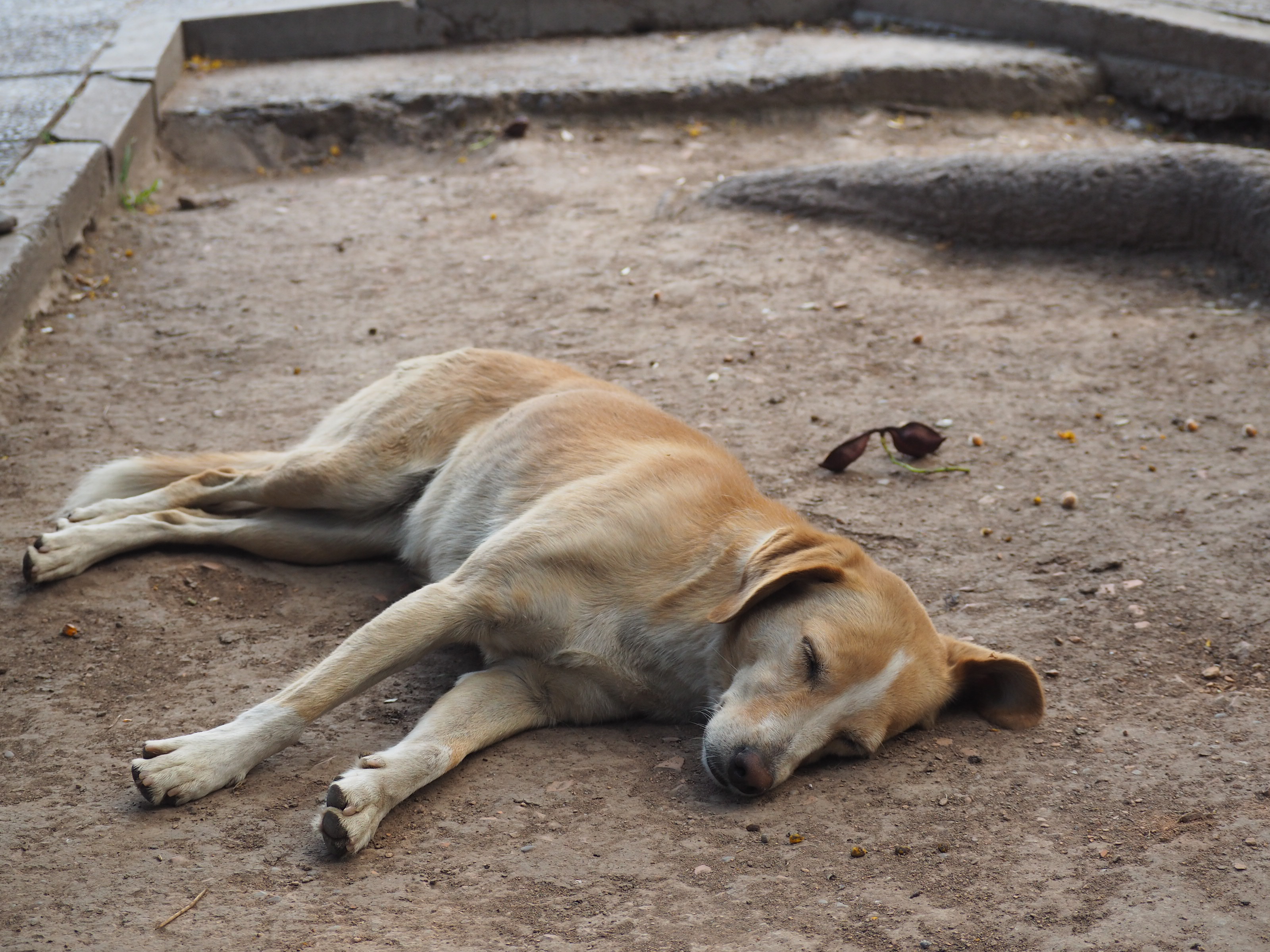 And stray dogs just wanting to be loved 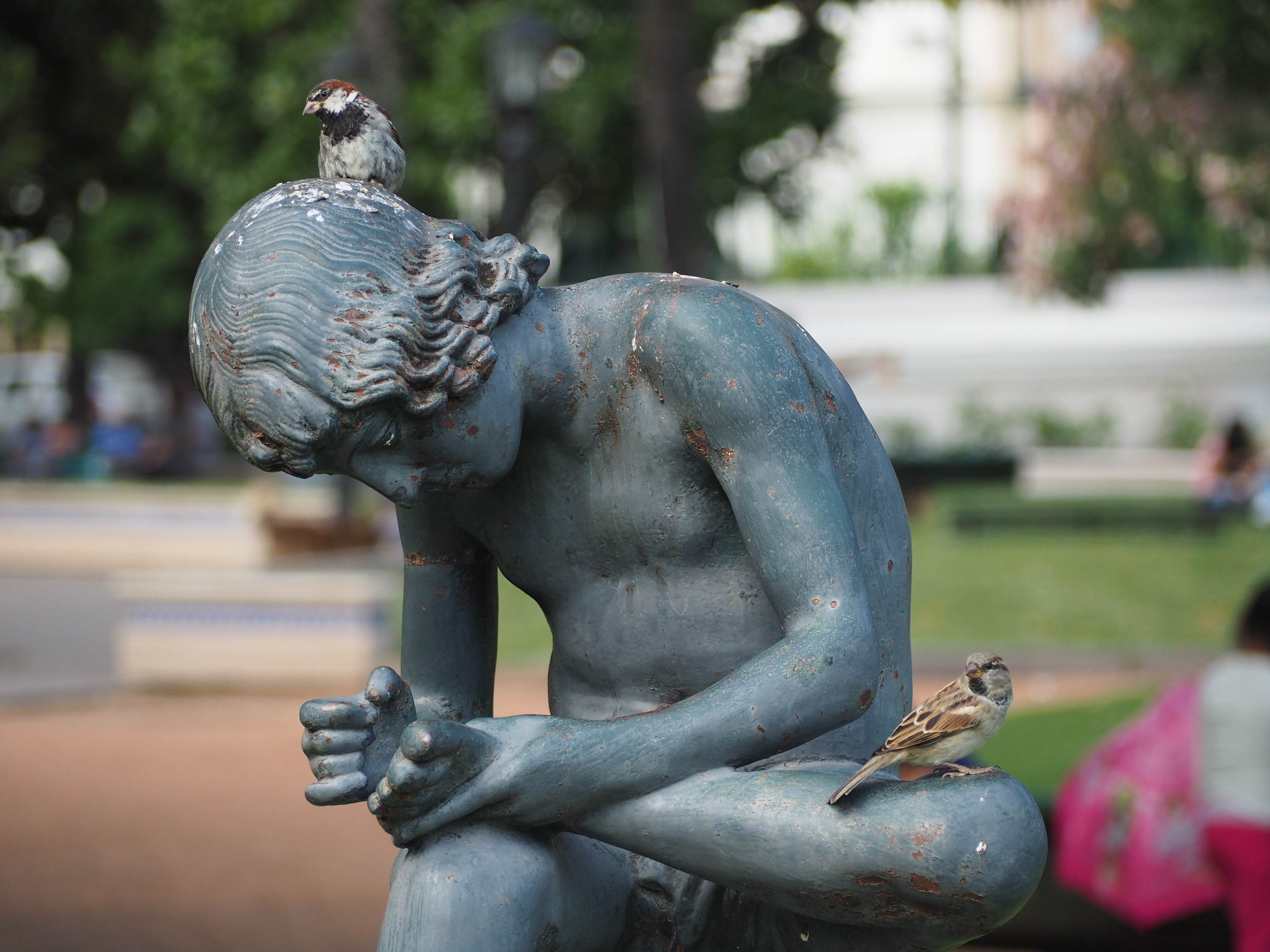 Nothing wrong with picking your feet in public it seems 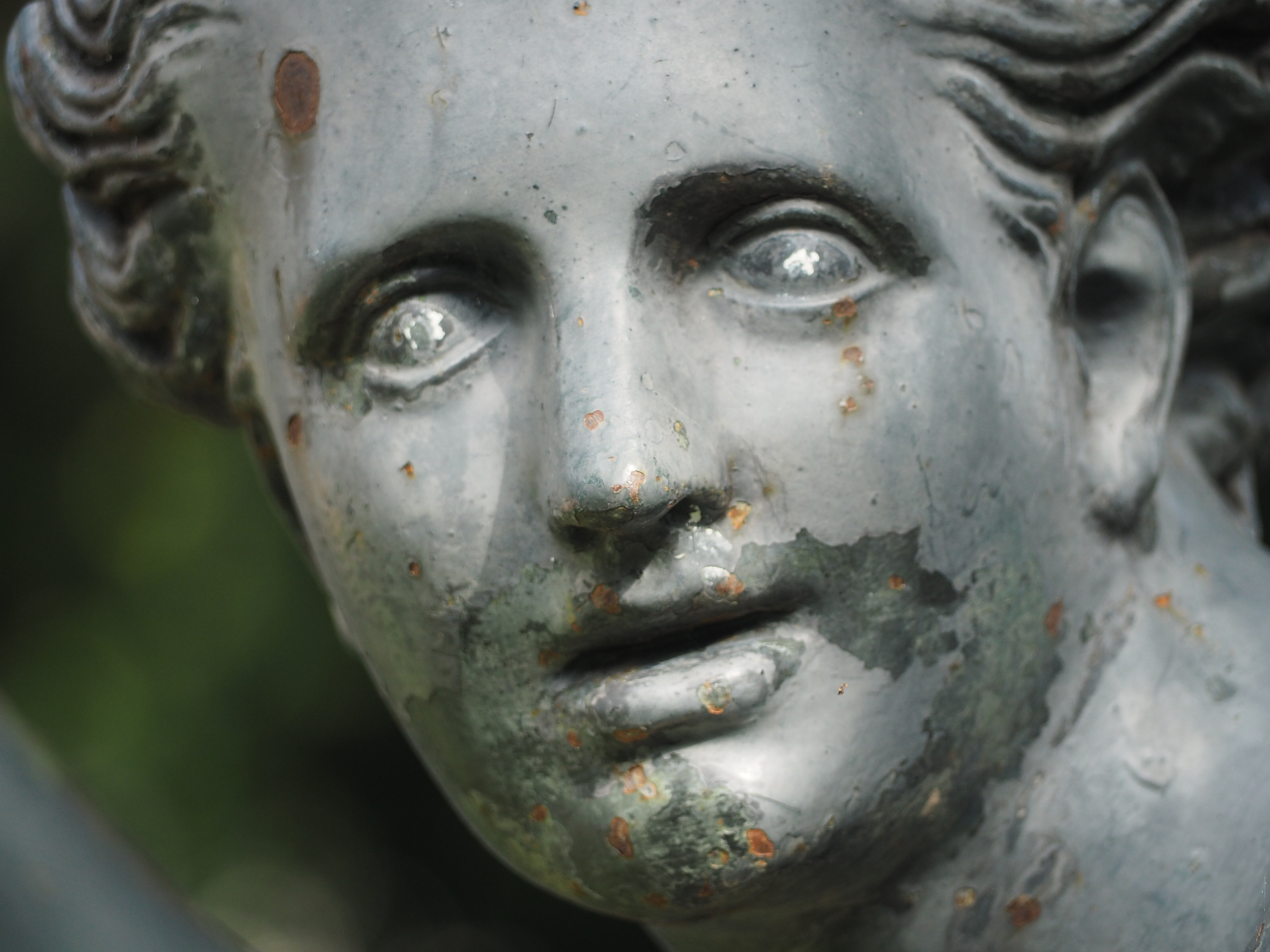 Even with his eyes scratched out… 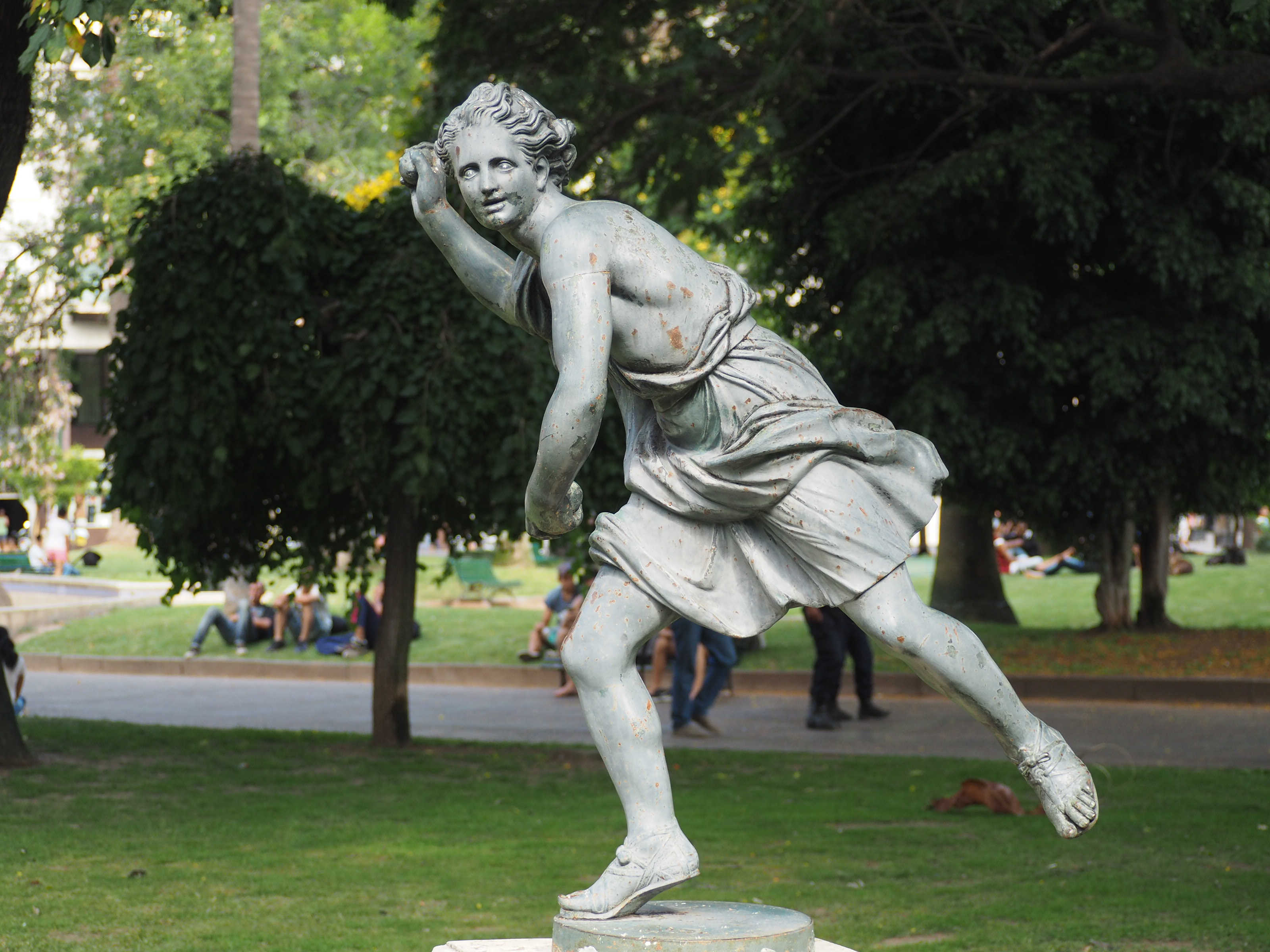 …it appears he stilll has impeccable aim

My attention is drawn to the pavilion where a group of break dancers pump out their beats. Feeling relatively rather uncool I am hesitant to intrude… 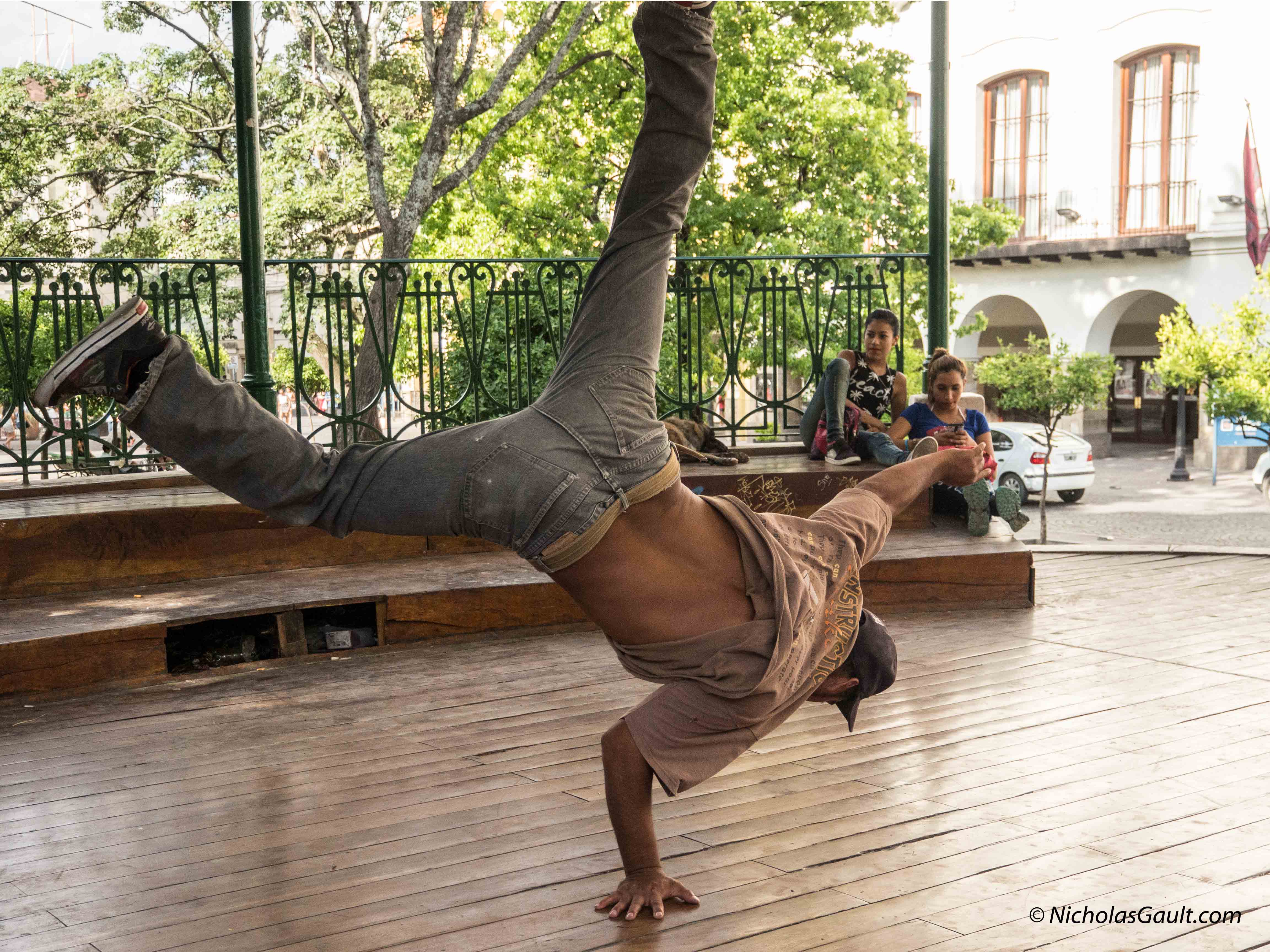 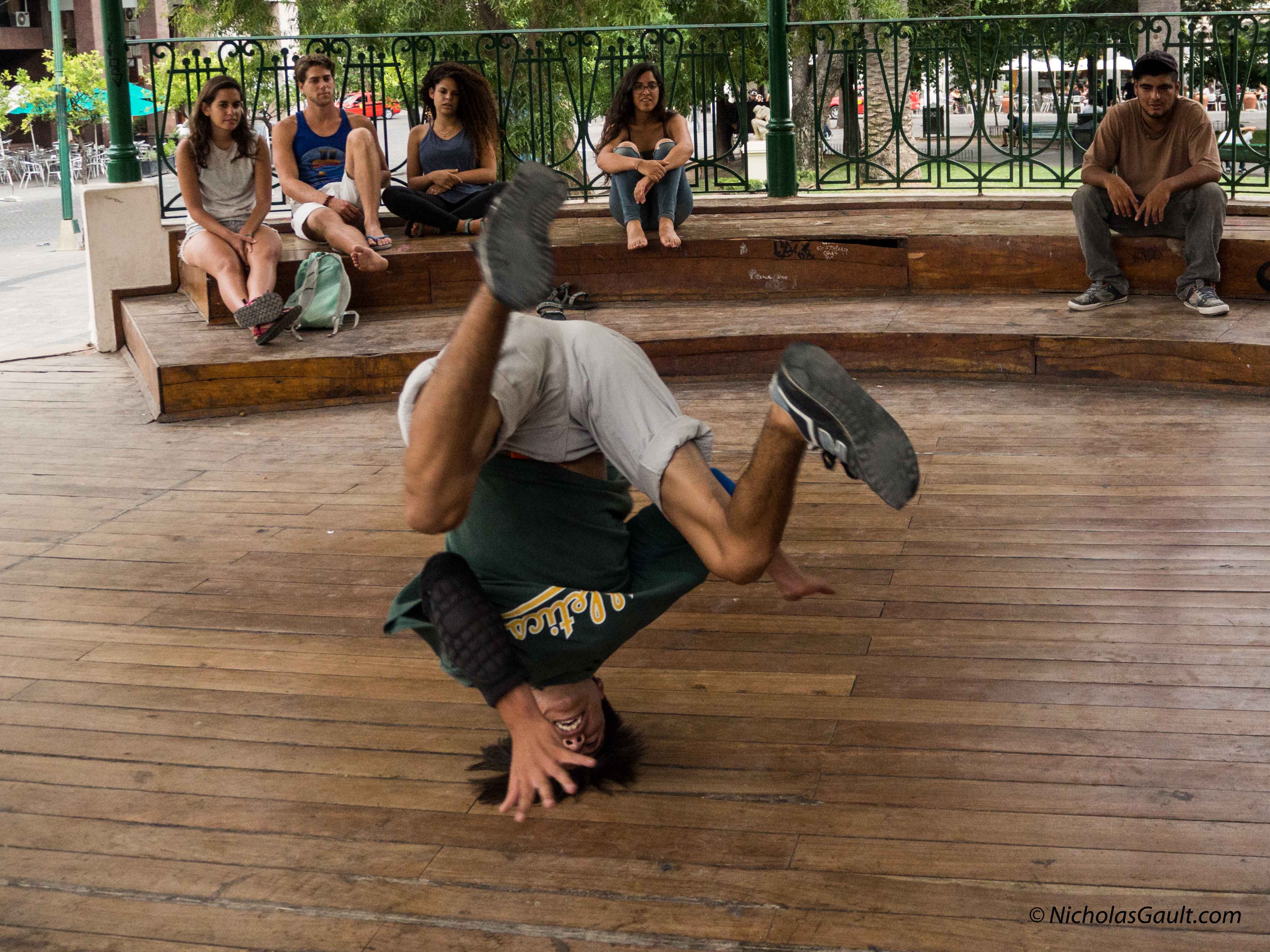 And I witness a display of impressive positions… 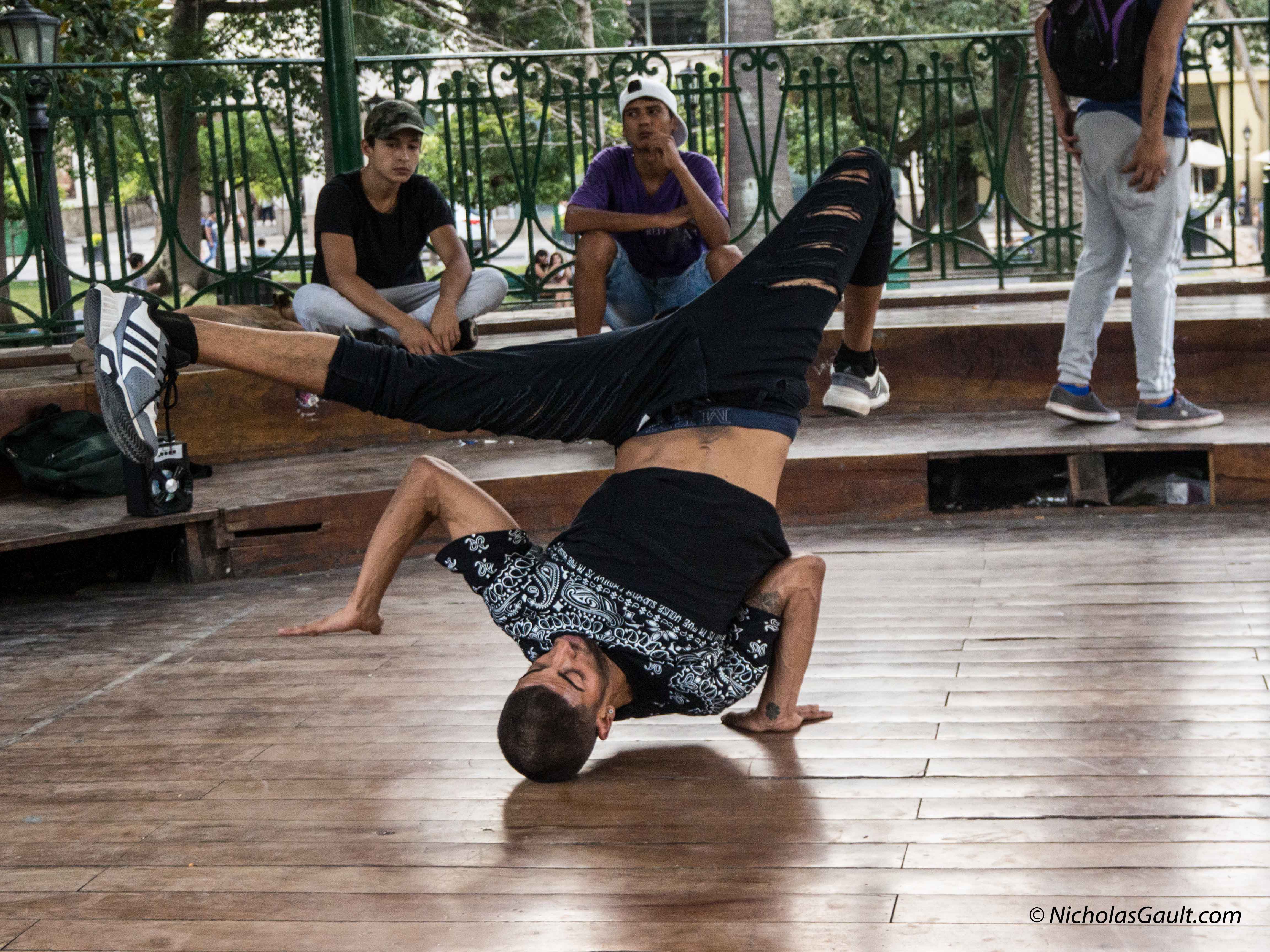 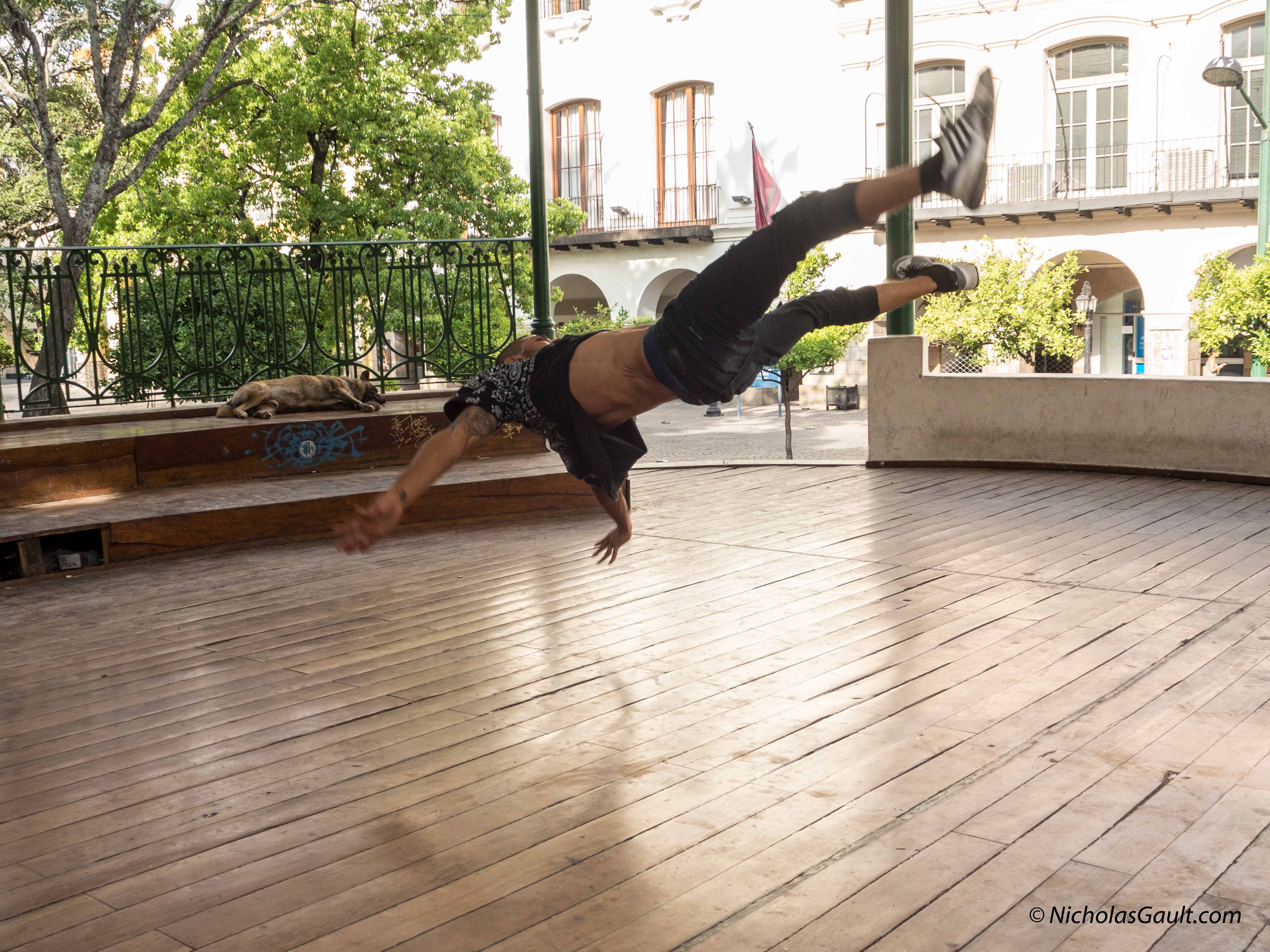 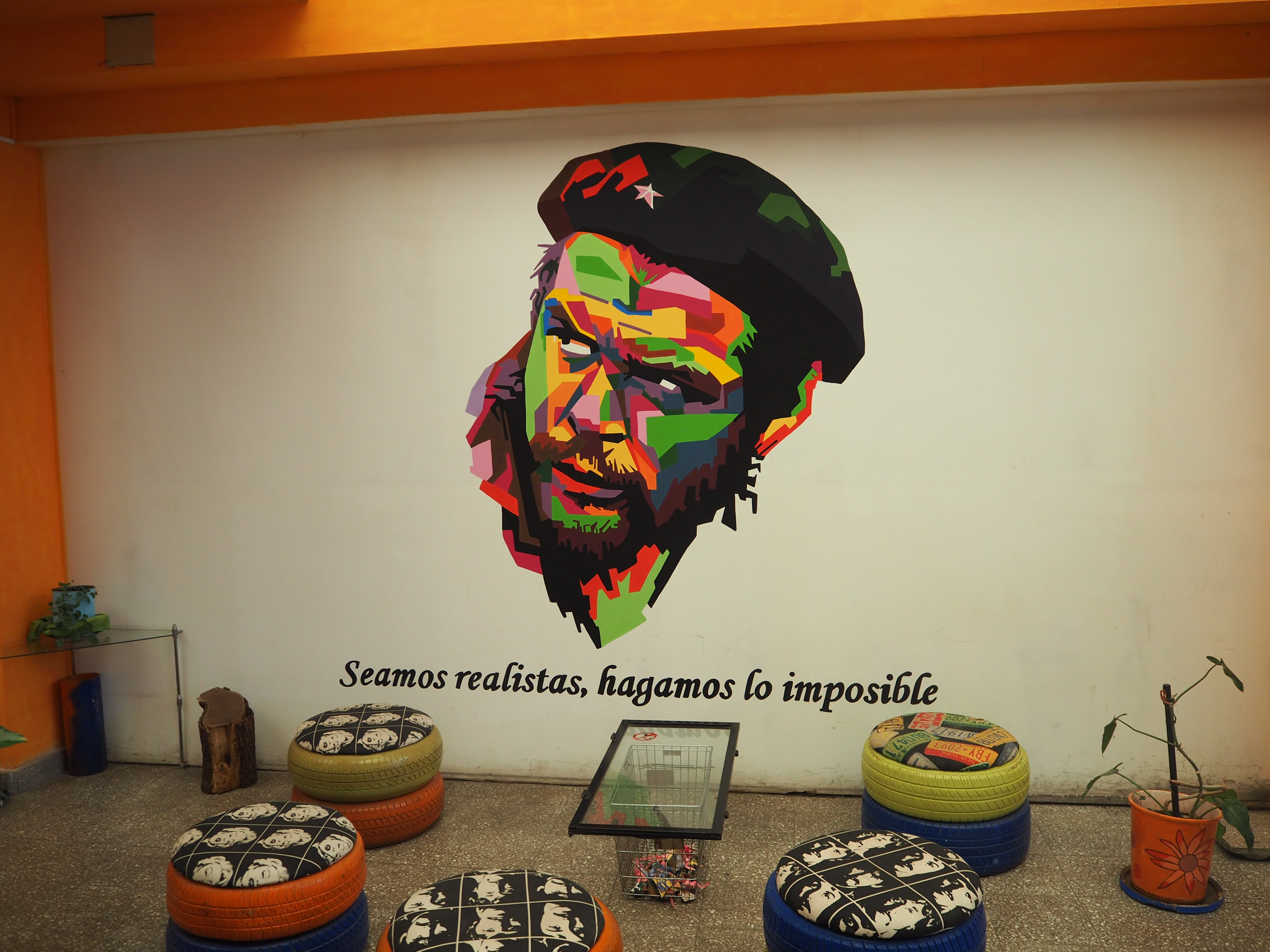 “Let’s be realists, let’s do the impossible” – is that Che Guevara? 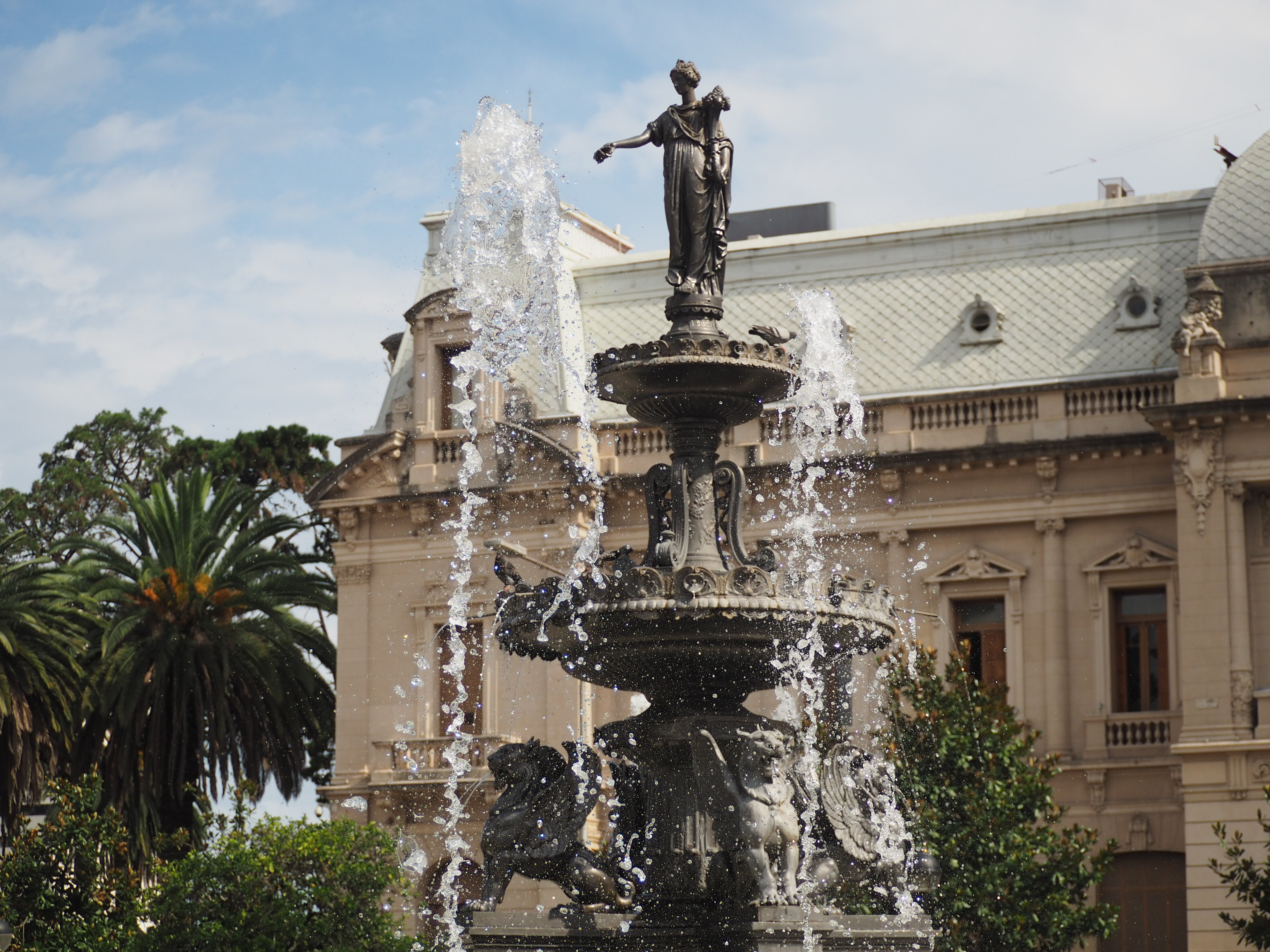 In Jujuy I am distracted by more statues 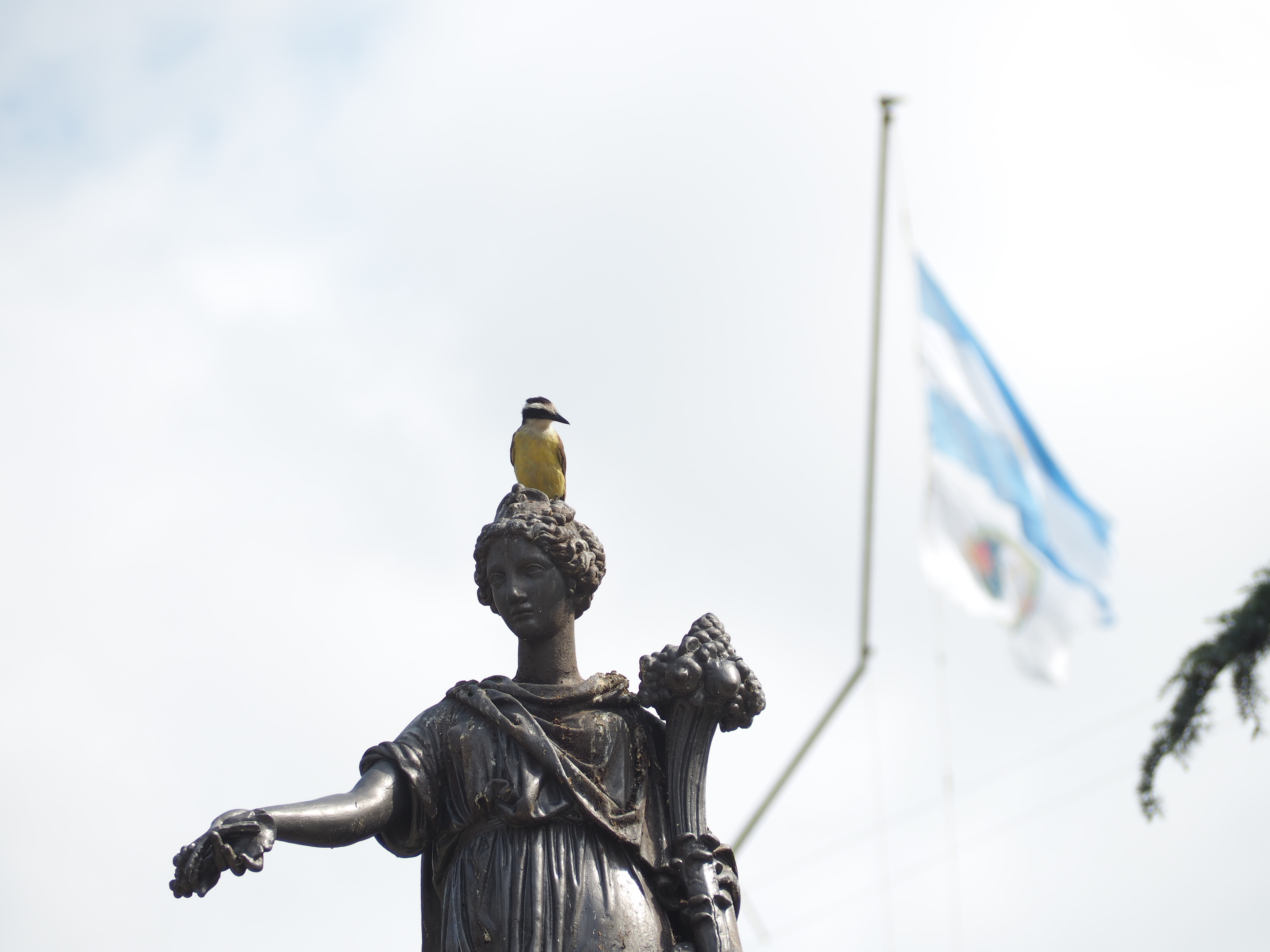 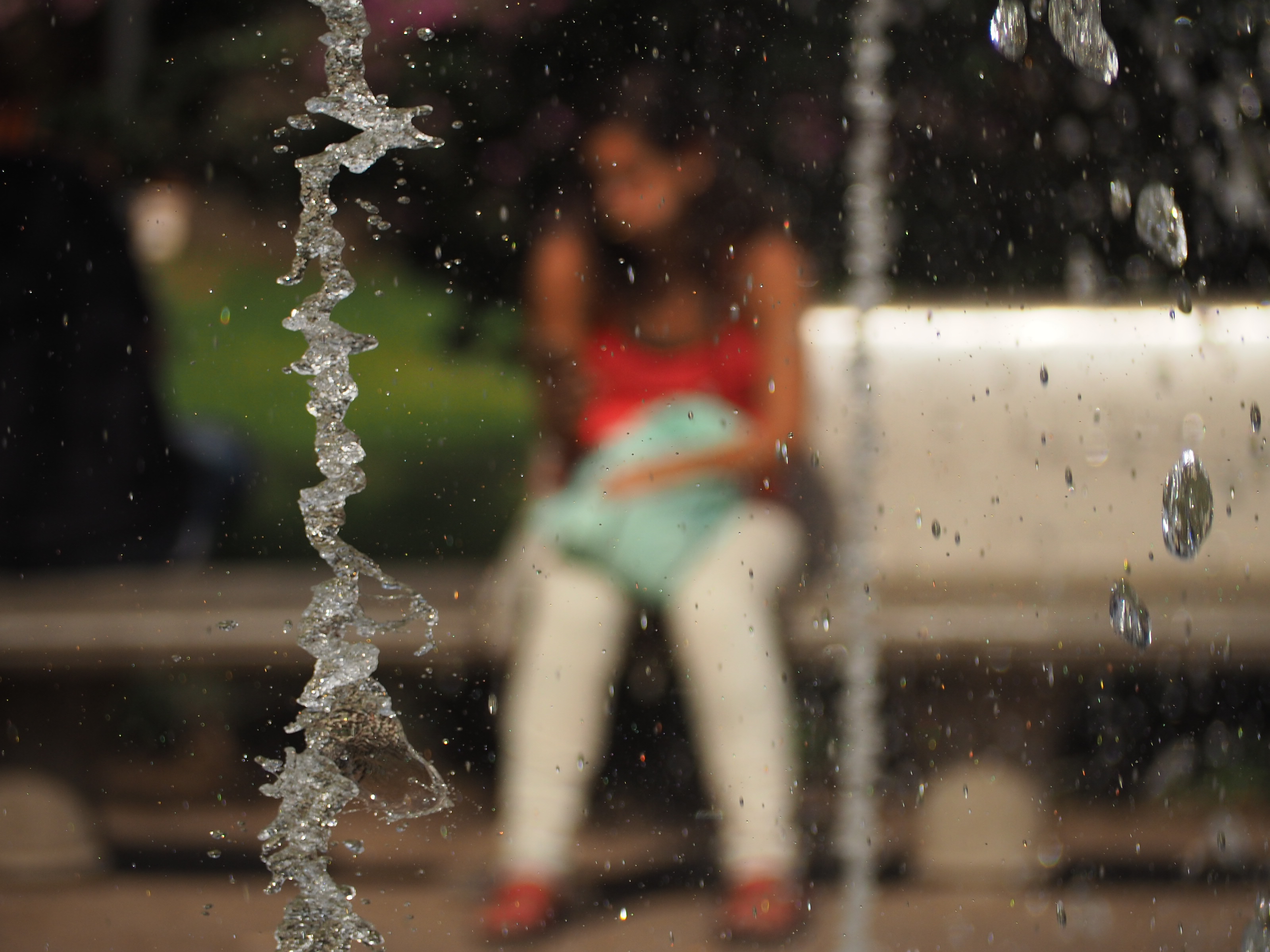 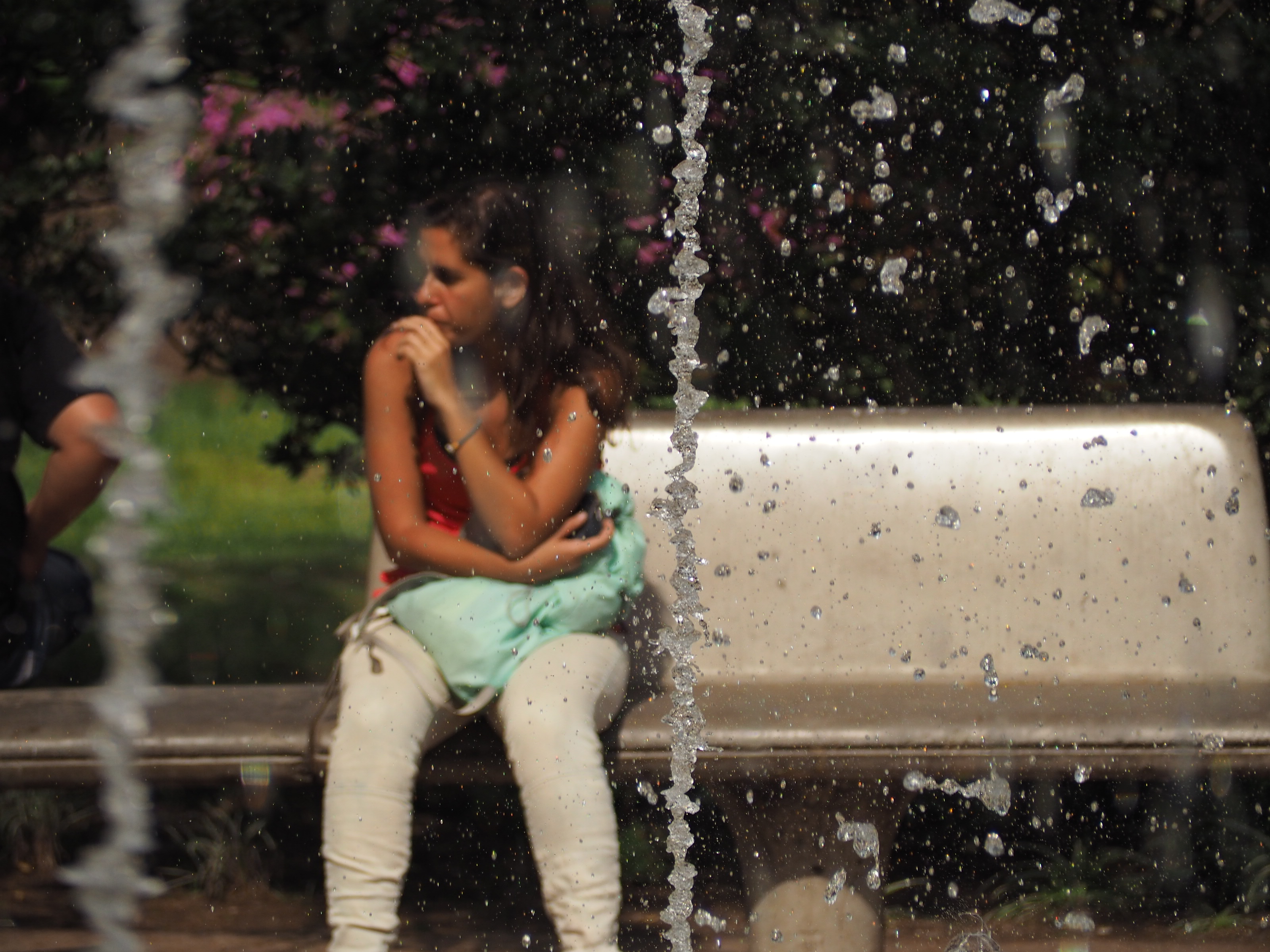 My friend Omer unwittingly modelling for me 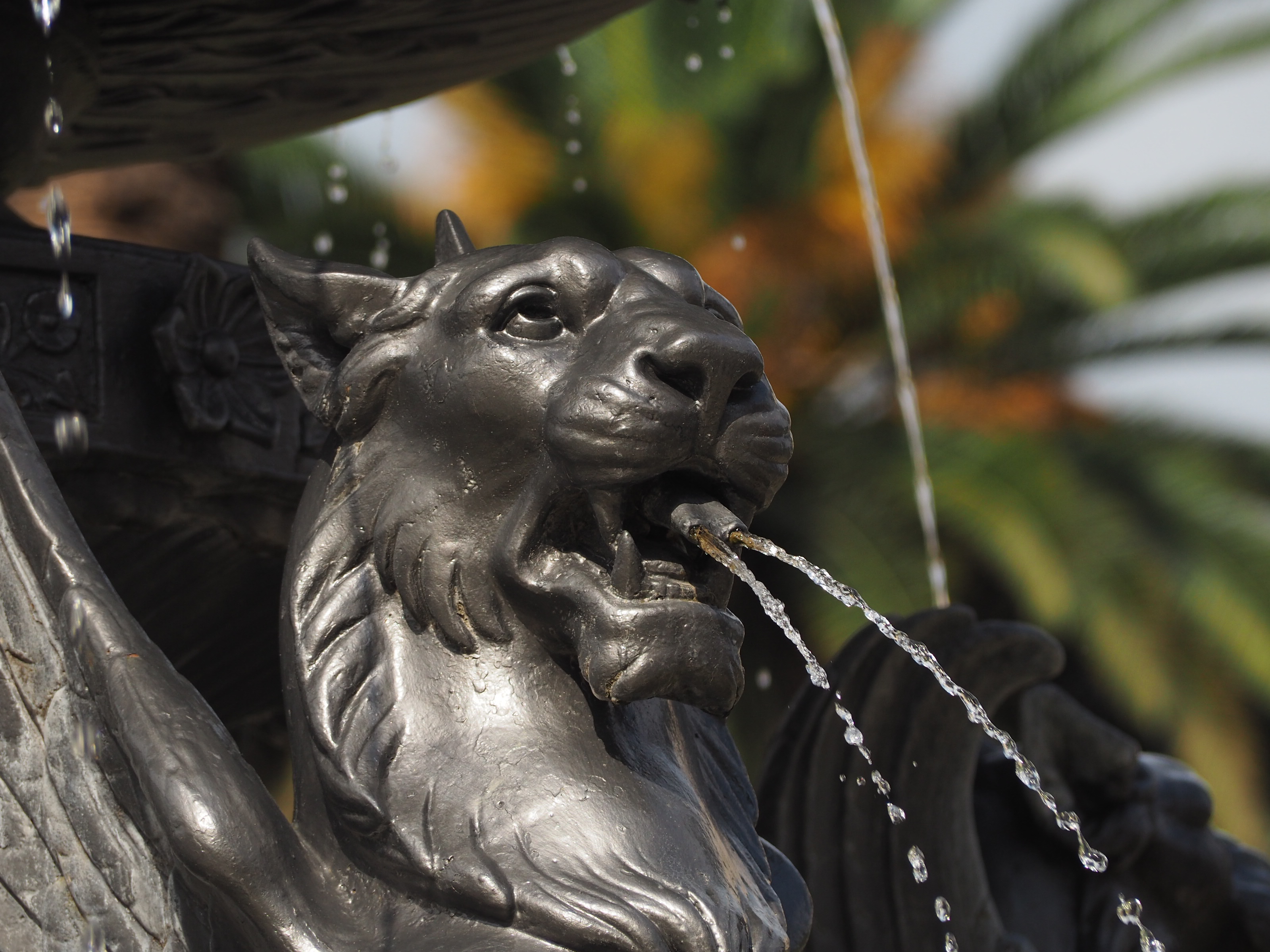 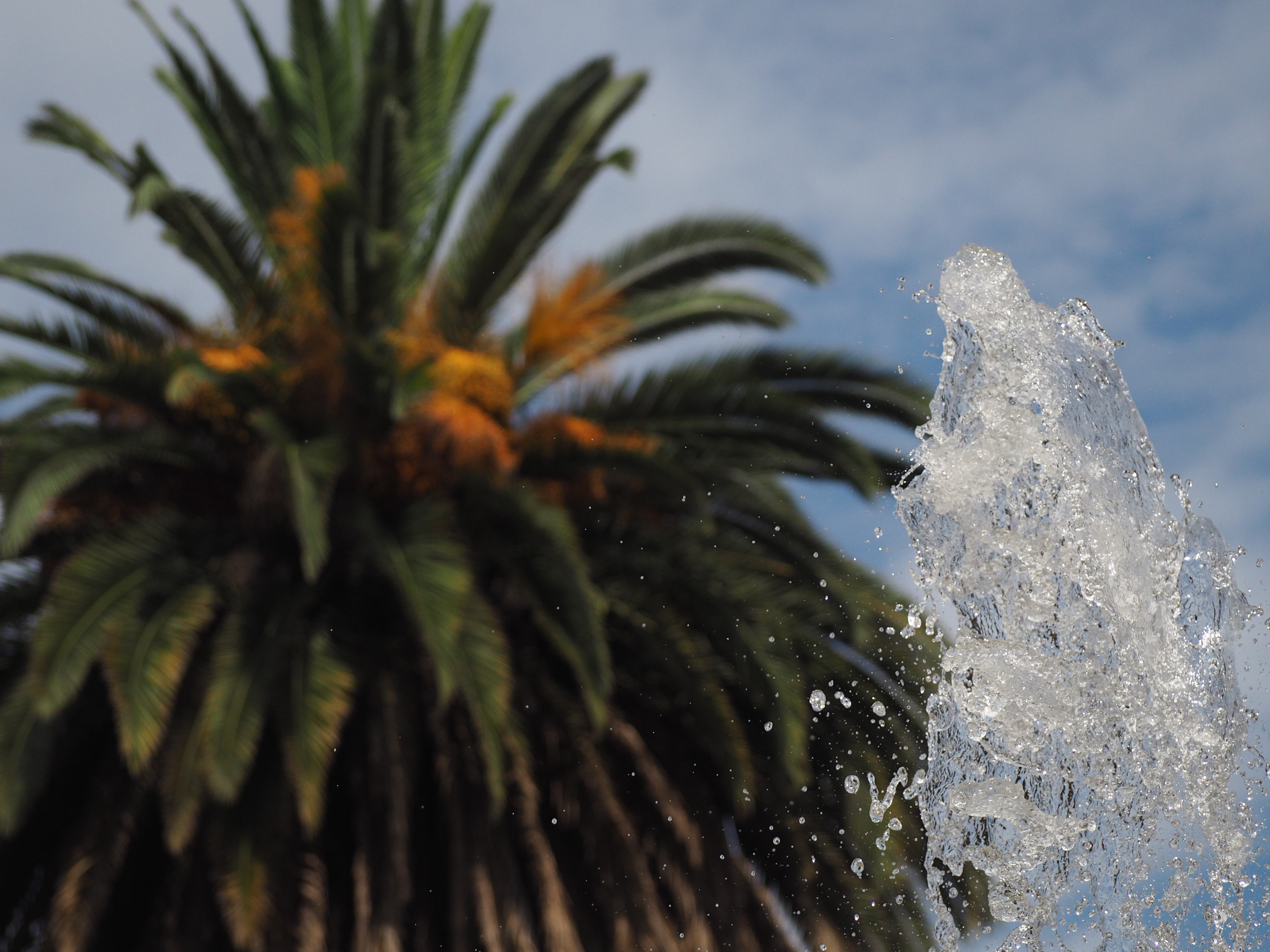 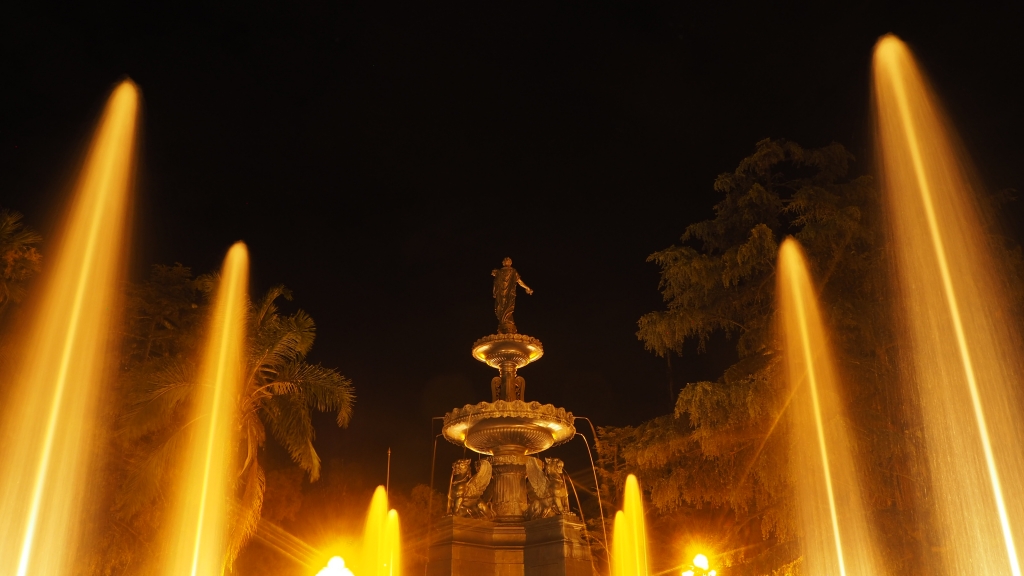 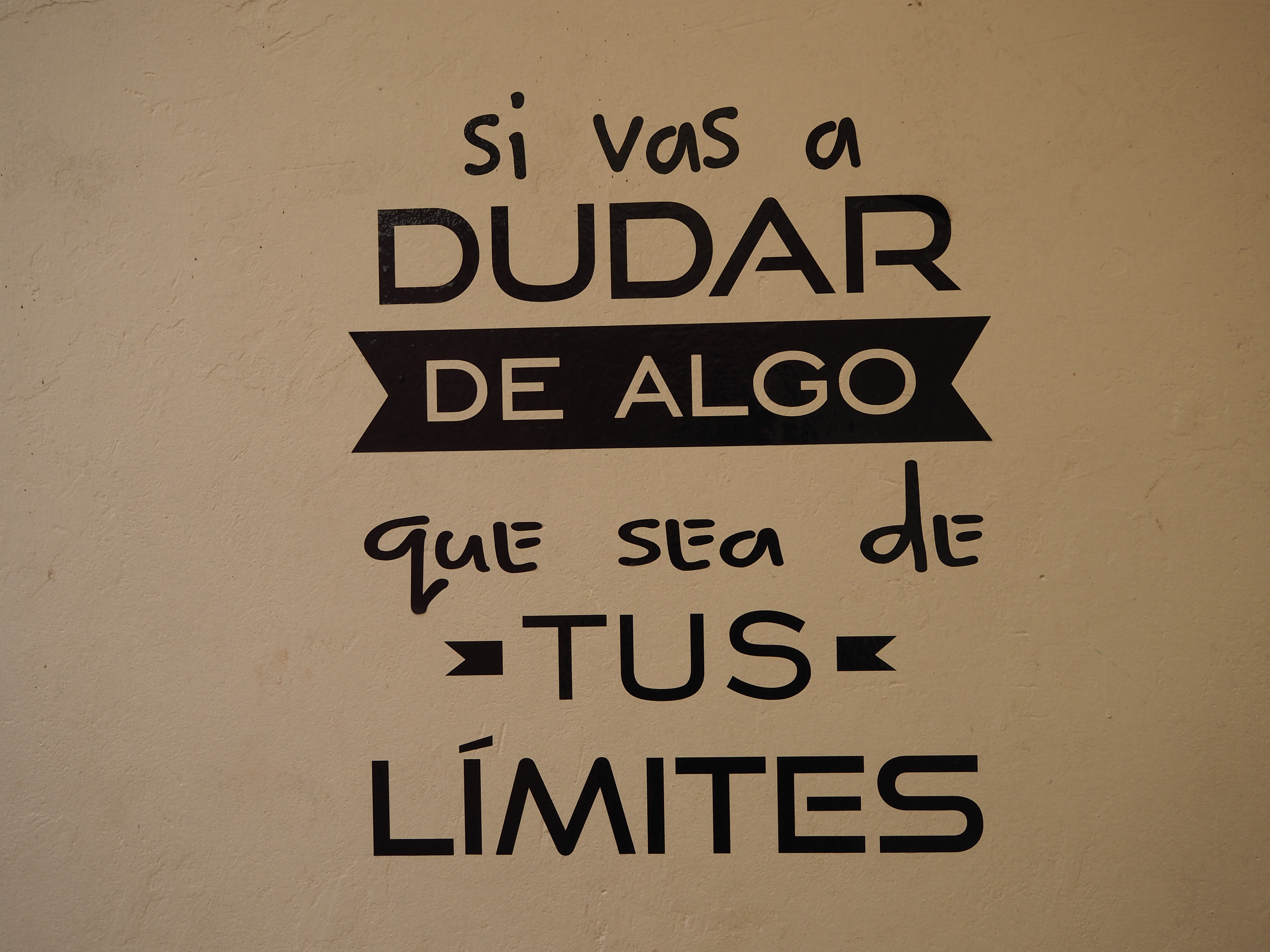 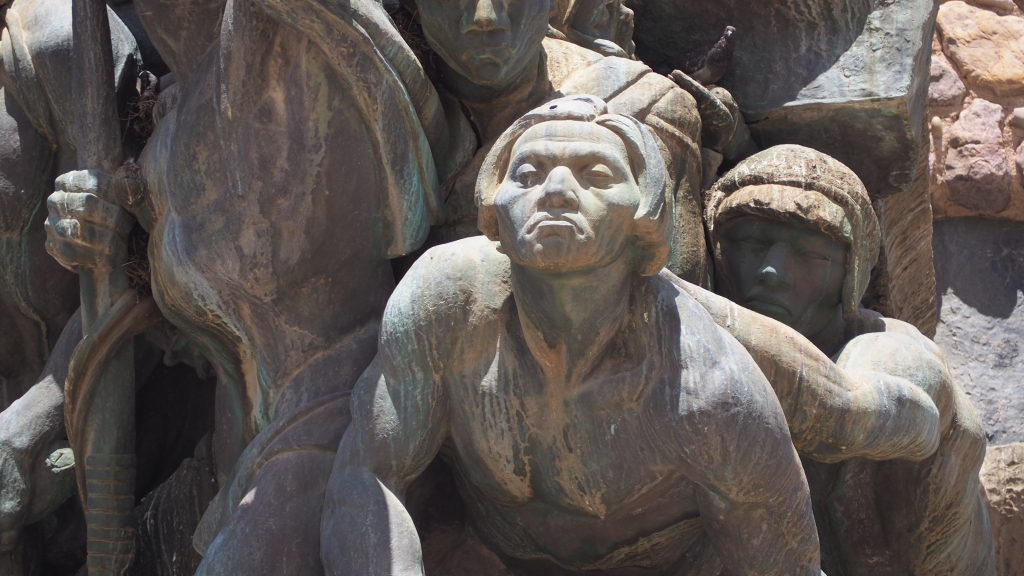 More statues in Humahuaca these ones slightly more agressive. 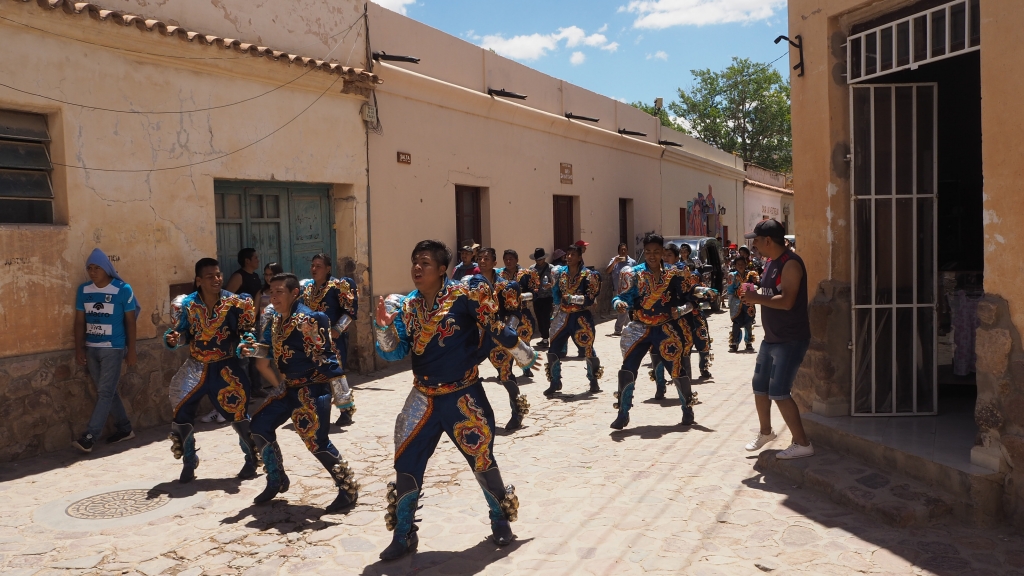 And some kind of traditional street dance. What you can’t see is how hideously hot it is in the midday sun. One can only imagine how sweaty and grim they must feel. 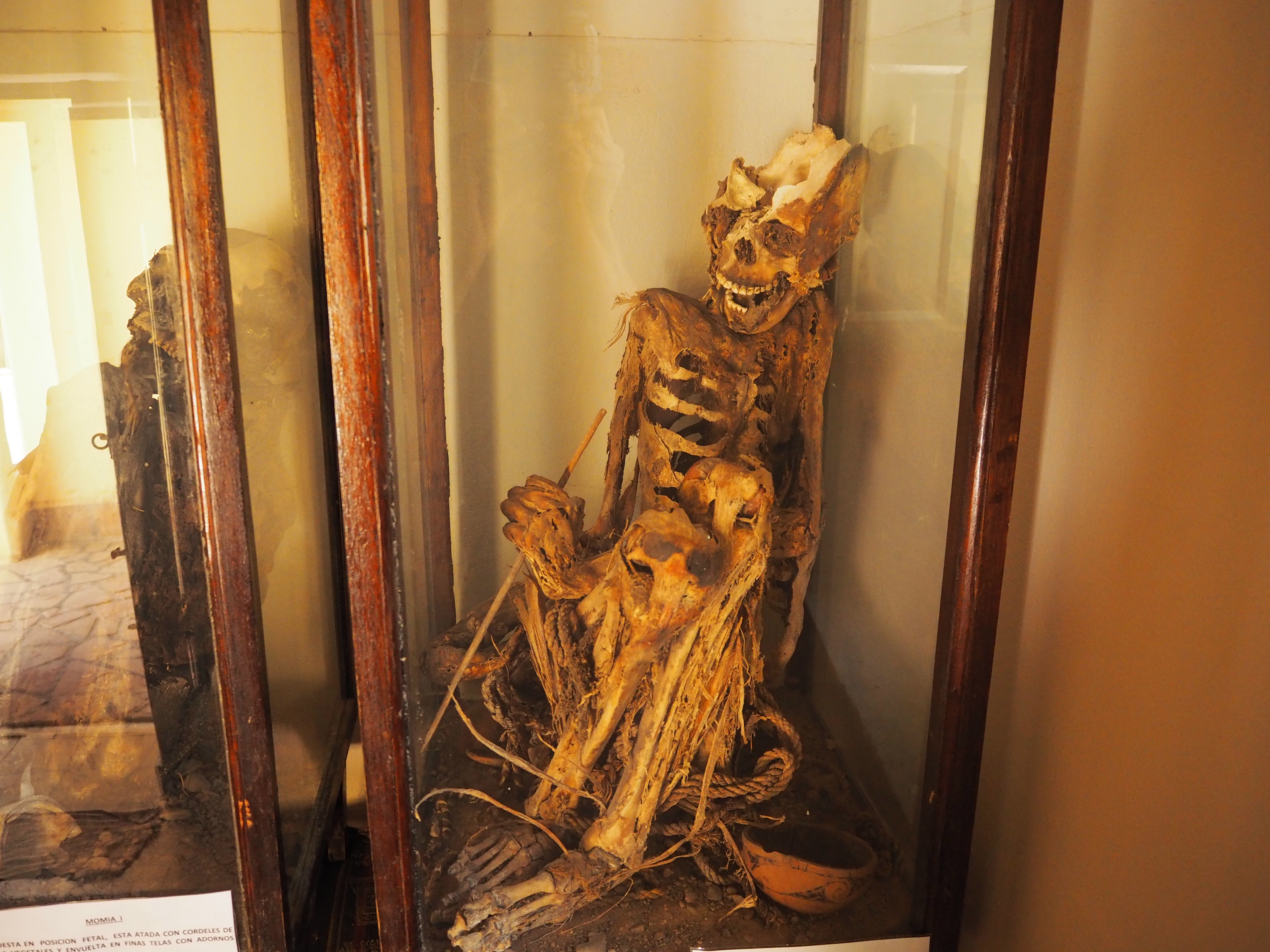 Like Salta, there are some “mummies” on display in a the local musuem. This one seems to be more of a skeleton.  Although the budget in Humahuaca doesn’t seem to be as high – these ones seem to suffer a bit more weathering without “air conditioning”. 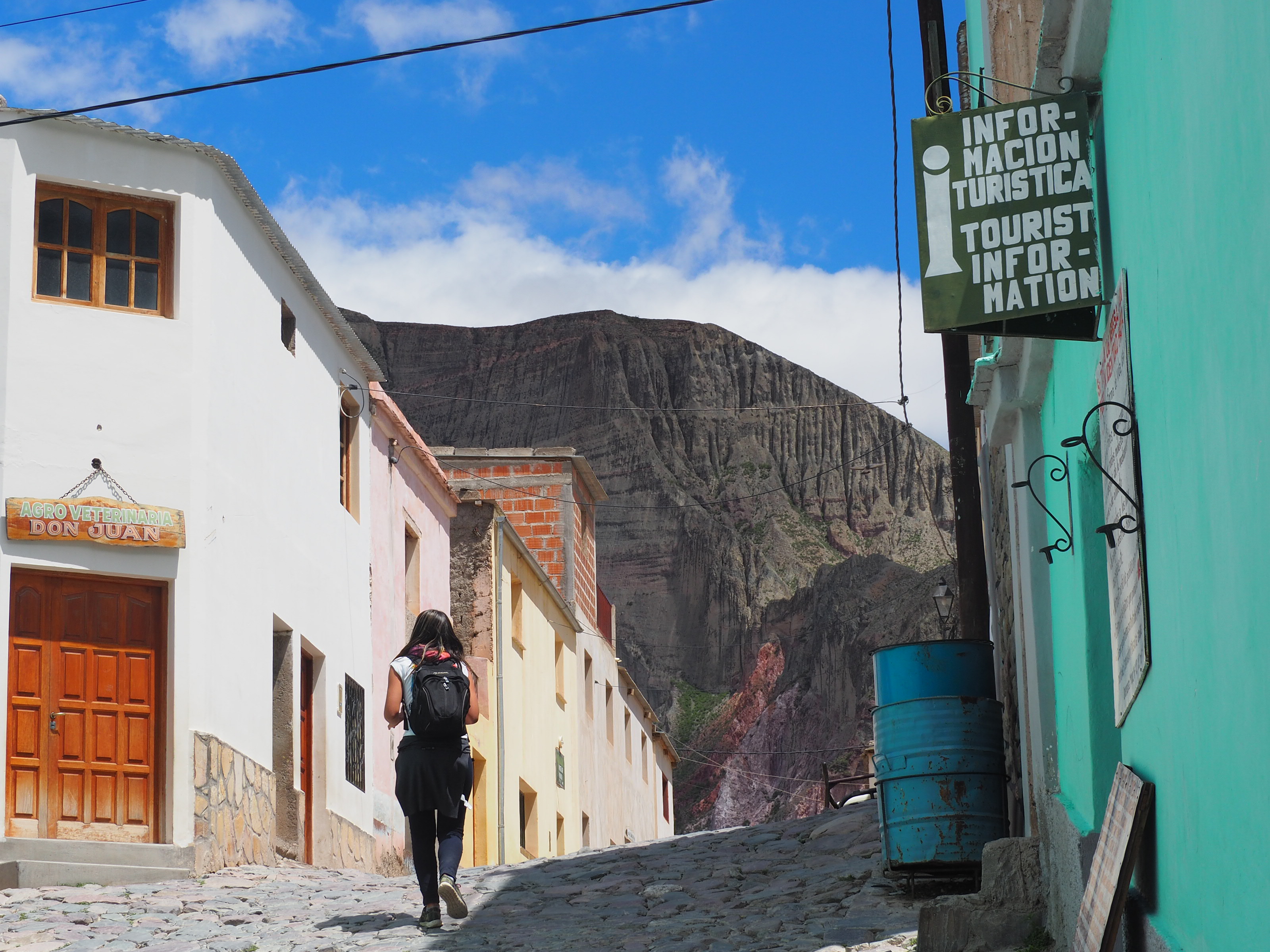 The charming streets of Iruya where the road come to an end, a town nestled in a striking canyon, a six hour round trip from Humahuaca.  I hike up to San Isidro for the night. 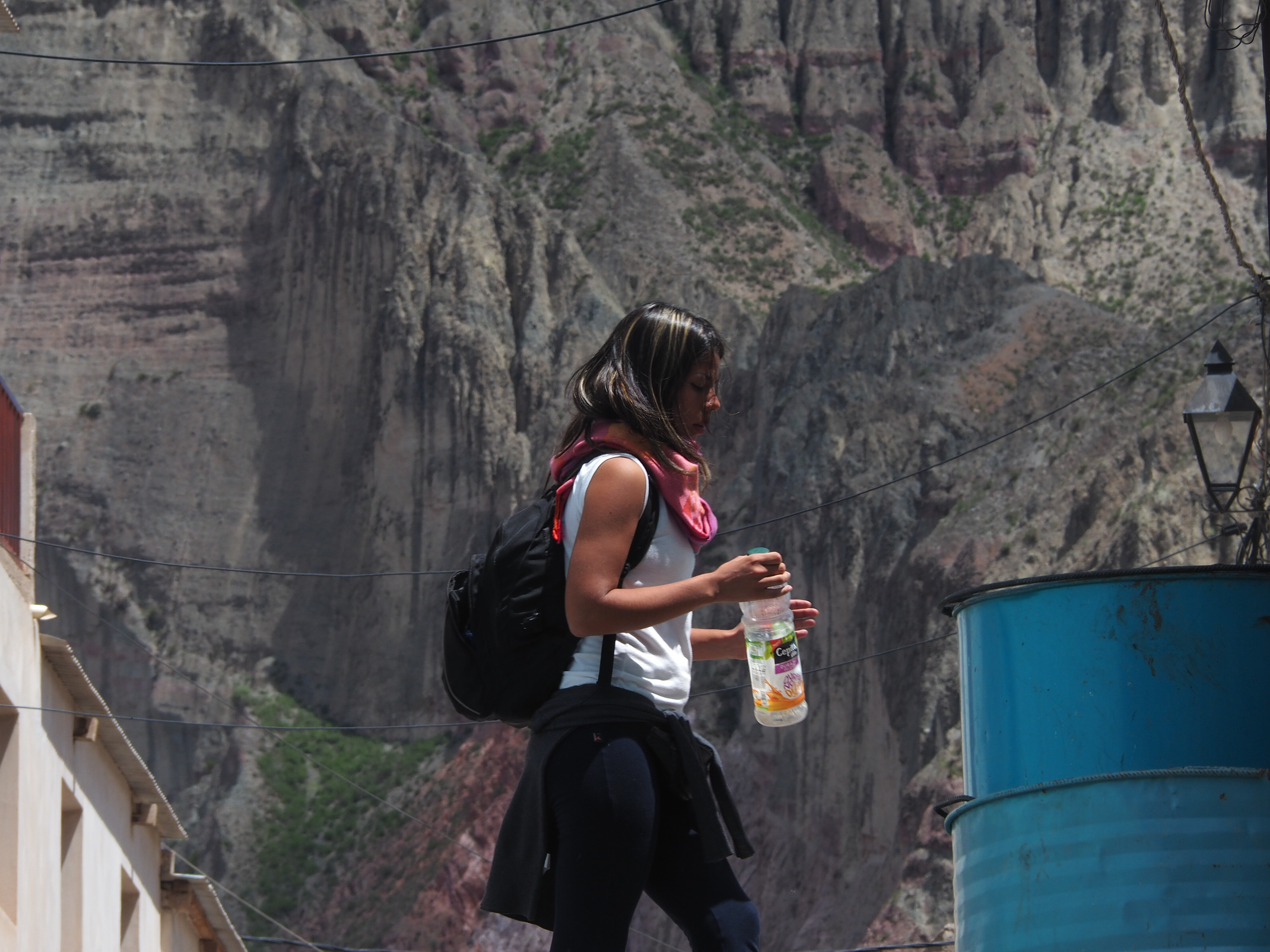 Julieta, one of the many sirens of Argentina 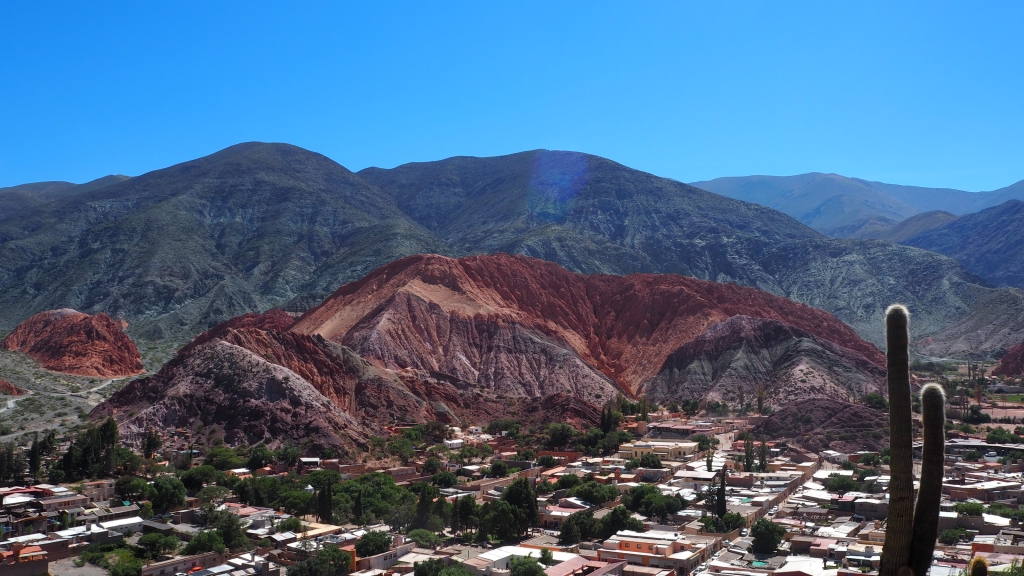 After a brief overnight visit to Tilcara I make an afternoon visit to the charming Pumamarca, famous for it’s multi-coloured mountain. 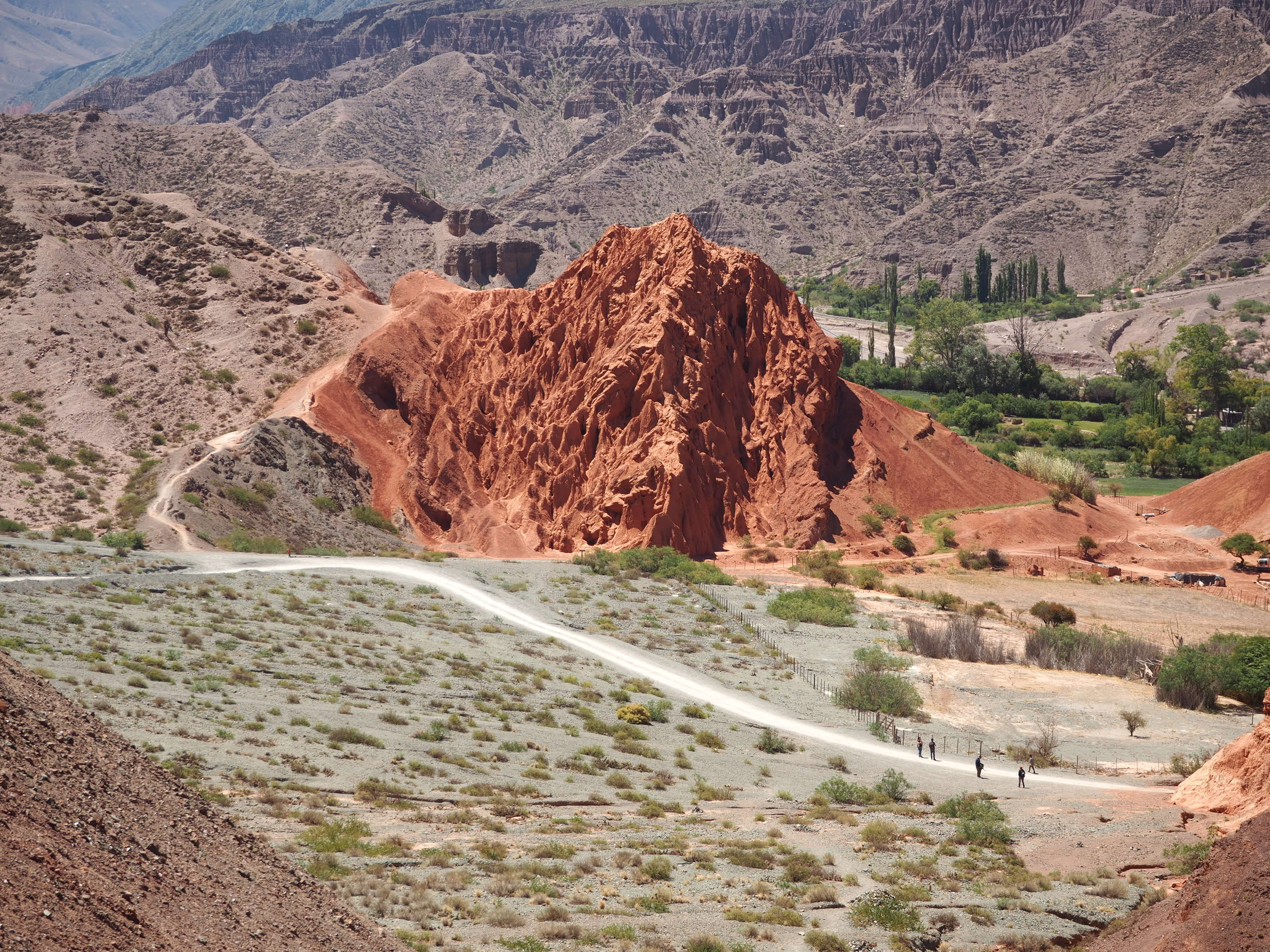 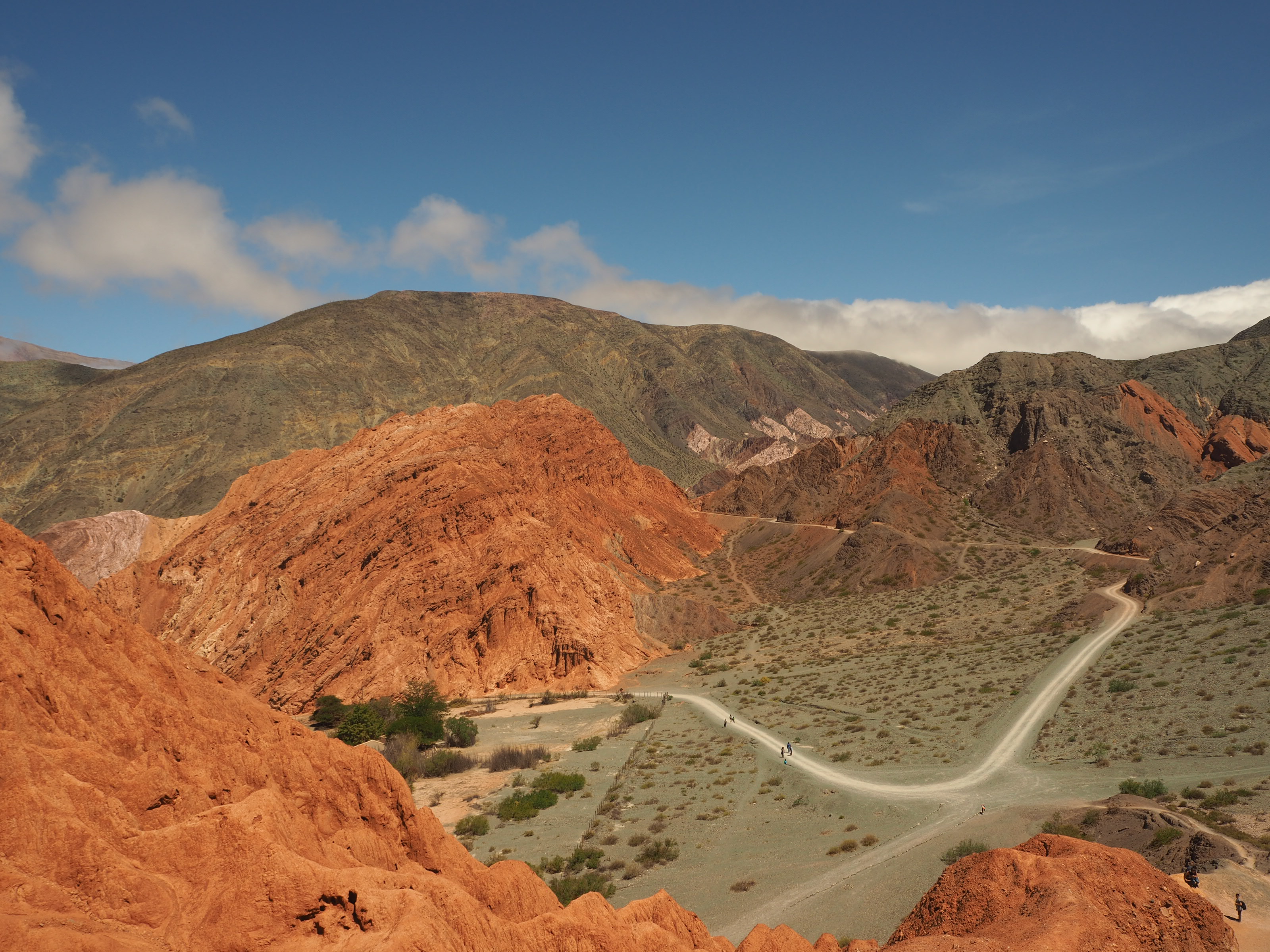 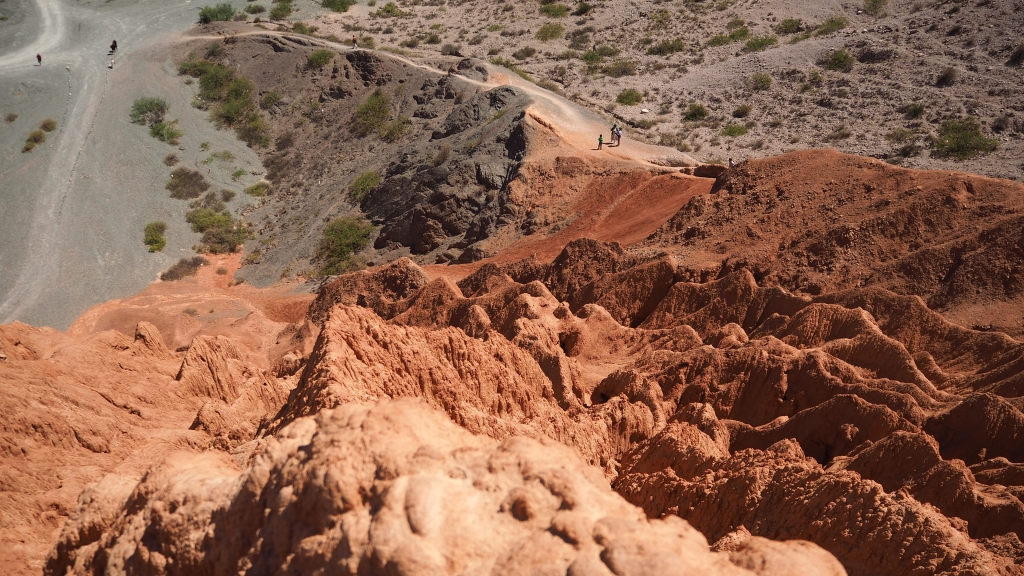 And then after my brief interlude it’s time to bloody well get back on the bike and into ’10 litres of water a day’ Ruta 40.

Notes on Salta and Jujuy:

Scenery-wise Quebrada de Humahuaca (where most of these tourist towns lie) was impressive but I didn’t see anything I hadn’t seen before (being as spoilt as I am with my trip).  As far as landscapes go the alternative Ruta 40 from San Antonio de Los Cobres to Cafayate was more interesting in my opinion. However, during peak season the vibe with all the Argentinian tourists made the side trip 100% worth it.

The towns I visited by bus were: capital of Salta, capital of Jujuy, Pumamarca, Tilcara, Humahuaca, Iruya, San Isidro (by foot from San Isidro).  All were nice colonial style pueblitos with leafy plazas, Pumamarca was my favourite.