Update: check out the main official report of the TEMBR at bikepacking.com for GPX and a rather more elegant description of the route compiled by Cass.

For most of this section I continued to follow the most excellent TEMBR that I had been testing out. Aside from the usual monster roller coaster ups and downs through canyons and paramo, it included a deviation from the route to explore an old abandoned railway line that passes through a significant part of the country.  It runs from Quito to Cuenca and was damaged in a flood in 1993(?) caused by a landslide.  After that it was left unused and has been mostly swallowed up by nature, roads and people’s property; 20 years or so later only remnants remain.

To adhere to the requirements of safe train travel, the railway line was designed to be below a certain gradient at all times. This results in endless zig zagging to accommodate small elevation changes on steep terrain.  Factoring in mud, hauling (and crawling) my bike through vegetation and being slowed down by barking dogs this was undoubtedly the long way round. It also required enduring a few understandably strange looks from homeowners whilst I staggered through their backyards.  In the end, it turned out to be quite a fun little ‘treasure hunt’.

This is how it panned out: 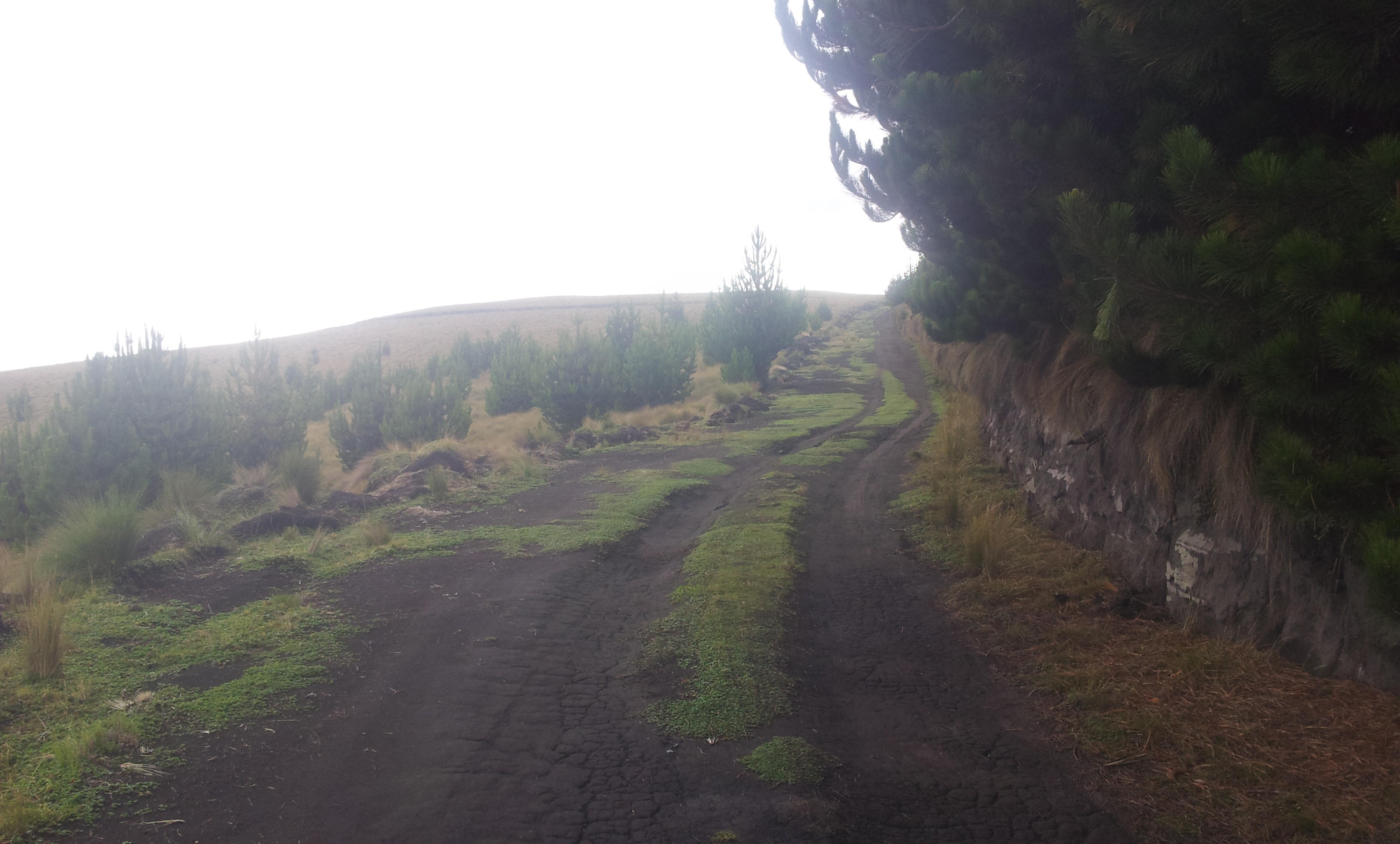 Heading up to the paramo after leaving Guamote 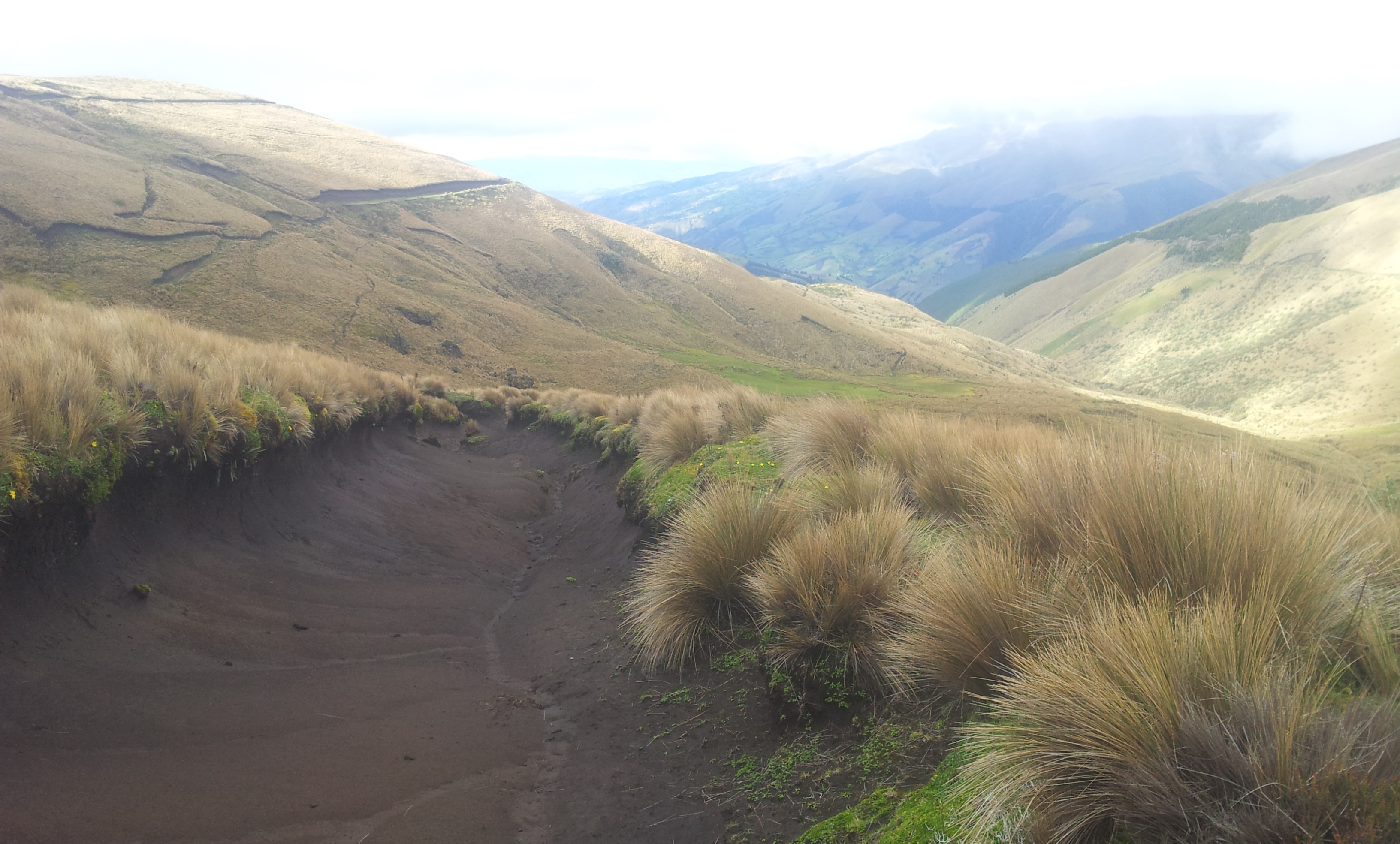 And then down again. Shortly after this photo I fall awkwardly whilst simultaneously trying to film and use my left break. The result is a broken saddle. Not ideal. 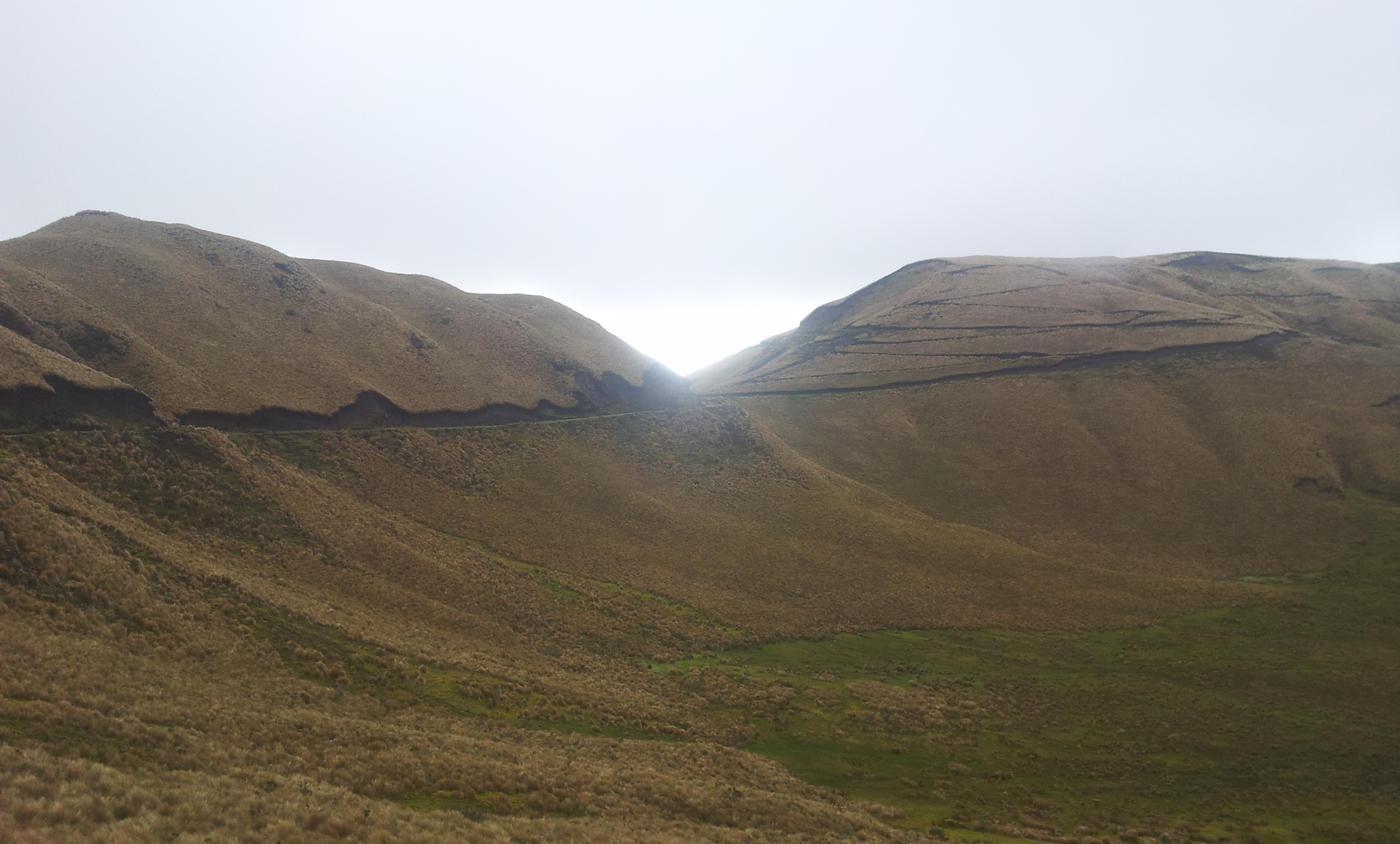 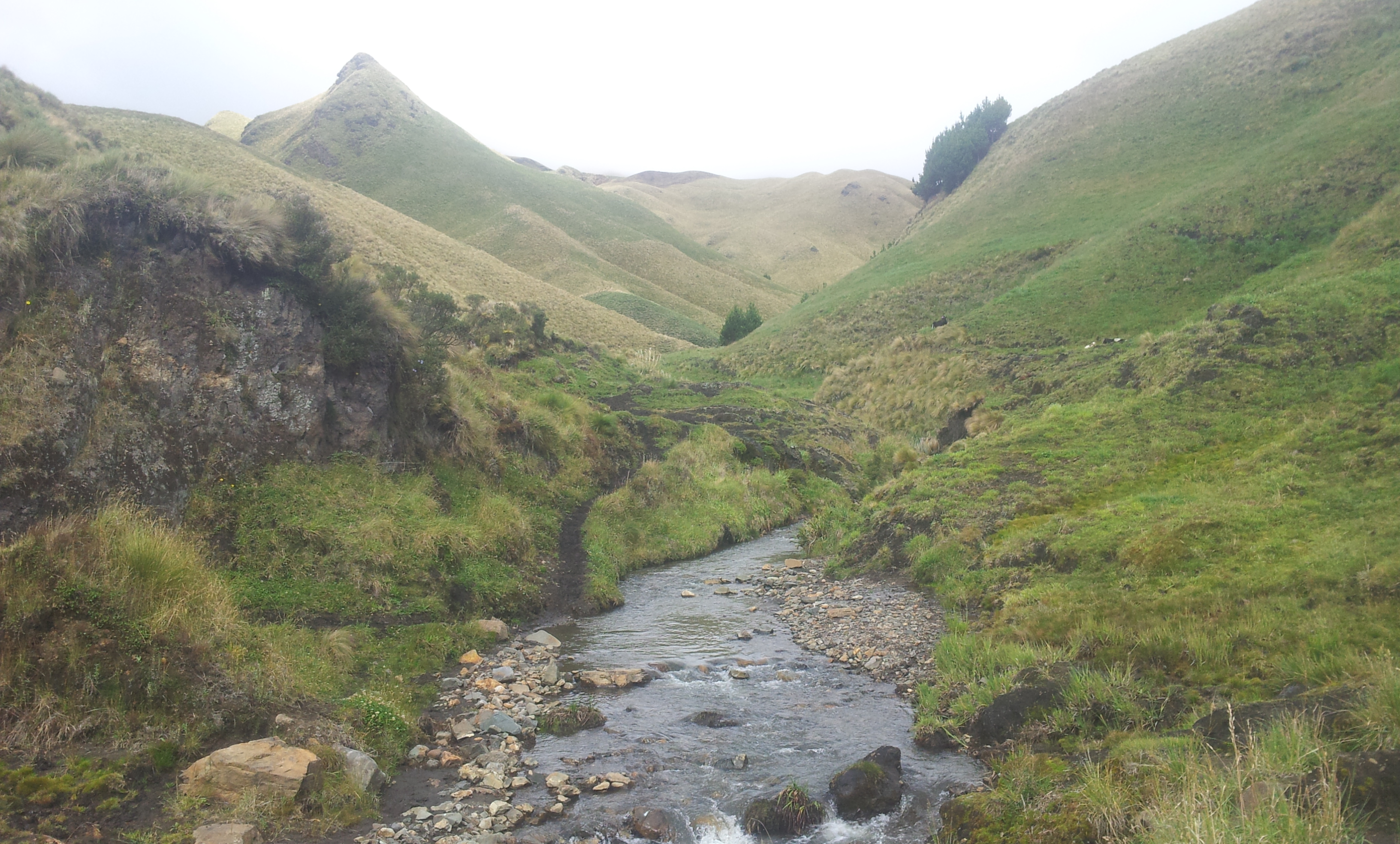 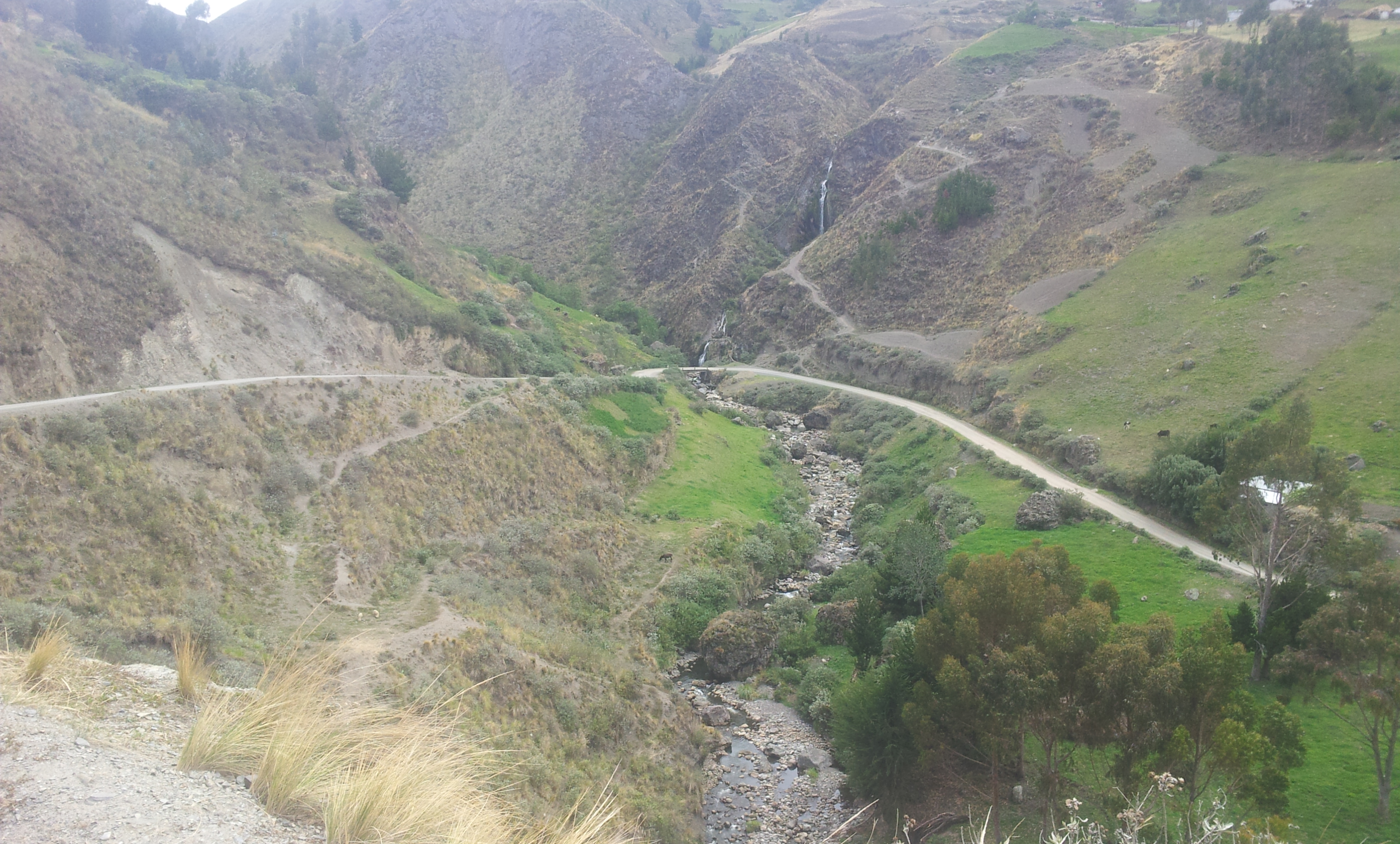 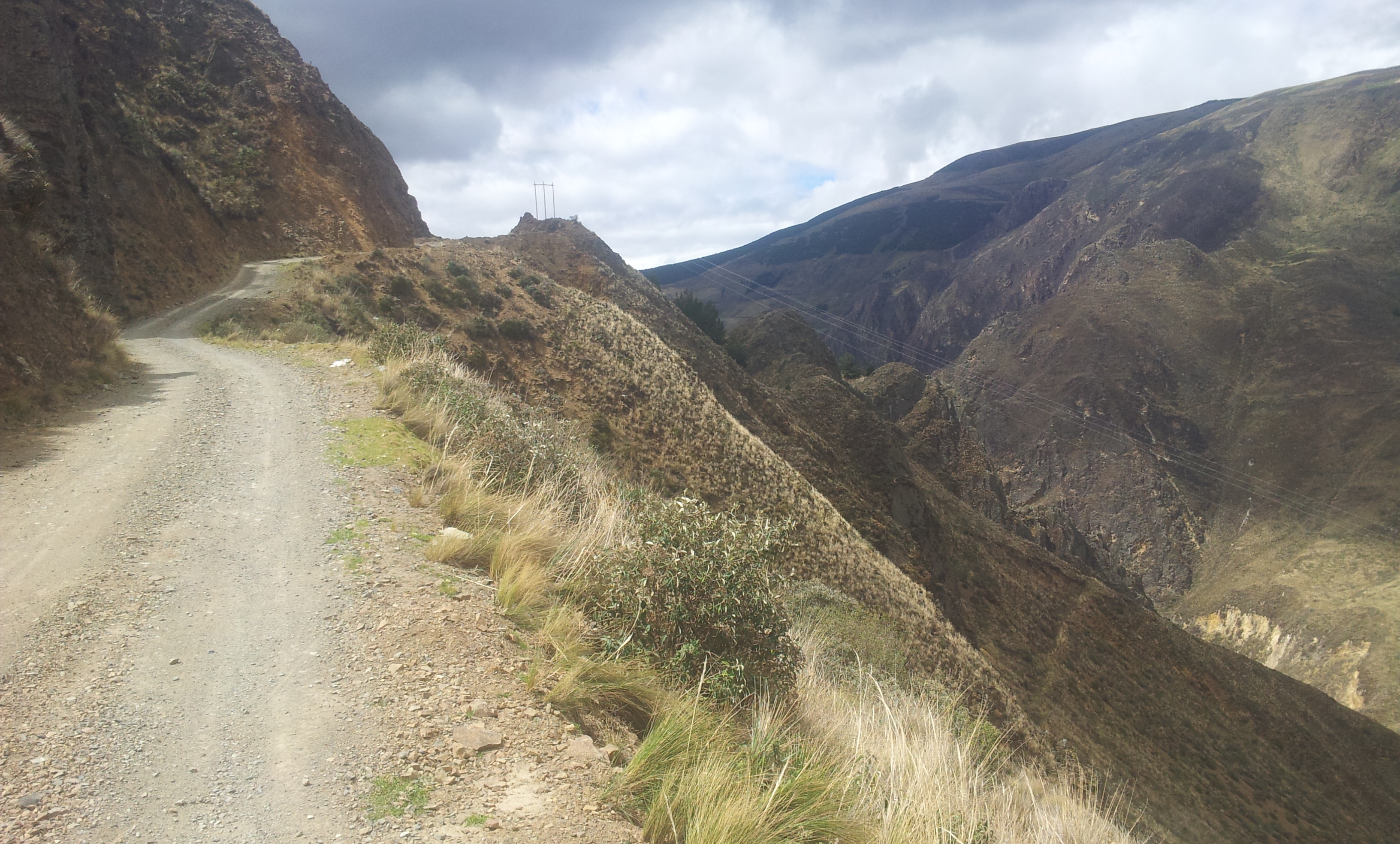 Another big climb alongside a vast canyon. One of the main mind blowing themes of the TEMBR that rarely fails to astound me 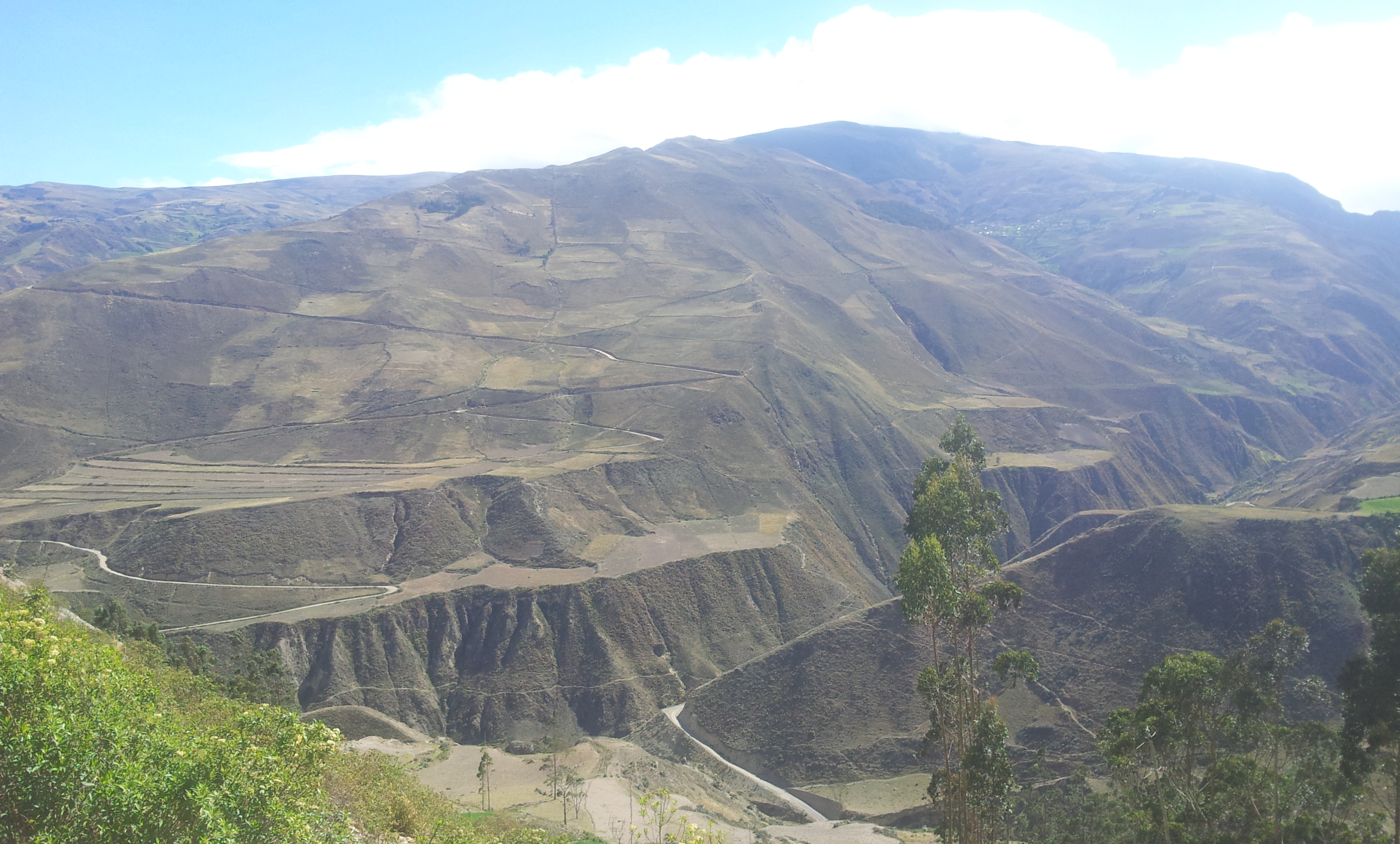 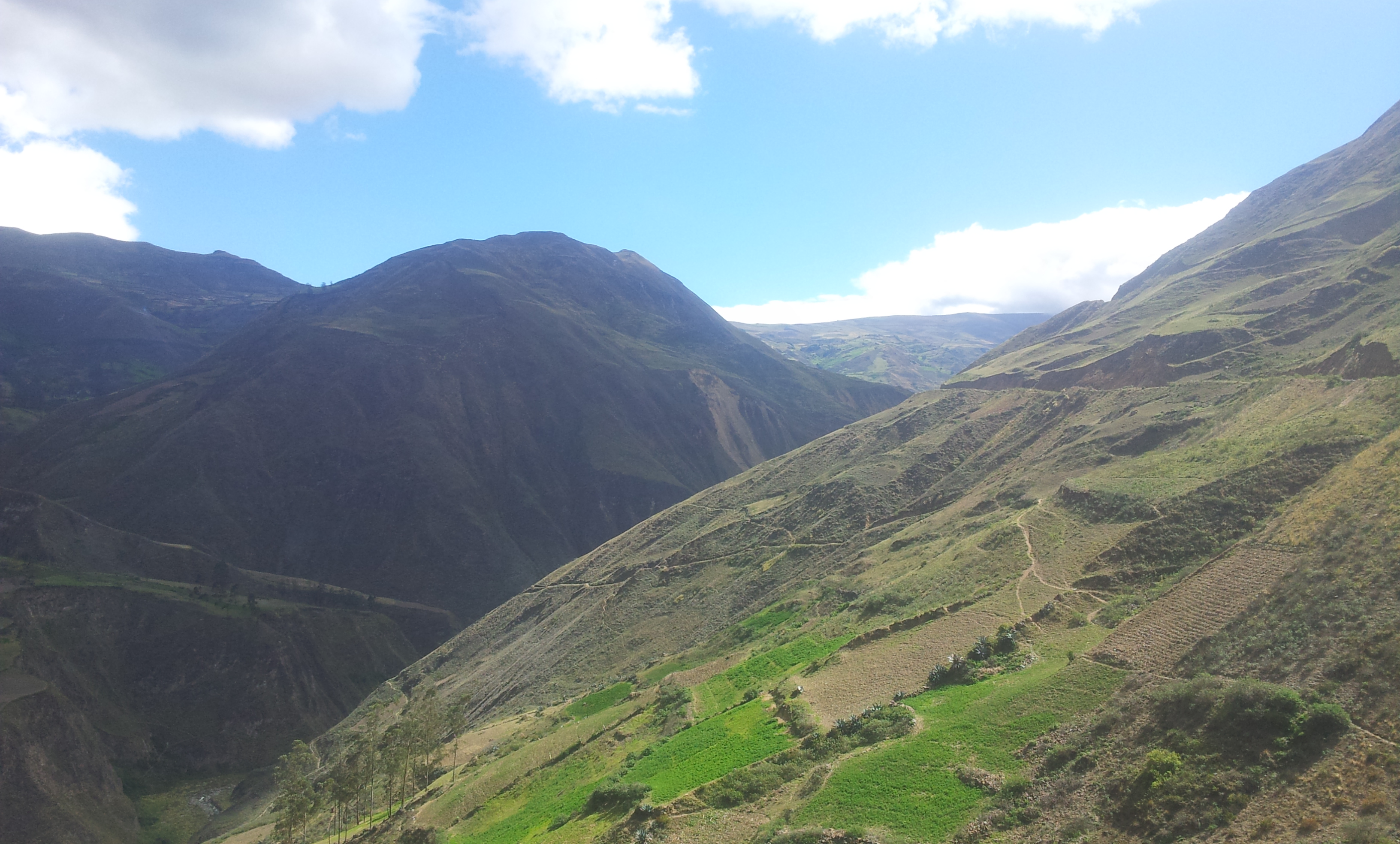 Although there is an old scenic Inca trail from Achupallas to Ingapirca it is said to be mostly unrideable.  I opt for the paved… 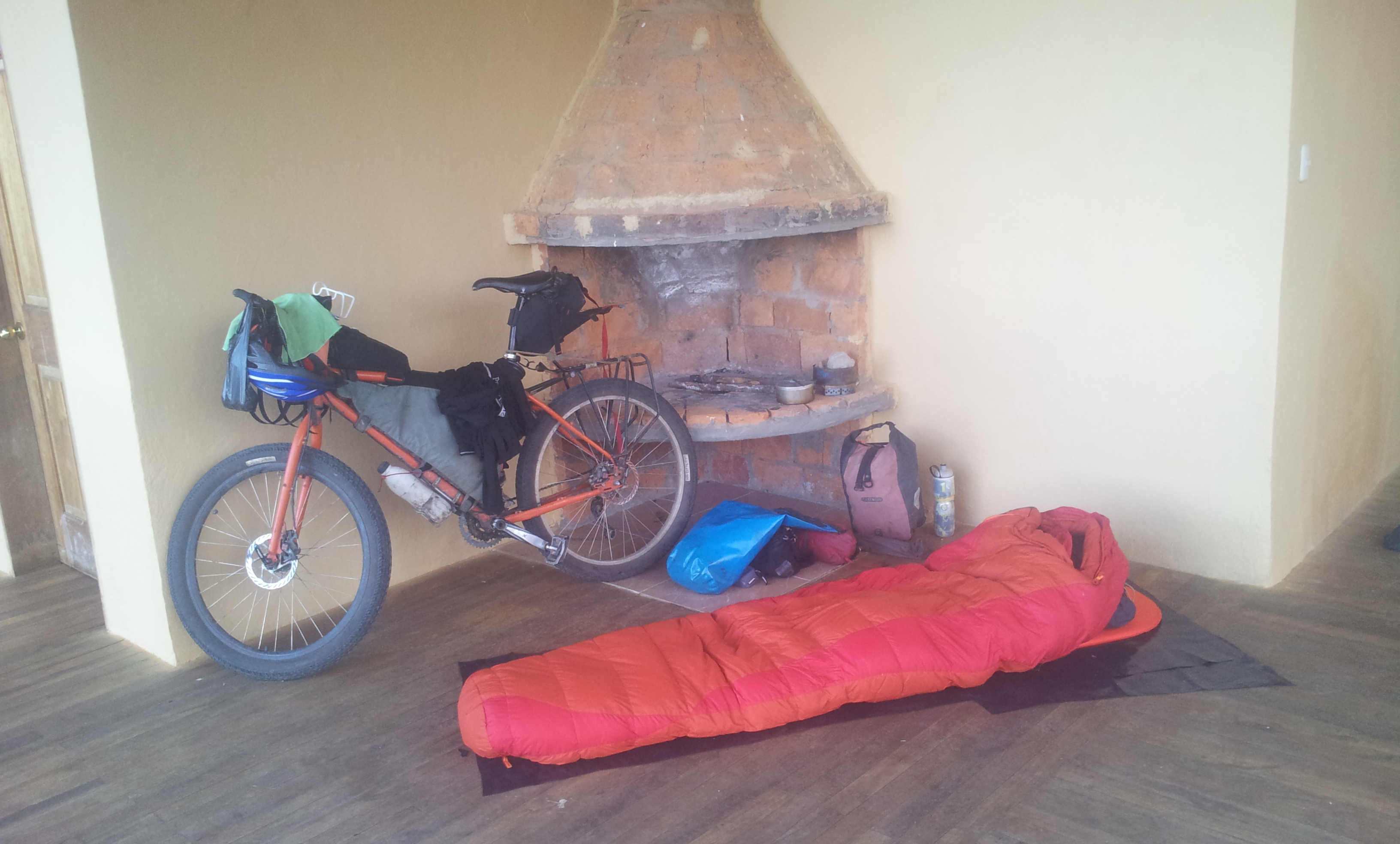 Sleeping on the balcony for $2 at a hostel in Sisid near the famous Ingapirca ruins. Probably not one of their most common requests. 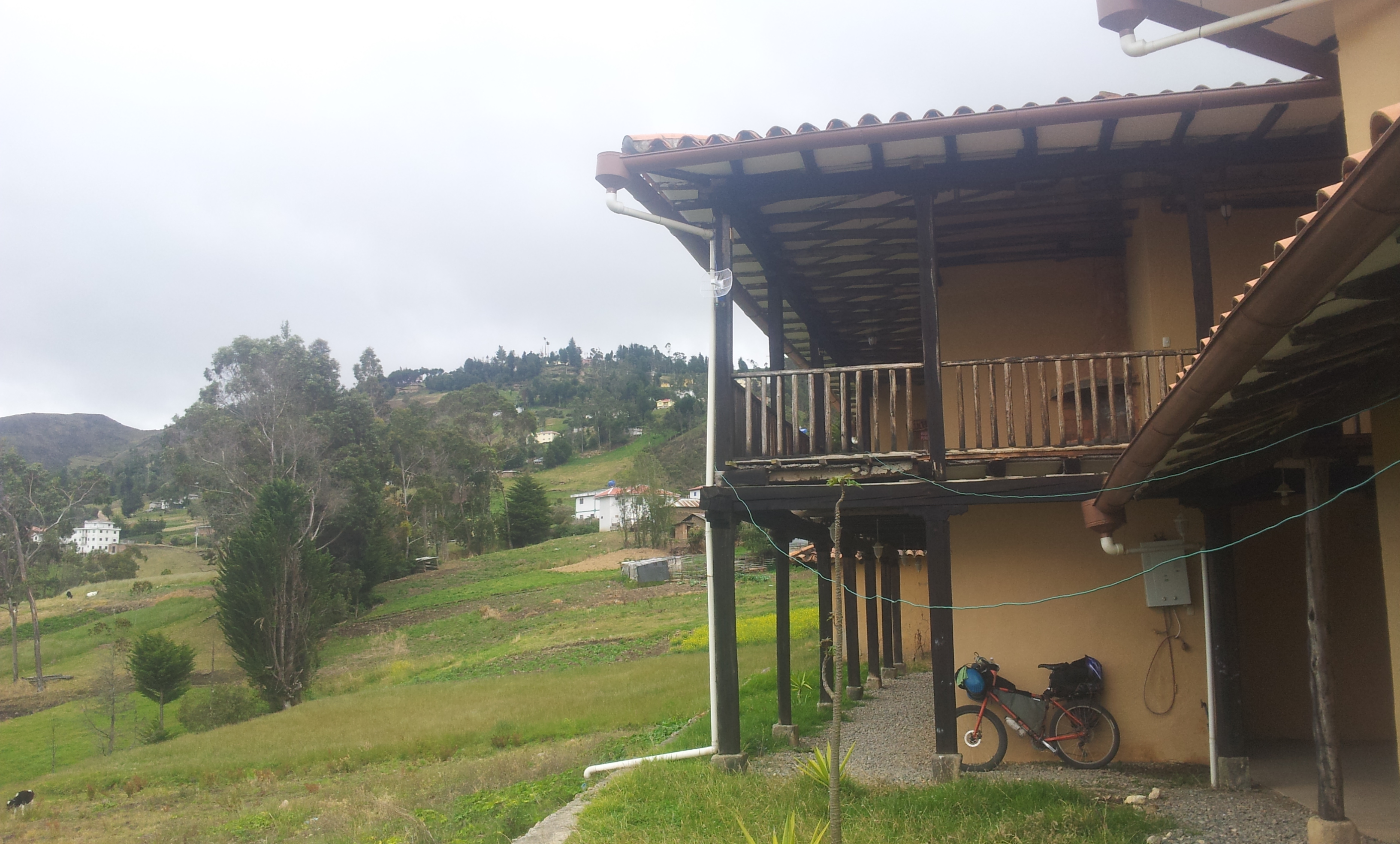 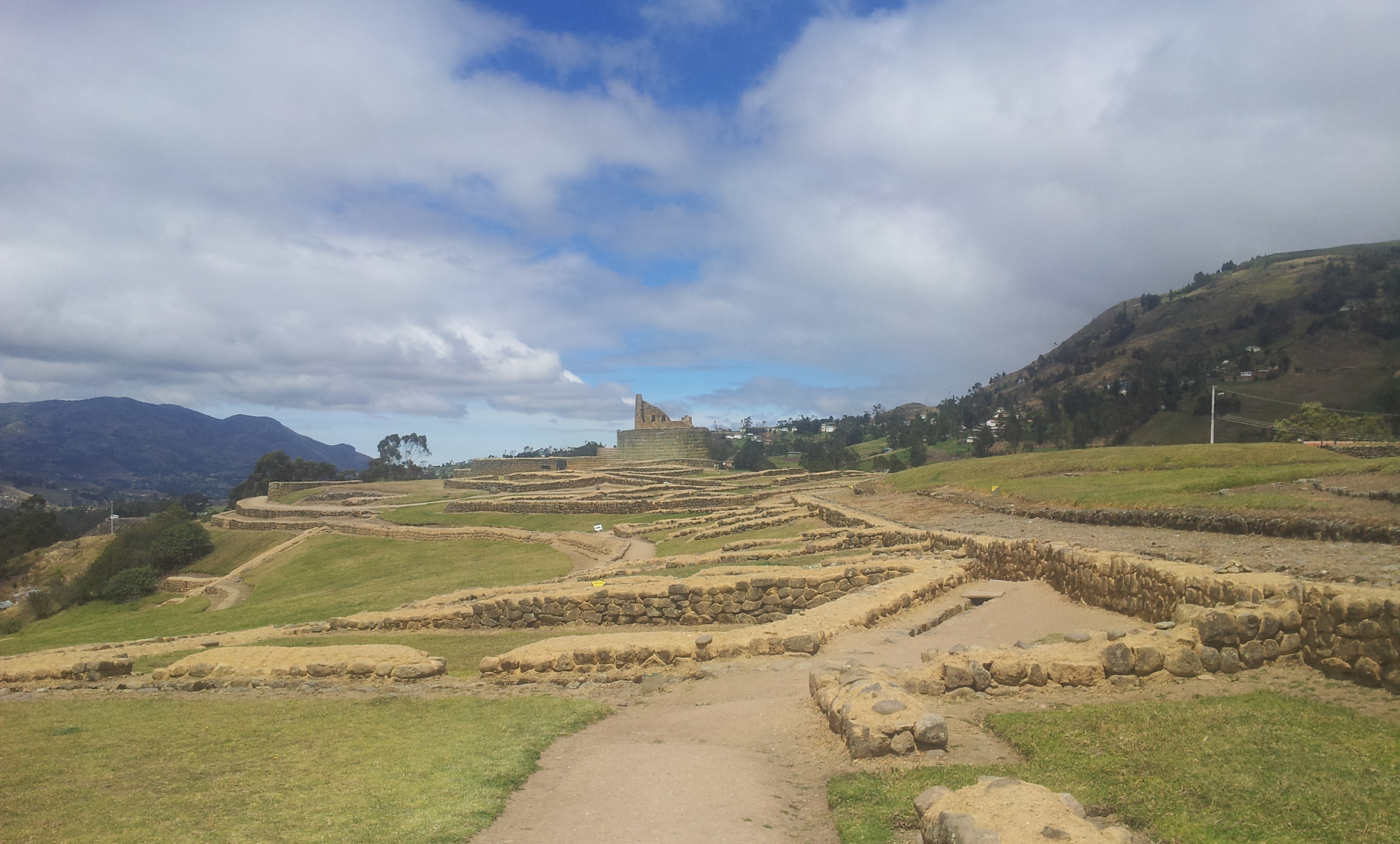 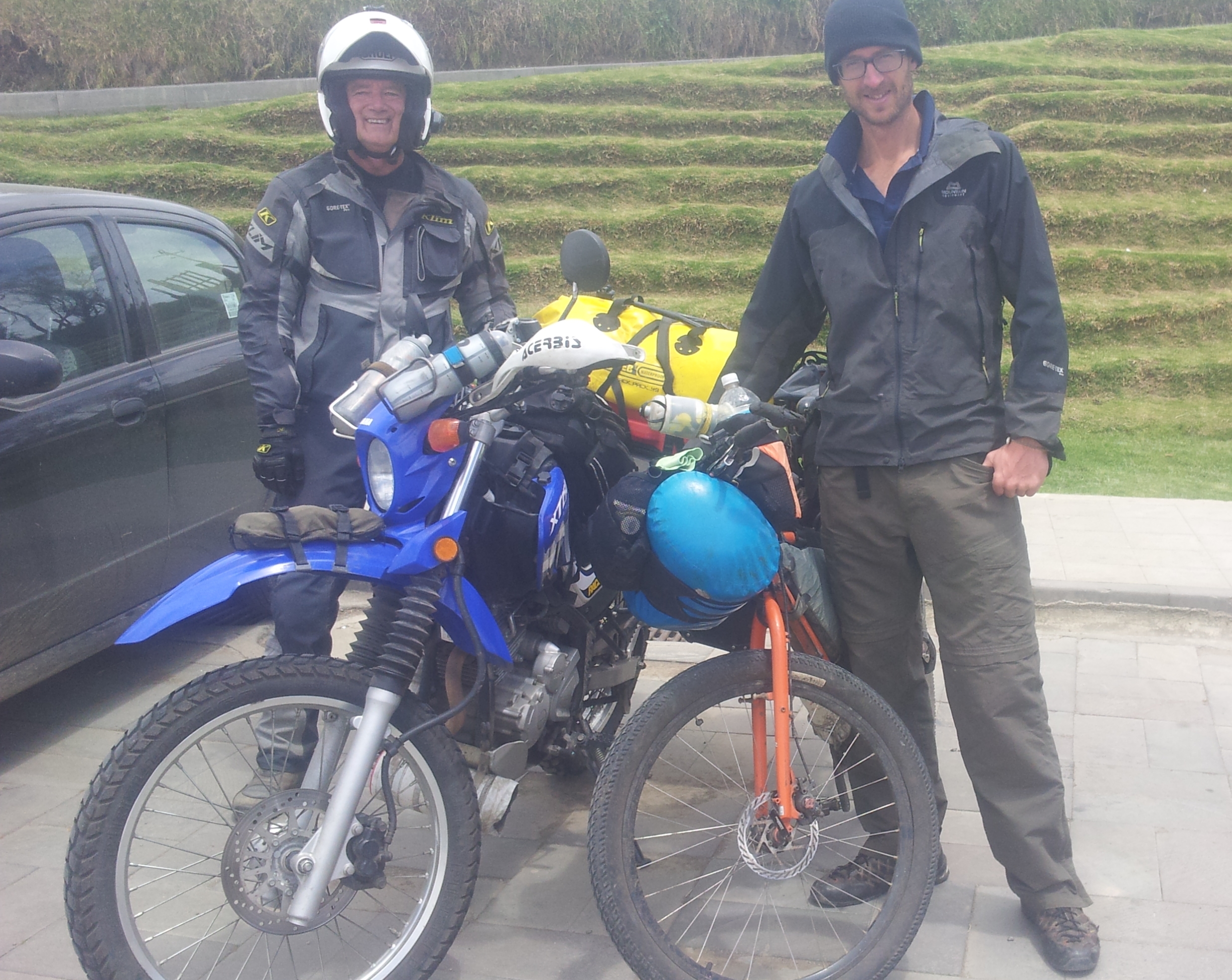 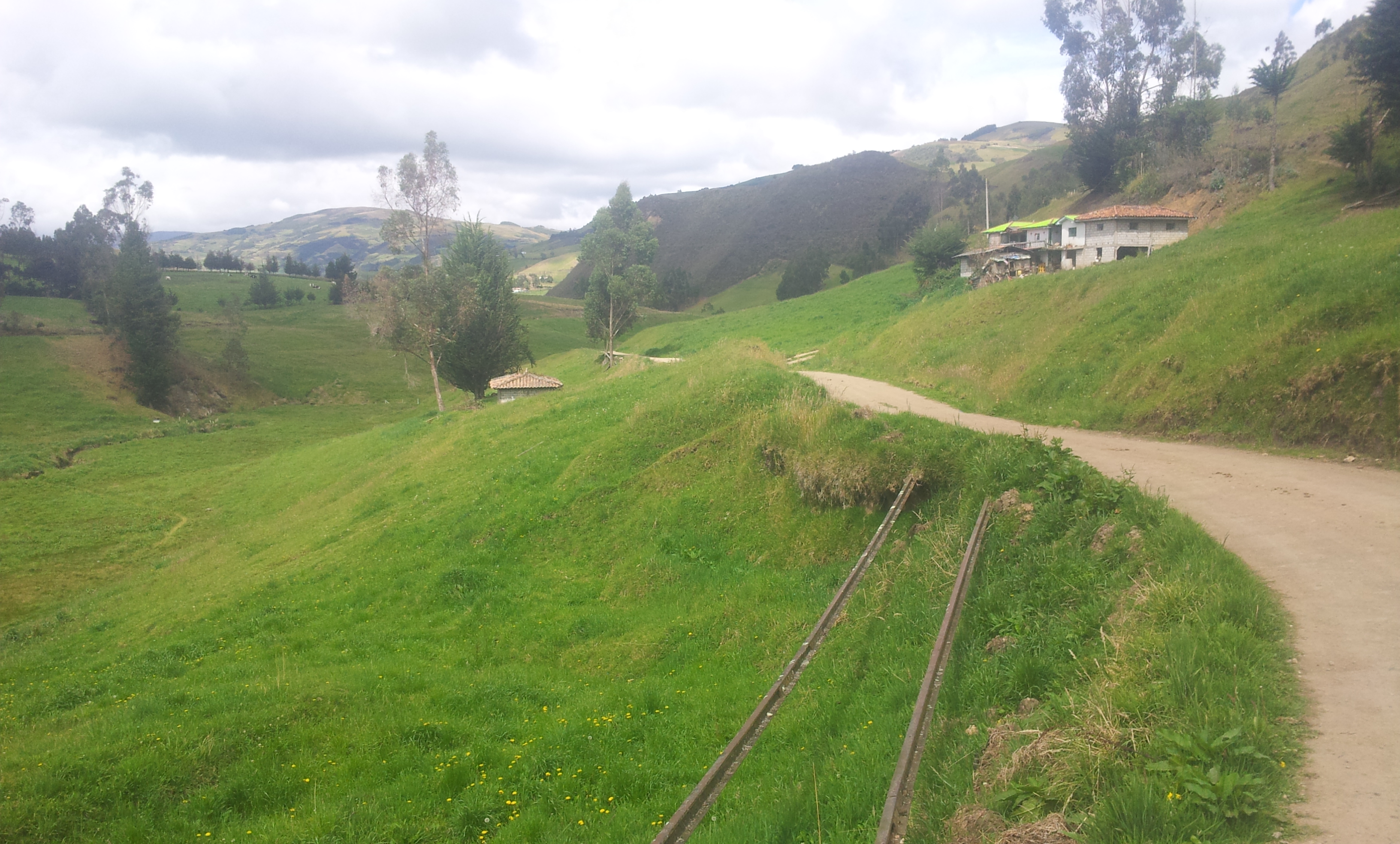 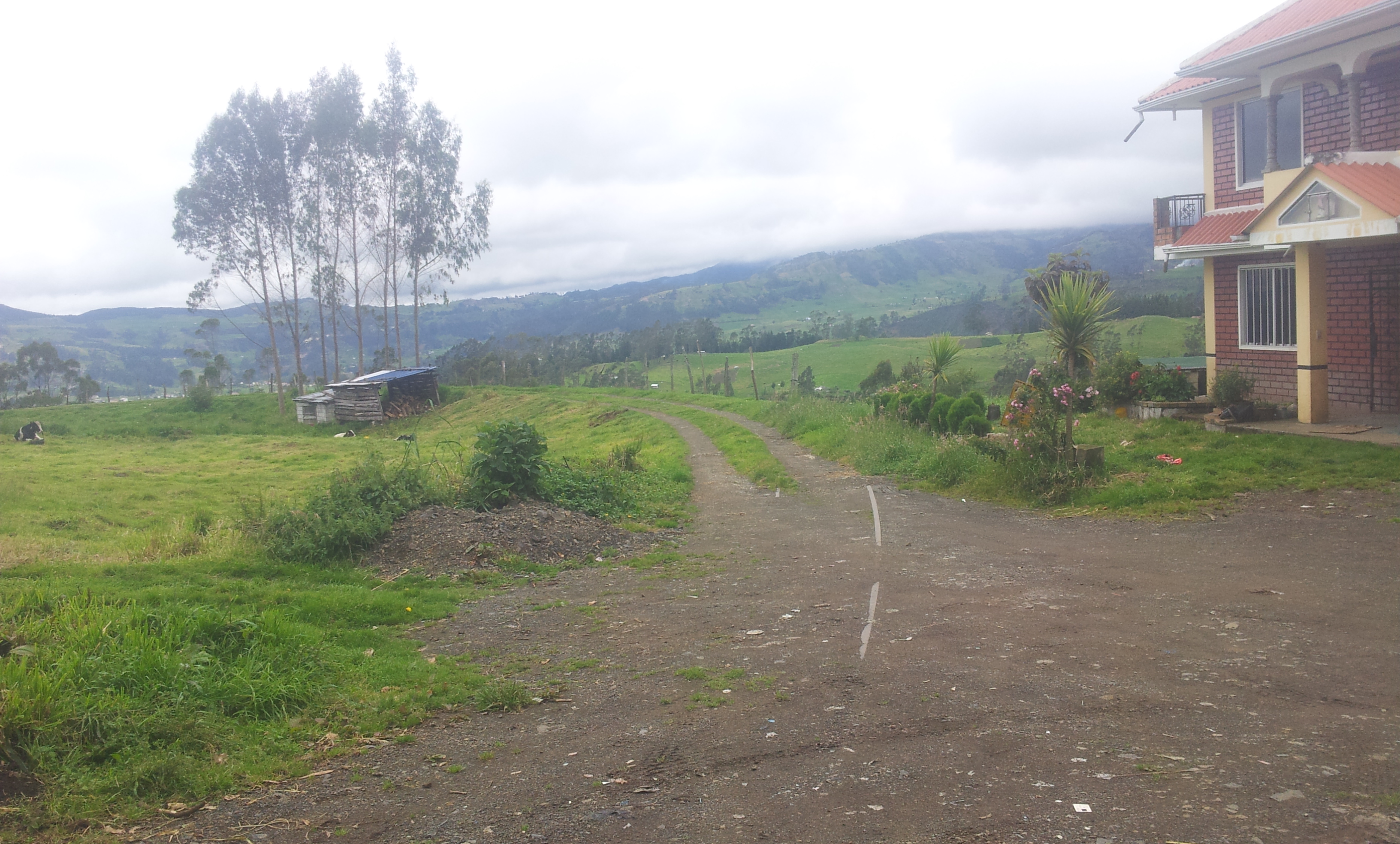 It turns into a ‘treasure hunt’ searching the rails that continuously disappear and re-appear beneath the ground. Some parts are easy and fun to ride… 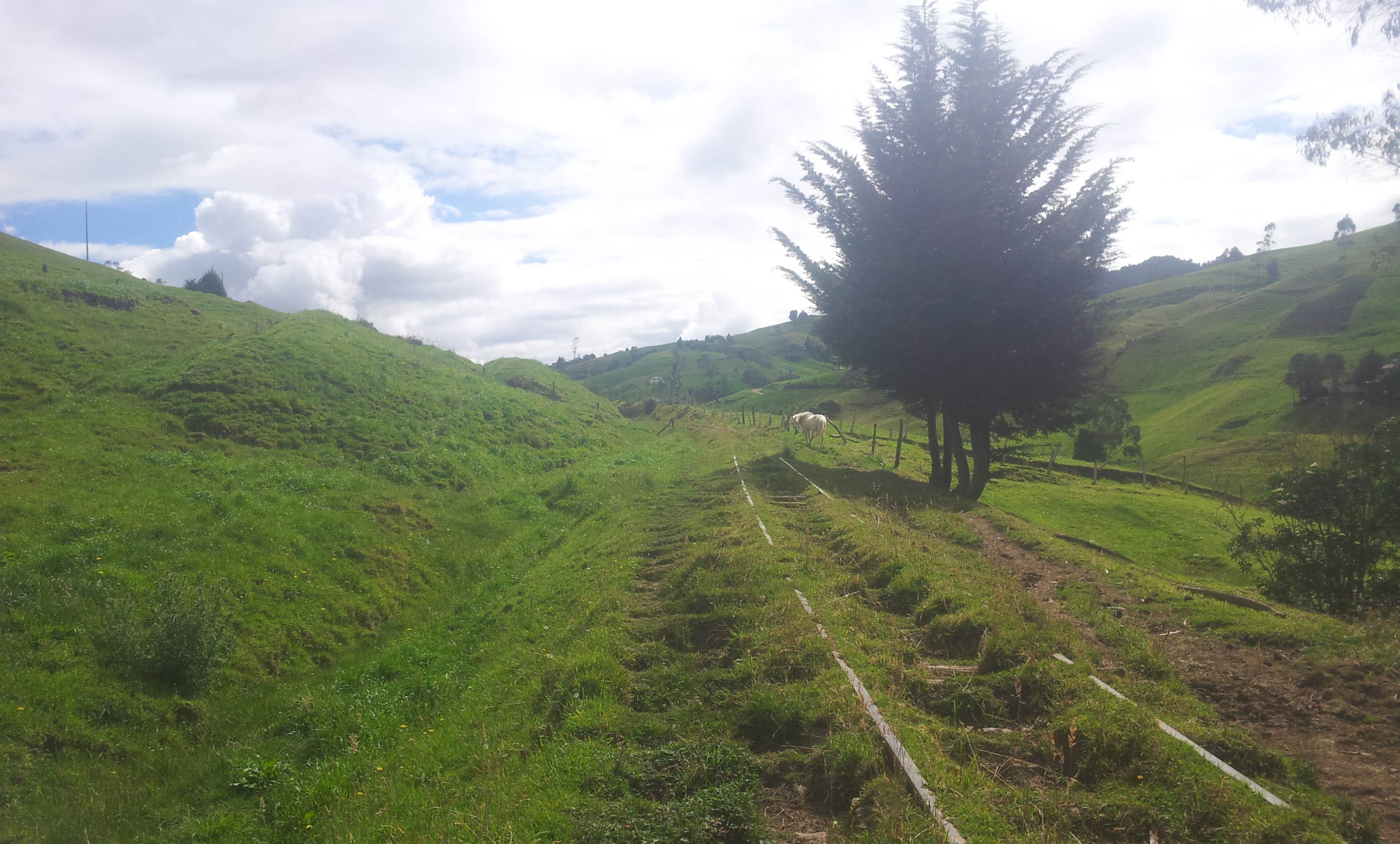 …other parts are hard to ride… 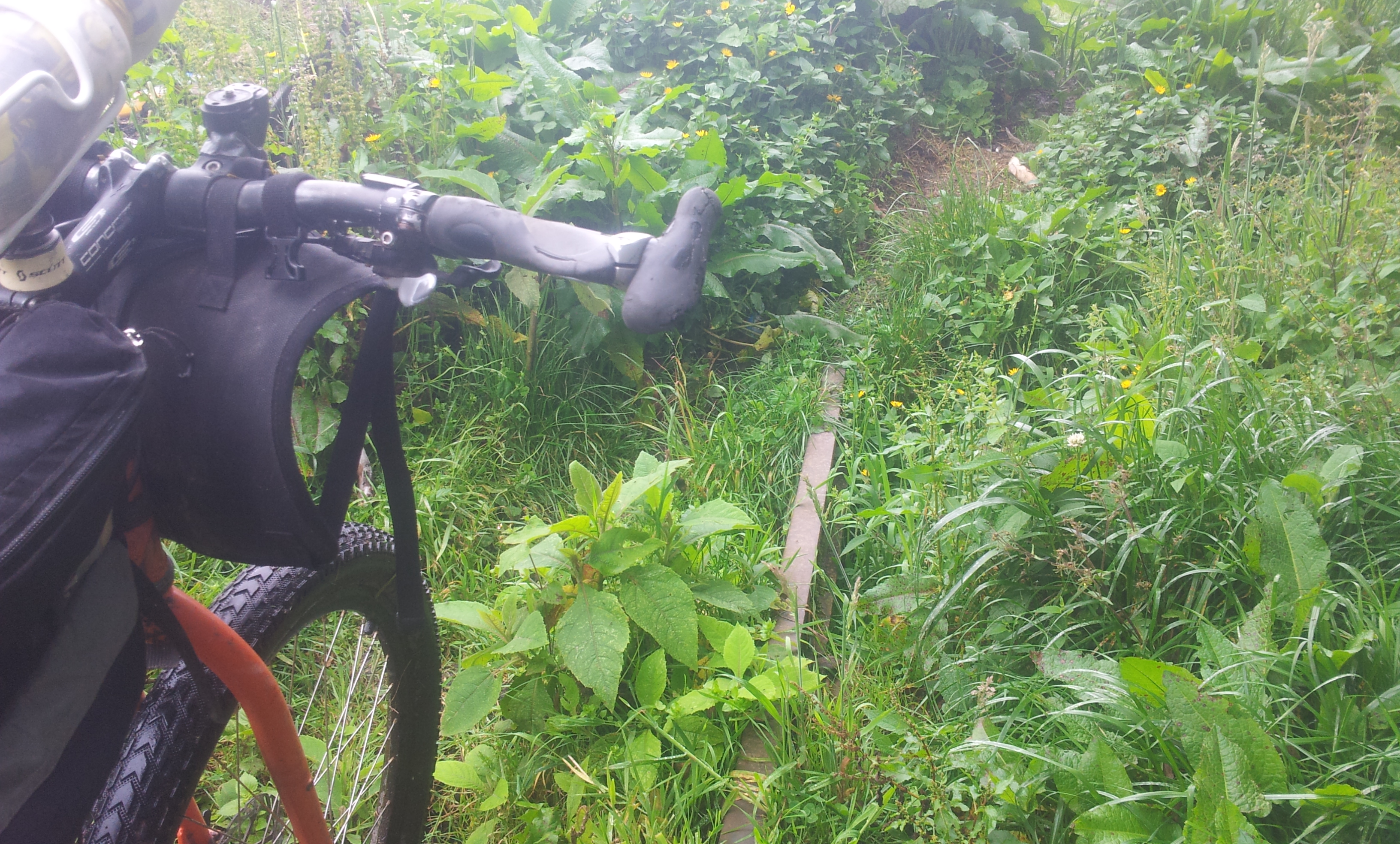 …and the rest is impossible 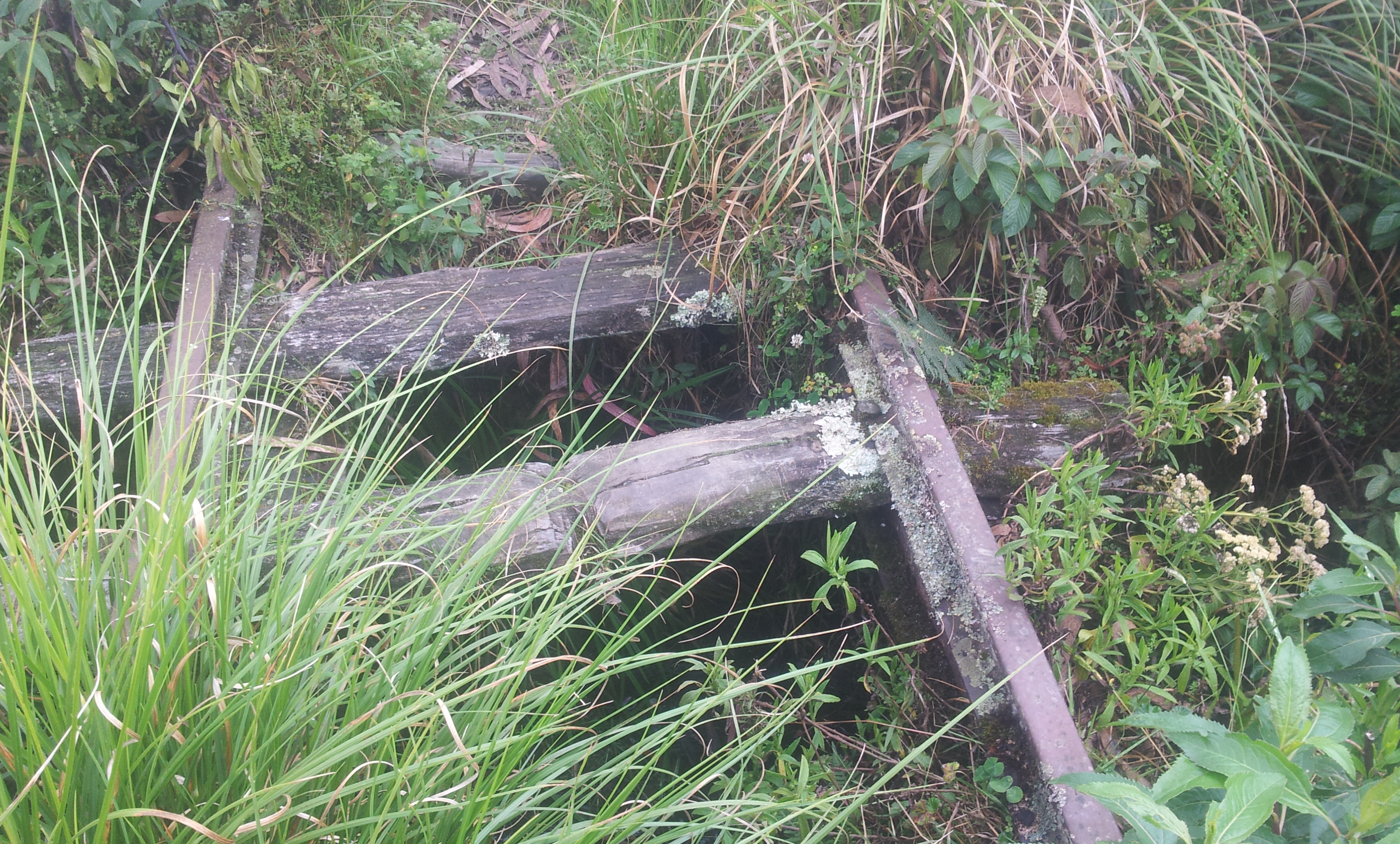 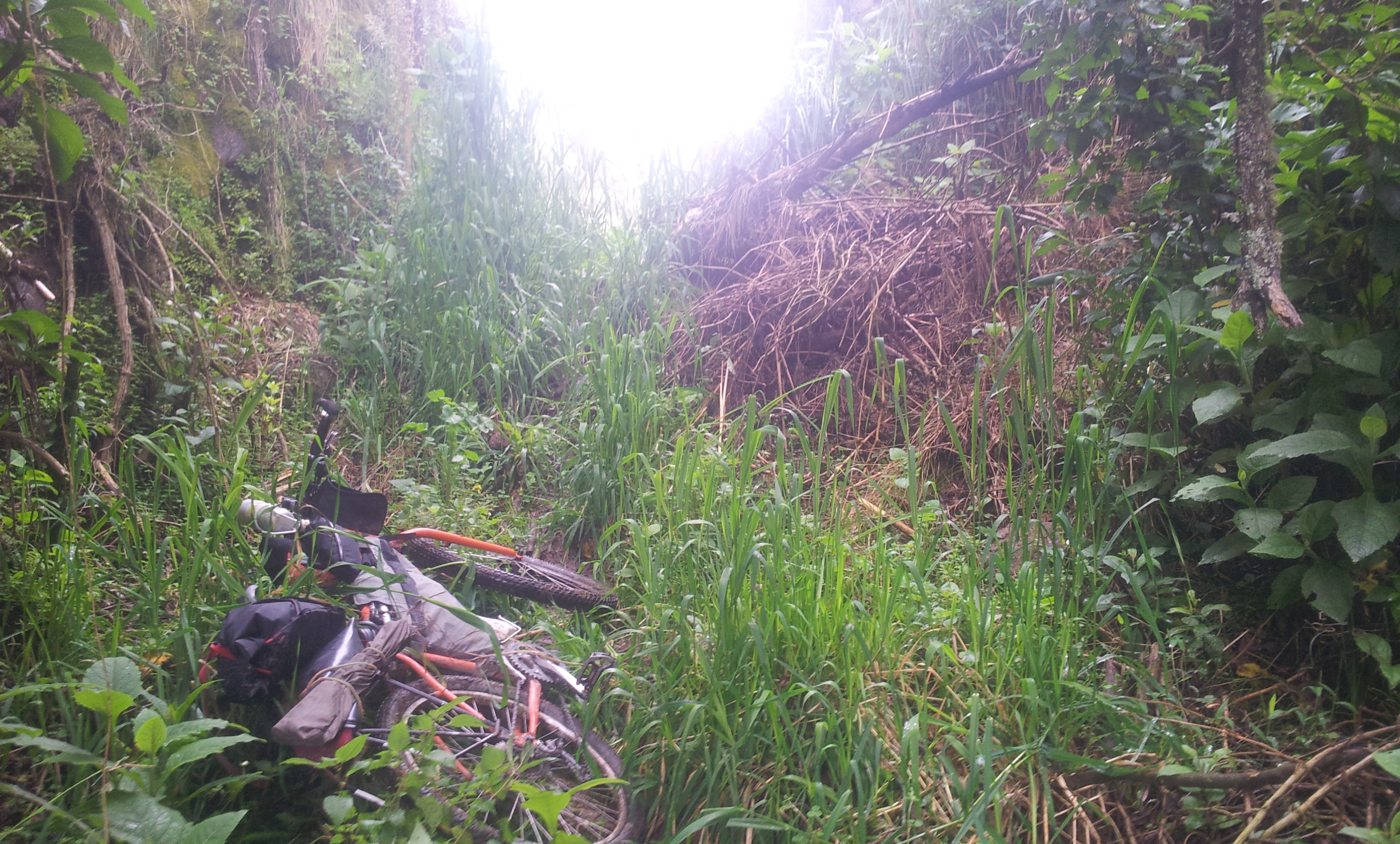 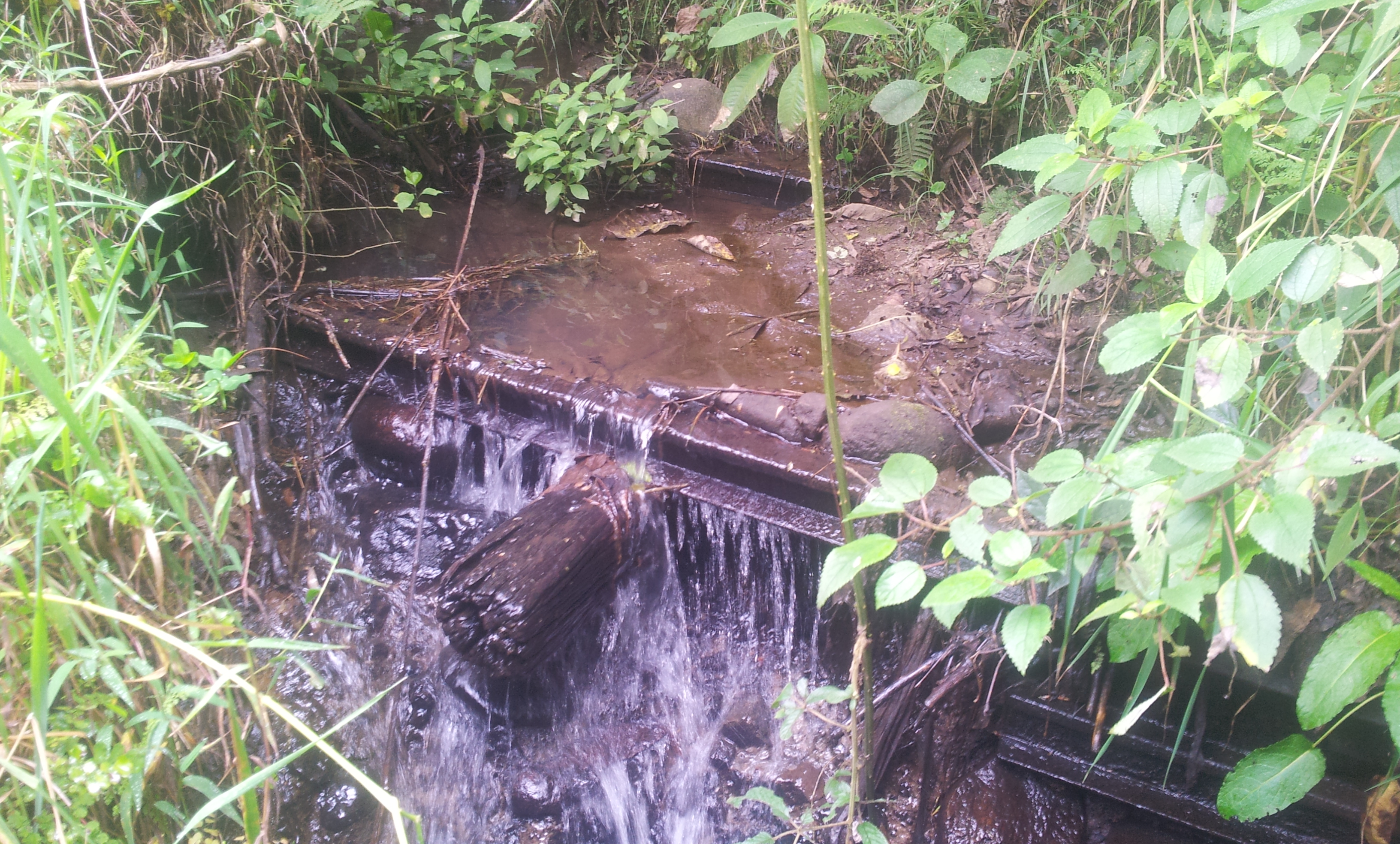 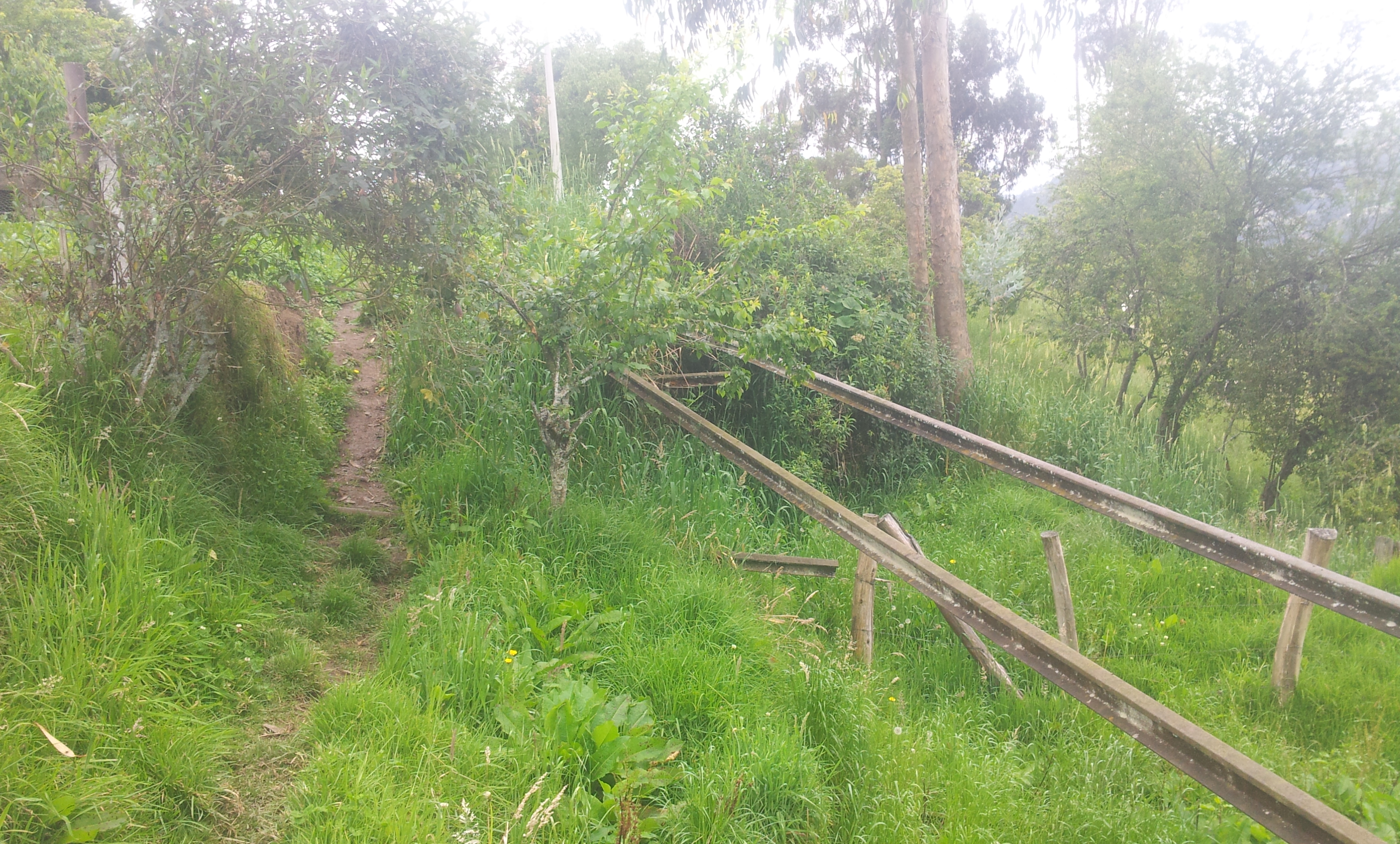 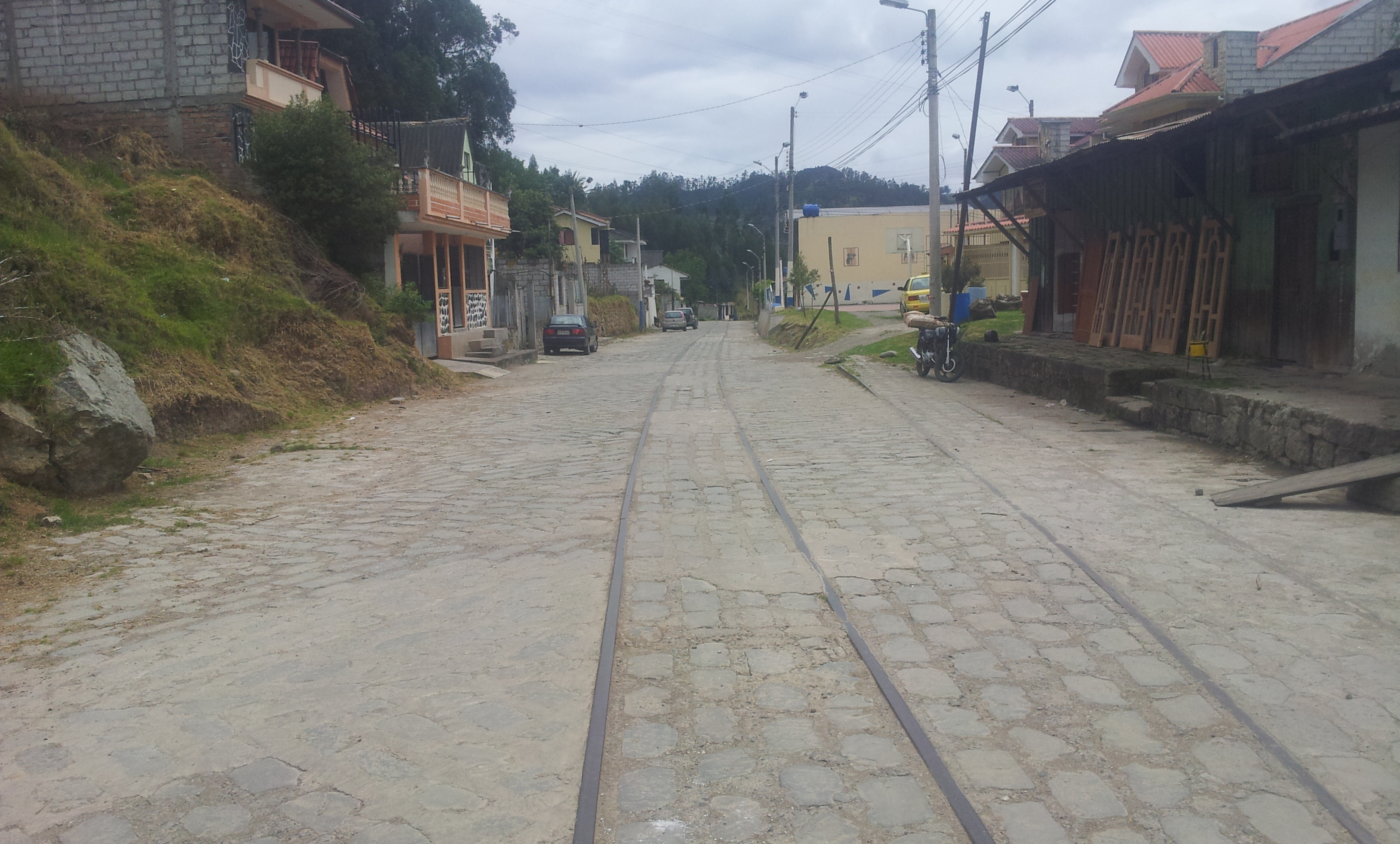 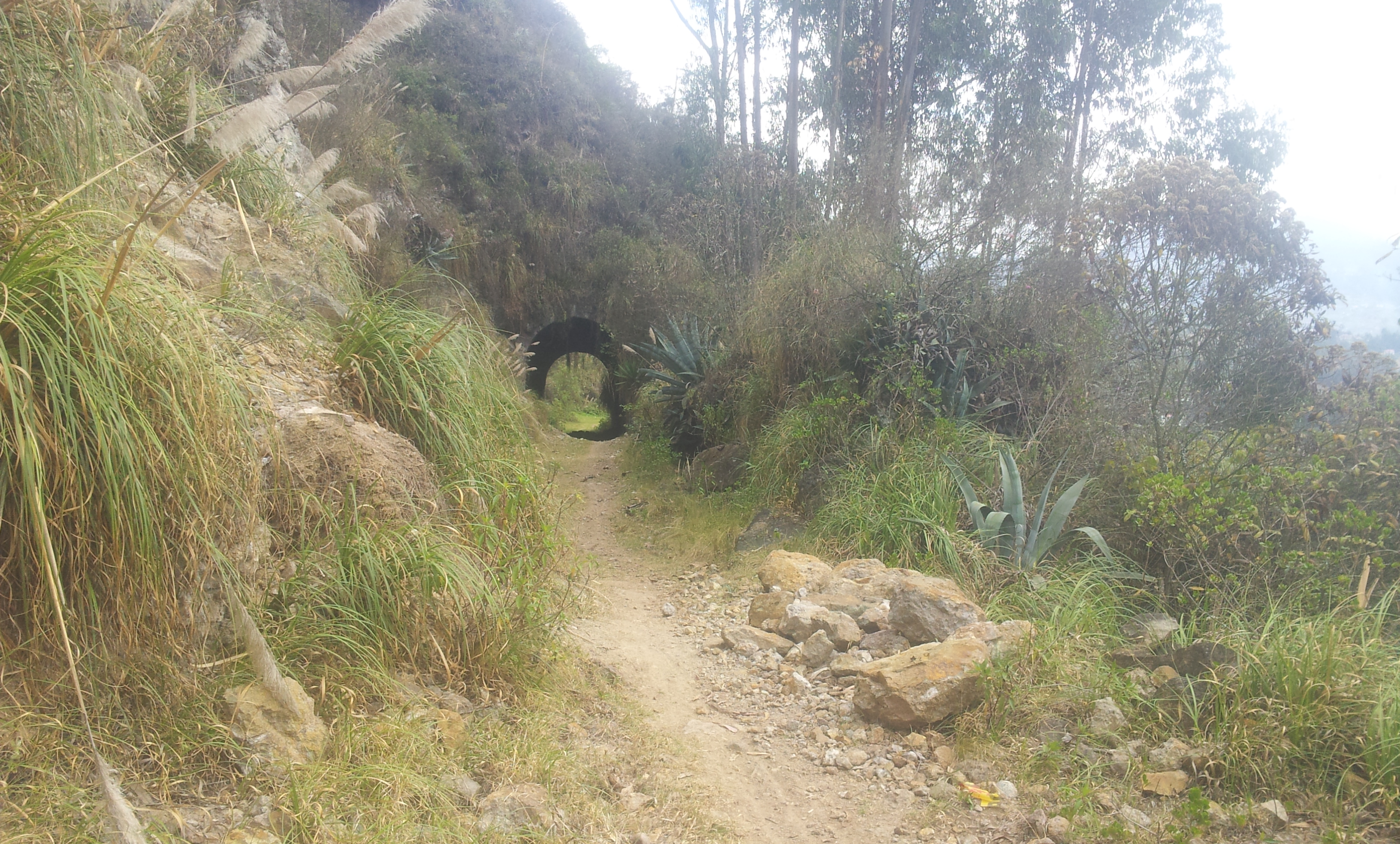 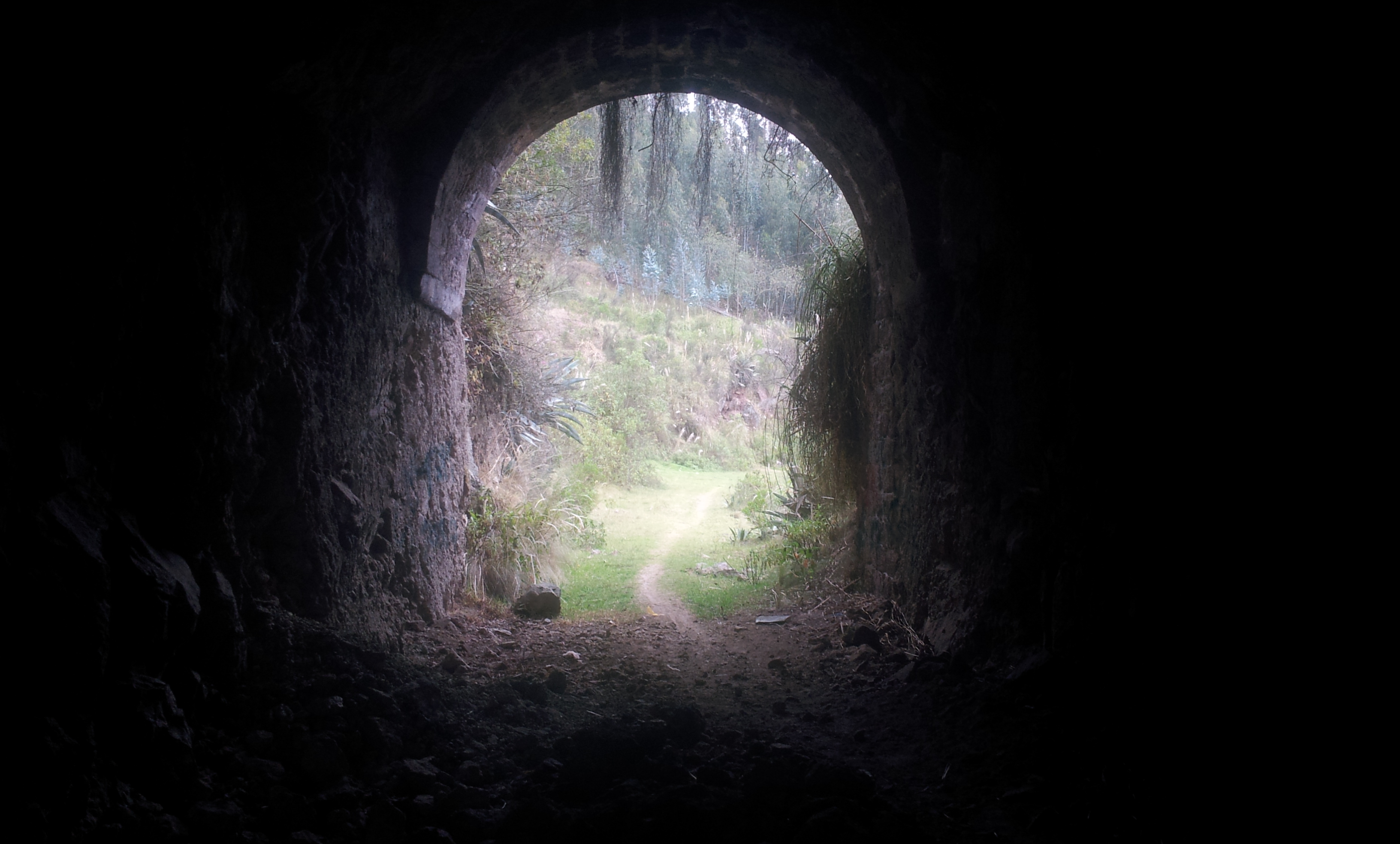 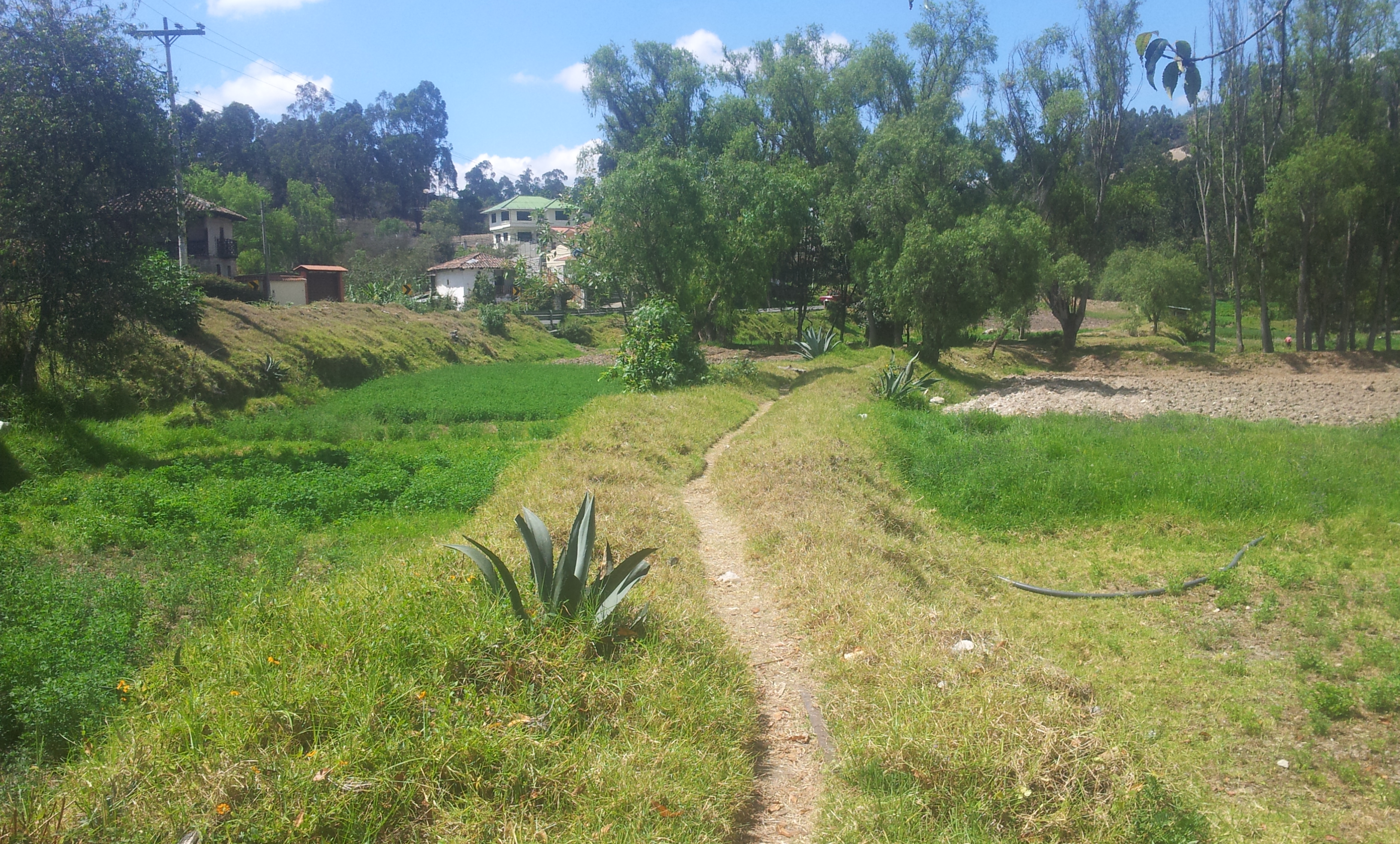 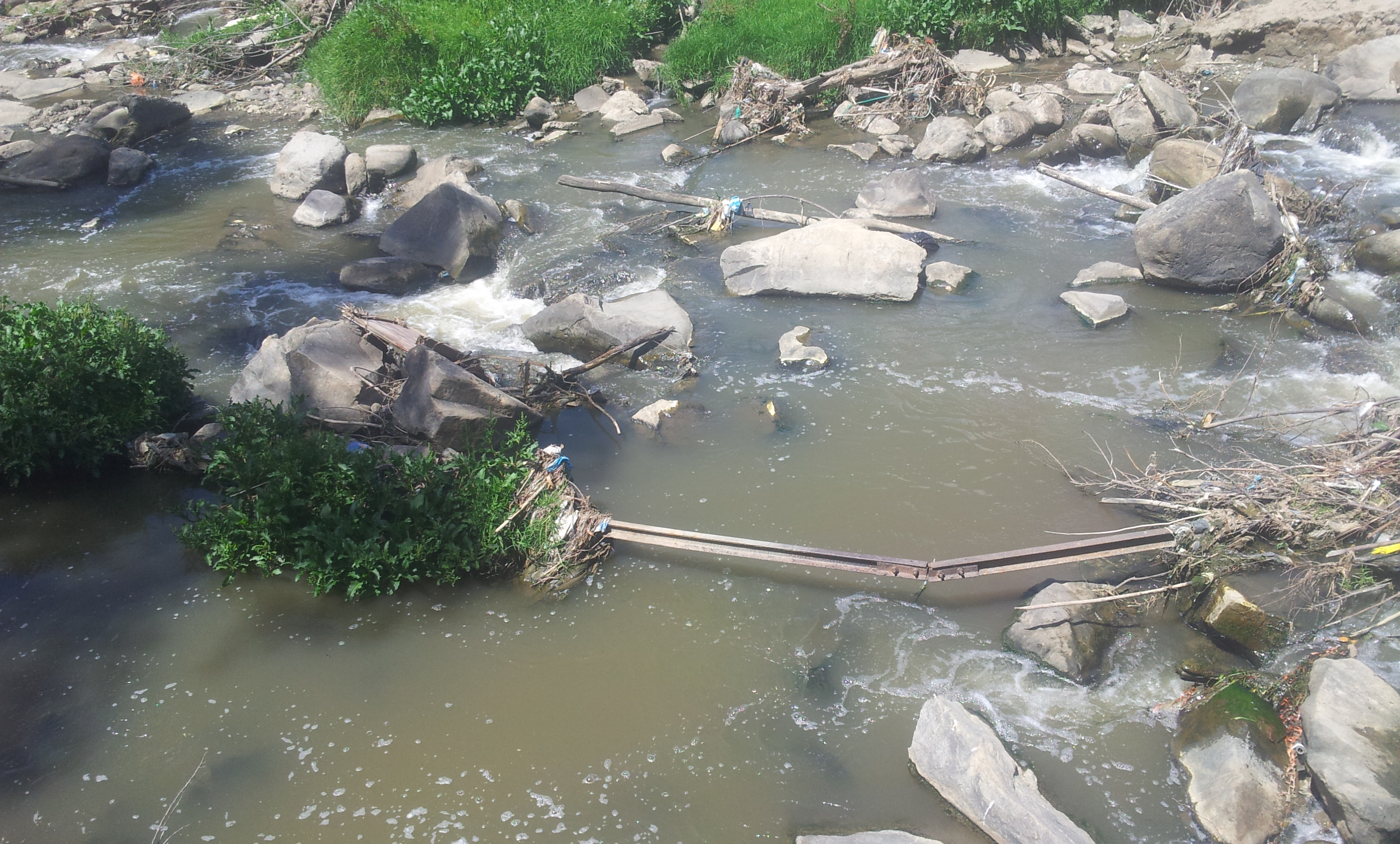 This particular section is unlikely to ever feature on the final TEMBR route! 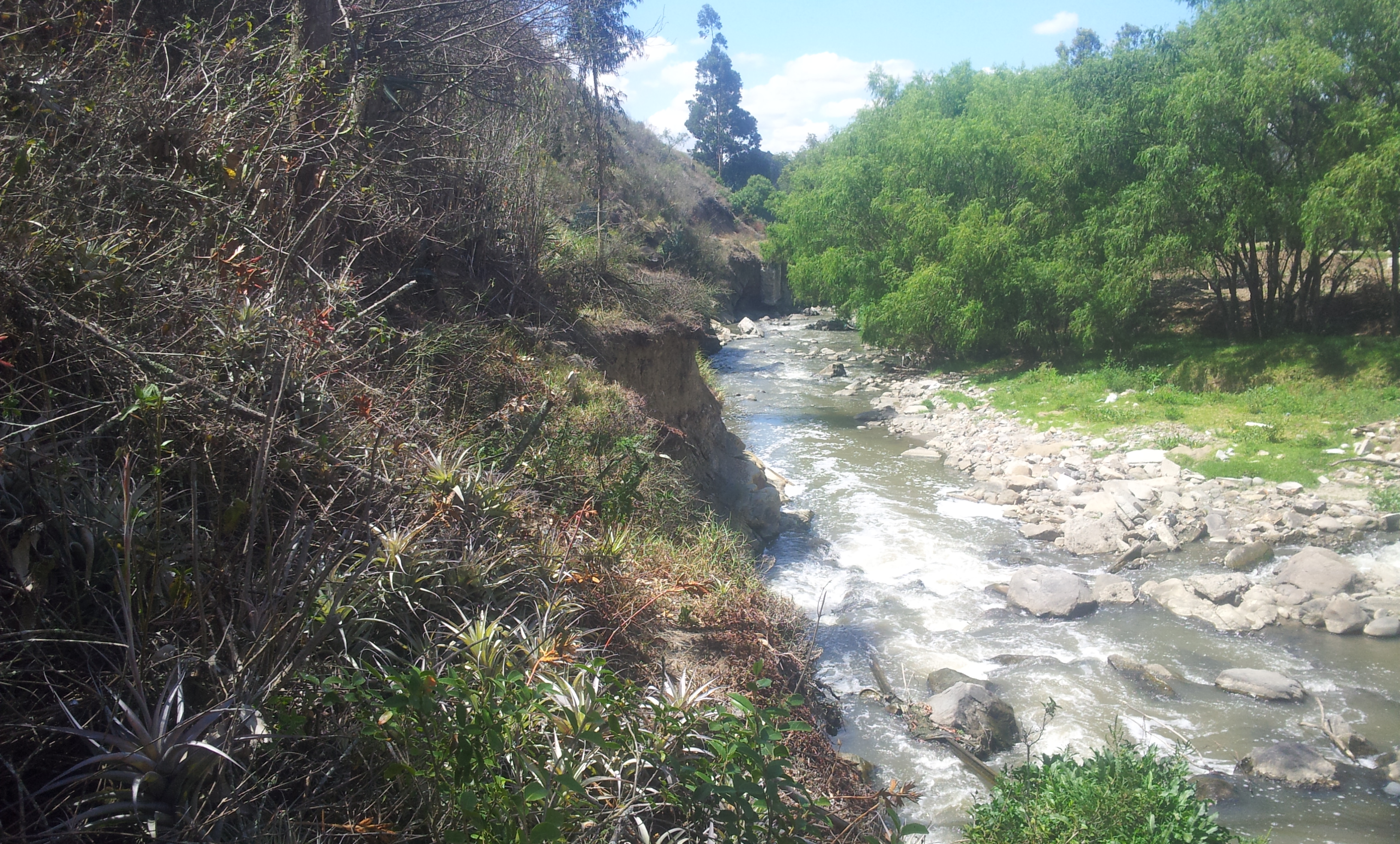 Eventually the railway route becomes impossible to follow on the outskirts of Cuenca as it passes into private property. It then re-emerges near a nice bike path that follows the main river leading you into the centre of town.

In Cuenca, I begin to think about delaying the trip south knowing that my current rate would mean cycling through Peru in the middle of the rainy season between January and April.  I decide to focus instead on climbing Ecuador’s highest peaks and visiting the touristy yet impressive Galapagos islands. The next posts tell that story.

Update: check out the main official report of the TEMBR at bikepacking.com for GPXs and a rather more elegant description of the route compiled by Cass.