After my overextended stay in Guatemala, it has been nothing short of awesome to be back on the bike again. Significant improvements in my Spanish after studying for a few weeks have really helped with interactions with the locals and it’s been a joy to have more than half comprehensible conversations.

My first day plan had been to have an easy 40 km but it ended up being more like 120 km, as I kept delaying the inevitable of having to find a place to stay. The final 20km involved multiple unsuccessful attempts at requests to camp in someone’s backyard (Antigua had been expensive) and I ended up in a reasonable hotel outside Chiquimulilla in a room 5 degrees hotter than it was outside. Since it was already 30+ C degrees, this was far from ideal. 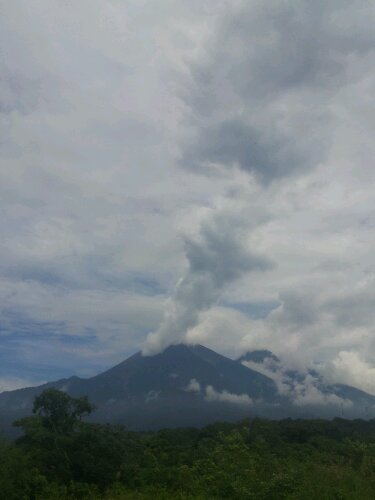 The active Volcán de Fuego and Acatenango (furthest, which I climbed several weeks before). Scenic pleasant downhill route from Antigua and Escuintla, although still shared with the maniac 'Chicken Bus' drivers 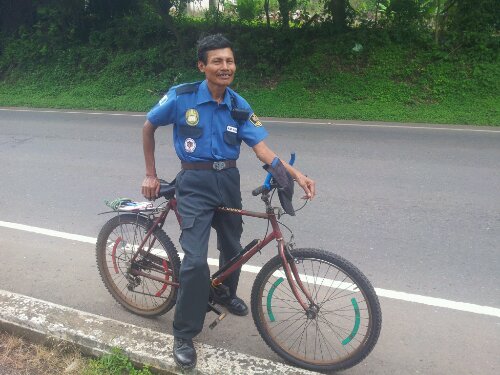 Fermin, the local bobby cyclist keeping the highway safe (ish), offered some useful tips for a place to stay although unfortunately none came to fruition 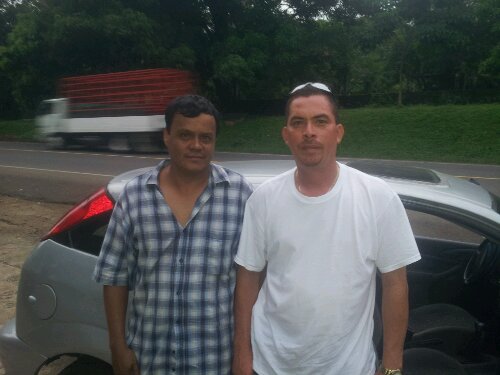 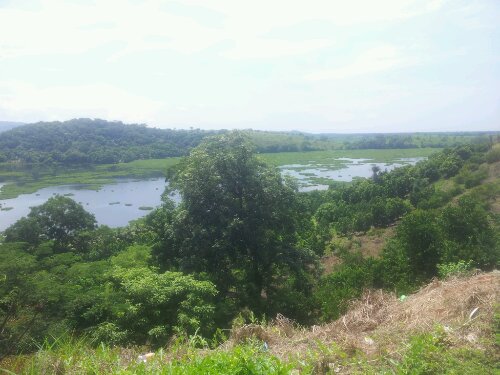 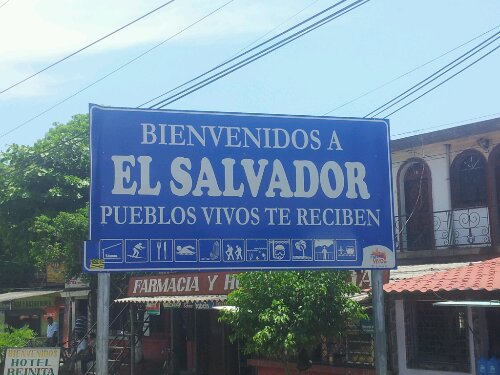 The next day was hotter but I had an unhindered border crossing into El Salvador and made it to the turn off for San Benito in El Imposible Parque Nacional in good time. (One of the largest protected areas of national park in El Salvador, so called because of its route previously used for transporting coffee across a perilous gorge from the northern farms to the port of Acajutla, numerous lives were lost. The route is now ‘possible’.) I had cycled around 80 km and felt a little weary from the high temperatures and perhaps not being quite as fit as I had been.  The sign said 13.5km to San Benito and the road started out quite pleasant with a moderate to steep incline in places. After a few km I met a couple of El Salvadoran tourists who said they’d just returned from the park and that the rest of the way was much flatter; or that’s what I thought he said…

What proceeded was possibly one of the hardest climbs of the entire trip (from a mental perspective since I had no idea what I was in for and thought I was practically there after a long hot day). That’s actually saying something too if you know the Dalton Highway or the GDMBR route. The first half was ok but the second half became much steeper; half the time the surface was a nice dirt road but the other half it became a large watermelon sized rock cobbled type surface.  This only appeared on the excessively steep sections which would have been rideable on normal dirt but became near impossible with this road surface; quite possibly designed in bicycle touring hell. I had to resort to the tedious affair of pushing my fully loaded bike up the steep rocky uneven surface for a number of kilometres whilst bewildered (friendly) locals stared at me. Rounding each curve on the all too short stretches of normal dirt, I started to mildly dread the possibility of more Calle de Empedrada. Reaching Hostal El Imposible after two and a half hours from the junction was an immense relief; I was extremely thirsty, hungry and tired and, to be completely frank, close to tears! 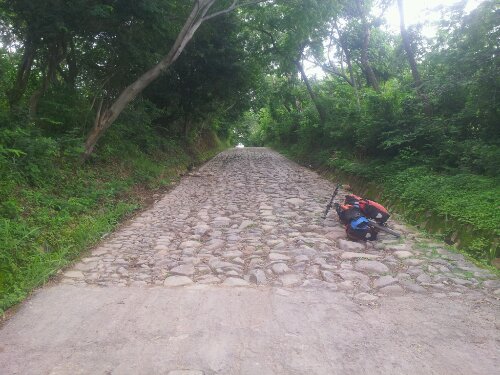 Let battle commence; this is MUCH steeper than it looks 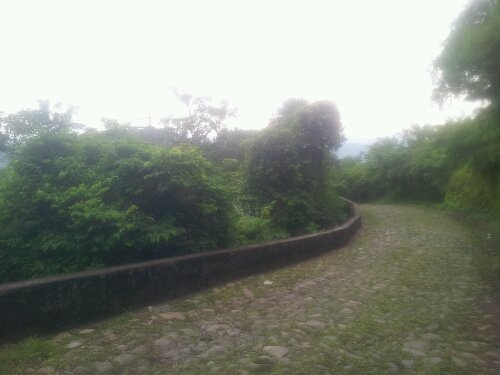 I stayed in the eco-friendly lodge (that supports the local community) for 3 peaceful days, enjoying the scenic and less hiked circuit up to Cerro El León ($6 park entrance, $10 mandatory guide); the staff there were awesome (Epi, Marisol and David) and the torment on the hill was worth it. It’s a gem of a place that I found hard to leave but my next adventure on Volcán de Santa Ana was calling me.
(Coming from the border, the turnoff to San Benito is several kilometres after the town Cara Sucia). 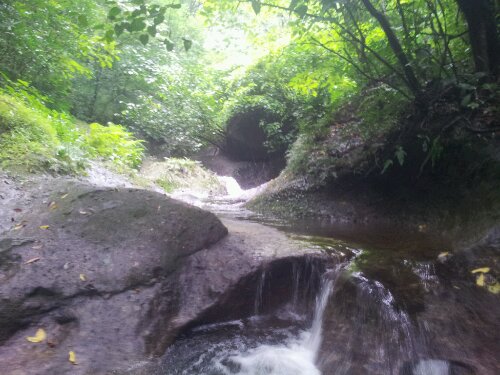 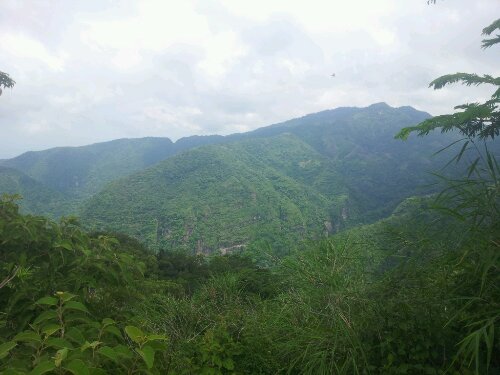 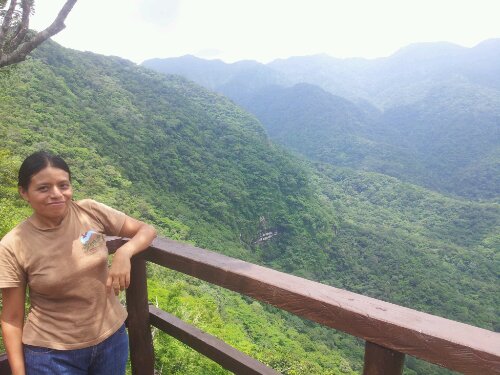 2 thoughts on “Antigua to El Salvador (finally!) – a road designed in bicycle hell?”