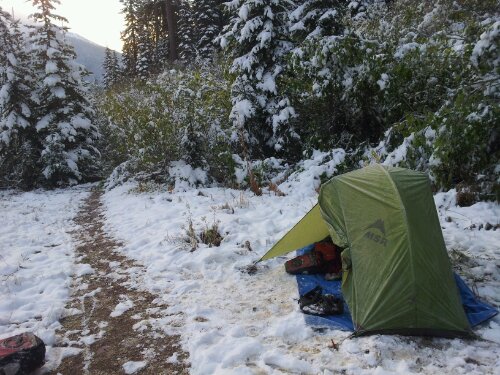 Camping just after the pass at around 6000 feet between Clearwater Lake and Seeley Lake. The snow slowed me down significantly so I ran out of daylight and it became too dark to descend safely. 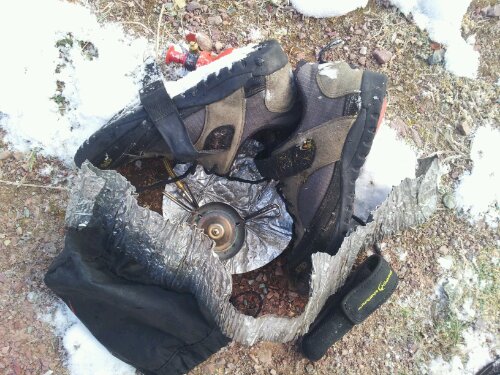 After making the mistake of leaving them in the vestibule of my tent over night, my shoes became ice blocks and I had to thaw them out over my stove just to put them on. 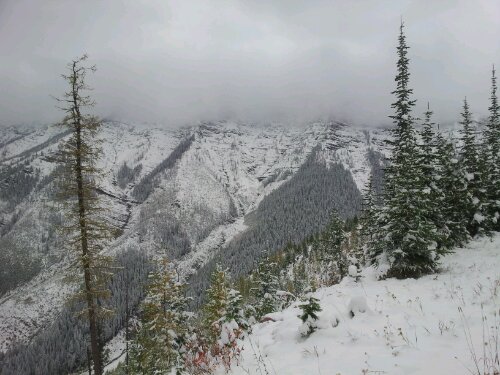 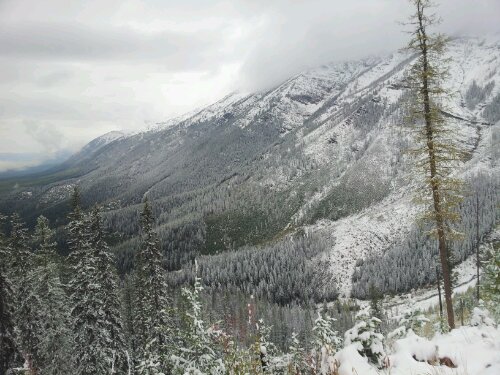 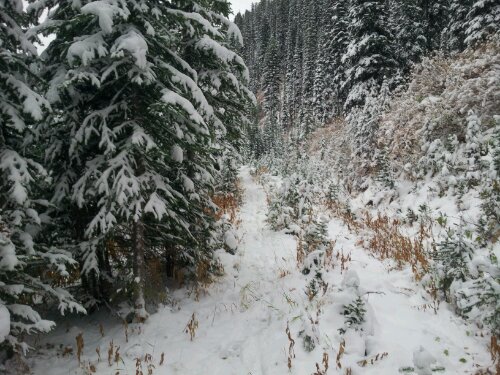 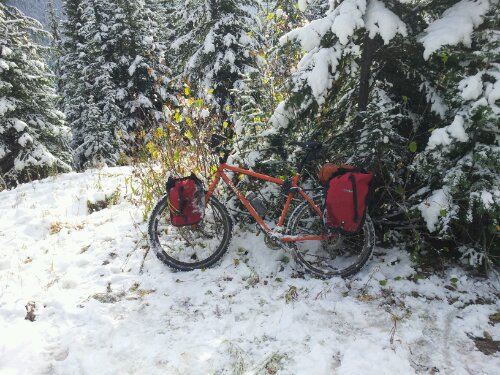 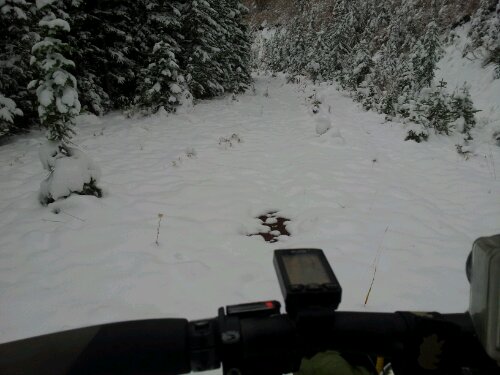 …all good fun when it’s midday but slightly concerning when you’ve only got half an hour of daylight left, 2000 feet to descend and 15 miles to the nearest town.

Video:
Descending in the snow
More snow descent with view at the end

Earlier that day I saw a lot more wildlife than usual including a herd of elk, pack of wolves and numerous white tailed dear. At one point, I rounded a corner and unfortunately surprised a herd of elk; this startled them into action and they took off at high speed. As they rushed to escape, one of them fell and impaled itself onto an eight foot branch. It then ran with the branch in its side for about 30 metres before it fell out. Large amounts of blood pumped out of its side as it disappeared from view. Almost certainly a fatal injury I continued on feeling sad that such a large animal could perish from such a random and pointless accident. No doubt it would either die from blood loss or be easy prey from a predator such as a bear or wolf (or hunter); I like to think it survived somehow. 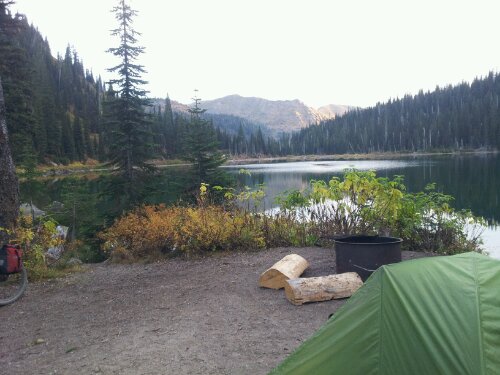 Earlier in the week; camping at Red Meadow Lake during a warmer spell. 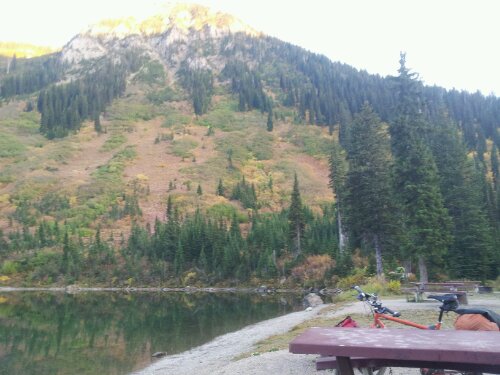 Another shot of Red Meadow Lake. A local hunter I met up there told me the lack of trees was due to snow avalanches;a fairly treacherous place to be at certain times of the year. 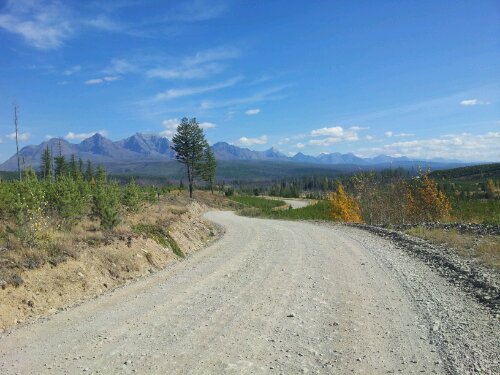 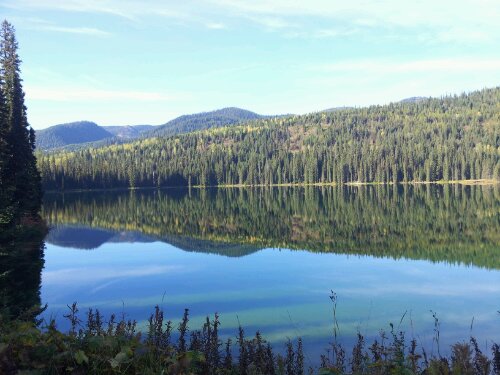 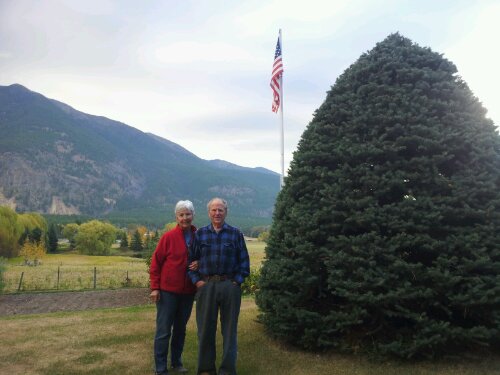 Tom Arnone with his wife Pat. Kind people and great company who welcome people cycling the Great Divide trail to camp on their lawn (just south of Columbia Falls); they took good care of me. We had a good chat about our shared interest of Polar explorers Shackleton & Scott.

Earlier that day I swung by the Bull Dog in Whitefish for a very delicious burger; Michele, who I’d met at Red Meadow Lake kindly bought the burger (and cooked it!) for me. These acts of kindness from newly met friends are a real boost and I was hugely appreciative of the gesture. Afterwards, I headed down to the Red Caboose for some frozen yoghurt and much needed extra calories; highly recommended (thanks Anna and Mikey!).