OK no bear attacks or dangerous river crossings on this one (for me anyhow) but the past week has been another exceptional week in Alaska.  I headed south and then east from Denali National Park down the 135 mile long Denali Highway. Yet another misleading description for a road in Alaska; this is most definitely not a highway. I would say it is closer to a 4 wheel drive muddy track when raining and wet, which it was at times. However, two of the four days were ‘the best they’ve had all year’ according to McClaren River Lodge where Belinda, Brie & Megan are working out the remainder of their summer. Great spot at milepost 42 for some food; drop by and say hi if you’re on this deserted ‘highway’ that’s mostly frequented by holiday homes and hunters. It seems they’ve shot all the bears because I didn’t see any, although I did hear that a man was recently mauled when he stumbled on a grizzly with a fresh kill (shared with me by Megan); not an ideal situation. Apparently he shot the bear through the mouth and it still kept coming (possibly just making it angrier). I’m going to stick to bear mace (worked for me) though unfortunately I lost mine whilst stripping off for the main climb at around milepost 41. This resulted in a slightly more ‘nervy’ camping experience last night; I ensured I found an open spot so no cheeky black bears would have any cover.

Then at around midnight there was a magnificent display of ‘northern lights’; a bizarre phenomenon only found near the polar ice caps (someone told me also prevalent at the south pole); I’m sure Google Images will have some photos but unfortunately it was far too dark to film with my kit. However, lying there with the tent open, the totally clear night sky, the open alpine landscape and the spectacular mountain back drop is one that I’ll never forget. It’s just the sort of reason I came in this trip.

In fact it was an end to a perfect day, just hours before I had been flying down from the mountain summit wondering what I’d done to be so lucky; I let out a legitimate and almost uncontrollable ‘whoop’. There was no risk of anyone hearing; I was on a virtually deserted road in scenery I’d only ever dreamt of, I felt privileged to be there. 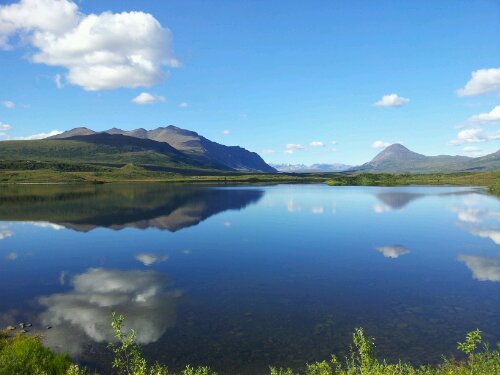 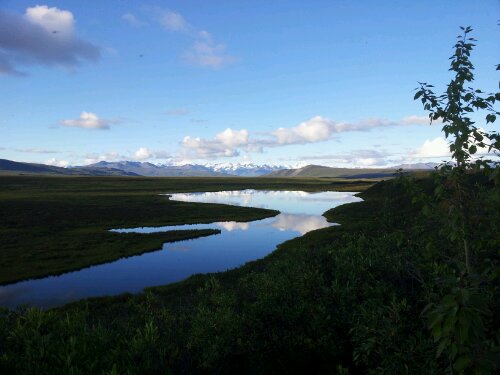 Did someone spill some mercury? 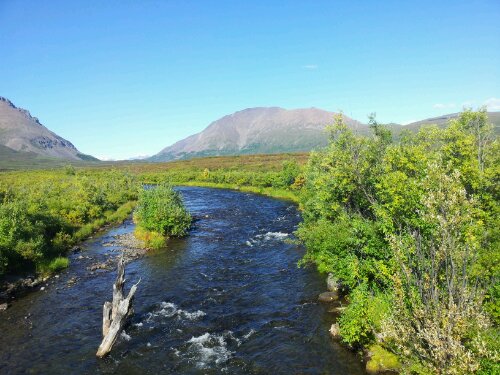 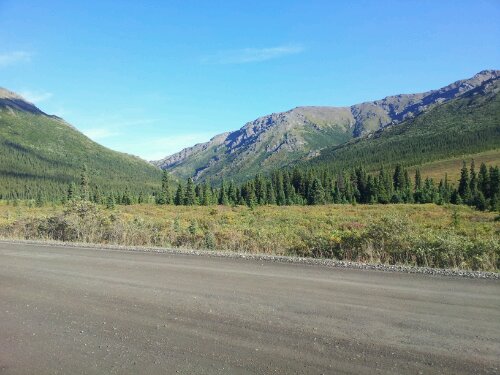 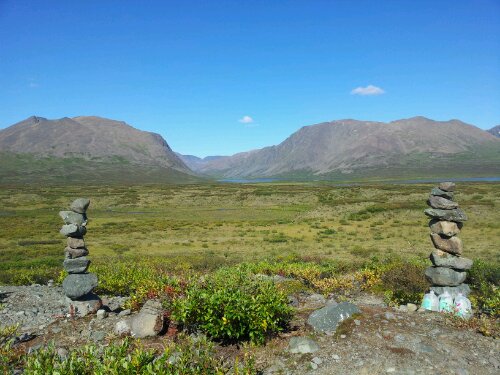 The next day (today) was the polar opposite with constant drizzling rain soaking through to my feet and legs and I nowhere to hide. I accepted the huge contrast in days with good grace knowing that there would probably always be hardship to pay for such euphoric experiences; a trade that I’m happy to make. I put my head down and pushed out 80 miles finding some shelter under an awning at the Gakona Junction where I’m writing this post before being able to send it in Tok in two days time. Look for the Espresso sign and say hi to Louise; I immensely enjoyed her chocolate milkshake and ham, egg and toasted cheese sandwich. Perfect fuel for the next day. 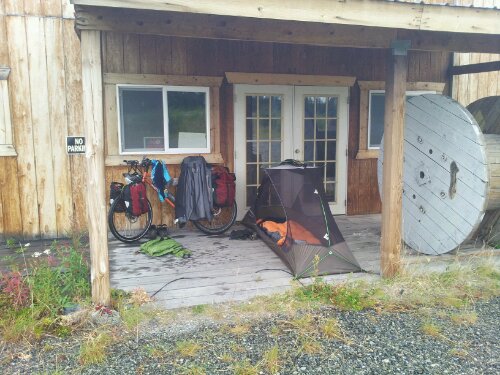 5 thoughts on “Denali Highway and the Aurora – Northern Lights”